The Montréal Carabins got their first win of the U SPORTS Women’s Soccer Championship when they eclipsed the York Lions 2-0 On Friday afternoon at Centennial Stadium.

“We were really happy with this result today after a hard game yesterday. We were’nt happy with how we performed yesterday. Today, we wanted to play our game our way,” said Carabins defender Marie-Ève Bernard O’Breham. “We are happy we had a chance to play our best and now we get to play again on Sunday. We are proud of our effort today.”

The Lions looked sharp early, as Kalifornia Mitchell launched a strike on net from 22 yards but saw it get swallowed up rather easily by Carabins keeper Catherine Langelier.

The Carabins responded with a corner in the 22nd, when Chloe Decelles mad a great effort to flick a shot on net, but Danitza Indacochea swatted it away with her left hand. 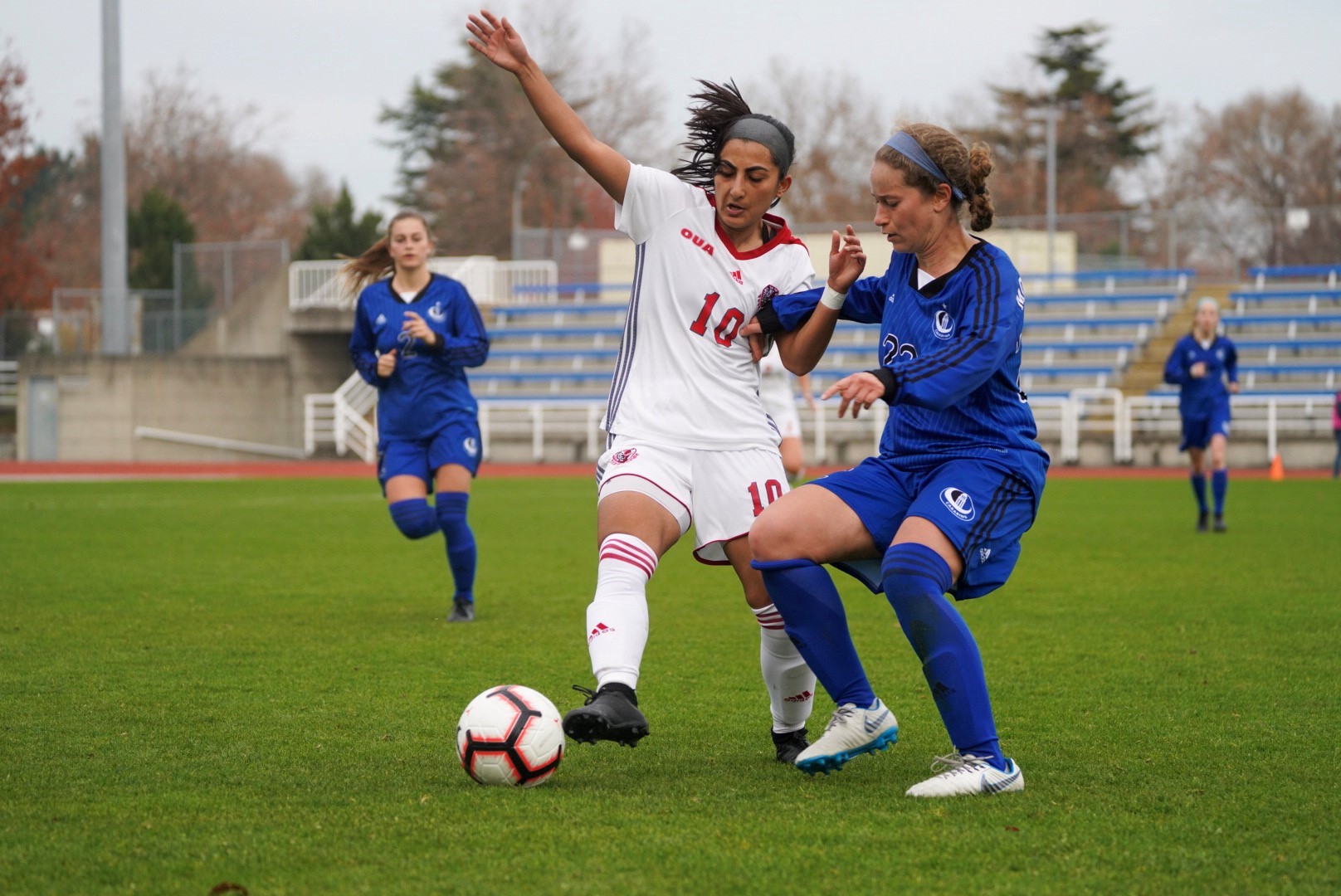 Six minutes later, Jotam Chouhan scorched a free kick from roughly 30 yards out. Langelier kept the Lions off the board with a spectacular diving save to her right.

Mégane Sauve gave the Carabins the lead during stoppage time in the first half when she took a through ball from Leila Boudjelal and ripped it past Indacochea.

The Carabins carried that momentum into the second half when Nahida Baalbaki spun and fired with the left foot from just outside the 18-yard box and drilled a shot underneath the crossbar.

Joselyn Gagliardi tried to get the Lions going in the 69th minute with a blistering shot from 25 yards out, but Langelier tipped it just over the crossbar.

The Carabins will now enjoy an off day and will battle the winner of the host Victoria Vikes and the Cape Breton Capers in the fifth-place game on Sunday morning at 1 p.m. ET / 10 a.m. PT. With the loss, the Lions’ tournament came to an end.

“I played my heart out today and left it all out there for the girls,” said Chouhan.

“We are a young time and we played really nervous yesterday” said Bernard O’Breham. “Today, we just went out there and were playing to have fun with less pressure. We felt like that made a big difference. We just went on the field and had fun.”