The Acadia Axewomen were the first team through to the semifinals at the 2019 U SPORTS Women’s Soccer Championship, following their 2-1 victory over the York  Lions on Thursday morning at Centennial Stadium.

The Lions struck in the ninth minute, when Kendra Saxton tapped in the first goal of the tournament at the back post, off a cross from Vanessa Salvaggio. 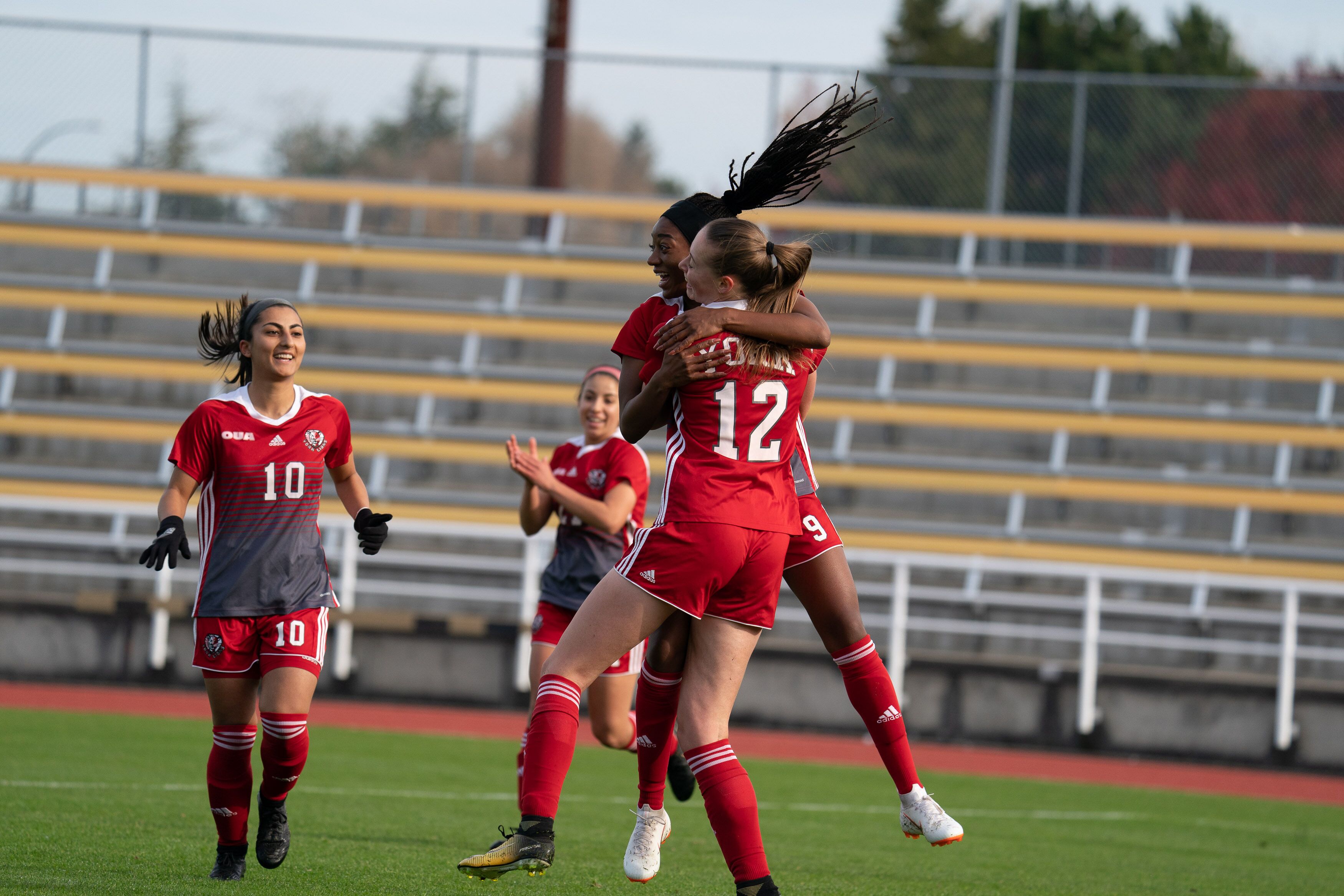 “We learned from our mistakes when we went down early and lost in the AUS final by not playing our game,” said Axewomen defender Lauren Jodrey. “In this one, we kept playing, kept doing our jobs, remained calm and pulled through.”

Just before half, a lions defender helped keep the Axewomen off the board by breaking up a threatening cross by Teagan Strachan in her own six-yard box.

The Axewomen came out strong in the second half, as Grace Longley blasted a shot on net but the fourth-year keeper Danitza Indacochea made the diving stop. The rebound rolled all the way outside of the 18-yard box where Destiny Lutz stepped up and cranked a strike for the tying goal in the 49th minute.

The Axewomen tightened up the defence in the 67th minute when off a corner, Teni Odetoyinbo and Hayley Walsh tried to drill in attempts off a corner, but Sarah Charnock and her back line stood tall.

Jotam Chouhan launched a bomb from just inside half at the 70th minute for the Lions and nearly snuck it under the crossbar, but Charnock managed to get her fingertips on it. 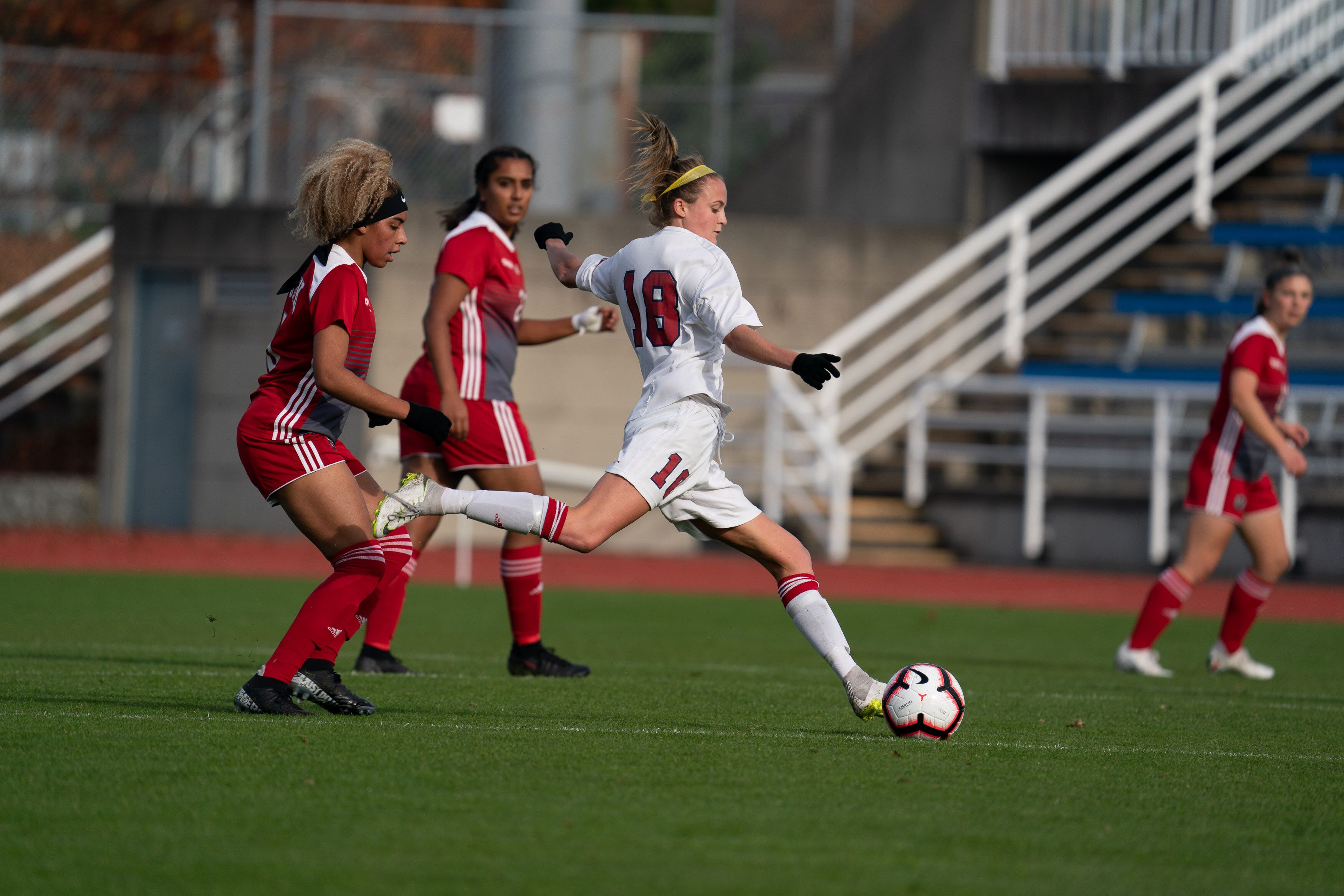 The deadlock was broken when Joselyn Gagliardi tried to pass back Indacochea, but Jenna Boudreau ambushed the pass, wrestled it away from Indacochea and booted it into the open cage from 10 yards out in the 71st.

The Axewomen advance to the semifinals on Saturday at 3:30 p.m. ET / 12:30 p.m. against the winner of Thursday’s second quarterfinal between the UBC Thunderbirds and Montreal Carabins. The Lions will play the loser of that game on Friday in the consolation semifinal at 4:30 p.m. ET / 1:30 p.m. PT.