Mégane Sauve broke a scoreless draw in stoppage as the Montreal Carabins toppled the host Victoria Vikes 1-0 on Sunday morning at Centennial Stadium.

The bouncing strike from Sauve from outside the 18-yard box snuck past Vikes keeper Puck Louwes, giving the Carabins the fifth-place finish.

Both goalkeepers performed admirably in the consolation final.

Louwes got a little lucky in the 12th minute after she couldn’t handle a strike from Erika Bastien. Louwes fumbled the ball right onto the boot of Katya Houpert by the right goal post. The France native tried to tap it into the net, but the ball rolled off her foot and onto the outside of the net. 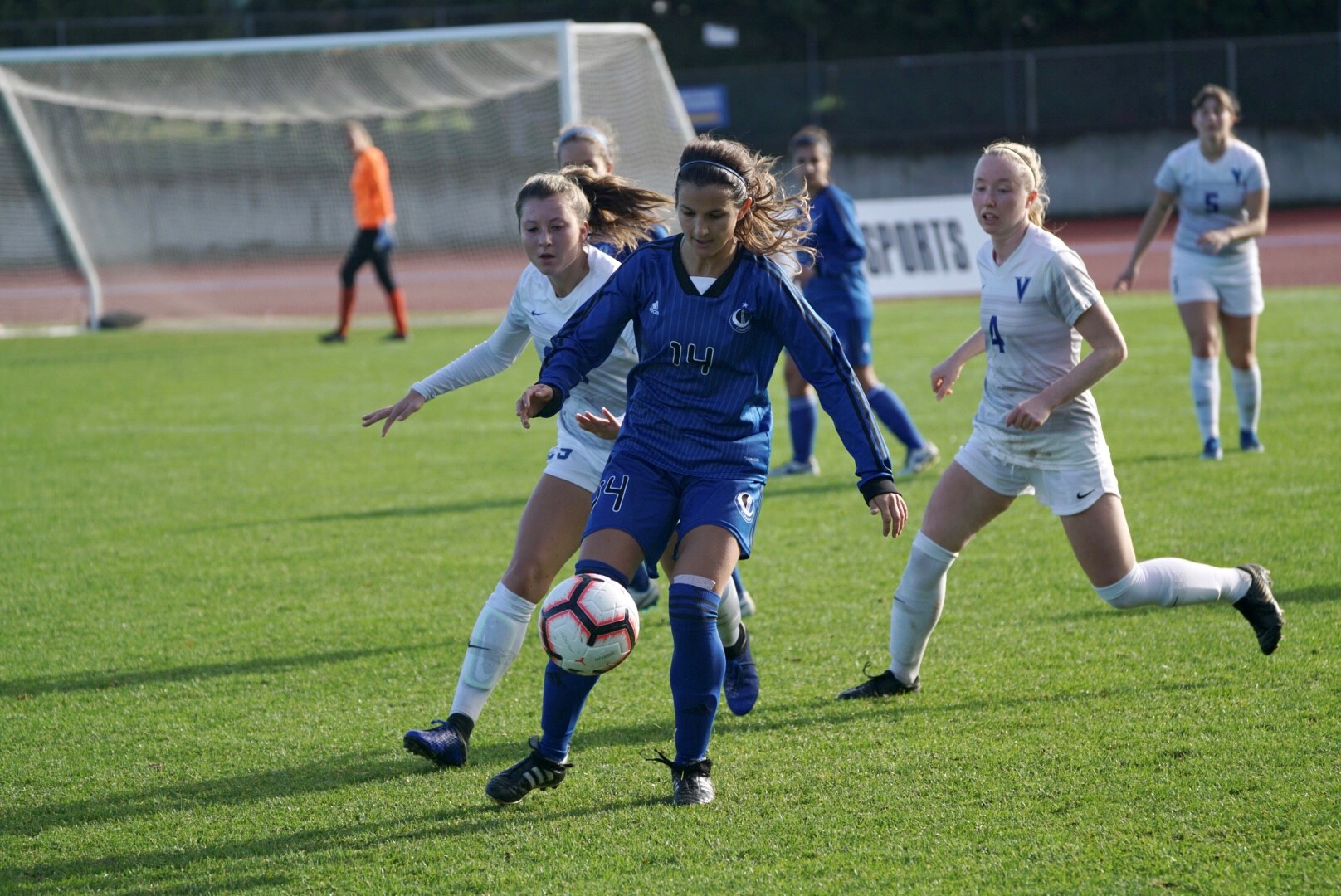 Scoreless in the 51st minute, Carabins defender Cholé Decelles was issued a yellow card for a reckless tackle just outside her own 18-yard box. Vikes fifth-year defender Rachel Baird took the free kick and slammed it off the crossbar. The ball bounced around for a few minutes until the Carabins finally cleared it from the danger zone.

Seven minutes later, the one of the four new subs to start the second half for the Vikes nearly set up the game’s first goal.

Graduating fourth-year forward Natalie Cavallin used her body to shield the ball from a pair of Carabins defenders. Once she got an opening, she crossed one into the box for Trinity Kettyls, who attempted a diving header. Catherine Langelier wasn’t caught off guard and made the save for the Carabins.

Presley Rangel nearly recorded her second goal in as many games for the Vikes when she fired a scattered corner piece just to the left of the top corner in the 64th minute. 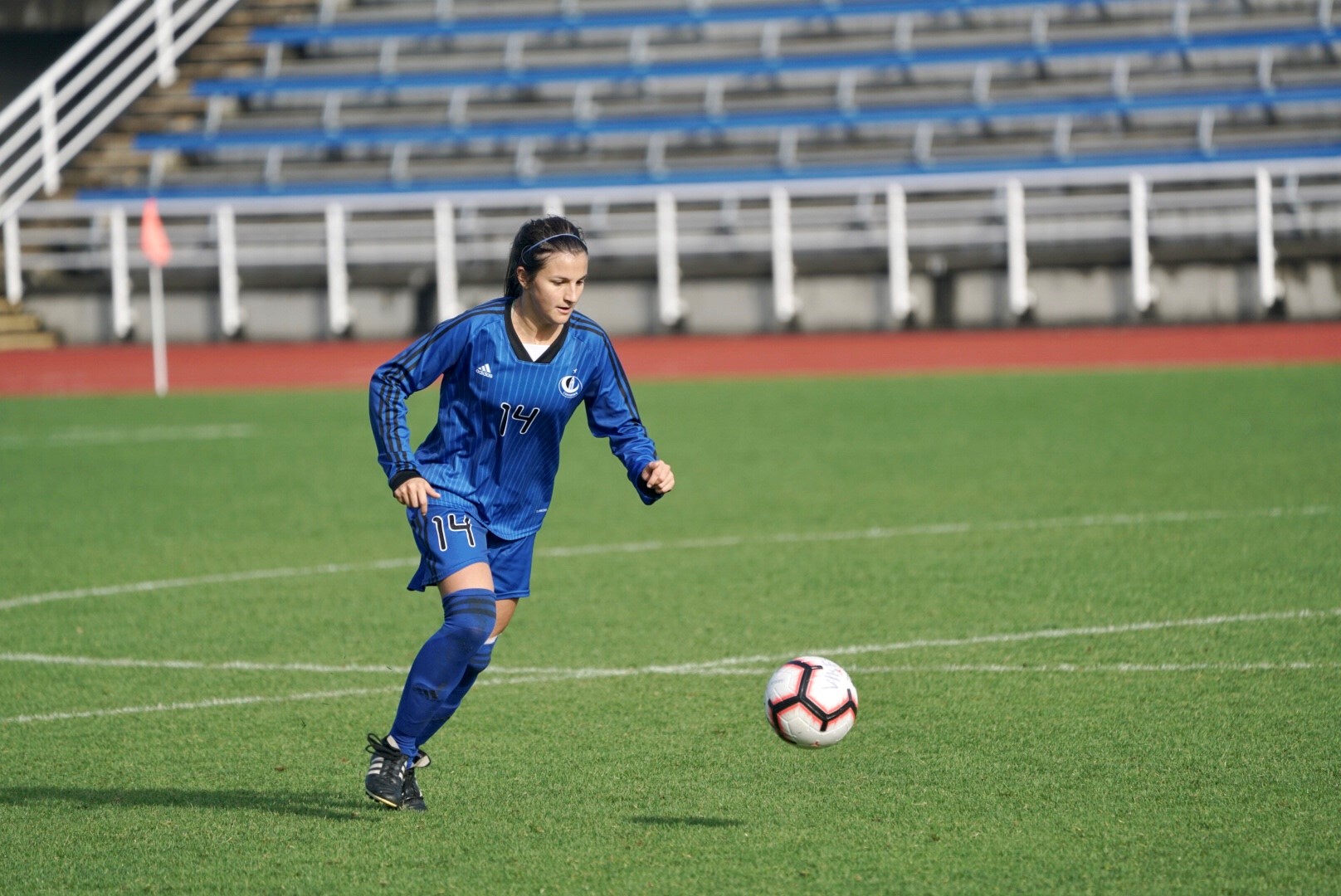 Romy Longpre nearly netted her first snipe of the tournament for the Carabins in the 73rd minute. She spun and fired from 15 yards out but struck the right goal post.

Three minutes later, Brea Christie took a feed from Emma Skalik down the right flank. Christie cranked one high, but Langelier got her left hand on it to deflect it out of play.

Still deadlocked in injury time, Sauve finally came through with the winner to seal the victory.

“It’s quite nice to finish the tourney with a good result,” said Carabins defender Rose-Marie Julien. “We pushed to get a goal and Meagane did well to finish one late like that.”

For the Vikes, it was only their second goal allowed of the tournament.