“Obviously, penalties are a little terrifying,” said MacKay. “We all had so much faith in our keeper. She’s incredible and we went into the penalties with a bunch of confidence. We proved that we deserved to be here as much as everyone else.”

With a medal on the line, both teams started slowly, feeling each other out, keeping the ball on the ground and creating soft chances. Both goalies were forced to clean up balls in their area in the first 10 minutes though neither team had solid shots on net.

Acadia pressured Toronto into a couple of precarious turnovers in the box around the 12th minute but were unable to capitalize on either chance. Acadia’s Jenna Boudreau got her foot on a long cross early on but the eventual shot sailed high. A trio of shots came from the Varsity Blues in a 19th minute scramble only to be blocked by Acadia bodies doing their best to alleviate the threat.

Toronto’s Jenny Wolever began to find some space at the half-hour mark creating chances for Erin Kelly and Miranda Badovinac. Grace Longley had a promising individual run in the 35th minute that tested Staggolis but stayed out of the net. An interception by Wolever in the 41st minute resulted in a breakaway and credible shot on net. A couple of long-range shots by the Varsity Blues looked promising in the dying moments of the half but in the end, the game remained deadlocked at zero. 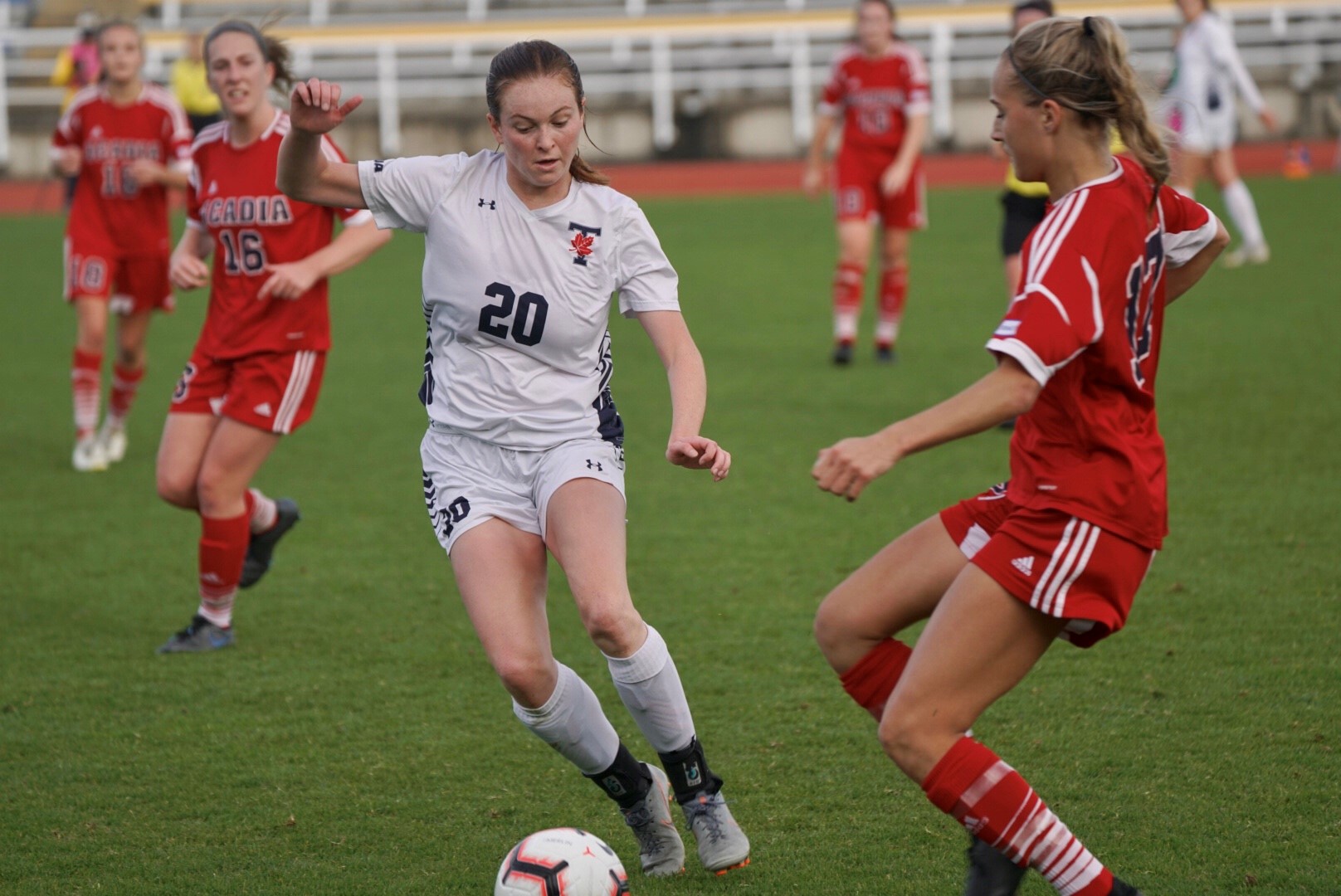 Acadia came out strong in the second half registering their first shot 40 seconds in. Continued pressure by the Axewomen saw plenty of chances through free kicks and corner kicks. Toronto started to sustain some pressure at the hour mark with Wolever’s speed and fancy footwork creating fits for the Acadia defence. A 65th minute cross from Wolever to Badovinac created a quality opportunity that was snuffed out by Acadia keeper Sarah Charnock.

Jenna Boudreau tried to finish the game with a shot in the 83rd minute that just grazed the post. Regulation time settled nothing as the team went straight into penalty kicks where the Varsity Blues triumphed. 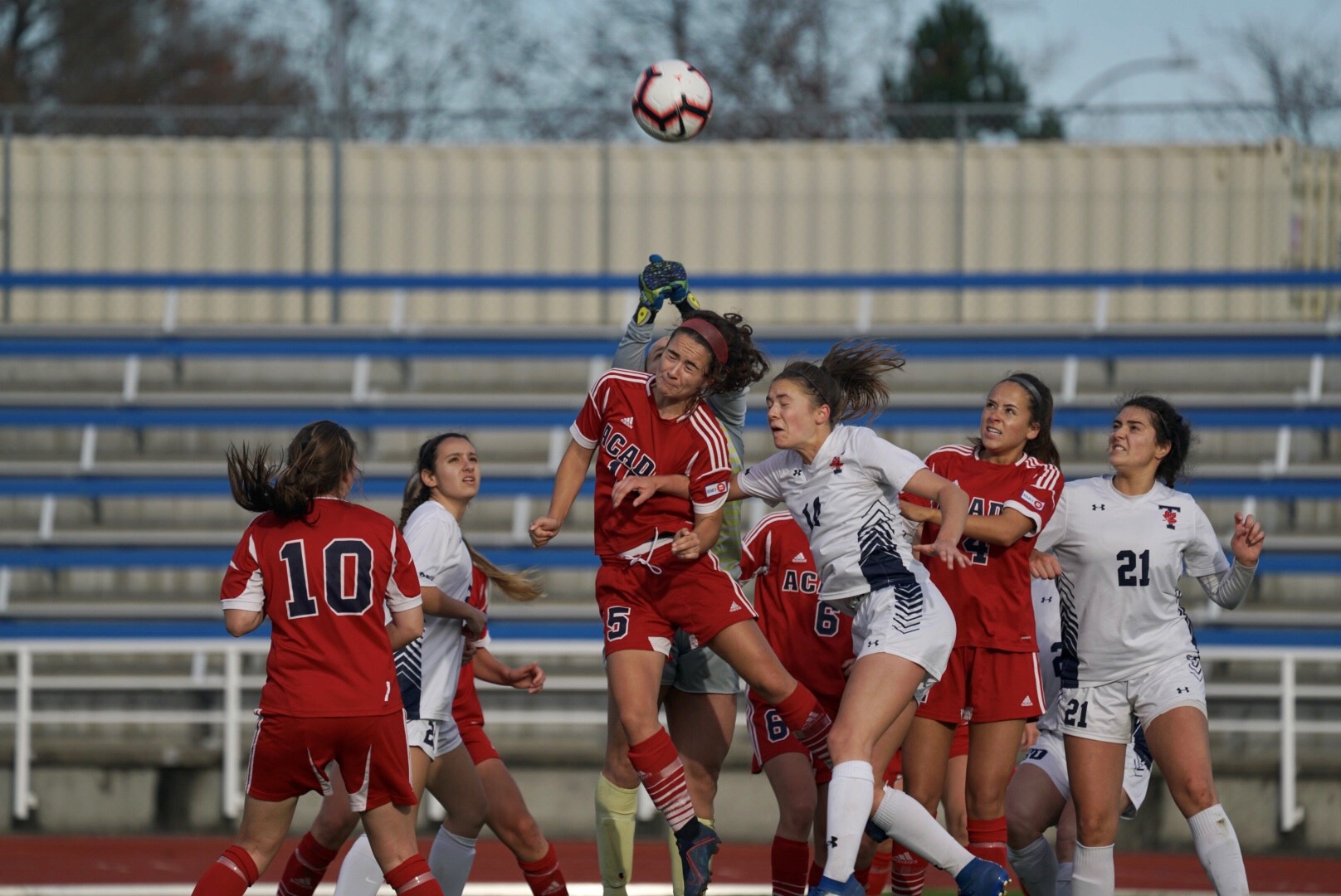 “We had faith in everyone on this team. The result is what it is,” said Acadia player of the game Lauren Jodrey. “We’re a good team, they’re a good team. It’s too bad the result wasn’t what we wanted, but this was a great tournament for us.”

The third-place finish was a positive one for MacKay, with the Vancouver native sharing the moment with her biggest supporters.

“It’s fantastic (playing close to home),” said MacKay. “The only thing better than being here competing is having my family here to watch me. It was pretty incredible.”