Sydney, NS – The Queen’s Gaels captured the consolation final match at the 2021 U SPORTS Women’s Soccer Championships with a 3-0 victory over the host Cape Breton University (CBU) Capers on Saturday evening.

In the 64th minute sophomore forward Jenna Matsukubo of the OUA champions made no mistake, unleashing a strike into the right top corner behind Caper junior keeper Haley Kardas.

Just over five minutes later, off a cross, Matsukubo headed home her second tally of the contest to make it 2-0.

The Gaels extended the advantage – with their third goal in just more than eight minutes – on a corner kick from fifth-year senior Hanna Melchiorre.

Early in a tight-marking first half, senior forward Christie Gray of the Gaels tested Kardas, who made an easy stop.

On the first set piece – which came in the 16th minute – freshman midfielder Ally Wilton’s corner kick pinballed around the 18-yard box before the Gaels cleared the ball from harm’s way.

In the 33rd minute, off another Wilton corner kick, senior defender Madison Lavers connected on a strike – from 25 yards away – that Queen’s freshman keeper Kirstin Tynan snagged.

In the latter part of the first half, the Gaels threatened on a couple of occasions.

After a great run to the middle by Gray, fifth-year midfielder Victoria Chia’s hard strike sailed just over the crossbar behind Kardas.

Moments later, Gray fed a nifty through ball to Matsukubo, who challenged Kardas, but the match remained scoreless.

In extra time, just before heading to the locker room, fourth-year midfielder Amelia Carlini got her head on a corner kick from Wilton, but the shot went wide of the right goal post.

In the opening moments of the second half, the Capers came close to taking the lead, when sophomore Alliyah Rowe made a nice run to the top of the 18-yard box before the ball ended up on the left foot of second-year forward Erin Freeman, whose deflected strike trickled just wide of the goal. CBU came up empty on the ensuing corner kick.

Queen’s could not break the seal on scoring with consecutive corner kicks shortly after the CBU opportunities.

In the 51st minute, the Capers garnered a free-kick chance because Freeman was hauled down while making a move. After Rowe stepped over the ball, Carlini blasted a shot that rang off the goal post behind Tynan. A pair of CBU players almost poked home the rebound as the ball was momentarily loose along the goal line.

A short time later, Queen’s responded but Gray put her blast off the goal post.

CBU came back with a counter punch, but first-year forward Abby MacNeil lofted a shot just over the cross bar.

In the 57th minute, off a Queen’s corner kick, Kardas rose to corral the ball, and then juggled it in heavy traffic, but she was able to retrieve it.

With the second-half pace continuing to quicken, the Capers collected another corner-kick opportunity, which Wilton lofted into the box, but none of her teammates could challenge the Gaels’ defenders.

In the final five minutes, off another Wilton corner kick, junior Amy Lynch missed the net with her shot.

After making some slick moves against a couple of defenders, Rowe took a shot from distance that drifted out of play.

The Gaels finished the tournament at 2-1, while the Capers ended up with a 1-2 mark. 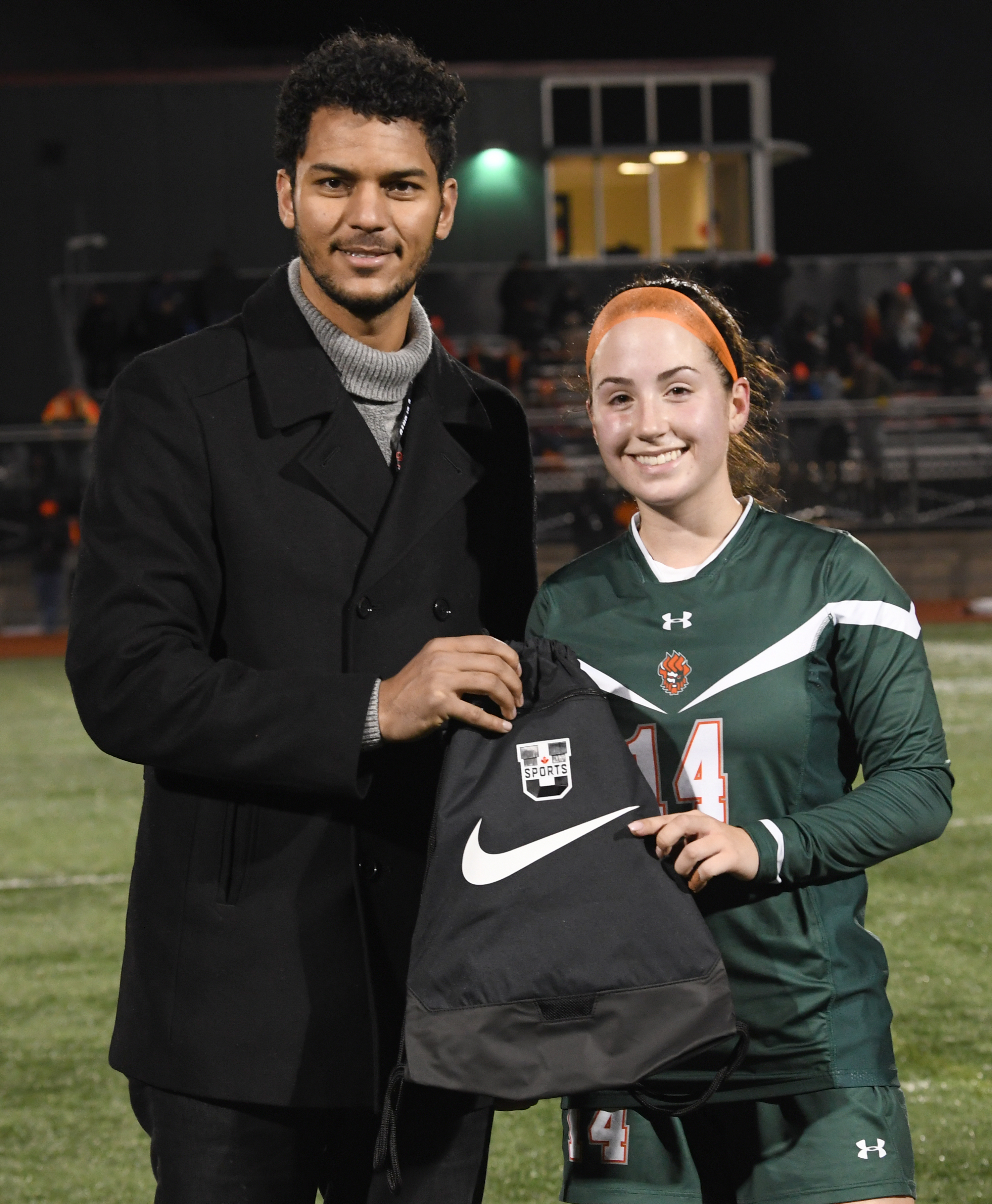 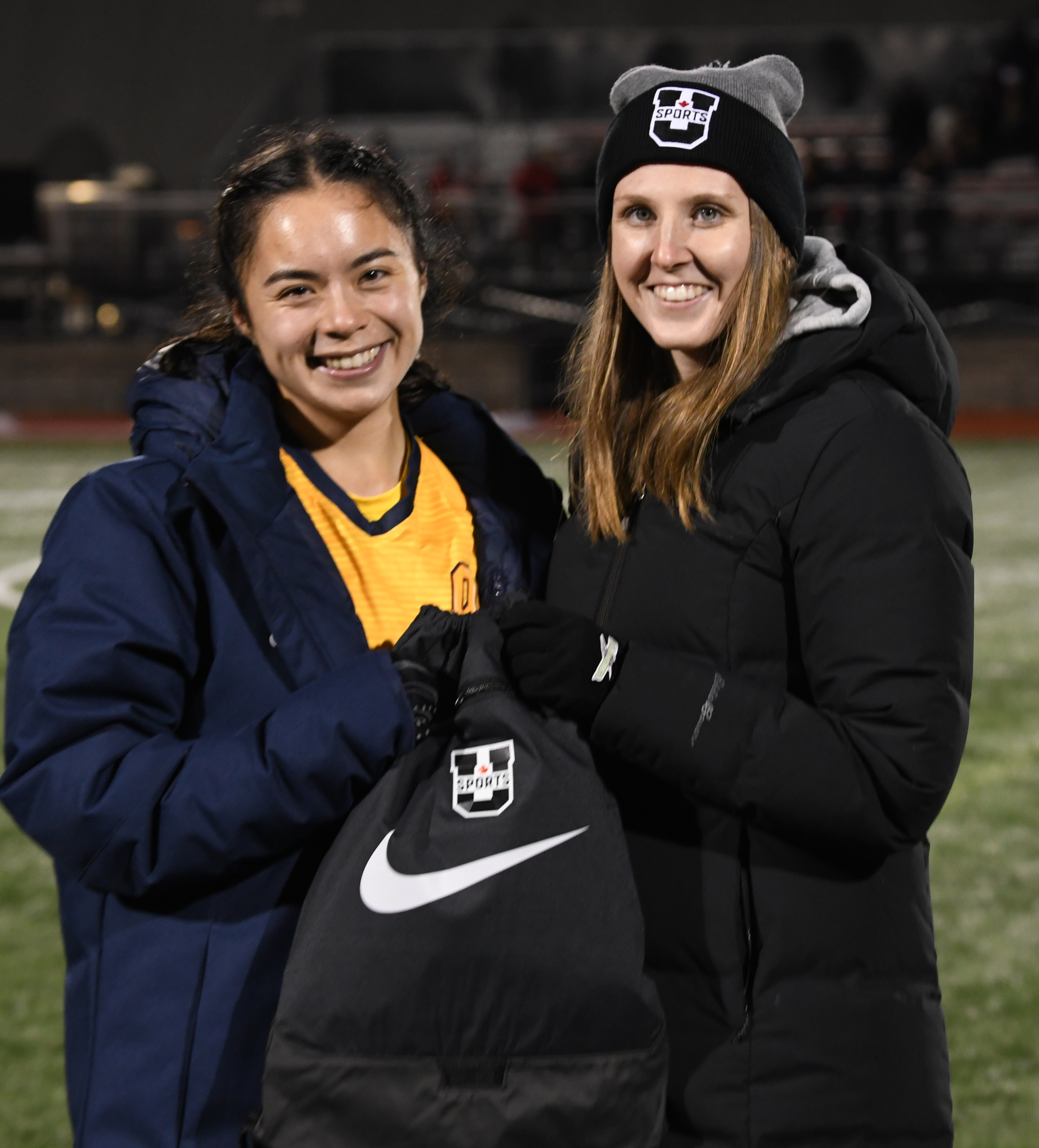