Sydney, NS – The Laval Rouge et Or captured bronze on Sunday afternoon at the 2021 U SPORTS Women’s Soccer Championships, besting the UBC Thunderbirds in penalty kicks after a scoreless draw in regulation time.

It was a third-place matchup of recent national champions, with Laval having won gold in 2016, while UBC achieved the feat in 2019. 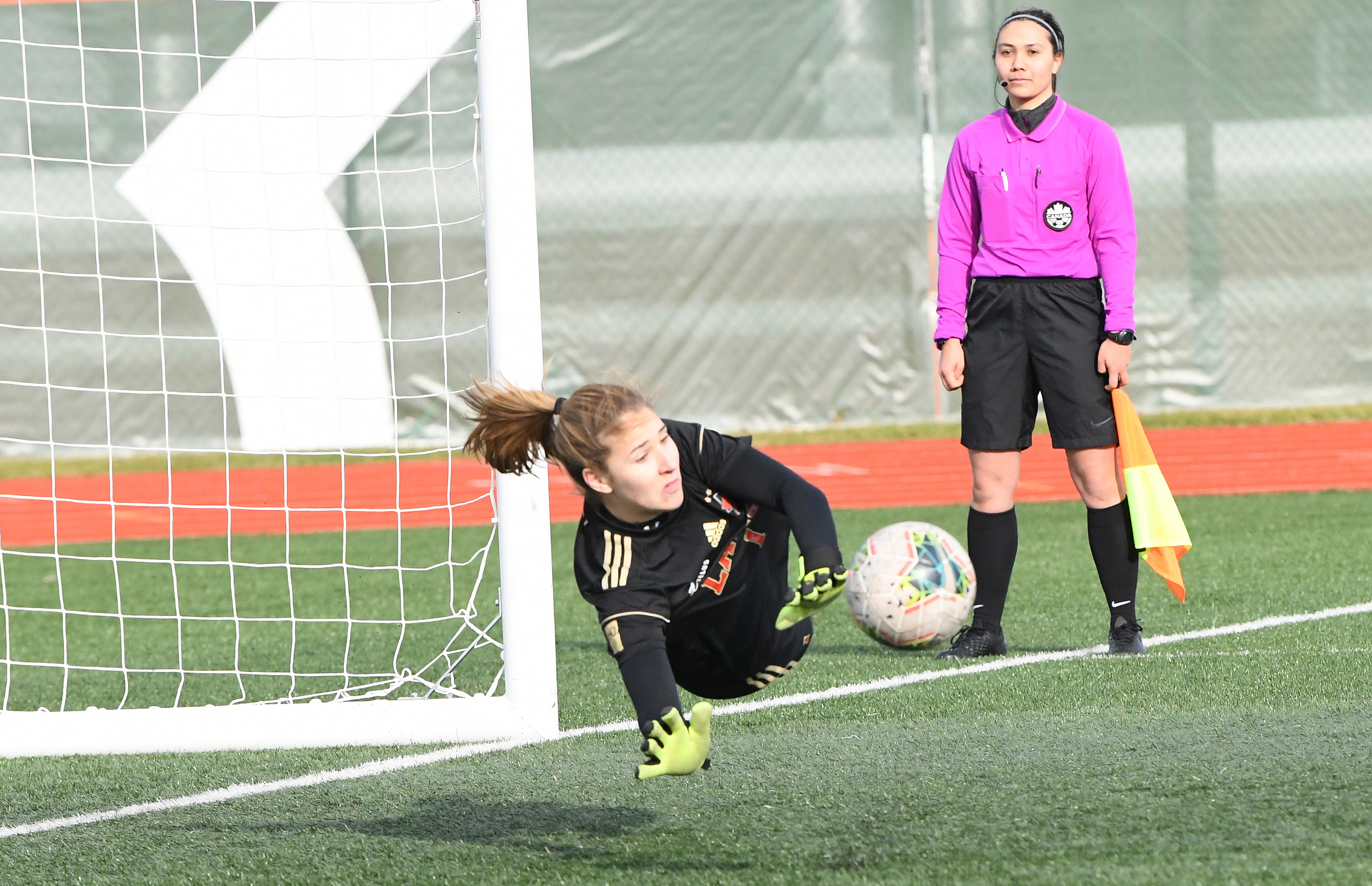 In a scoreless opening half, Laval collected the initial scoring chance, when first-team All-Canadian Arielle Roy-Petitclerc split a pair of defenders and knifed a shot that eluded UBC’s fifth-year keeper and Second Team All-Canadian, Emily Moore but it trickled just wide of the post and out of play for a goal kick.

In the 15th minute, freshman forward Jade Taylor-Ryan garnered UBC’s first quality shot attempt – after a strong run – but she was unable to hit the mark against Labrecque.

Second-team All-Canadian forward Joëlle Mercier collected Laval’s best chance of the opening stanza, in the 30th minute, when she deftly redirected a ball into the 18-yard box, but Moore made the stop.

Minutes later, Taylor-Ryan rifled a strike that sailed over the crossbar behind Labrecque.

On a pair of free-kick opportunities over a five-minute span, UBC didn’t even threaten to score.

The sides were scoreless at halftime.

Early in the second half, off a hand ball, Laval had a free kick from just outside the 18-yard box, but freshman midfielder Ève Malo ripped off the wall of UBC defenders. Off the ensuing scramble, Moore dove to her left to collect the loose ball.

Off a shot from junior forward Daphnée Blouin, Mercier got a rebound strike that was blocked, while a clearing attempt by UBC deflected off Mercier and headed towards the left post, but Moore lunged to smother it.

Moments later, Mercier got a left-footed shot away, but Moore barred the door.

On the following free kick from Malo, it pinballed around the 18-yard box before the Thunderbirds raced away on the counterattack. As sophomore midfielder Nisa Reehal made a move to the top of the Laval box, Labrecque flew out and made a slide tackle to thwart the threat.

In the 64th minute, the Thunderbirds came up empty on a corner kick from freshman midfielder Aislin Phillips.

Five minutes later, junior midfielder Sophie Damian got loose from about 20 yards away, but her lefty strike curled harmlessly into the hands of Labrecque.

In the 76th minute, freshman forward Mathilde Rousseau blasted a left-footed strike from in tight which Moore reached high to block, making her best save of the contest to keep goose eggs on the scoreboard.

Danielle Steer – tournament MVP in 2019 for the champion Thunderbirds – chased down a through ball in the 18-yard box, with her left-footed cross attempt becoming a challenge for Labrecque who made a sliding stop.

In the 86th minute, Gaspar-Freire laced a free kick high over the crossbar.

A couple minutes later, off a scramble in the 18-yard box of the Thunderbirds, fifth-year midfielder Laurie Couture-Dallaire tested Moore, who made another quality save.

Reehal made a series of moves on a late run, but she could not find one of her UBC teammates in the 18-yard box. 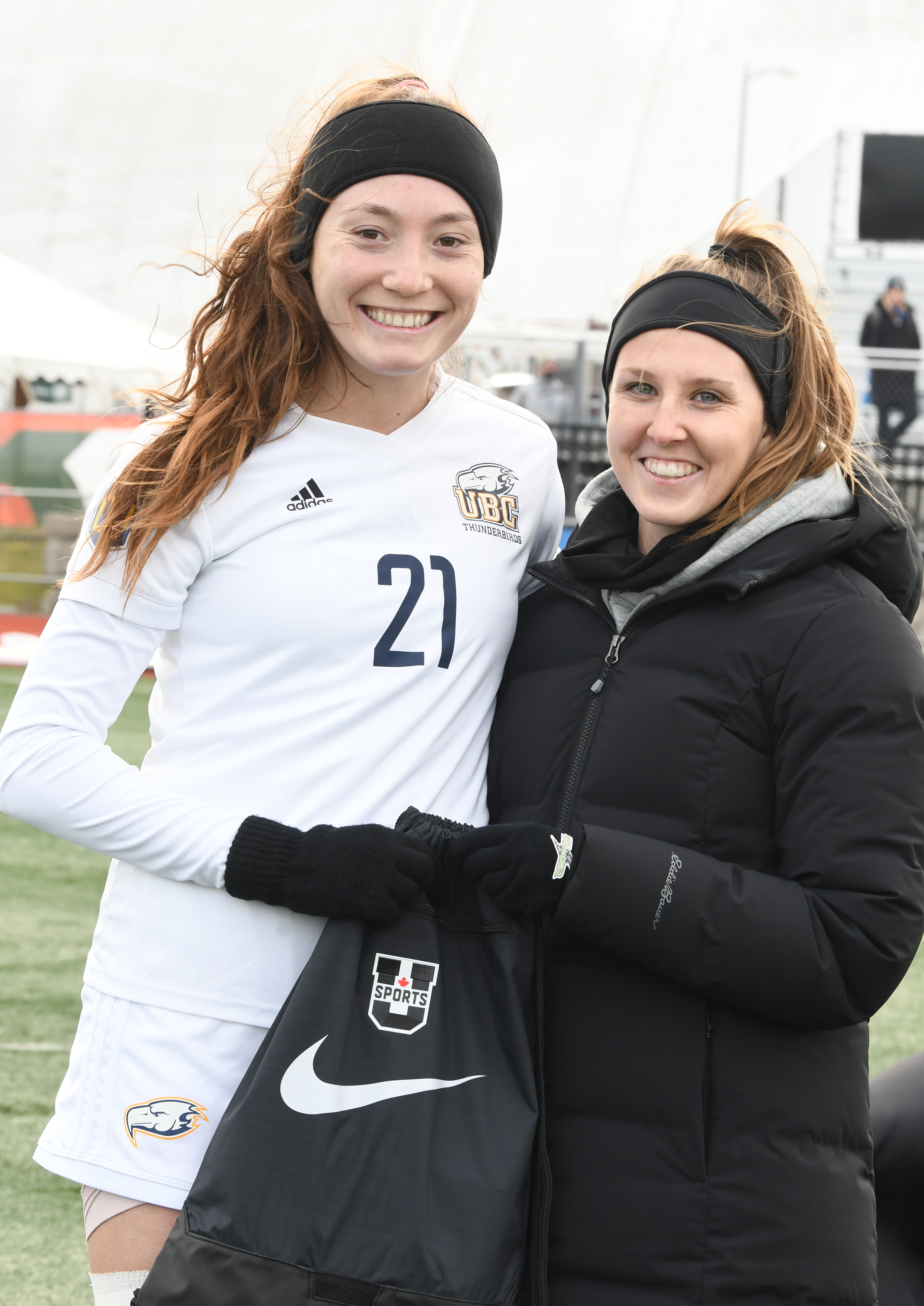 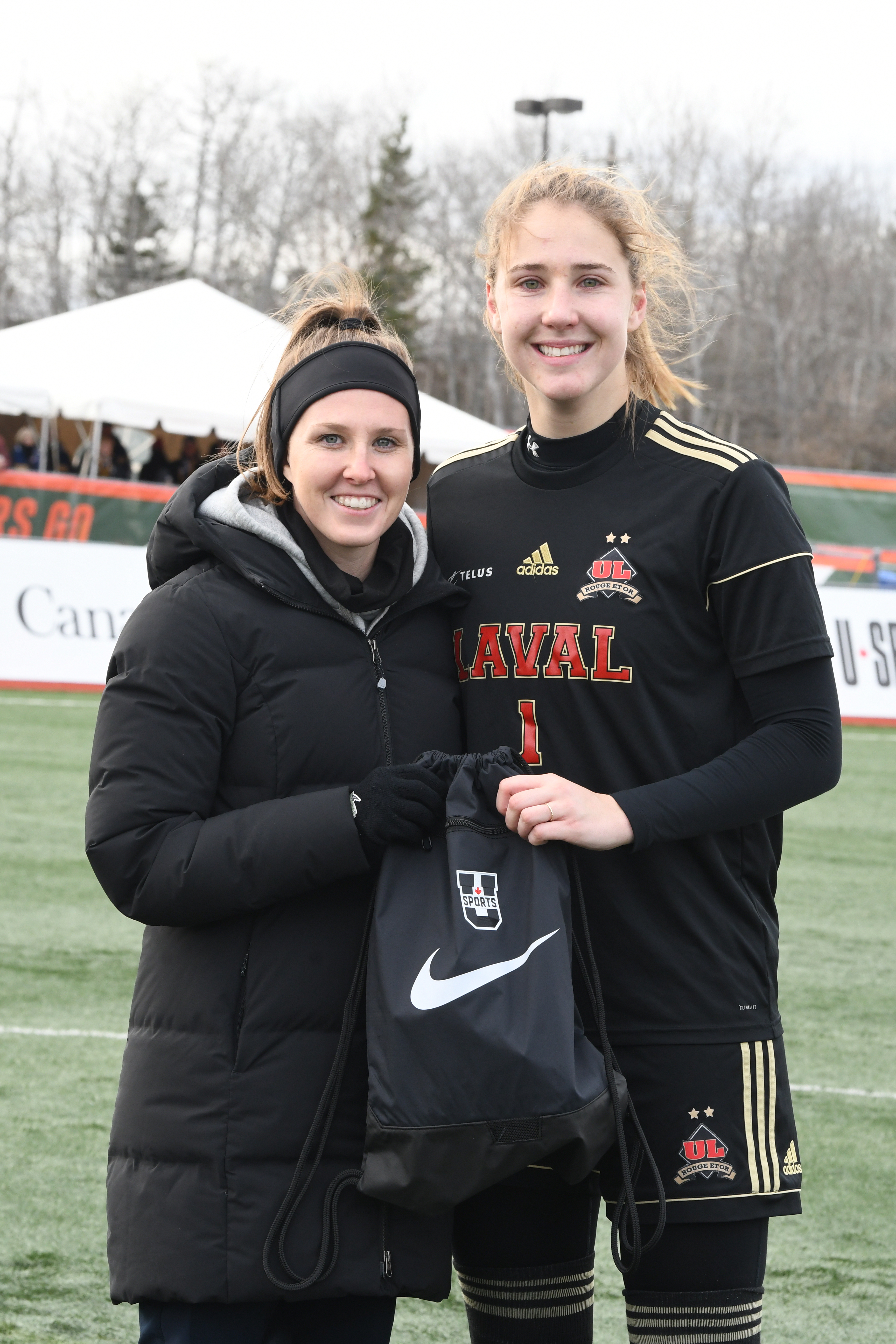