Sydney, NS – Fifth-year forward Arielle Roy-Petitclerc tallied in the 60th minute to give the Laval Rouge et Or a 1-0 victory over the Western Mustangs in the fourth quarterfinal match at the 2021 U SPORTS Women’s Soccer Championships on Thursday night.

In the first half, Laval came up empty on an early corner-kick chance.

In the eighth minute, first-year defender Emma-Ève Lecompte had the ball poked away before she could get a shot away against Western’s first-year goalkeeper Sam St. Croix.

Starting at the 15-minute mark – Western weaved together three corners over a short span, but they could not garner any scoring chances.

After a lucky bounce, senior forward Joëlle Mercier left-footed a twisting strike, but it went wide of the far post.

Moments later, Laval junior forward Daphnée Blouin made a run before feeding freshman forward Mathilde Rousseau, whose cross was deflected out of bounds for a corner kick.

In the 34th minute, Mercier got behind the Western defenders but St. Croix made a great stop, which led to a Laval corner kick, one that was steered away by the Mustangs.

Late in the first half, fifth-year midfielder Keira Grein of the Mustangs had her shot blocked, while sophomore midfielder Medina Birani ripped the rebound just over the crossbar behind Laval senior goalkeeper Myriam Labrecque.

Off a late free kick, a pair of Western forwards reached for the ball on the lip of the Laval crease, but it rolled just out of their reach for a goal kick.

In the second half, the Mustangs nabbed the first quality scoring threat when sophomore forward Sabine Gillie-Hardie put a short through ball to freshman midfielder Reese Fowler, who just missed the near post with her shot attempt.

A couple minutes later, freshman forward Mackenzie Bilotta’s shot from distance was gobbled up by Labrecque.

In the 68th minute, while looking for the equalizer, Fowler lofted a free kick towards goal that Gillie-Hardie directed on net but Labrecque made the stop.

Trying to pad their lead, Blouin made a strong run for Laval, but she could not get a shot on goal.

In the 79th minute, sophomore forward Audrey Genois garnered a chance, but her attempt – after corralling a nifty cross – was stopped by St. Croix.

Late in the match, Western collected a trio of free-kicks, but they could not penetrate Labrecque and the Laval defense.

With the victory, Laval advances to the semifinals, where they will face the Trinity Western Spartans, on Saturday, Nov. 20, at 1:30 p.m. AST, while Western will move on to a consolation semi-final on Friday, Nov. 19, at 6:30 p.m. AST, versus the host CBU Capers.

NIKE performers of the game 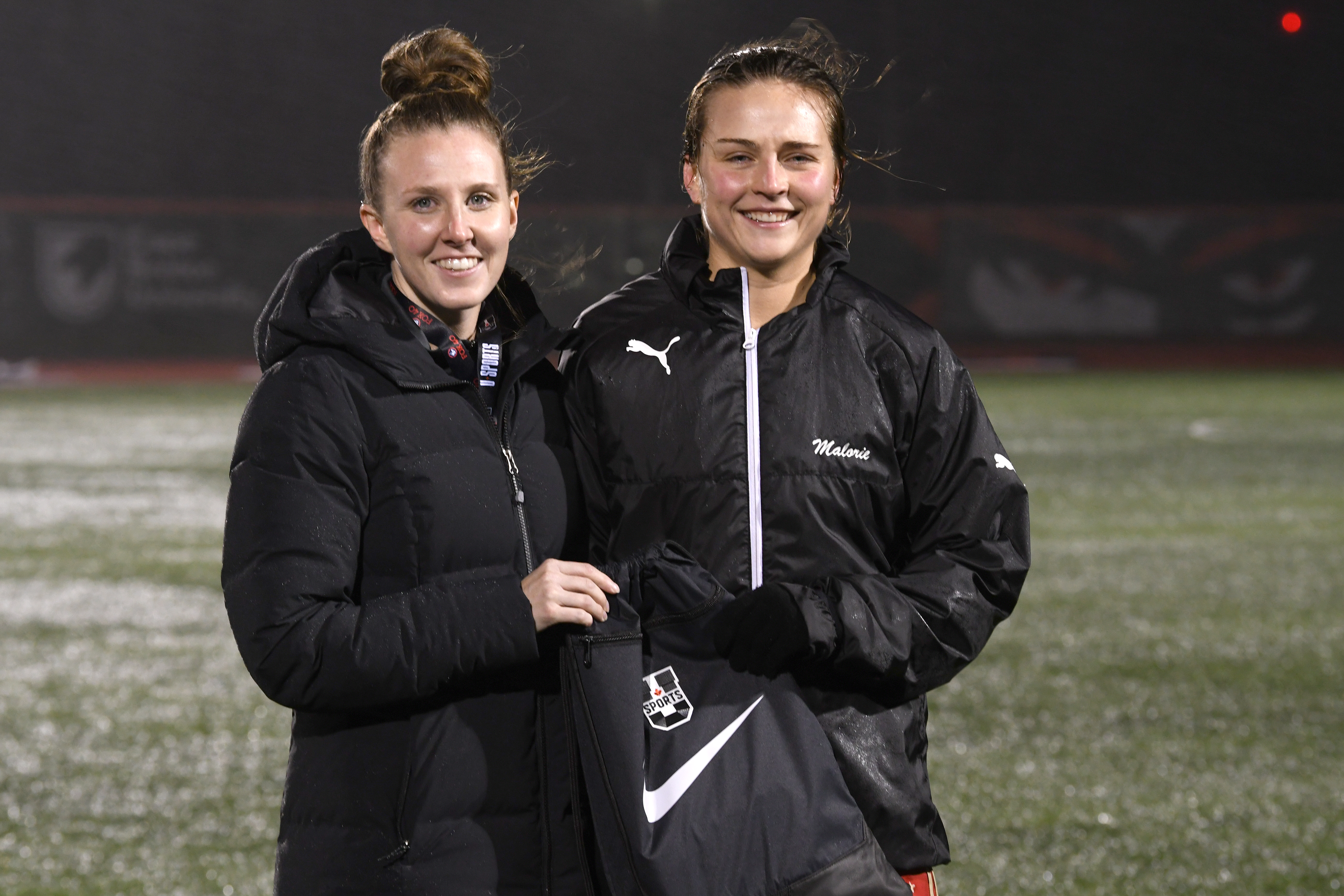 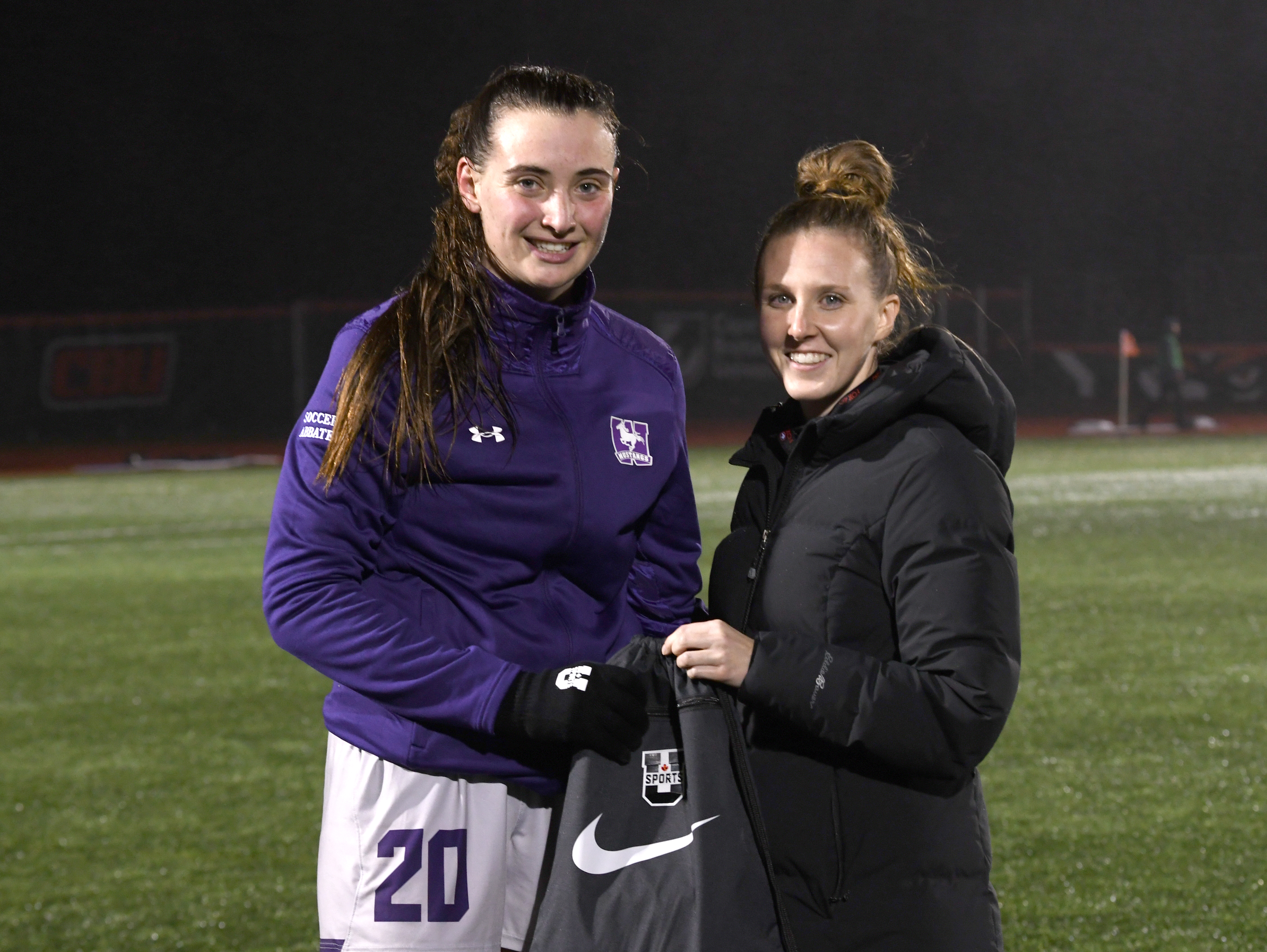