The Cape Breton Capers capped off an unbeaten season by claiming the 2017 U SPORTS Respect Group Men’s Soccer Championship title with a 3-2 win over the Montreal Carabins at Hillside Stadium.

Like the bronze medal game before it, the match was settled by penalty kicks.

The Capers, who didn’t give up a lead their entire postseason opened the scoring in the 27th  minute when Stuart Heath took a penalty kick and blasted it right past Carabins keeper Louis-Phillipe Simard.

Cape Breton held that lead going into the dressing room.

Montreal equaled the match in the 69th minute when Max Rabb of Cape Breton was assessed a yellow card for unsportsmanlike play, and the Carabins got a free kick just to the left of the box.  The ball was sent in and Mouad Ouzane took it off his right foot, turned and kicked it upper right side into the Cape Breton goal.

The Carabins had 23 shots in the contest compared to seven for Cape Breton in regulation.

The teams went to a pair of 15-minute extra periods. 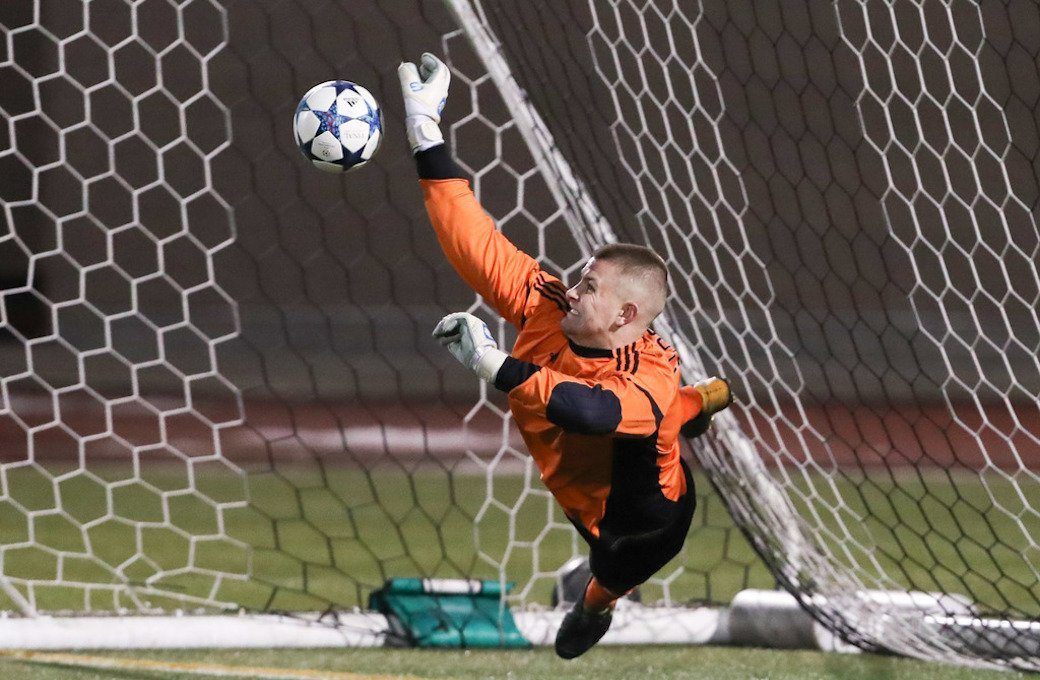 The Carabins scored six minutes into the first extra frame, on a penalty kick after a Carabin was hauled down in the box.  Heikel Jarras chipped the ball overtop of the fallen Jackson to give Montreal the lead. Cape Breton had a chance to get the equalizer in the ninth minute. Off a set piece, Charlie Waters put it up and Peter Schaele couldn’t direct his header but the ball scooted overtop of the Montreal cage.

In the 21st minute of extra time, the Capers put the ball ahead and Max Raab snuck through two Carabins defenders, flicking it into the net to deadlock things at two.

The teams then went to penalty kicks where again the game featured dramatics. On the seventh shooter, the Capers’ Daniel Prichard beat Simard upper left side to give Cape Breton the lead. That put the pressure on the shoulders of Thomas Safari of the Carabins. His shot was saved by Jackson who was later named the championship’s top keeper. 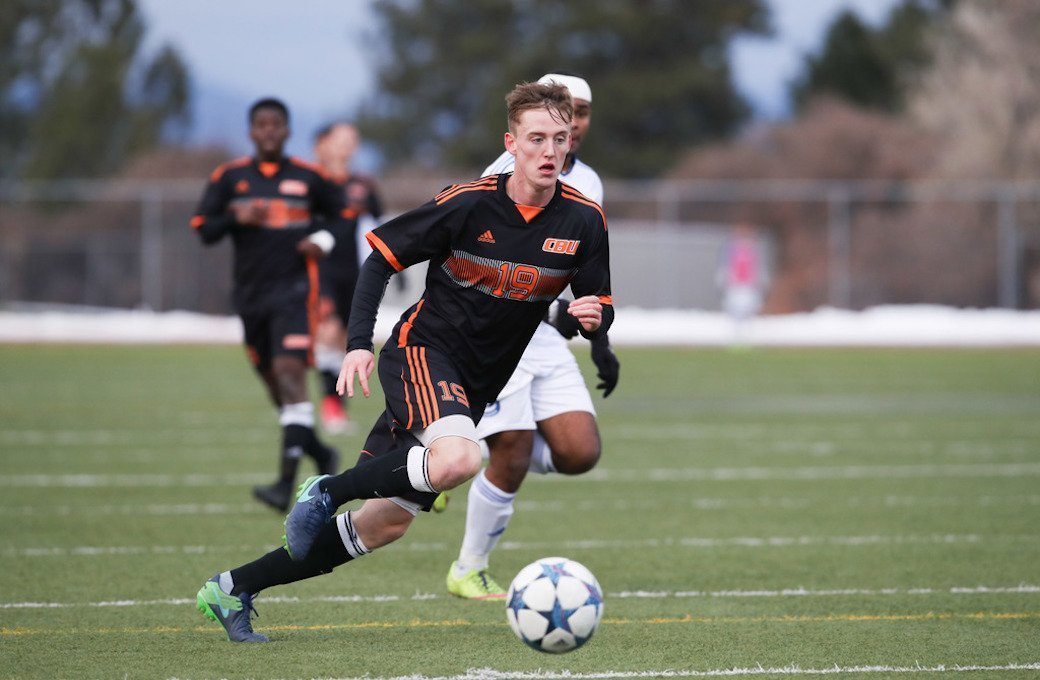 I was proud of the boys. There wasn’t a real difference. We needed a bounce here and there.  It’s a hard way to lose and a great way to win.

When asked where he goes from here, Morley joked: “I don’t know. I might have to retire (laughs). My coaches said we did draw a game this year. I have to come back to change that. In all seriousness we just have to keep this going. I have never been happier.” 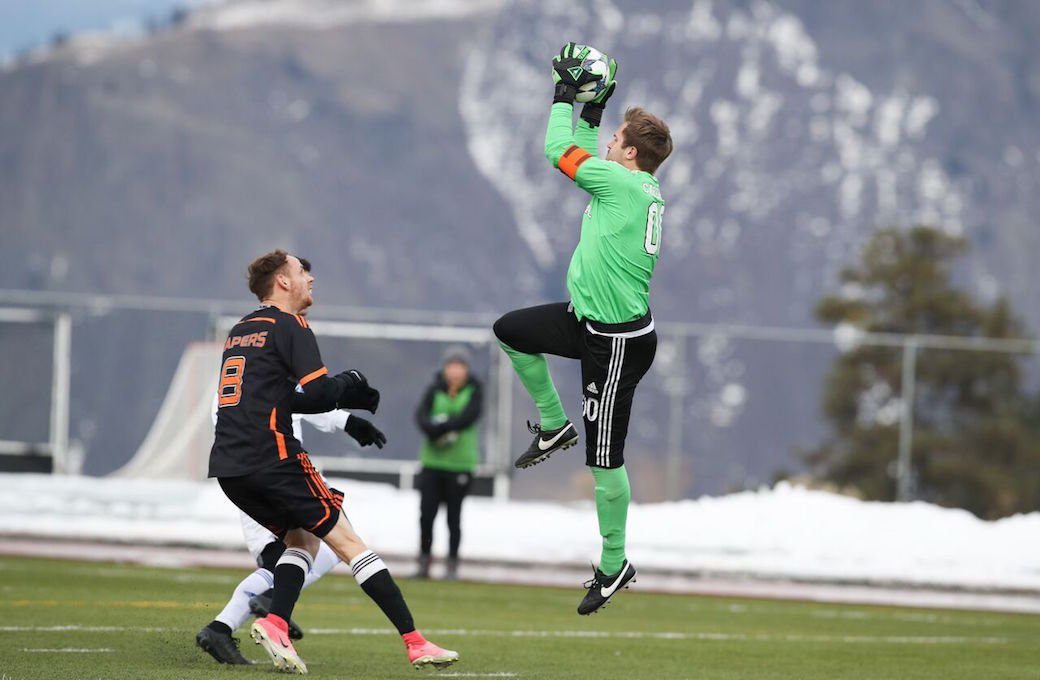 “Sadly we came out on the short end of the stick,’ said Montreal head coach Pat Raimondo. “It’s an exciting game for everyone to play. We are going to learn from it. It was a great run by our boys. Injuries caught up to us. We will go home and rebuild and hopefully be back at UBC next year.”