In keeping with its ongoing commitment to heightening the profile and scope of U SPORTS through key collaborations, the national brand of university sports in Canada has begun working with the Canadian Sports Tourism Alliance (CSTA).

Created in 2000 through an affiliation with the Canadian Tourism Commission, CSTA has grown from 18 founding members to over 500 members, including 250-plus national and provincial sport organizations, and a variety of product and service suppliers to the industry.

One of CSTA’s main objectives is to market Canada internationally as a preferred sport tourism destination. The country has a long and storied history of hosting international sporting events that include three Olympic Games, two Pan American Games, four Commonwealth Games and a variety of single sport world championships.

We’ve been in the top six or eight from the get-go. We’ve been as high as two. If you look at the countries on the list, we’re the country with the smallest population, so we can be pretty proud of that. The number of events we host is second only to the U.S.

“We’re very proud of that,” said Rick Traer, CSTA’s Chief Executive Officer. “We’ve been in the top six or eight from the get-go. We’ve been as high as two. If you look at the countries on the list, we’re the country with the smallest population, so we can be pretty proud of that. The number of events we host is second only to the U.S.

“One of the big advantages we have in Canada is the four-season hosting landscape. We have tremendous winter sports facilities and we host summer sports as well. Not every country can say that.”

For U SPORTS, which has already established key working relationships with several other high-profile organizations and leagues, including the National Hockey League (NHL), Canadian Football League (CFL), the Canadian Hockey League (CHL) and Ontario Hockey League (OHL), along with highly-respected corporate sponsors, supporters, suppliers and media partners, this latest relationship is also a coveted one. 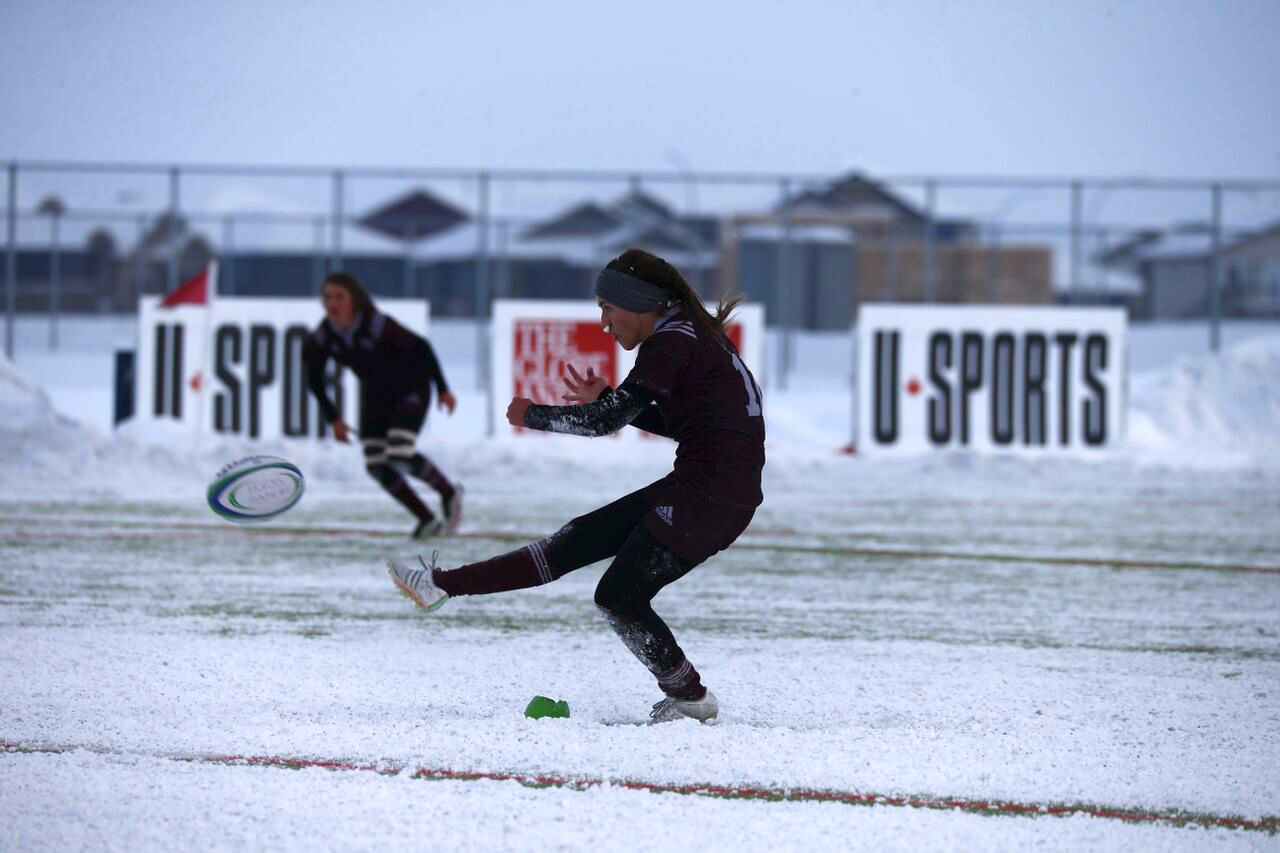 “We’re looking at growing our event base,” said Graham Brown, President and CEO of U SPORTS, who selected CSTA to distribute the latest U SPORTS championship bid book to its members. “This exemplifies what U SPORTS is doing differently and the relationships we’re building across the country, developing great relationships and a broader base of partnerships, while expanding our network. We’re looking forward to working together with the CSTA.”

Traer sees the newly minted collaboration as a great opportunity for both sides.

We are up to about 140 or so municipalities that are members of ours. Of course, the footprint of U SPORTS’ institutions fits nicely with where our municipal members are based.

“For many reasons, it’s a great fit,” said Traer, who joined the CSTA in November 2000 from the Marketing and Sponsorship Division of the National Capital Commission (NCC) in Ottawa where he managed a portfolio of blue chip corporate clients. “First and foremost because of the number of events that are involved, the number of institutions under the U SPORTS umbrella – in all provinces, across the country. From our standpoint, the U SPORTS institutions overlap and complement our membership base at the municipal level. We are up to about 140 or so municipalities that are members of ours. Of course, the footprint of U SPORTS’ institutions fits nicely with where our municipal members are based.”

CSTA, which has developed important industry tools that are made available to its members, has grown in prominence and stature over its nearly 20 years of existence.  Sport holds the distinction of being the fastest growing segment of the tourism industry.

“Our membership base currently numbers around 500, but 140 of those are municipalities,” said Traer, who co-chaired the bid committee and served as vice-president of the 1994 Men’s World Basketball Championships in Toronto, which set records for total attendance (326,000), single game attendance (33,600) and total estimated television audience (1.8 billion). “A lot of it is related to the positioning of the sports tourism segment, even though it’s a niche segment of the overall tourism industry. We have all of the National Sports Organizations as members. We have a whole variety of suppliers of goods to the industry, such as the airlines, car rental companies and hotels, both the chains and individual properties, across the country. So our membership has grown on a year-to-year basis right from the start.

“We’ve really grown exponentially over that time. It has shown year-over-year growth over 18 years. It’s grassroots economic development. Most communities are in some way, shape or form involved in the industry segment, much more now from a strategic perspective than previously. What we’re seeing now is a lot of partnerships forming at the municipal level. I think that’s where the benefit is for U SPORTS and the institutions that are regularly involved in bidding for and hosting sport events.” 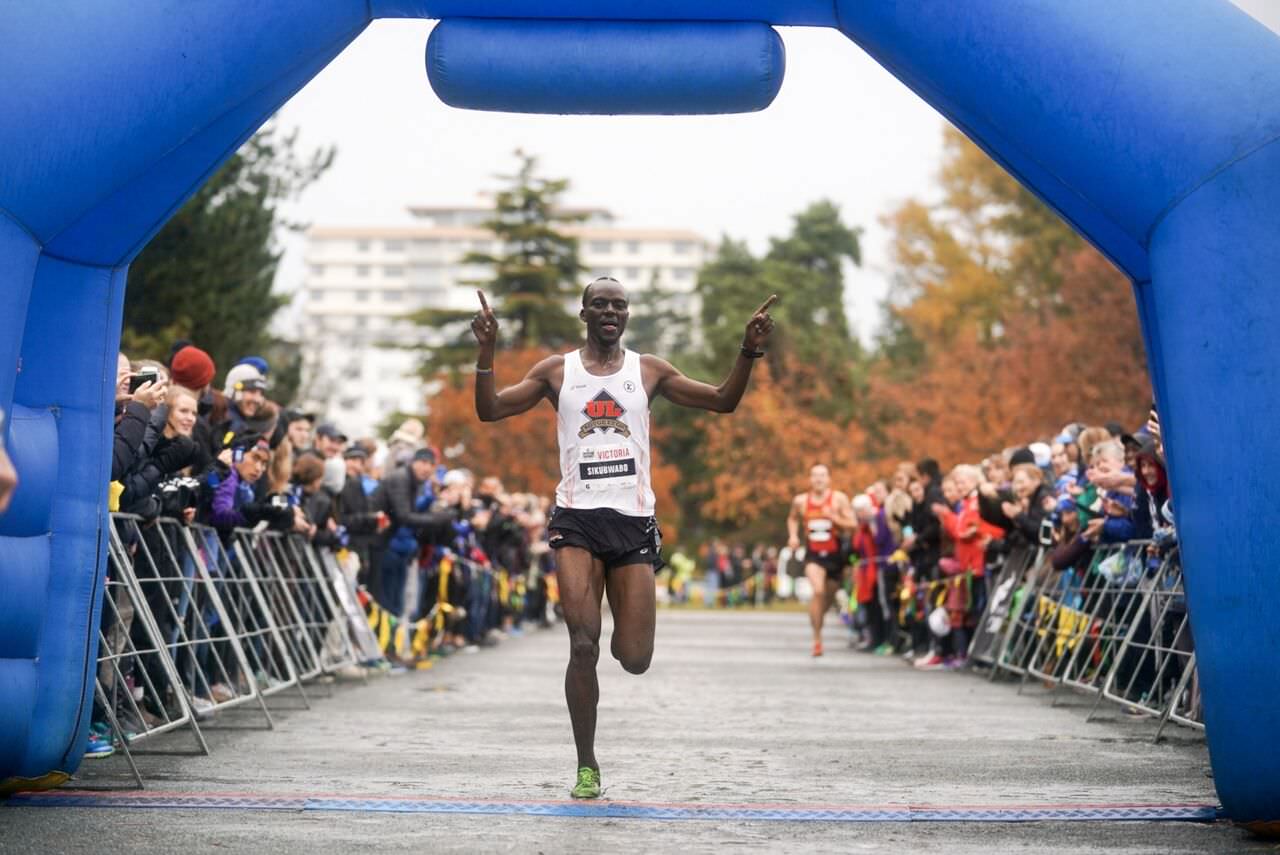 Brown, who is on the CSTA Board of Directors, concurs.

“One of the reasons I agreed to go on their Board is that a lot of things they do have ties to us – trying to build stronger community partnerships for events, trying to get the sport tourism groups in communities involved, trying to get funding from other government agencies,” he noted. “There are economic evaluations that will help us try to more strategically position our events. Some of our events are quite an economic impact activity for some communities – hockey, basketball and volleyball championships. CSTA is the leader in that area. It’s a good strategic (relationship).”

He points to a crucial connection between U SPORTS, its institutions and the respective communities the universities call home from coast-to-coast.

“The sport infrastructure that exists on university campuses across the country, especially the new builds, for the last 8-10 years, has really provided and complemented the sport infrastructure that exists in many communities right across the country,” stated Traer, whose daughter, Catherine, completed her U SPORTS career by leading the Carleton women’s basketball team to the school’s first national title this season. Traer also competed for Canada at the Commonwealth Games in April.

Brown is buoyed by the conversations he’s had with Traer and other CSTA board members, discussions that could lead to game-changing opportunities for U SPORTS. 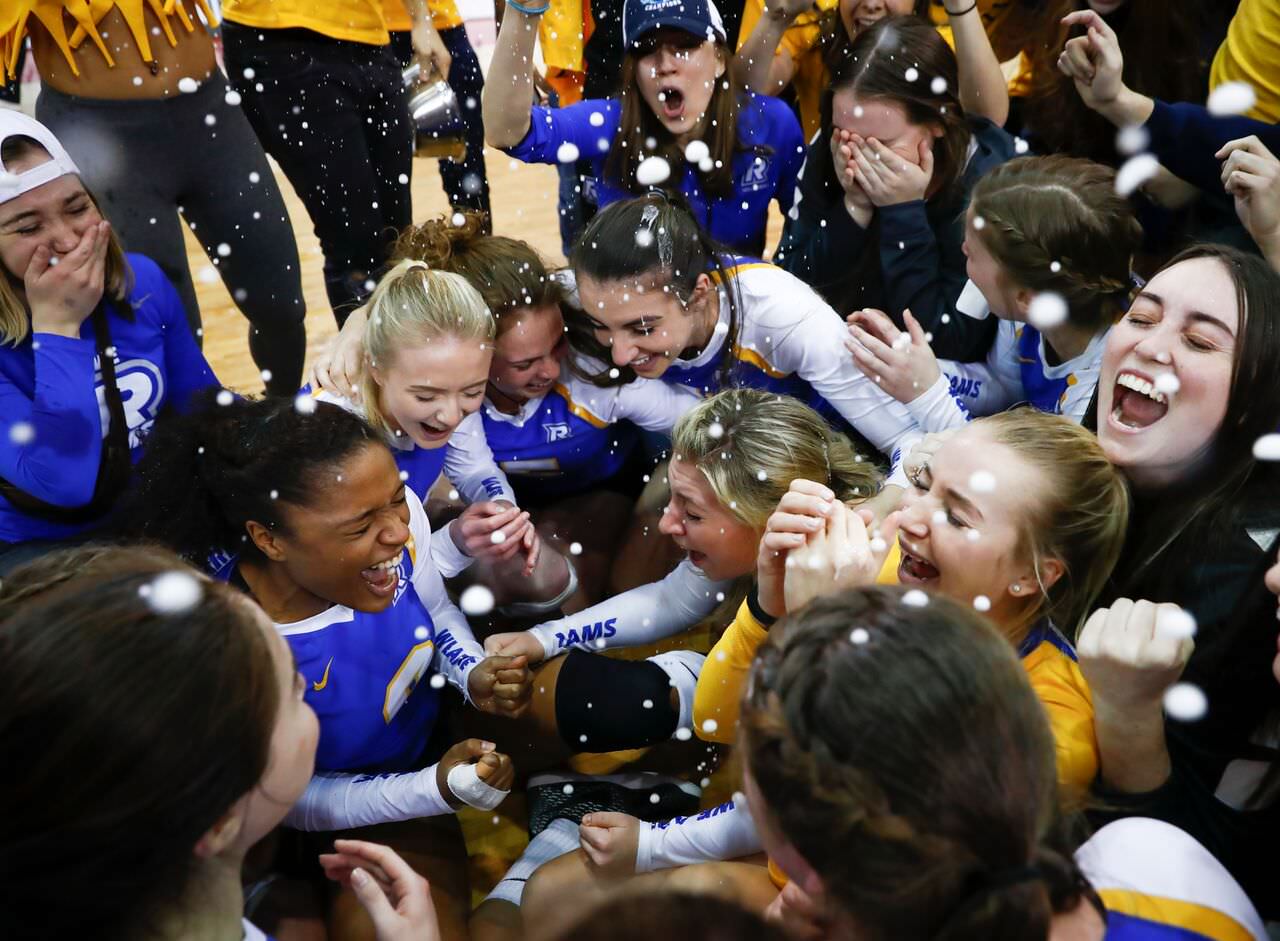 “As with any relationship-based approach to business, you’ve got to build those over time,” offered Brown. “The big impetus for me is simply this: I would think U SPORTS should be perceived as a leader in Canadian sport infrastructure. We want people to see us as forward thinking.”

That philosophy was evident in 2017 when U SPORTS launched an initiative to educate OHL overage players about the benefits of becoming student-athletes through the CHL scholarship program.

“You look at the relationships we’ve built with National Hockey League, the Canadian Hockey League and the Ontario league. “Those are building blocks on how people perceive U SPORTS,” Brown said. “We’re going to get some positional influence in the sports landscape. I think our relationships with all the National Sports Organizations are good.”

Now lies another opportunity for U SPORTS.

“We’re really one of the only segments of the tourism industry that can quantify the amount of economic activity that our industry segment creates on the community that is hosting these events,” said Traer. “In 2002, we launched, for the first time, our sport tourism economic assessment model. It’s really changed the landscape because it allows us, from a national standard perspective, to measure the economic impact that hosting a sporting event can have on a community.”

Traer already envisions significant ways for the two organizations to work together and to also tackle key issues that have become top of mind for Canadians. 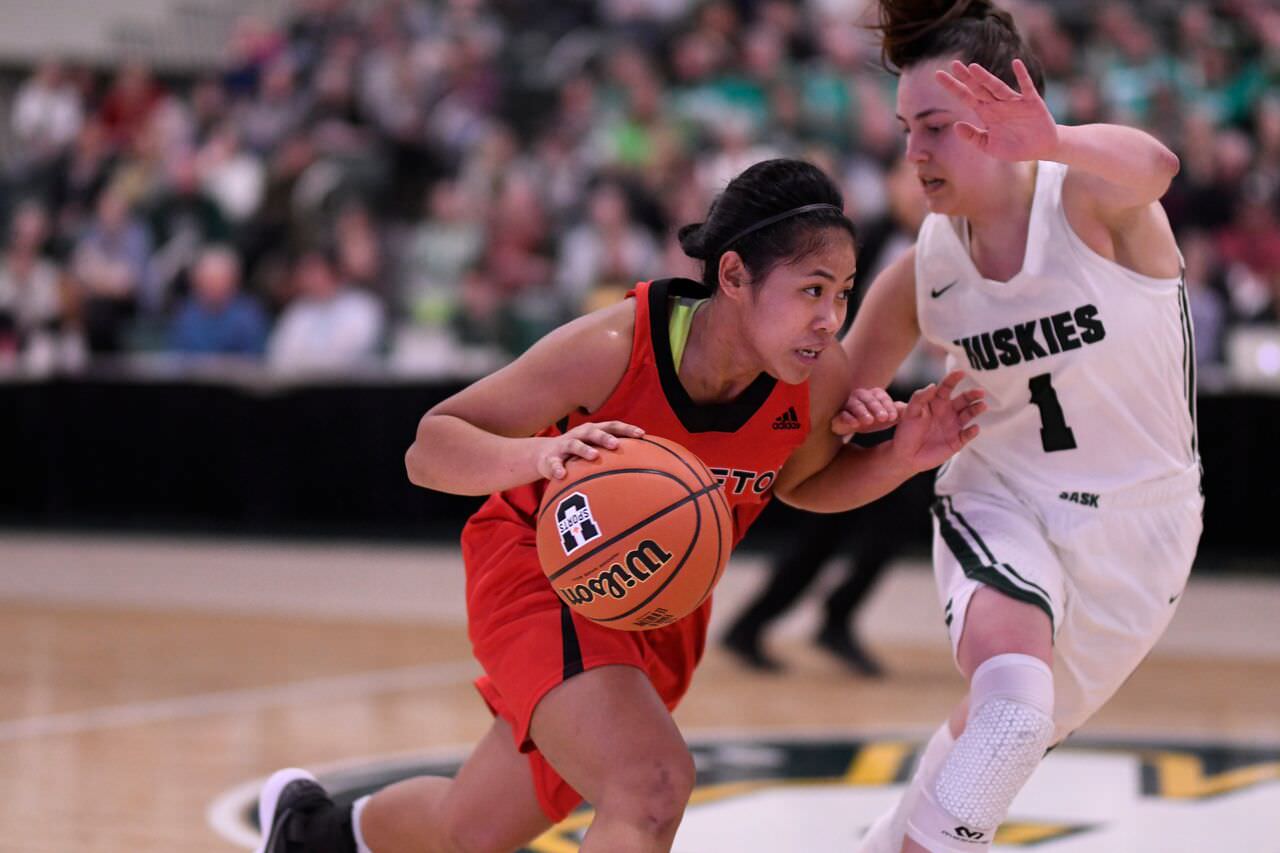 “I think we’ve got some work to do, particularly on the environmental side, but it’s coming,” he noted. “We created, as part of our annual awards program, a Sustainable Event of the Year category. I think that provided a lot more focus and emphasis on that area. We’ve developed a sustainable sport event template that helps event organizers plan effectively for the three elements: economic, social and environmental. It’s a process. But I really do believe that U SPORTS and the events – and the institutions that host those events – can be a key player in moving the industry in forward in communities right across the country.”

Traer believes the CSTA’s expertise will go hand-in-hand with U SPORTS’ objective to raise the profile of university sport in Canada.

“I think, certainly, the exponential growth in our membership is directly related to the benefits that we offer to our members,” he said. “Number one, the menu of tools that we’ve developed which have helped our members from the planning process, the bidding process and the event execution perspective – it’s all there. That, combined with the growth of the industry segment, has been extremely rewarding as well. The latest data we have is $6.5 billion in annual spending. That’s up from about 3.8 billion about five years ago.

“There’s a tremendous growth in the industry and recognition that hosting can serve and satisfy a variety of public policy objectives that are currently in vogue. This (relationship with U SPORTS) is a terrific fit.”

It’s a long way to the top: #CHAMPSZN ends with several new champions