Cory Bent’s third goal of the tournament on a penalty kick proved to be the difference as the Cape Breton Capers captured the bronze medal with a 3-2 win over the Carleton Ravens at the 2019 U SPORTS Men’s Soccer Championship presented by La Cage – Brasserie sportive in Montreal. 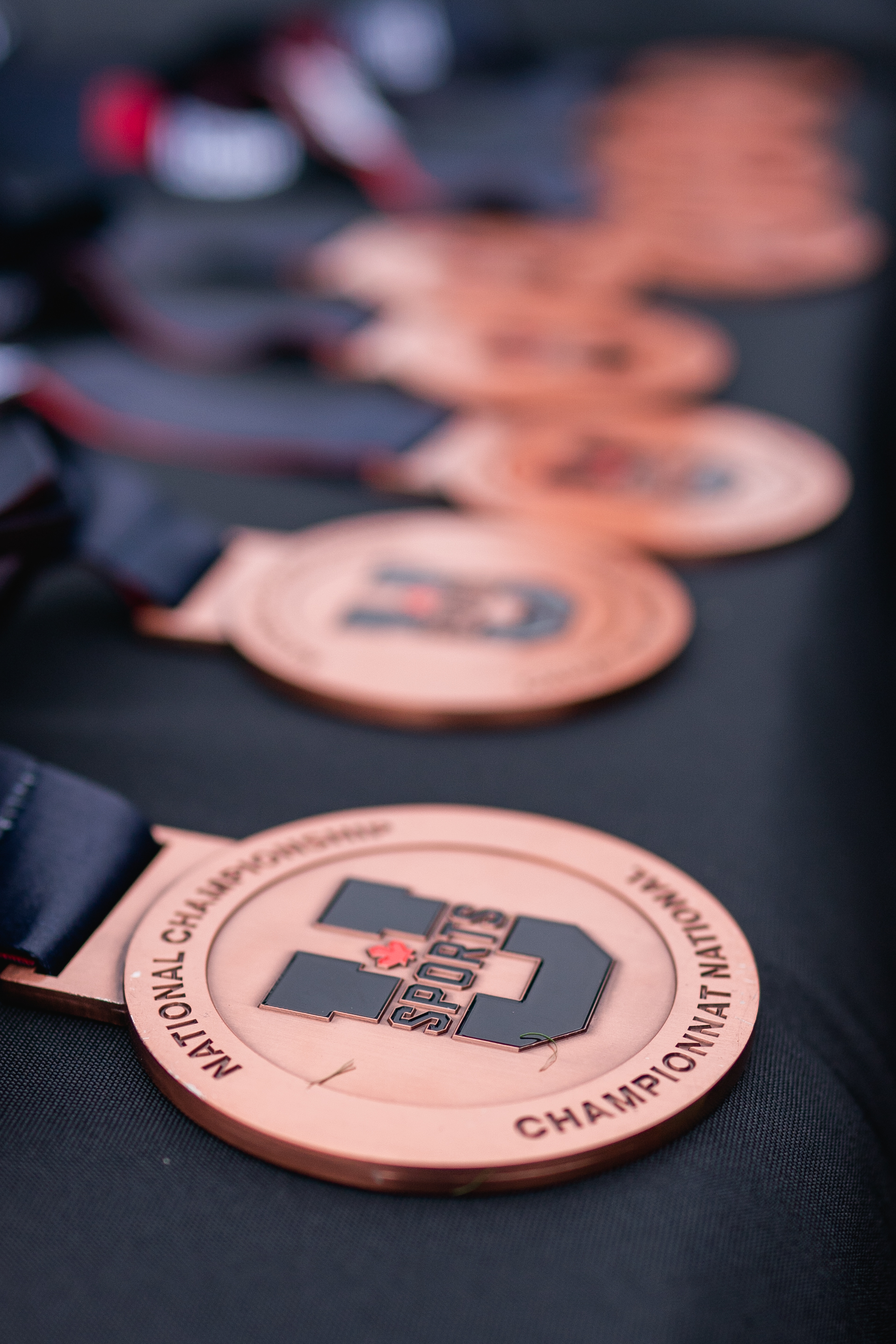 It was the third consecutive medal performance at the U SPORTS championship for the Capers, who won gold in 2017 and silver a year ago.

Carleton took early control of the match scoring in the 29th minute on a penalty kick. Stefan Karajovanovic’s strike beat the outstretched arms of keeper Viktor Lyczywek who made a pair of saves in the win.

Cape Breton tied the game in the 62nd minute on a corner.  Lewis White swung the ball in off a corner to Peter Schalle, whose header eluded netminder Nick Jeffs for his first goal of the tournament. Jeffs would conclude the contest with four saves.

An aggressive foul in 74th minute set up Bent’s heroics, who made no mistake going top left corner for the winner from the penalty dot.

“I’m so happy for the lads,” said Cape Breton head coach Deano Morley. “We have done some incredible things with this group – four straight AUS conference titles and three medals in a row at the U SPORTS national championship. They are incredible and represent what is great about sport.” 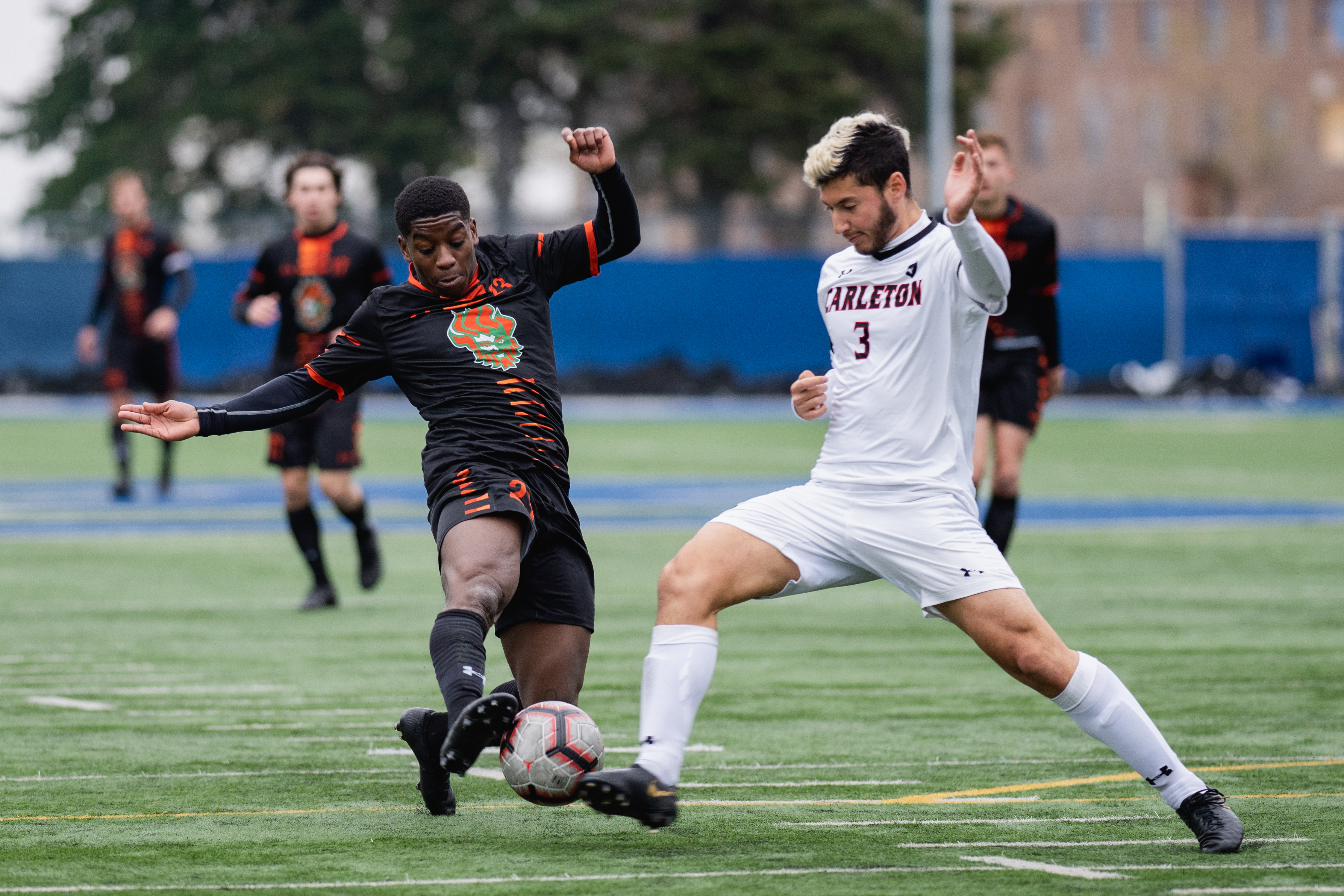 “Although we didn’t come away with a medal, we’re happy about how we played this season,” said Karajovanovic, named Carleton’s player of the match. “We won the OUA championship for the first time and no matter what, we’ll remember that.”

The AUS champion Capers end the season with a record of 14-1-2 in conference and U SPORTS championship play, while the OUA champion Ravens conclude the campaign with a mark of 17-3-0 in regular season and post-season competition. 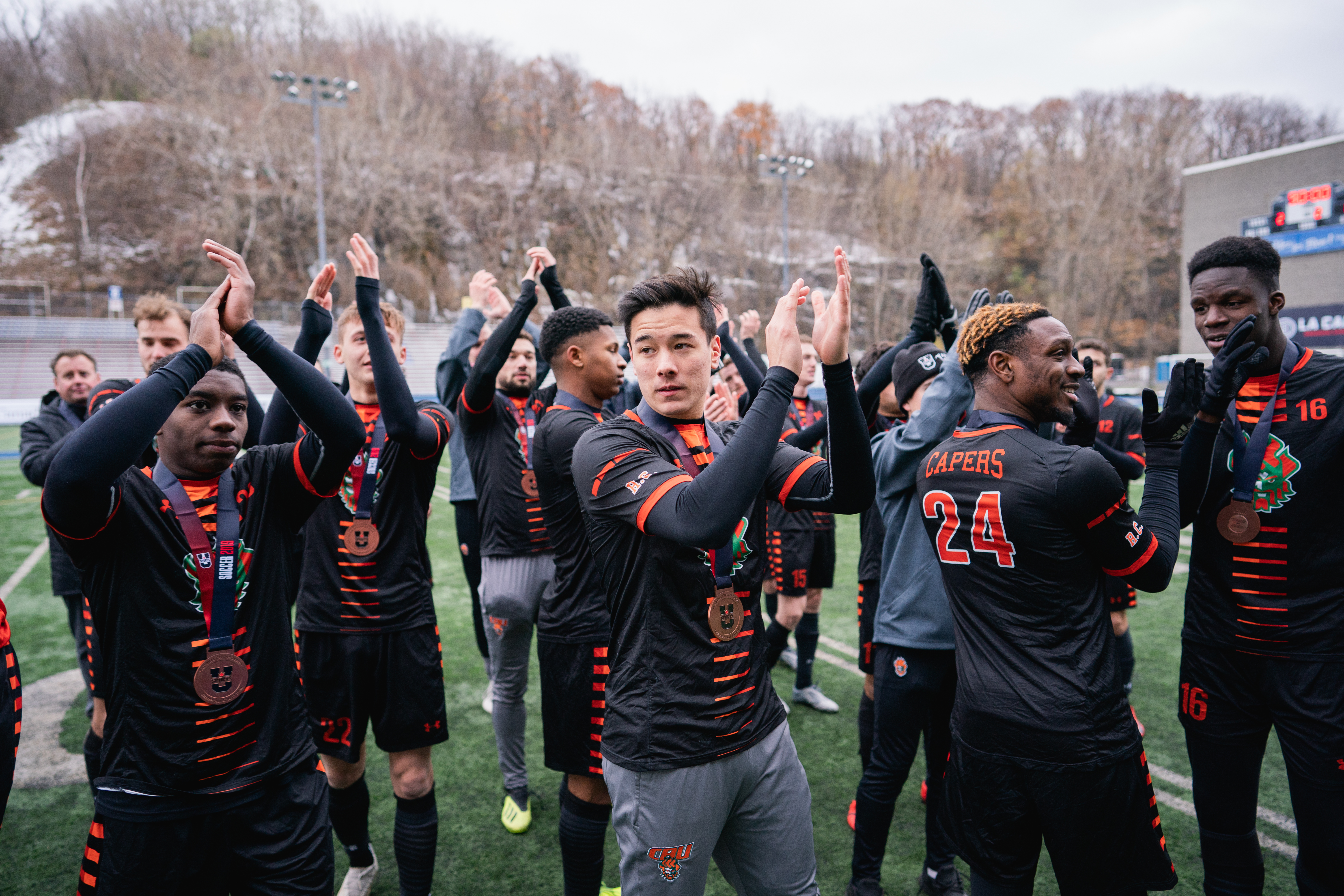 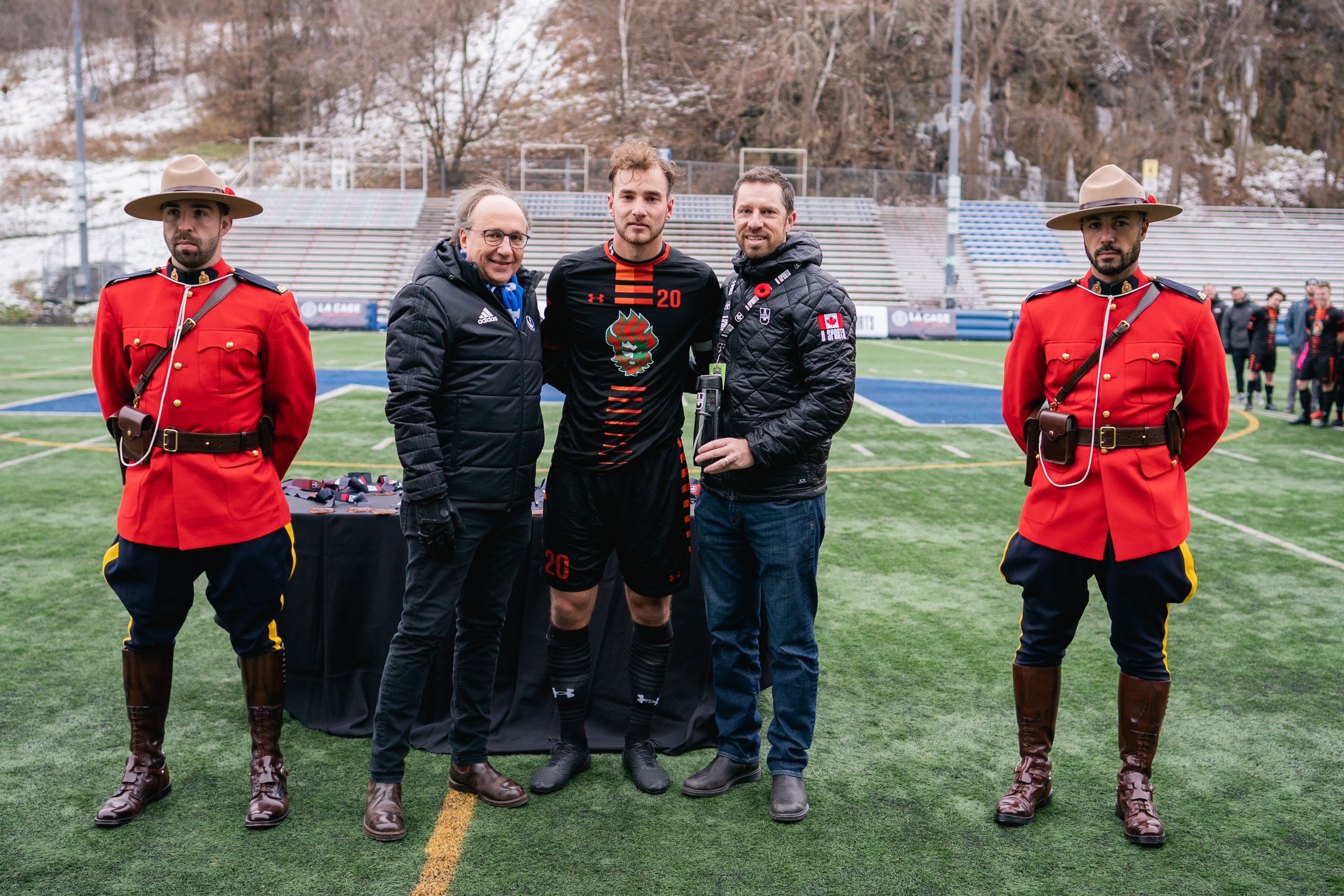 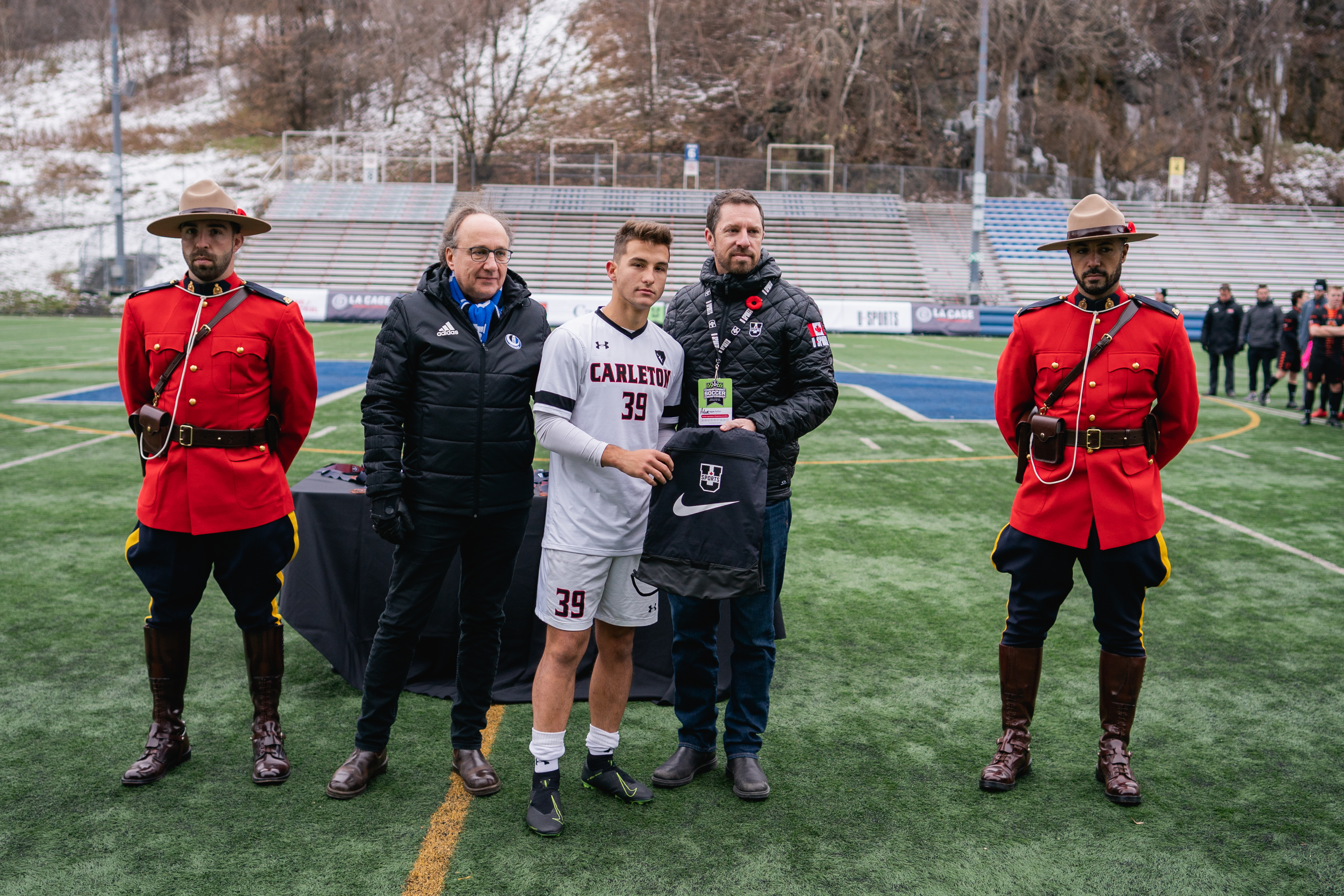