Merci Yuma scored a pair of goals, including the winner in the 76th minute as the York Lions rallied from an early deficit to top the Calgary Dinos 3-2 in the second consolation semifinal at the 2019 U SPORTS Men’s soccer championship presented by La Cage – Brasserie sportive in Montreal.

Calgary’s Derek Brust also chipped in a pair of goals in a losing cause for the Dinos, whose season concludes with an overall record of 9-9-1 in Canada West regular season, playoff and U SPORTS championship play. 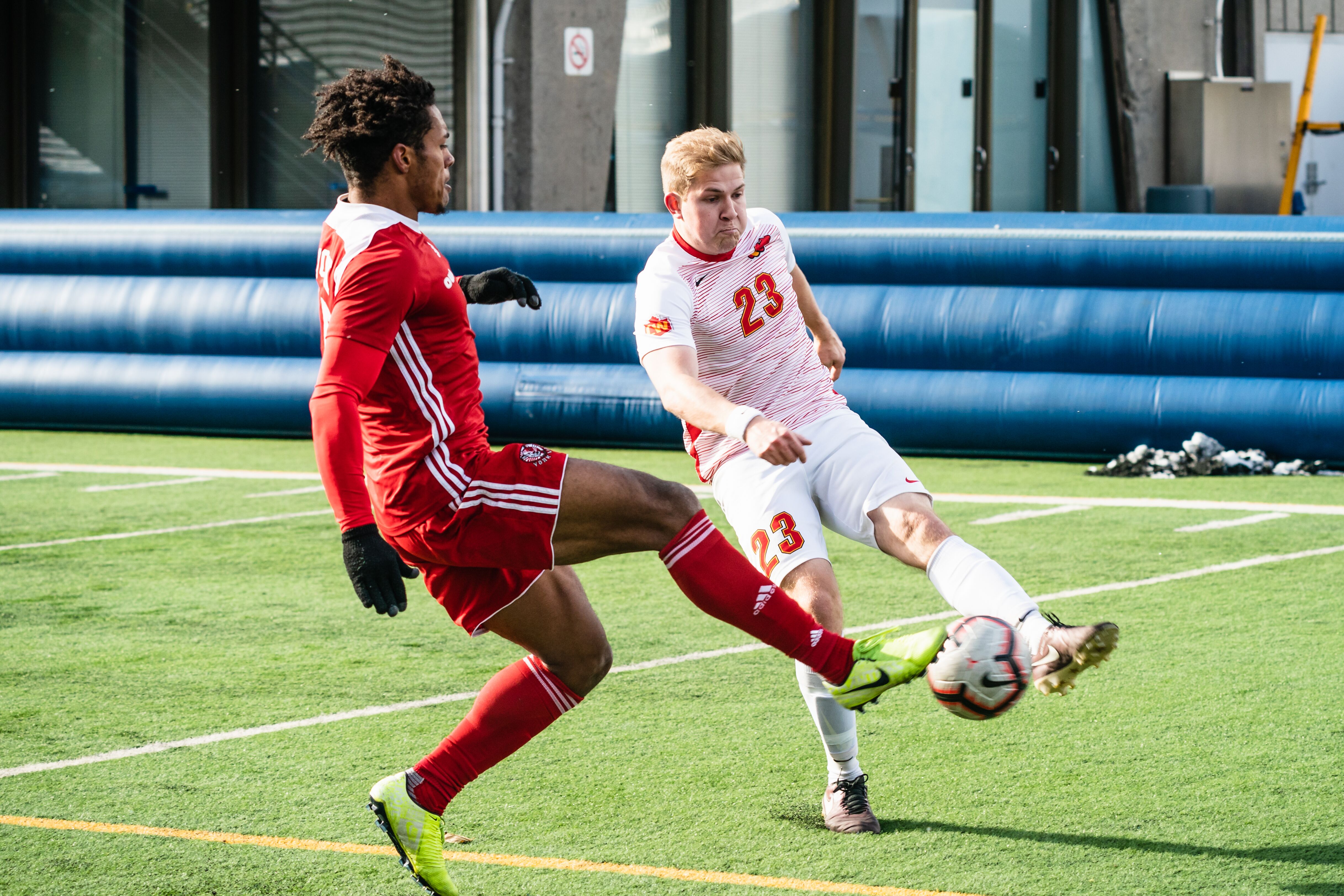 Brust opened the scoring the 26th minute of play, before York erupted for a trio of second half markers.  Yuma got the Lions on the board in the 61st minute. Third-year forward Milan Beader scored his first goal of the tournament in the 75th minute, followed by Yuma’s game-winning strike just 1:05 later. Brust’s second goal of the game cut the York advantage to one, but veteran keeper Mike Argyrides kept Calgary at bay turning aside seven of the nine shots he faced.

“I am pleased with team’s result today,” said York head coach Carmine Isacco. “It’s important to compete at all times and although yesterday’s game was emotionally and mentally draining, our players played well in order to eliminate a very motivated and strong opponent.”

“This was an excellent experience for our university and team,” said Dinos head coach Brendan O’Connell. “We made history this year, even if we didn’t win a game this time around.”

York will face the UBC Thunderbirds in the consolation final Saturday at 12 p.m. ET / 9 a.m. PT. 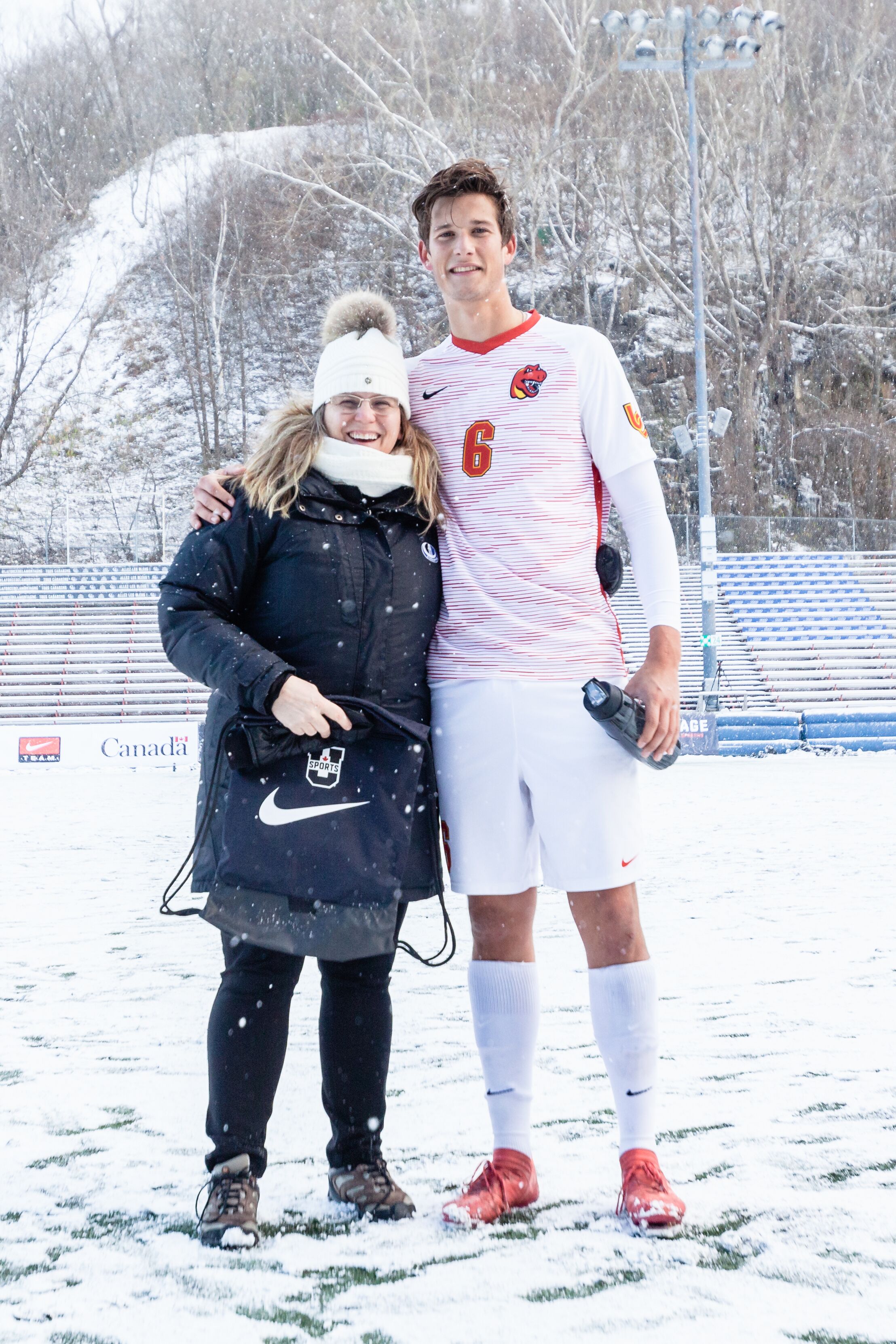 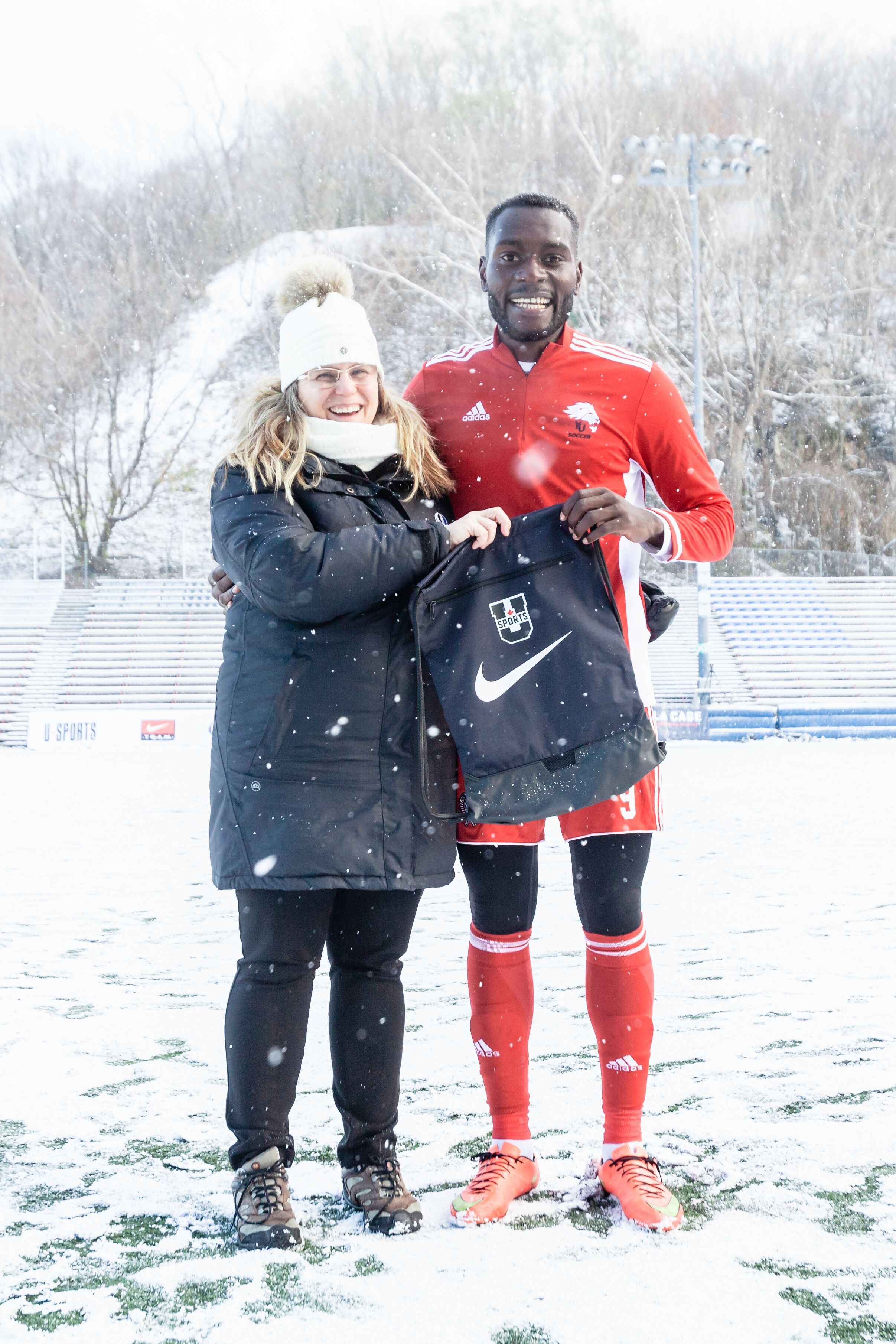