OTTAWA- Three second-half strikes saw the Laval Rouge et Or prevail 4-2 over the UBC Thunderbirds in the second consolation semifinal on Friday evening at the 2021 U SPORTS Men’s Soccer Championship. Striker Wassim Chaouki scored twice for the Rouge et Or, who punched their ticket to the consolation final on Saturday, while UBC saw their season come to an end following the defeat.

The Thunderbirds looked the more dangerous of the two sides early in the first half with Sam Fletcher and Tristan Nkoghe flying down the wings, and Sebastian Dzikowski making good runs into the box, however, several offside calls halted their promising counter-attacks.

Laval saw off several T-Bird scoring opportunities before making their mark on the game in the 23rd minute. A Rouge et Or corner kick saw defender Doryan Soualem outmuscle his marker in the box before smashing a header past UBC keeper Axel Thulin Lennselius. They would lead 1-0 at the break.

The second stanza began with a bang, as an enterprising UBC set piece resulted in a goal for the Thunderbirds as Nkoghe met Sam Fletcher’s brilliant cross to head it past Philippe Blouin to tie the game up at 1-1 in the 49th minute.

Laval re-established their lead in the 51st minute when a perfectly placed cross-field ball landed on the foot of third-year attacker Wassim Chaouki, who took one touch before curling it into the corner of the goal to give the Rouge et Or a 2-1 advantage.

The scoring marathon continued in the 55th minute thanks to UBC’s Markus Kaiser, whose flick on a low cross swerved off the far corner post and into the back of the net to level the contest at 2-2.

Both sides vied for the go-ahead goal, but it was a costly mistake that gifted Laval its third of the game. In the 66th minute, UBC’s goalie Lennselius came charging out of his net to intercept a lob that was sent over his defenders’ heads but with Wassim Chaouki in hot pursuit, the Laval striker beat the keeper to the ball where he quickly dribbled past Lennselius and slid it into the wide-open net for a 3-2 lead.

With UBC pressing for an equalizer, Laval managed to catch the Thunderbirds napping at the back once again and countered for their fourth goal to put the match out of reach. First-year midfielder Baptiste Toussaint received a pass and found himself alone in UBC territory where he had his initial attempt on goal denied but managed to collect his own rebound to fire the ball home for the commanding 4-2 lead.

UBC had several chances to cut into the deficit late, but time would run out. With the Thunderbirds eliminated from the tournament, Laval moves on to Saturday’s consolation final where they will take on the Victoria Vikes at 11:00 AM EST. 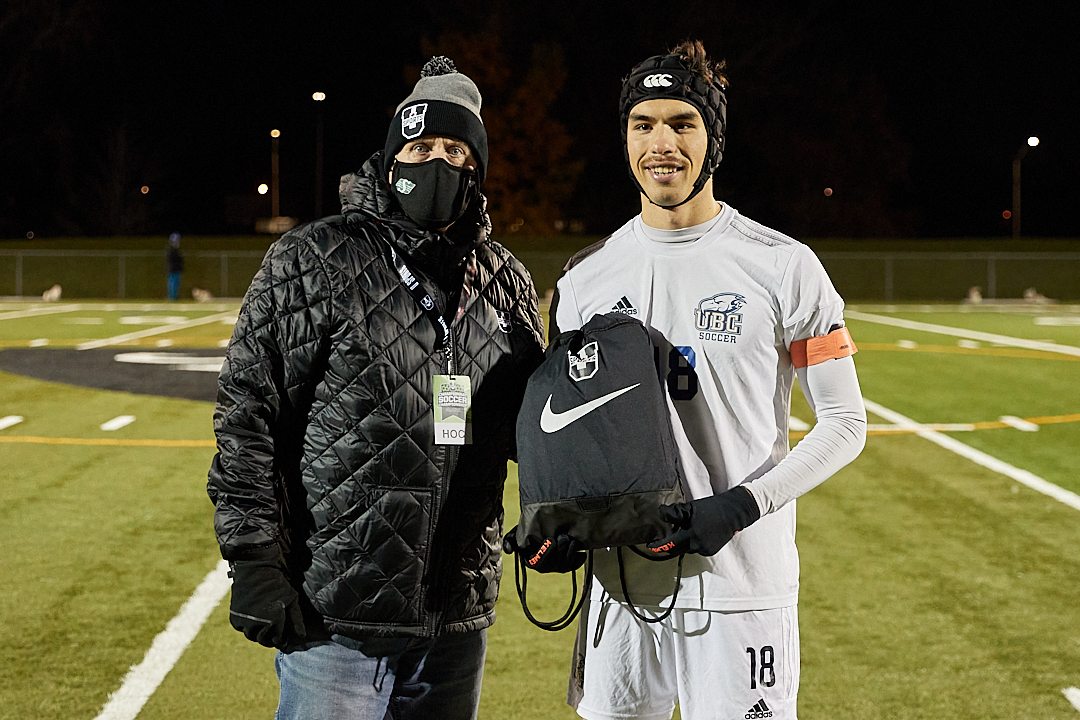 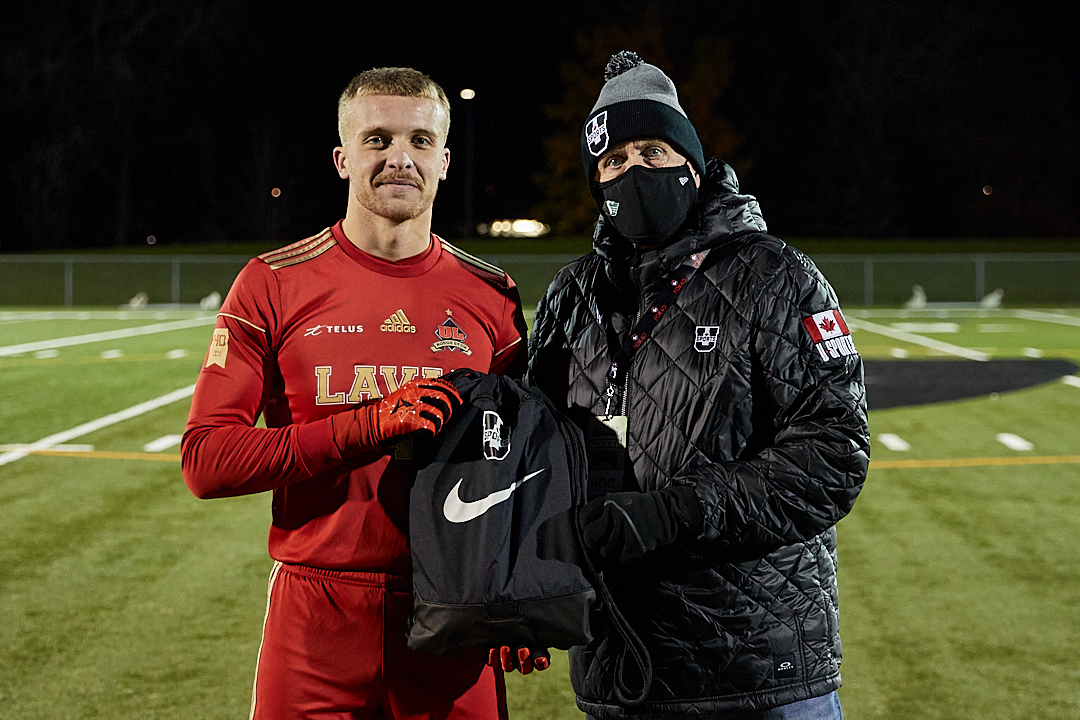