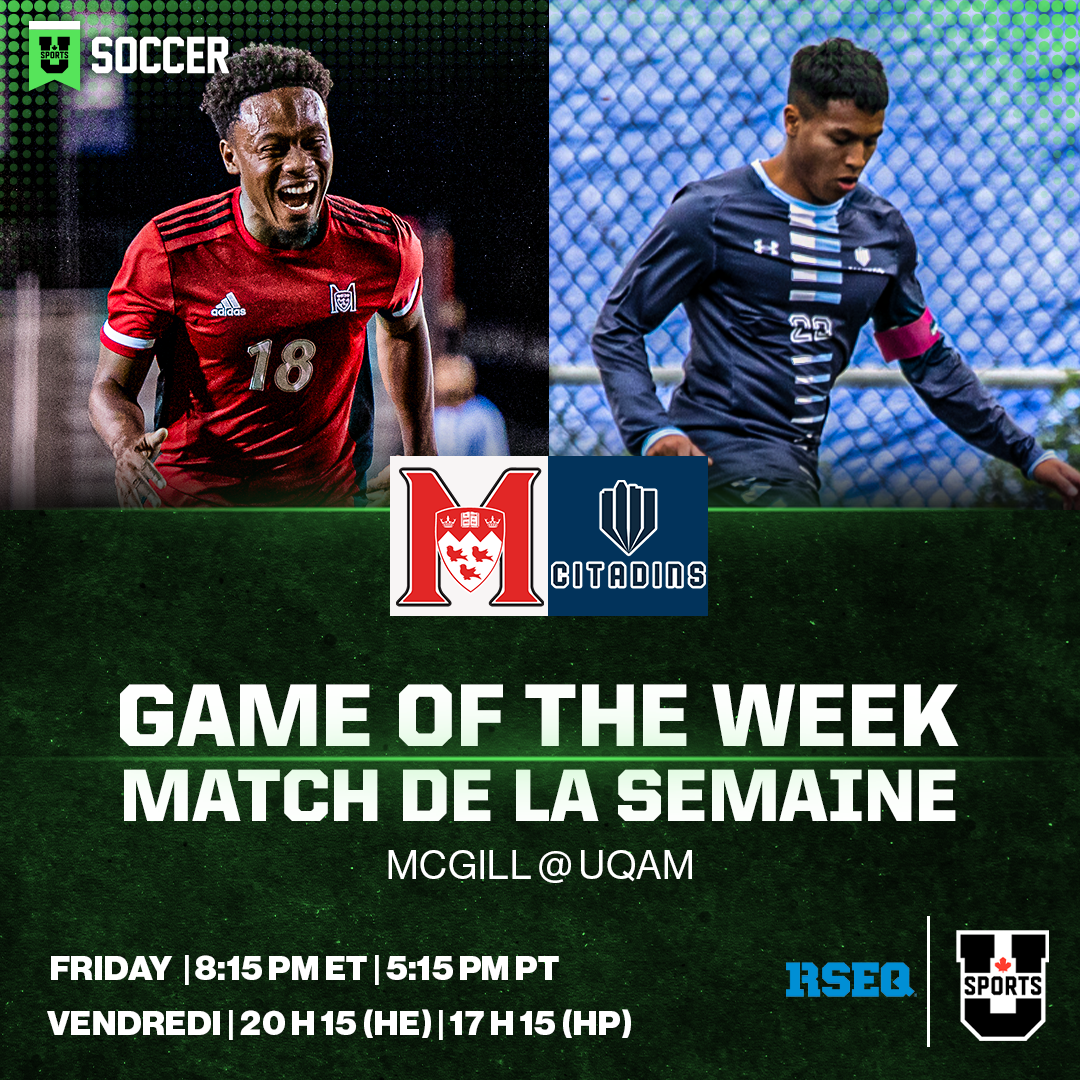 RSEQ is turning up the heat this Friday as McGill (2-2-2) faces division-leading UQAM (3-1-2) at Saputo Stadium. With 11 points in six games, the Citadins are riding a three-game victory following a 4-1 defeat of Laval Rouge et Or last weekend. MVP striker Alexis Jeanne found the net twice, while 22-year-old Timothé Makanzu-Tinadio scored the other two UQAM goals.

After being ejected from McGill’s romp against Sherbrooke last weekend, will Redbirds standout goalkeeper and U SPORTS player of the week (period ending Sept. 18, 2022) Ludovyck Ciociola be back in play to protect the net?