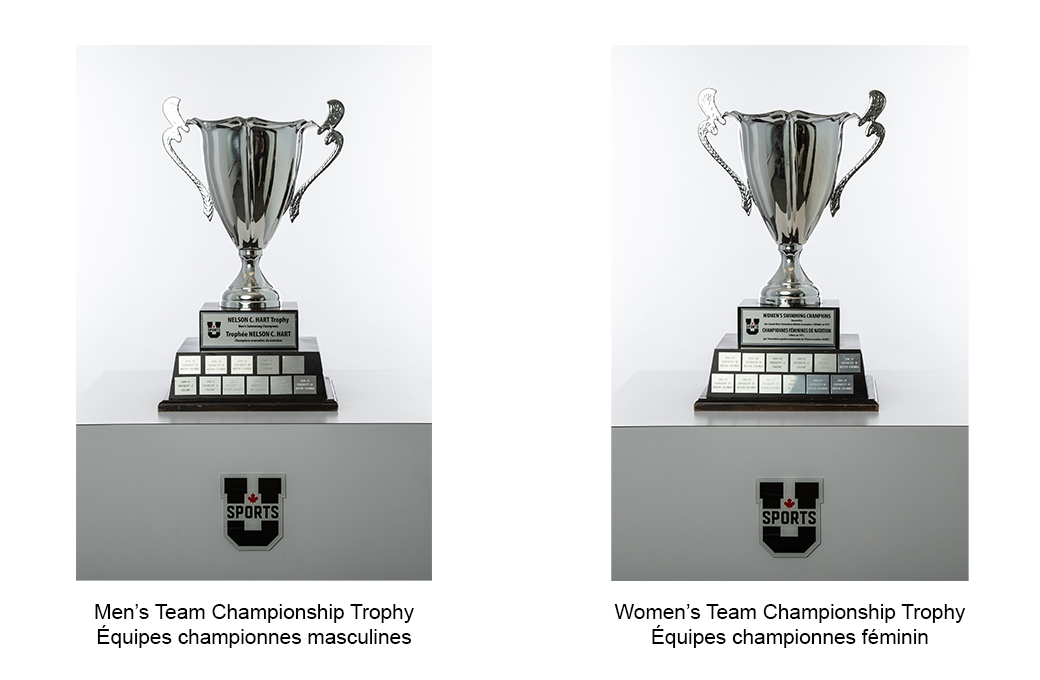 The Nelson C. Hart Trophy is awarded annually to the university accumulating the highest point score in the men's competition of the U SPORTS national Swimming Championship. The trophy was originally presented for competition at the University of Western Ontario Relays and was rededicated in 1965. Nelson C. Hart, who passed away in 1959, was a Professor of Botany at the Western University, President of the AAUC, Secretary of the Canadian Olympic Association and manager of the 1948 Olympic Team, President of the CIS Central from 1950-51, and represented his university in U SPORTS for 25 years.

The Women’s Team Championship Trophy was donated by Canada West in 1977.