The UBC Thunderbirds men and women will both be looking to defend their national championship and capture consecutive titles at the 2018 U SPORTS Swimming Championships this week.

UBC, which won both the men’s and women’s 2017 U SPORTS Swimming Championships last year in Sherbrooke, Que., have been the top-ranked swimming program in both the men’s and women’s program’s all season long. The Thunderbirds men will be going for their 16th title in program history, hoping to break their second-place tie with Calgary and inch closer to Toronto’s total of 19. The UBC women are already the most successful program in history with 21 national titles, six more than second place Toronto (15). Among the field are seven Olympians from Rio 2016 who will be representing three different schools at the championship.

The 2018 U SPORTS Swimming Championships, hosted by the University of Toronto for the third time since 2019 runs Feb.22-24 at the Athletic Centre Pool.

The UBC Thunderbirds men claimed their 18th overall and fifth-straight Canada West title after winning 28 medals, 10 of which were gold, at the CW Swimming Championships hosted at the Commonwealth Pool in Victoria in late November. UBC’s Yuri Kisil was named male Swimmer of the Meet, with five gold medals and two silver. Calgary’s Frederik Kamminga won the gold medal in the 100m and 200m breaststroke, earning him male Rookie of the Meet honours. Kisil and teammate Markus Thormeyer are both Olympians who will be competing at the national championships. 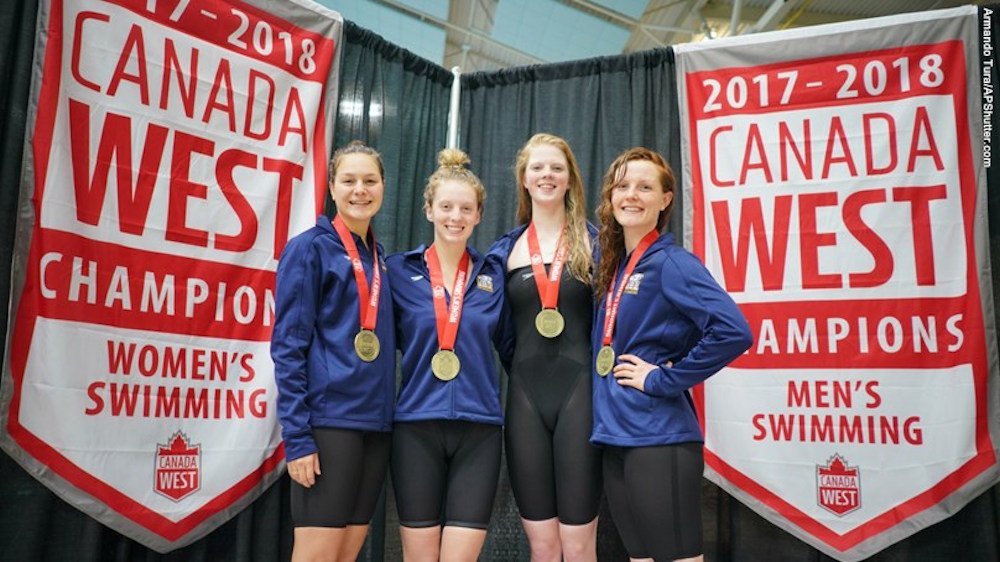 For the women’s competition, UBC dominated the field with 35 medals, 14 of those gold. Their 1,111 points also broke the record for the highest overall conference point total for a women's team. Despite UBC breaking overall team records, the female Swimmer of the Meet was Manitoba’s Kelsey Wog, last season’s Rookie of the Meet. This year she won six medals, including three gold, and broke two CW records. UBC’s Emily Overholt and Erika Seltenreich-Hodgson represented Canada in Rio and will hope to lead their team to another national title.

For the fifth straight year the Varsity Blues swept the OUA Swimming Championships, taking both the men's and women's banners competition held at the Western Student Recreation Centre.

This was the 15th straight conference title for the Toronto men’s swimming team. Fifth-year Eli Wall earned a Grand Slam in the 200m breaststroke, recognizing his four gold medals within the single event during his OUA career. The men’s Swimmer of the Year award was given to Ottawa’s Davide Casarin.

On the women’s side, Toronto’s Kylie Masse continued to collect hardware with two Grand Slams (50m and 100m backstroke) to earn OUA female Swimmer of the Year. Masse won a bronze medal in the 2016 Rio Games and holds the world record in the 100m backstroke. Her coach Byron McDonald also won women’s Coach of the Year honours. McMaster’s Olivvya Chow set a new OUA record while winning the 50m breaststroke, and adding a pair of silver medals.

The McGill men’s team comes into the national meet having captured their first RSEQ swimming championship since 2003. Samuel Wang and Bradley Crocker each won four gold medals to help their team reach the top of the standings, while Montreal’s Pierre Rouault earned himself the championship meet MVP award with four gold medals and six overall. Sherbrooke’s Jonathan Naisby also won a trio of medals en route to being awarded the men’s Athlete of the Year. 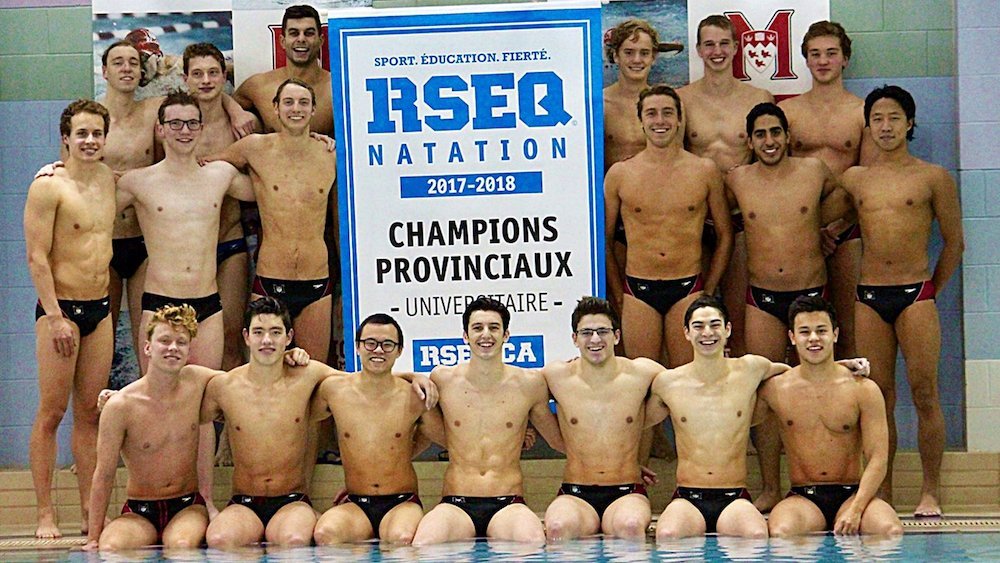 The women’s championship was won handily by Montreal, who have two Olympic swimmers on their roster in Katerine Savard and Sandrine Mainville. Mainville won every event she competed in, collecting six gold medals, along with the female Athlete of the Year and meet MVP awards. Meanwhile, Savard won four gold and two silver and Sophie Marois, also with Montreal, won five gold medals and one bronze.

The Dalhousie swimming program reigned supreme once again in AUS competition as the Tigers won their 20th consecutive men's championship and their 17th straight women's title at the 2018 Subway AUS Swimming Championships in Saint John. 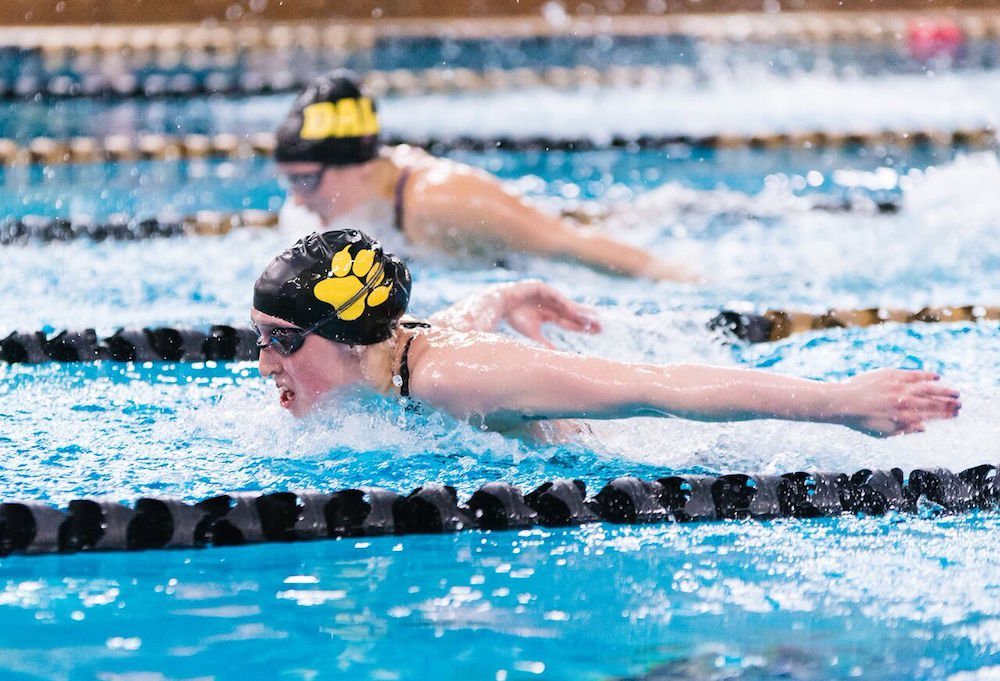 In the men’s competition, Brett Liem of Acadia was named the top male swimmer, winning gold in the 50m breaststroke but lost by just six one-hundredths of a second in the men's 100m freestyle to Mount Allison’s Geraint Berger.