The UBC Thunderbirds men and women will both be looking to defend their national championship and capture their fourth consecutive titles when the 2020 U SPORTS Swimming Championships open this week.

A year after winning the national banners in their new home pool, the Thunderbirds men are going for their 18th title in program history – one short of Toronto’s all-time mark of 19 – but face a stiff test from the Calgary Dinos. The second most decorated program in the nation, the Dinos led the U SPORTS national rankings from wire to wire this year, and nearly captured the CW title before being narrowly edged by UBC on the final event of the competition. On the women’s side, the Thunderbirds are already the most successful program in history with 23 national titles, eight more than second-place Toronto (15).

This year’s meet moves from the B.C. lower mainland to Vancouver Island as the Victoria Vikes host for the third time in program history and first since 2015 at Saanich Commonwealth Place.

A championship schedule and conference by conference previews are available below.  Livestreaming coverage is available for free on CBCSports.ca, CBC Gem, the CBC Sports for iOS and Android devices, and on USPORTS.LIVE. 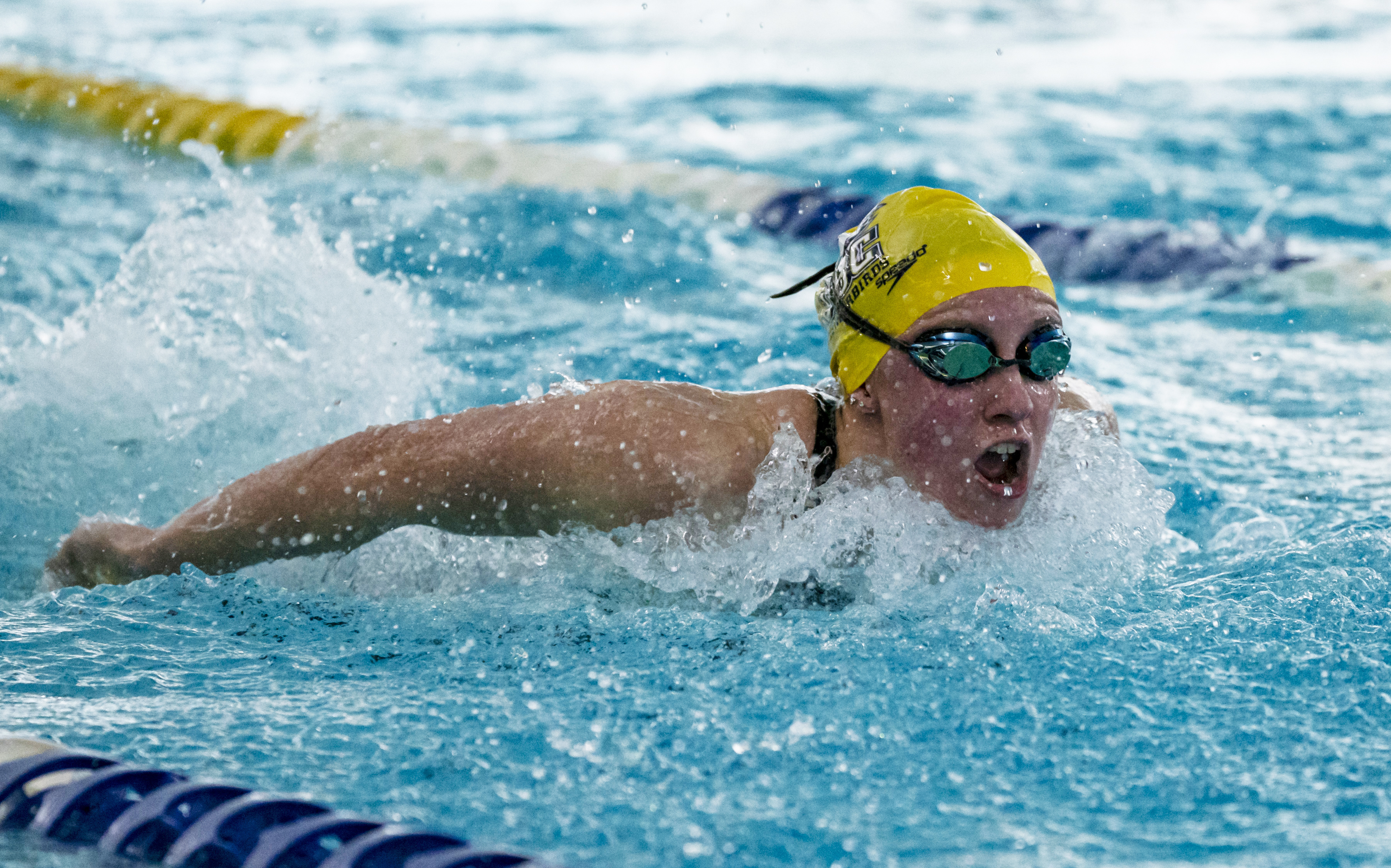 For the sixth consecutive year, the UBC Thunderbirds were crowned the Canada West men's and women's champions, but it wasn't without a dramatic finish in the men's standings to earn a record tying 20th conference crown.

Trailing the Dinos by a single point heading into the final event of the championships, second-year Calgary native Alexander Pratt came up with back-to-back impressive performances – winning the 400m freestyle (3:43.43) and then anchoring his medley relay team to victory (3:38.07) – to lead the T-Birds to the conference crown. With three individual and one relay gold medals, Pratt took home Male Swimmer of the Meet honours.

On the women’s side, Victoria's Danielle Hanus was named Female Swimmer of the Meet, after capturing seven medals (four gold, one silver, two bronze) and breaking three CW records, including 50m and 100m backstroke, as well as the 100m butterfly. Manitoba’s Kelsey Wog also took home a pair of conference records in the 100m breastroke and butterfly to go along with four individual and one relay medal. 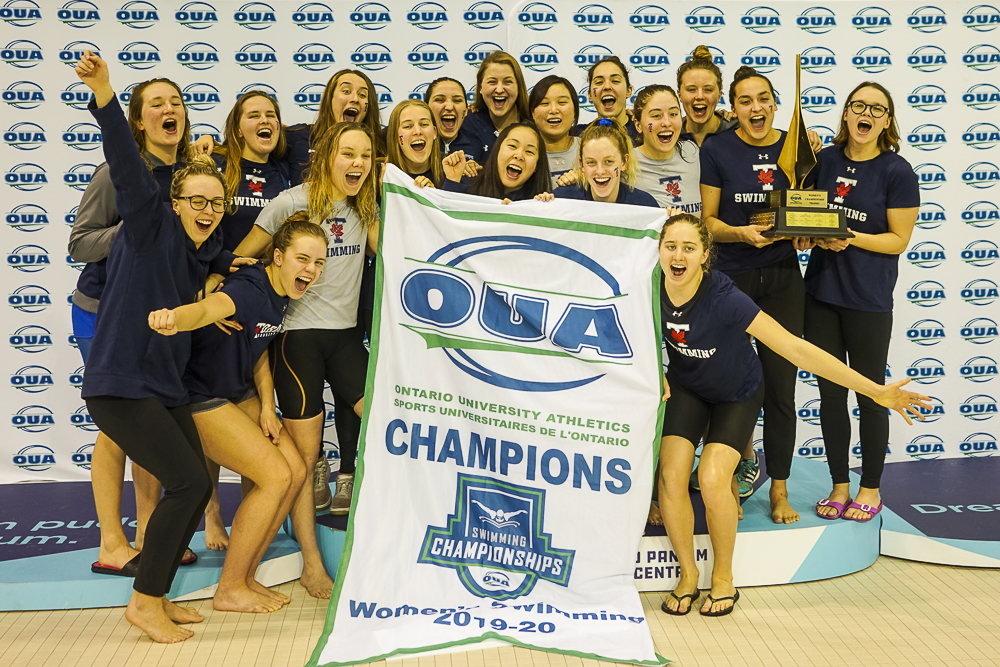 For the seventh straight season, the Toronto Varsity Blues swept the team standings raising both banners as 2020 men’s and women’s OUA swimming champions.

Despite the graduation of 2016 Olympic bronze medalist and two-time world champion Kylie Masse, the Varsity Blues women have not skipped a beat, finishing almost 350 points ahead of the McMaster Marauders. Reigning OUA female Swimmer of the Year Hannah Genich will look to lead the Blues this weekend. The 2019 FISU bronze medalist swept the butterfly events at the conference meet and will be a medal threat in all three distances, especially in the 200m where she completed the OUA grand slam and broke her own record. She would add to her impressive medal haul in the relays, helping her Varsity Blues top the podium in both the 4x50m and 4x200m freestyle events.

On the men’s side, the Varsity Blues earned their 17th straight OUA banner finishing over 400 points ahead of the silver medalist Western Mustangs. Osvald Nitski, a U SPORTS Top 8 Academic All-Canadian in 2016-17, is no stranger to the national podium – winning the 200 butterfly and 400 IM that season, and reached the 200 butterfly podium in both 2017 and 2018.

Western’s Sebastian Paulins was named OUA Male Swimmer of the Year. The fourth-year phenom broke a 14 year-old record by .05 seconds, clinching gold in the men’s 1500m freestyle, to go along with first-place finishes in the 400m freestyle, 200m butterfly and 400m medley. He also helped Western finished second in the 4x100m freestyle relay. 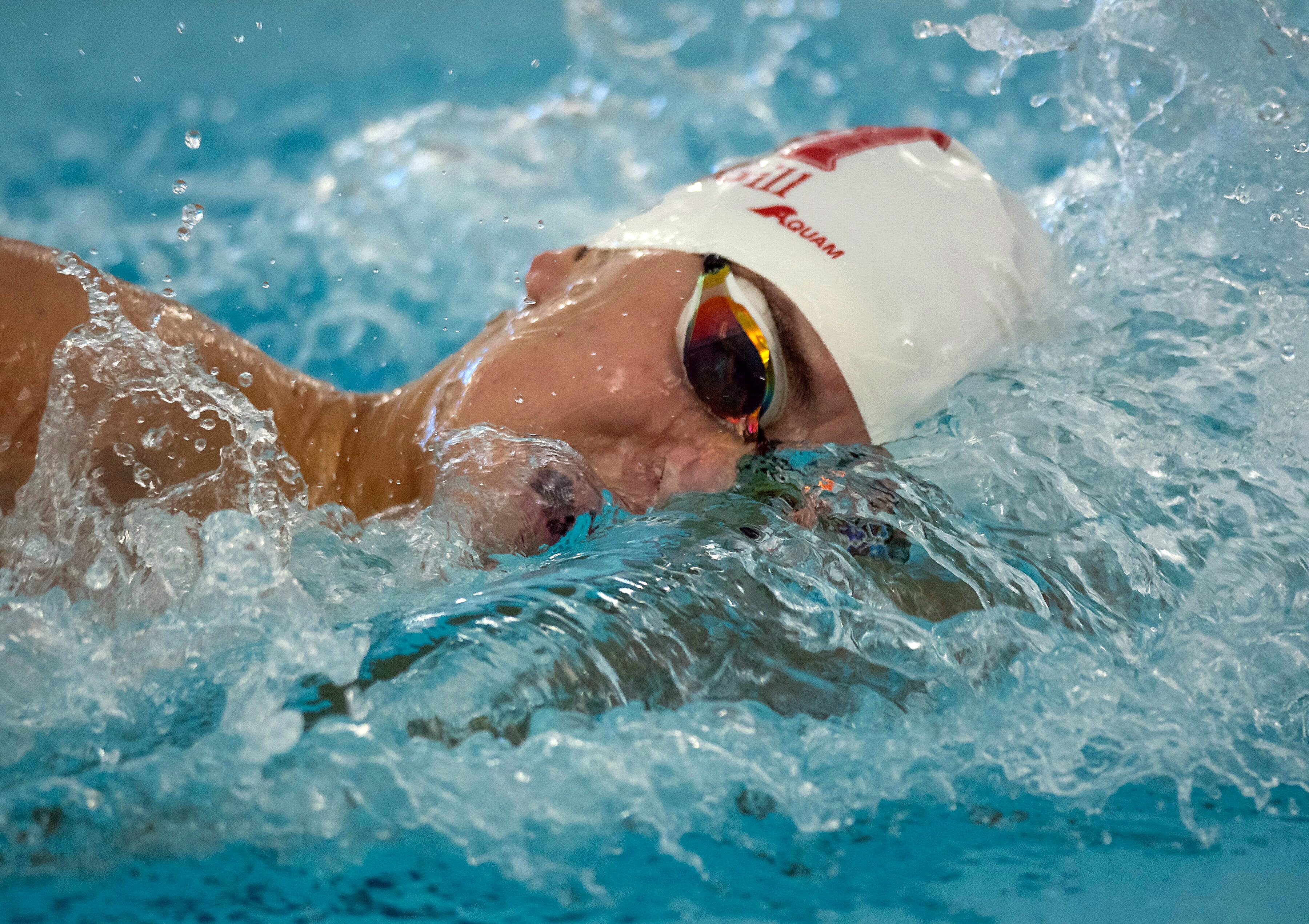 Rookie Daphné Danyluk and second-year Clemént Secchi each won six gold medals and were both named swimmer of the meet as McGill University pulled off a rare triple play sweep at the RSEQ championships.

The McGill women pulled off a stunning victory to capture their first conference banner since 2012, the men won their first title since 2018 and together, the two squads combined for the overall championship for the first time since 2004. It was only the third triple sweep of the RSEQ banners in school history, with the previous ones occurring in 2001 and 1999. 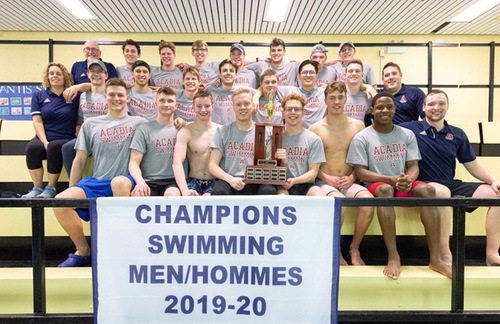 The Acadia Axemen earned their first AUS championship title in 38 years, snapping a winning streak by the Dalhousie Tigers of 21 seasons.

Leading the way for the Axemen was Swimmer of the Meet Brett Liem, who topped the podium in the 50m and 100m freestyle events and captured silver in the 100m breaststroke and 50m butterfly races. Liem also helped Acadia capture gold in the 4x100m freestyle, 4x200m freestyle and 4x100 medley relays, setting a new AUS record in the latter with a time of 3:34.01. 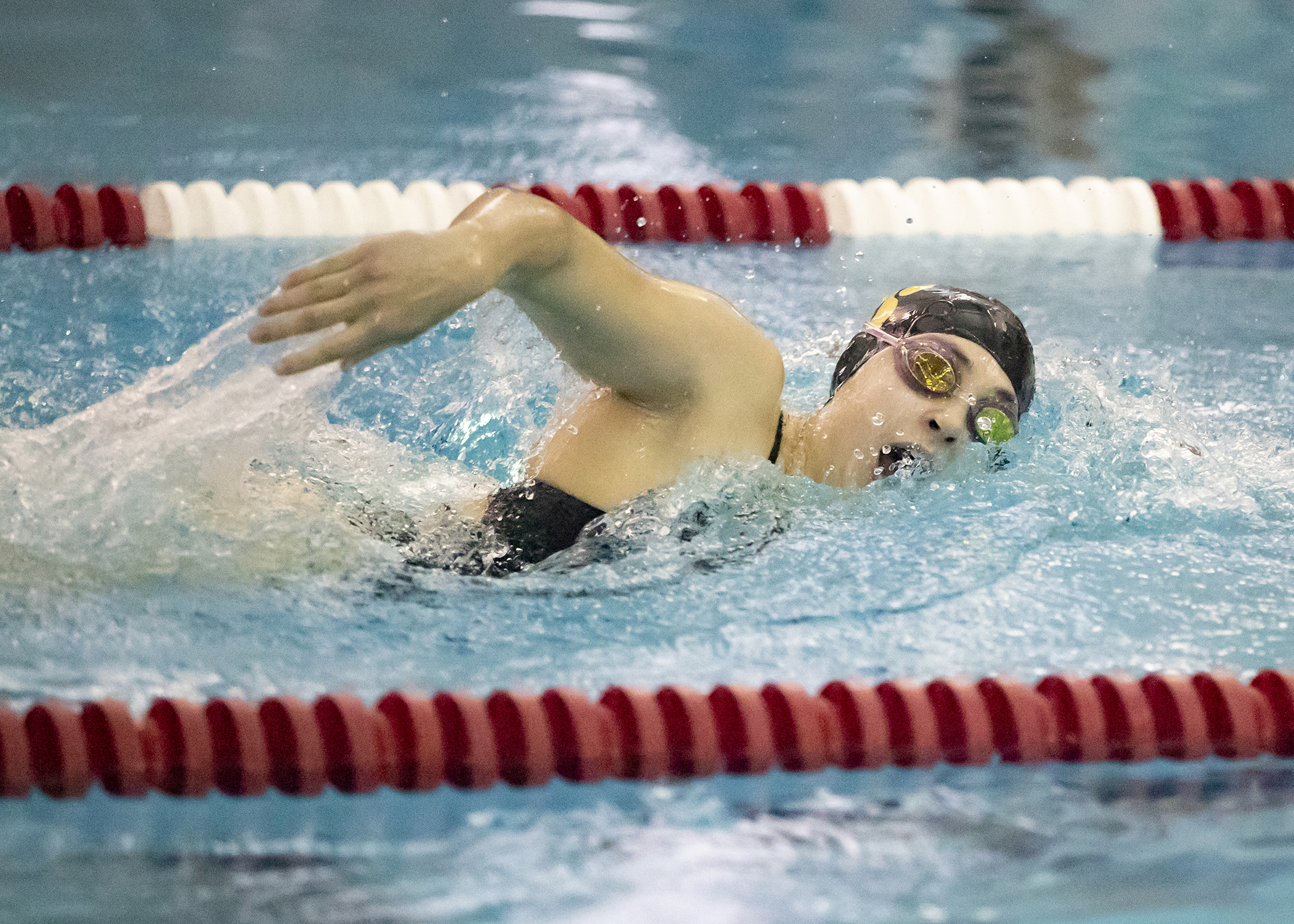 On the women’s side, the Dalhousie Tigers won all of the meets they entered this season, capped off by their 19th consecutive AUS championship banner where they finished first in 13 of 19 events.

Isabel Sarty was named the female Swimmer of the Meet after tallying four individual and three relay gold medals. She topped the podium in the 50m, 100m, 200m and 400m freestyle events—setting new AUS records twice in the 100m freestyle (heats and finals) – while also tallying new Dalhousie and Nova Scotia Senior record in the 200m freestyle.

As a member of the Dalhousie relay teams, Sarty helped set two more conference records in the 4x100m freestyle and 4x100m medley relays. 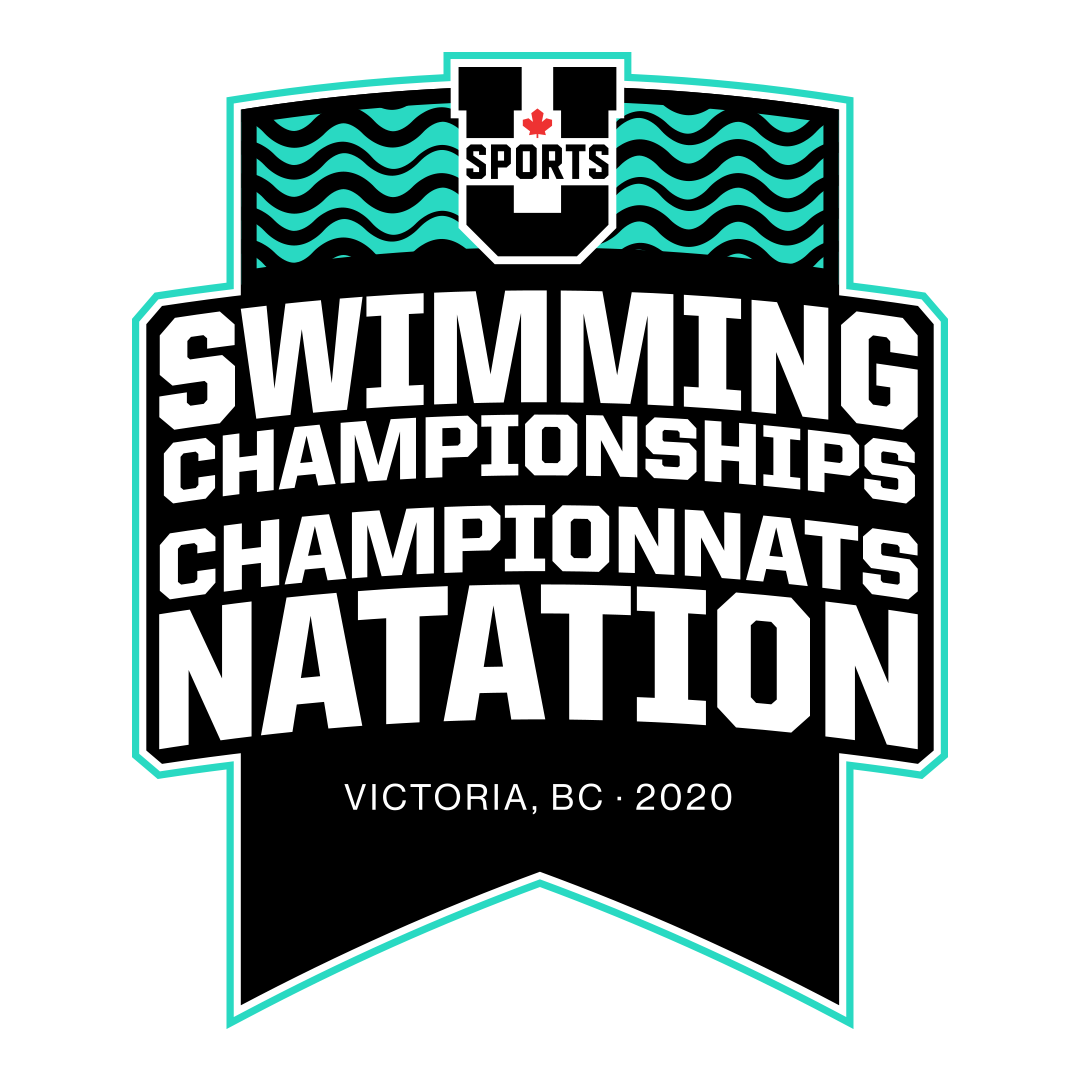