SAINT JOHN, NB – The first day of competition at the 2022 U SPORTS Track and Field Championships, presented by Saint John LNG, came to an end with the presentation of medals in four events.

The first gold medal of the championship was awarded to Noémie Jeffrey, of Laval, who won the women’s weight throw with a toss of 18.89 metres.

“You’ve got to train hard, you’ve got to be consistent, and you’ve got to show up at every training session, even if you don’t really want to sometimes,” said Jeffrey. “But, this gold medal, it makes it worth it.” 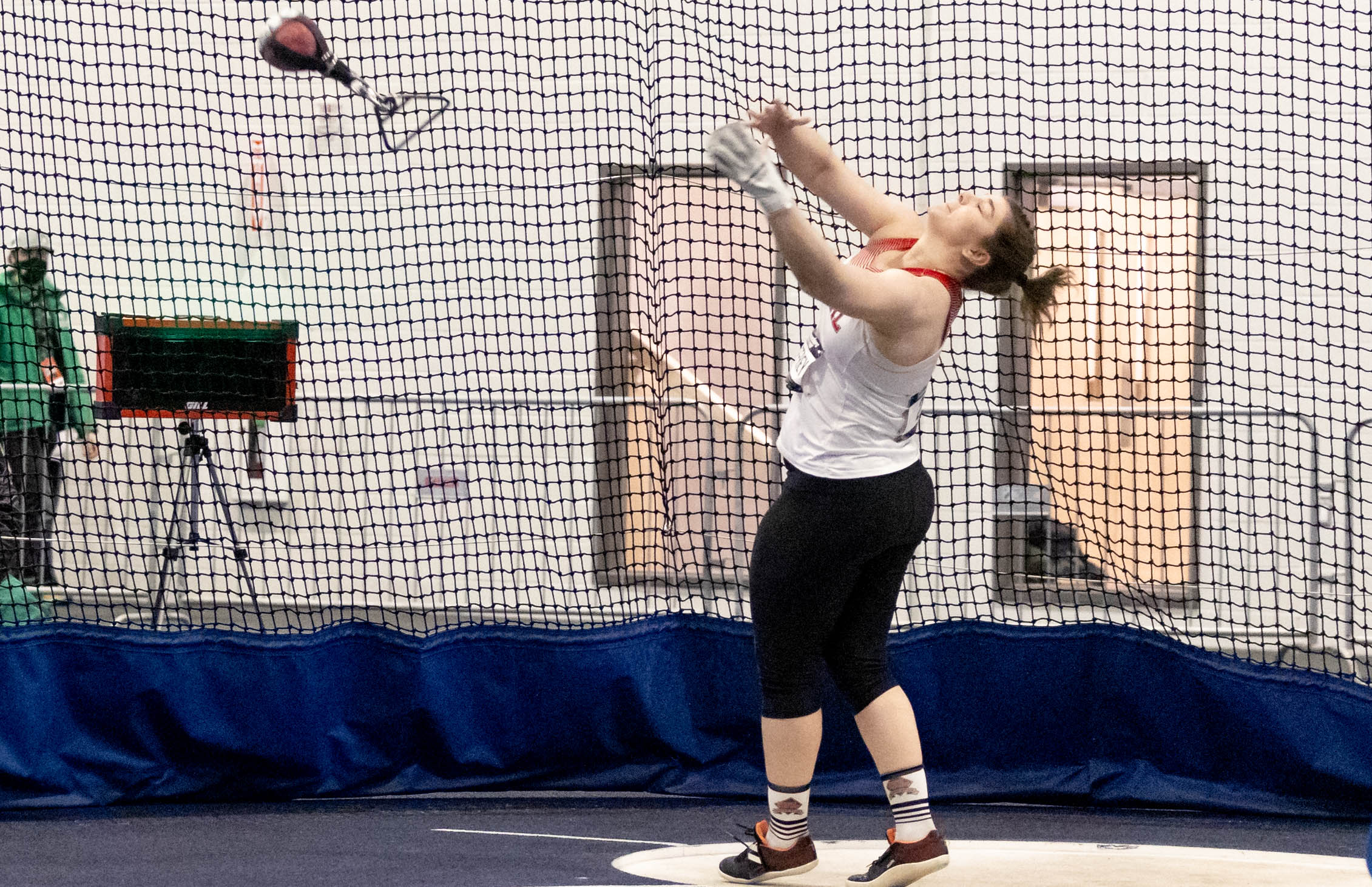 In the women’s pentathlon, Dallyssa Huggins, of Rams Athletics, won the final event, the 800 metres, to surge to the top of the medal podium. Waterloo’s Hannah Blair and Dalhousie’s Lorena Heubach were second and third respectively.

In the highlight events of day one, the 60 metre sprints, runners from Guelph and Regina, earned gold medals.

Jacqueline Madogo, of the Gryphons, crossed the line in a time of 7.30 seconds, ahead of Saskatchewan’s Gracie Anderson and Laval’s Audrey Leduc.

The Cougars’ Usheoritse Itsekiri won the men’s 60 metres, in a time of 6.66 seconds, ahead of Waterloo’s Immanuel Onyemah and Manitoba’s Brian Lewis.

In the high jump of the men’s heptathlon, Guelph’s Noah Dommasch set a new U SPORTS in-event record, clearing 1.99 metres. 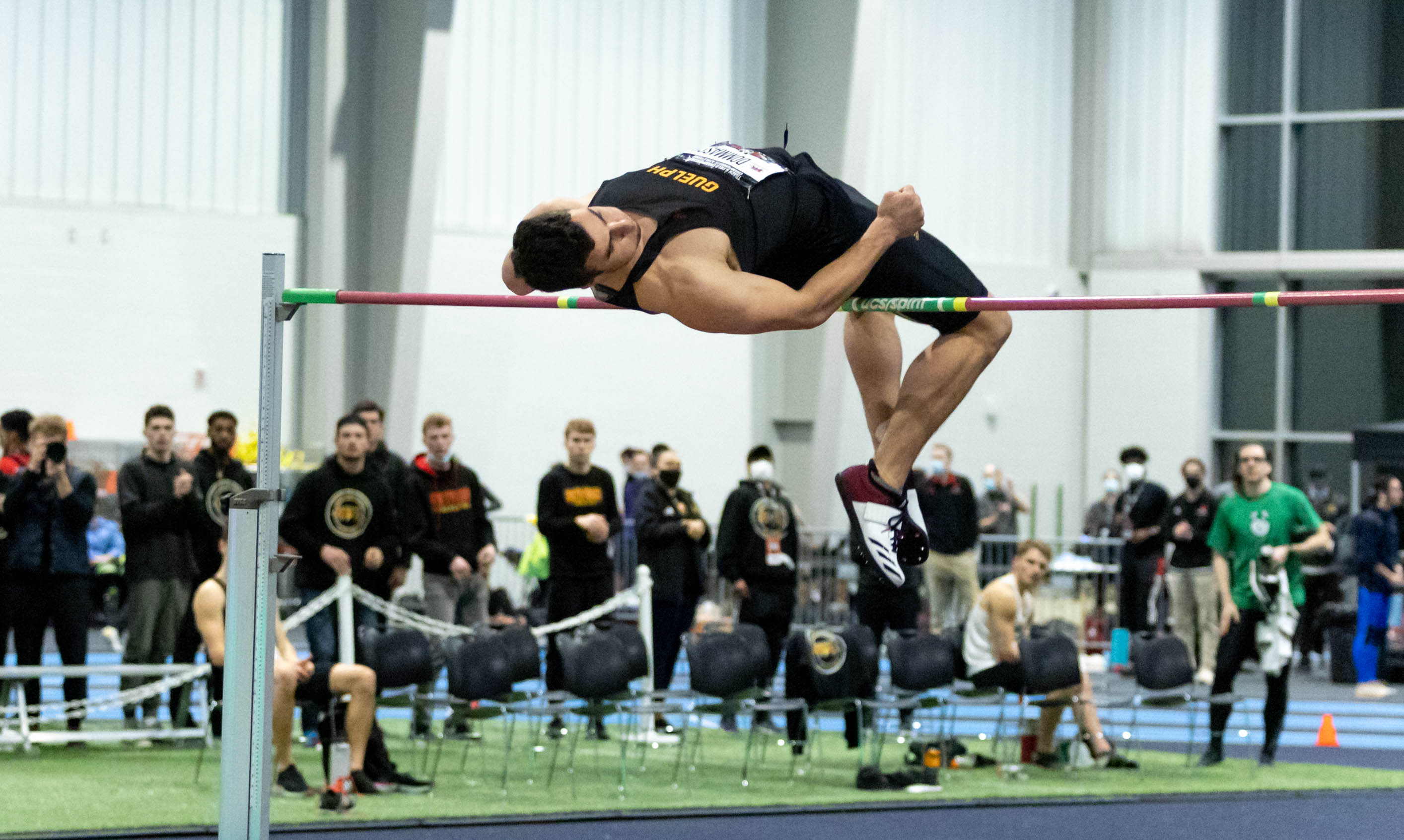 “It’s unbelievable to jump the record and it’s extremely motivating going into tomorrow,” said Dommasch. “One of the biggest differences between jumping high and not jumping high was building off the adrenaline of the crowd. It’s great to have a team around me as well, providing that energy.”

With 16 points, the Laval Rouge et Or and Western Mustangs are tied atop the women’s team standings after one day of competition. Guelph, Calgary and Saskatchewan are in a three-way tie for second.

In the men’s team standings, Waterloo leads with 12 points. Regina and Manitoba round out the top three.

Day two of the event gets underway mid-day Friday, with the men’s weight throw and men’s 60 metre hurdles heats.

From the field to the track: Abbey MacLellan's harrowing journey to Athletics