U SPORTS, its four conferences and 56 member universities are saddened to learn of the passing of Doug Mitchell.

“With the passing of Doug Mitchell, U SPORTS has lost a wonderful friend and champion,” said Pierre Arsenault, U SPORTS Chief Executive Officer. “We have complete gratitude for Doug and his wife Lois and for the tireless energy they put into celebrating and elevating the stories of our U SPORTS student-athletes. Our thoughts and prayers are with Lois and the entire Mitchell family during this difficult time.” 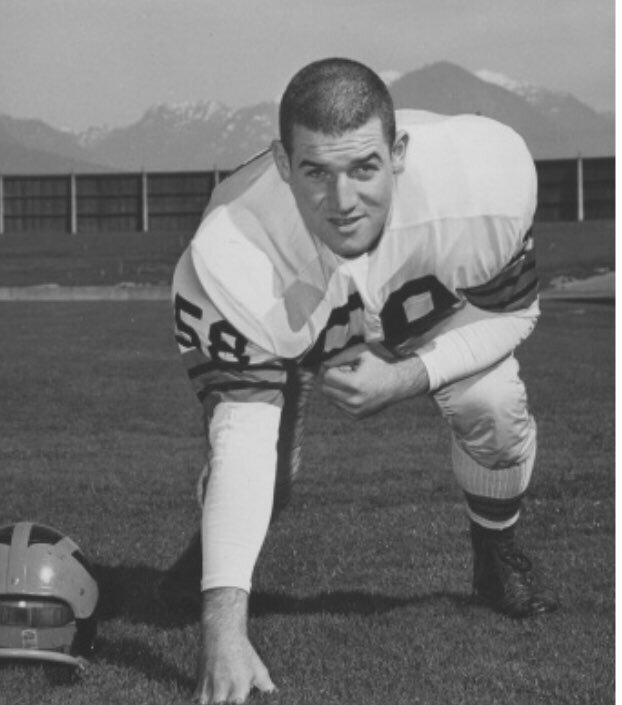 Born in Calgary in 1939, Doug’s connection with U SPORTS began as a student-athlete with the UBC Thunderbirds, graduating in 1962. After a brief professional career with the BC Lions, he went on to a successful legal career with Howard, Mackie that merged with four other law firms to form Borden Ladner Gervais. His sports business career includes serving on the NHL’s Board of Governors from 1980 to 1984 and as CFL commissioner from 1984-1989.

After a trip to New York to watch the Heisman Trophy presentation, Doug formed the Canadian Athletic Foundation in 1993 to raise the profile of Canadian university student-athletes. Working with U SPORTS, known as the Canadian Interuniversity Athletics Union (CIAU) at the time, he founded what has become the Lois and Doug Mitchell U SPORTS Athletes of the Year Awards. 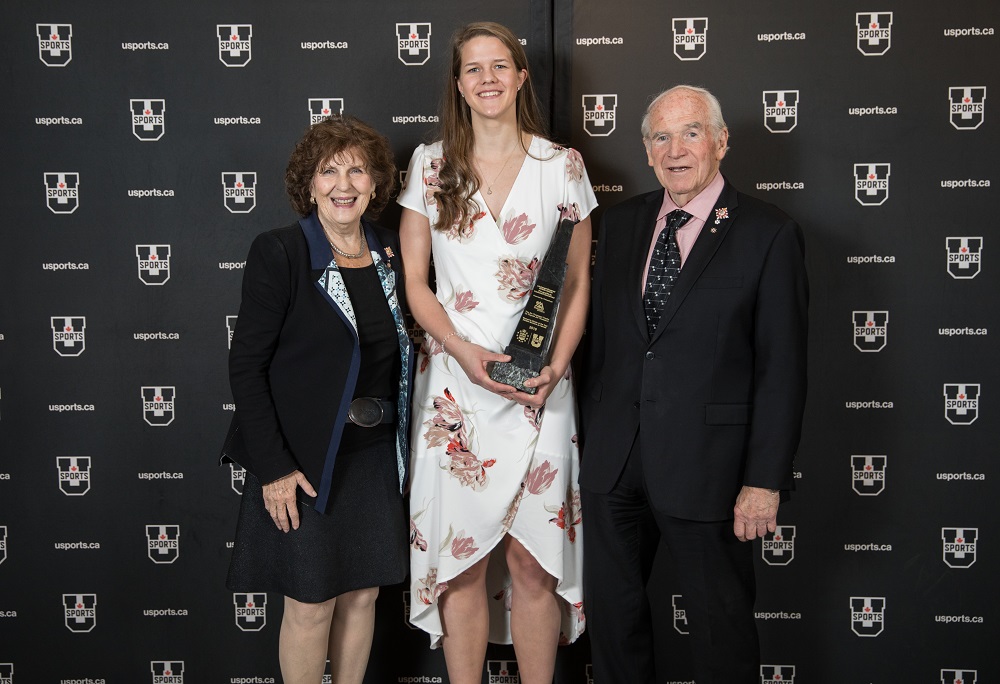 In recognition of his long-standing support of university sport, U SPORTS (then named CIS) christened one of its national football semifinal games as the Mitchell Bowl in 2002. 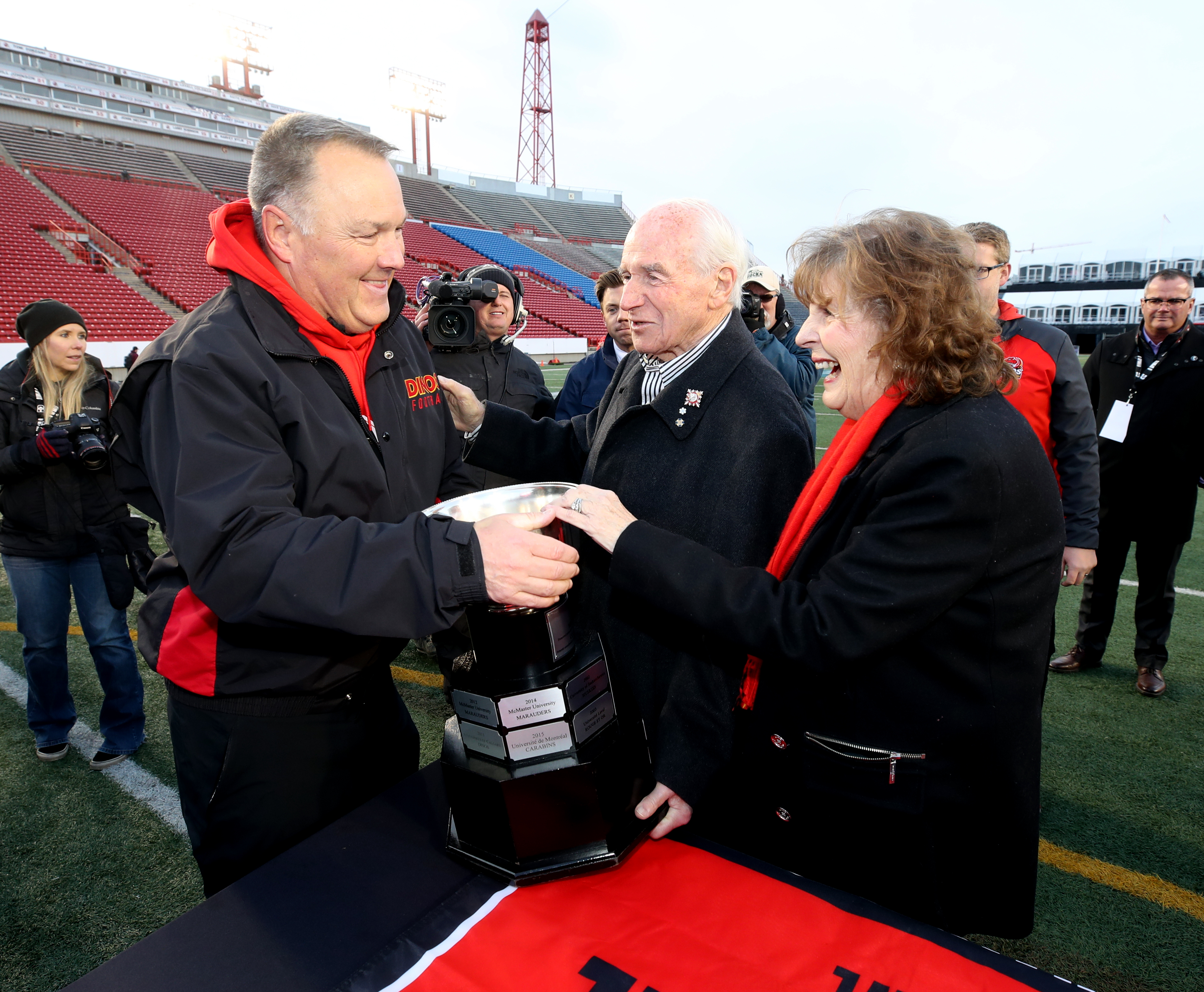 In 2009, Doug made a $10-million donation to the University of British Columbia to support the modernization of their athletic facilities. As such, the university named the complex the Doug Mitchell Thunderbird Sports Centre in recognition of his extraordinary contribution to Canadian amateur sport.

The centre hosted hockey and sledge hockey for the Vancouver 2010 Olympic and Paralympic Winter Games. His 10-million-dollar donation was the largest-ever pledge to a Canadian varsity athletics facility at the time.

Doug believed that sport is the greatest classroom stating in 2007, “University athletics are vital in building the leadership that is so essential to our economy and society. Playing sports taught me that none of us can thrive alone – we need a team. It also taught me that it’s not about the falling down; it’s the getting up that counts!”

In 2020, he and his wife Lois worked with U SPORTS to form the Mitchell Family U SPORTS Alumni of the Year Awards, which recognized the continued support of former varsity student-athletes to the Canadian university sport system.

U SPORTS, its conferences and member institutions extend their condolences to the Mitchell Family.