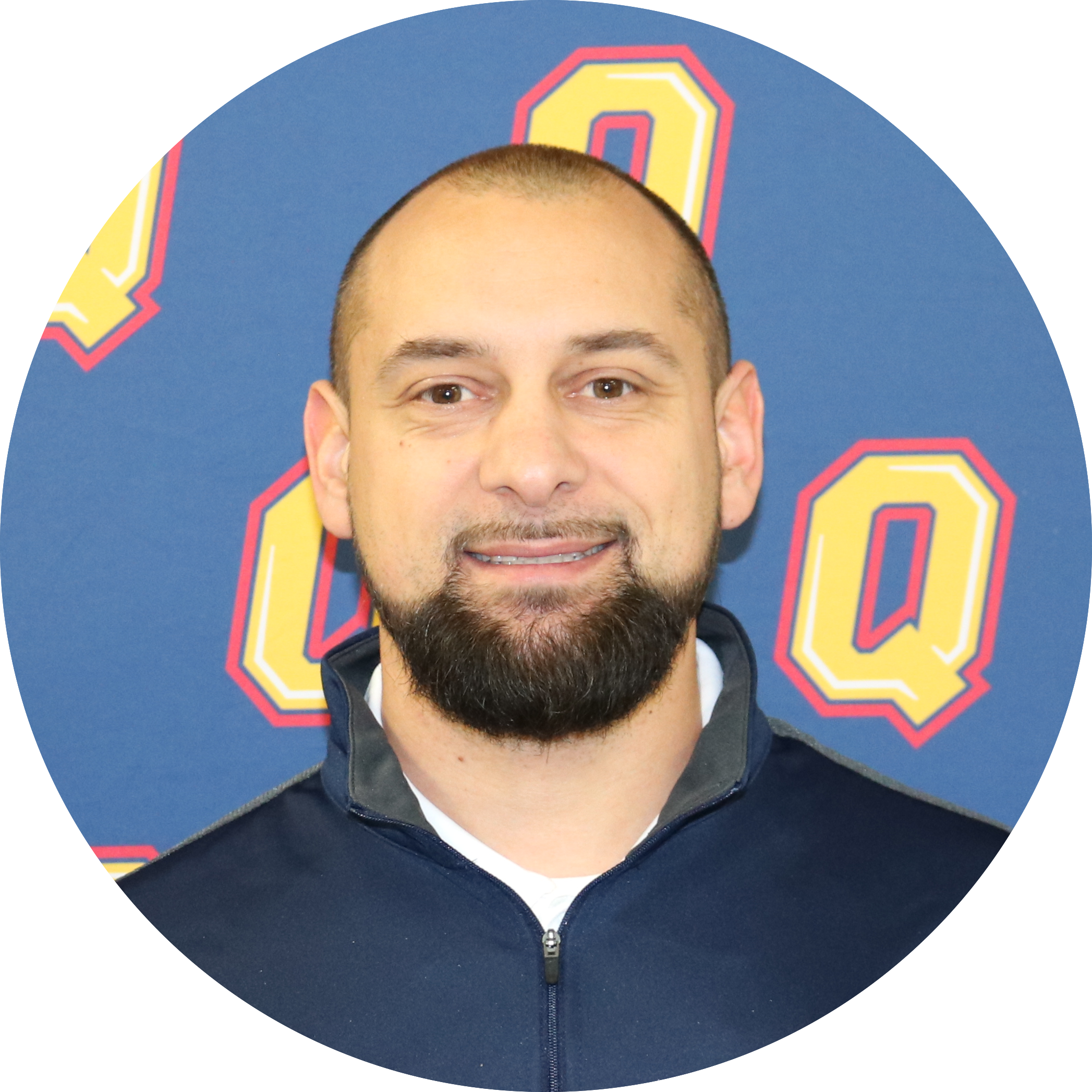 1. How did you first get involved in coaching? What was your path to your position as head coach of Queen’s?

I returned to Canada after two seasons in Germany to join the London Jr. Mustangs staff of the OVFL in the summer of 2012, where we went undefeated and won the league title. The fall of 2012, I joined the Windsor Lancers as the Special Teams & Recruiting Coordinator, the move to Windsor was the official start to my university coaching career.

After two seasons at Windsor, both resulting in playoff appearances, I accepted the offensive coordinator position at StFX. In three seasons at StFX we won back-to-back conference championships. Following the 2016 season at StFX, in which we won the AUS title and played in the Mitchell Bowl, I became the offensive coordinator at Western University. The 2017 and 2018 seasons at Western were special, and we finished with a combined record of 23-1 with back-to-back conference championships and national semifinal victories as well as the 2017 Vanier Cup national championship.

I would have to start with my Grade 9 basketball coach Dave Martin. Dave taught us how to work and play hard-nosed and relentless. That experience taught me how to play with an edge. My senior basketball coach Tony Marcotullio taught me accountability, and how to own your decisions and performance and move forward. We worked hard for Tony because Tony worked hard for us. That experience taught me so many things, but the systematic development of fundamentals and teaching of systems was exceptional, on top of that the environment was extremely intense, I was ready for the real world and the next step in my athletic career.

Chris Bertoia, Joe D’Amore, Gary Waterman, Greg Marshall were also all very influential in my time working with them. Coach Bertoia gave me an opportunity with the Jr. Mustangs and helped open the door for me at Windsor. He is like family, dating back to being coached by him with the London Beefeaters in 2004. Joe D’Amore believed in me and trusted me, and he truly empowered me as a young coach. Working with Gary Waterman was incredible. We worked hard together to turn around a program. We put a lot of time and energy into everything we did. The way he runs his program, off-season structure, in particular, is great stuff. Coach Marshall at Western is a legend. He runs a great program, and his accomplishments are extraordinary. He does a great job hosting events, taking care of the people in his program, and his knowledge of offensive football is amazing. I learned so much working with him, and I’m ready to be a head coach after working with Greg.

I love the details of football and running an organization. I like to be organized and prepared. Working with and building relationships with the people in our program is the best part of coaching. I’m a teacher at heart, and I love teaching the game. I’m competitive, like all the coaches in our league, so I tend to operate with a sense of urgency, and I often bring an intensity to football that is genuine. When its football time, I’m intense, I can’t help it, and I love the game. 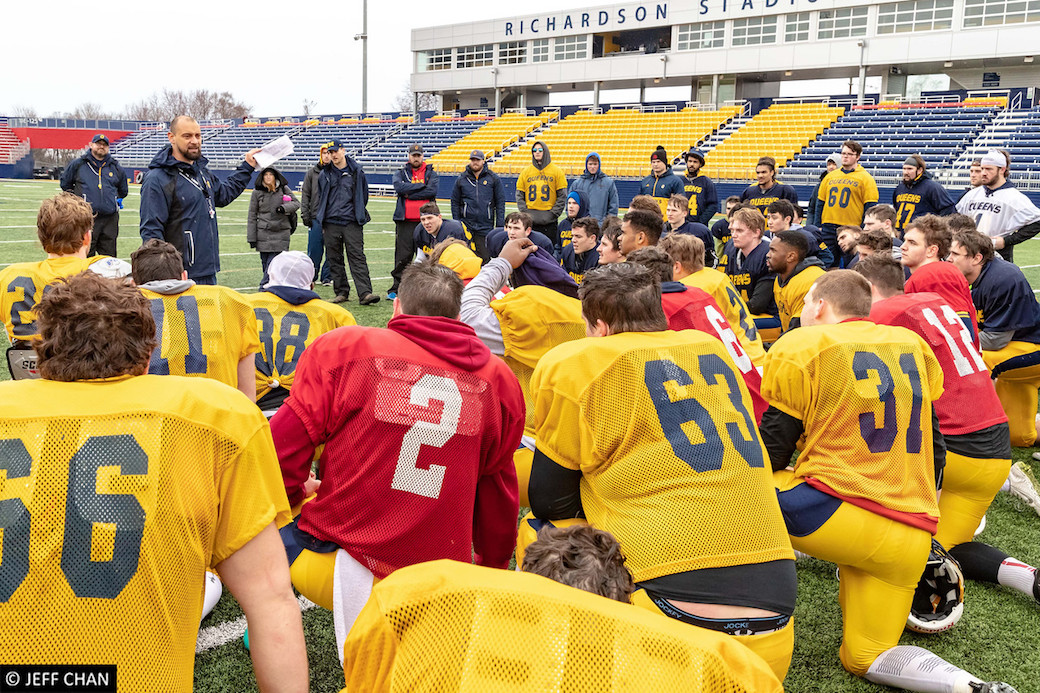 I can’t pick one, I admire so many across our country. I have so much respect and admiration for the coaches who came before me, men like Darwin Semotiuk, Larry Haylor, Don Loney, Bob Howes, Doug Hargreaves.

I also enjoy following the careers and learning from coaches like David Cutcliff at Duke, Dabo Swinney at Clemson, Nick Saban at Alabama, Chris Petersen at Washington, Urban Meyer, Dino Babers at Syracuse.

That’s a tough one, there have been a few out of the box moments. Something as simple as using a combination or white as well as blue jerseys to make an “X” in one of our team pictures at StFX. When I was setting it up telling people where to sit, a lot of people were looking at me like I was crazy. The picture turned out great! I was proud.

Be coachable and be accountable. Outwork people and find out what gives you an edge. Master the balance of urgency and patience. Embrace football as a way of life, it can work wonders for you. 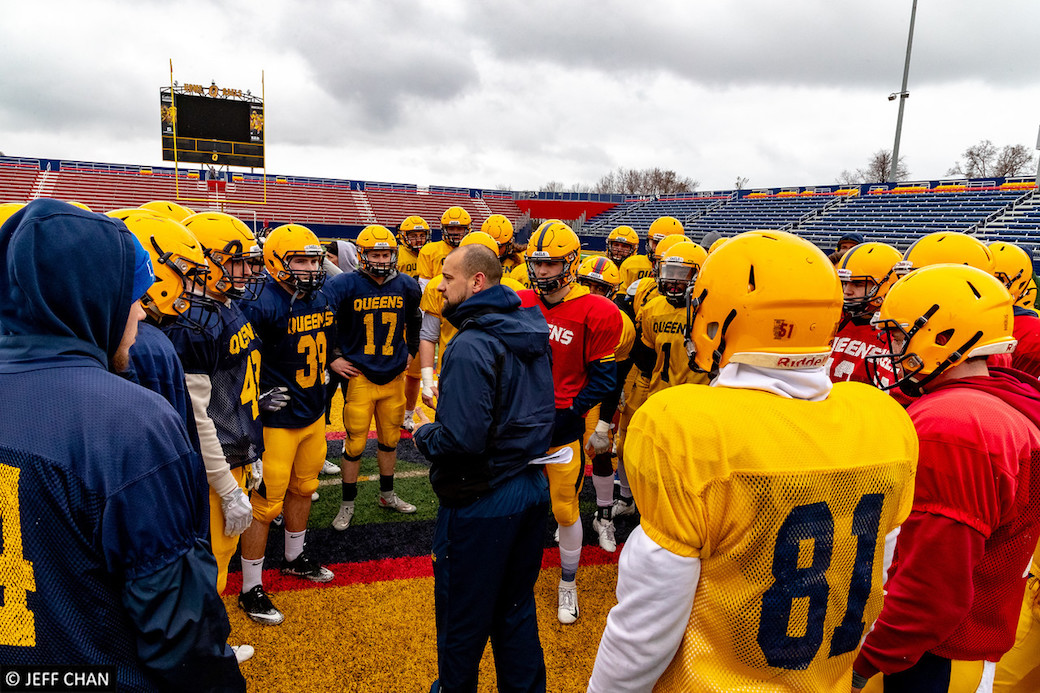 I have grown. I grow as a person and a coach everyday, but my respect for the game has remained the same.

Spending time with my family and very close friends.

I did get hit in the head by a long snap once, everyone was looking at me wondering if I was okay. I took it like champ and acted like it didn’t phase me. My ears were ringing for a few minutes afterwards but I kept coaching!

Getting to know your U SPORTS student-athletes: Bleska Kambamba, Western Mustangs