He was a wide-eyed, football-crazed 15-year-old helping coach a minor league team, and the officials hadn’t shown up.

“How do you tell a bunch of eight and nine year-olds that there’s not going to be a game today?” Berry recalls. “Being the youngest guy coaching on the coaching staff…they go ‘Here’s a flag, here’s a whistle.’”

More than four decades and thousands – perhaps even millions – of blown whistles and flags thrown later, Berry is set to be the head official of the 54th Vanier Cup Presented by Promutuel Insurance on Saturday. It’ll likely be his last game on the national stage, as he plans to retire from officiating after next season. 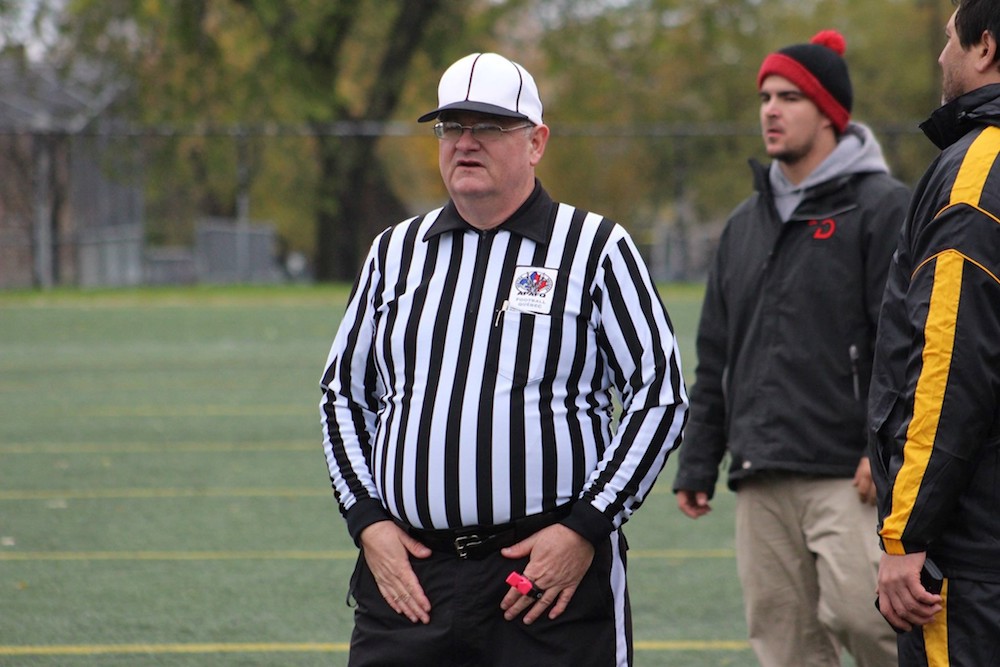 Berry’s refereeing career has spanned 44 years. It’s been nearly half a century marked by hard work and sacrifices – but all in the name of a sport he’s loved since the age of five.

“I said, ‘Yeah, I really like this,’” Berry recalls of the moments after his first game. “I just kept doing it.”

Refereeing lower-level Quebec football leagues until 1989 – all while maintaining a full-time job – Berry leaped to the U SPORTS level for the first time. While he continued to officiate at lower levels, as do all other officials in U SPORTS’ four conferences, it was an important jump for Berry’s career.

Ten years later, in 1999, he took the ultimate step to the CFL. He held his position there until 2006, but decided to move back to Canadian varsity football to ease his workload. Since then, he’s maintained his position as one of the RSEQ’s 24 officials and is the rules editor and interpreter for Football Canada. While Berry continues to hold down a full-time occupation, he adds that refereeing has always felt like a second full-time job.

“Realistically, the only way you can do it is reading the rules, learning the mechanics, doing games, making mistakes, learning from the mistakes."

Much of his job isn’t a far cry from what U SPORTS and CFL players endure to achieve a successful career. His arrival to the U SPORTS level – which began 14 years after he kicked off his officiating career – was around the average time it takes for most to reach this level of officiating according to RSEQ Referee-in-Chief, Dino Marzinotto.

“I would say (it takes) at least 10 years,” Marzinotto says. “But there are exceptions to the rule if there’s talent.”

Marzinotto says referees go through a three-step process to be able to officiate games involving U SPORTS teams, which brings them through each level of Canadian junior football. Once they reach university football in Canada, some are evaluated in-game by CFL employees who will determine whether they have the necessary abilities. The point to which they’re often moved to the CFL takes from two to four years.

“If they stand out, we’ll bring them up to the university level. There are many people who aren’t committed and don’t want to do it – that’s the point of this. Like anything else, it’s a job.”

Marzinotto says refereeing Canada’s student-athletes is a unique culture, and for U SPORTS referees, officiating is a labour of love.

“The good thing about it is that we enjoy what we’re doing,” Marzinotto says. “(All the U SPORTS officials) are good people because they’re committed to refereeing football.”

With one year left on the field, Berry looks back on his career with fondness. His love for the sport precedes his desire to officiate, and knows his community of officials hold Canadian football in good hands. 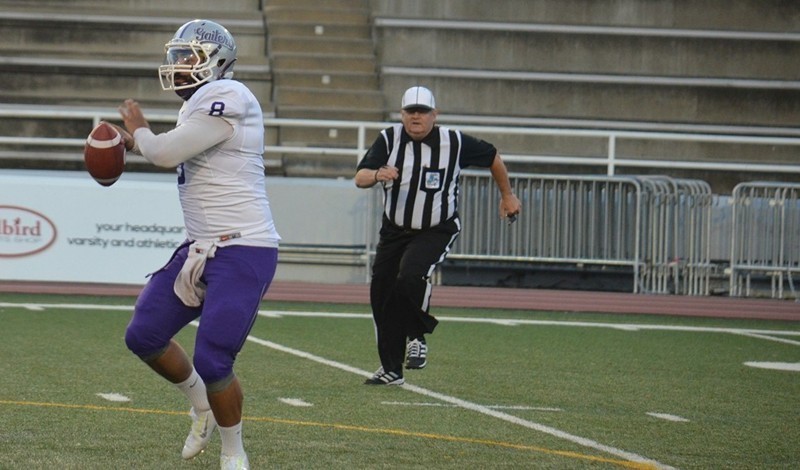 Matt is a third-year english student at Queen’s University in Kingston, Ont. His interest in sports journalism comes from his passion to tell people’s stories of adversity and strength and is currently the sports editor at the Queen’s student newspaper, The Queen’s Journal. He’s tremendously eager to immerse himself in the world of U SPORTS.