U SPORTS is proud to announce that Université Laval in Québec City has been awarded the right to host the 56th Vanier Cup championship on Saturday, December 4, 2021 at TELUS-Université Laval Stadium.

The date of this year’s game was pushed back by one week to accommodate a hopeful safe return to conference regular season and playoff play across the country amidst ongoing impacts from COVID-19.

The 2021 edition of the Vanier Cup will be broadcast in English by CBC Sports and in French by TVA Sports in addition to being available on both broadcasters’ digital platforms.

The championship logo was also unveiled on Thursday, featuring the Fairmont Le Château Frontenac - one of Canada's National Historic Sites and a Quebec City staple - completing the new U SPORTS logo system unveiled in 2019, which integrates local landmarks into the visual identity of each market-driven championship.

Université Laval has hosted the Canadian university football championship on the legendary Stade TELUS-UL turf on six previous occasions, including the two most recent championships in 2018 and 2019. 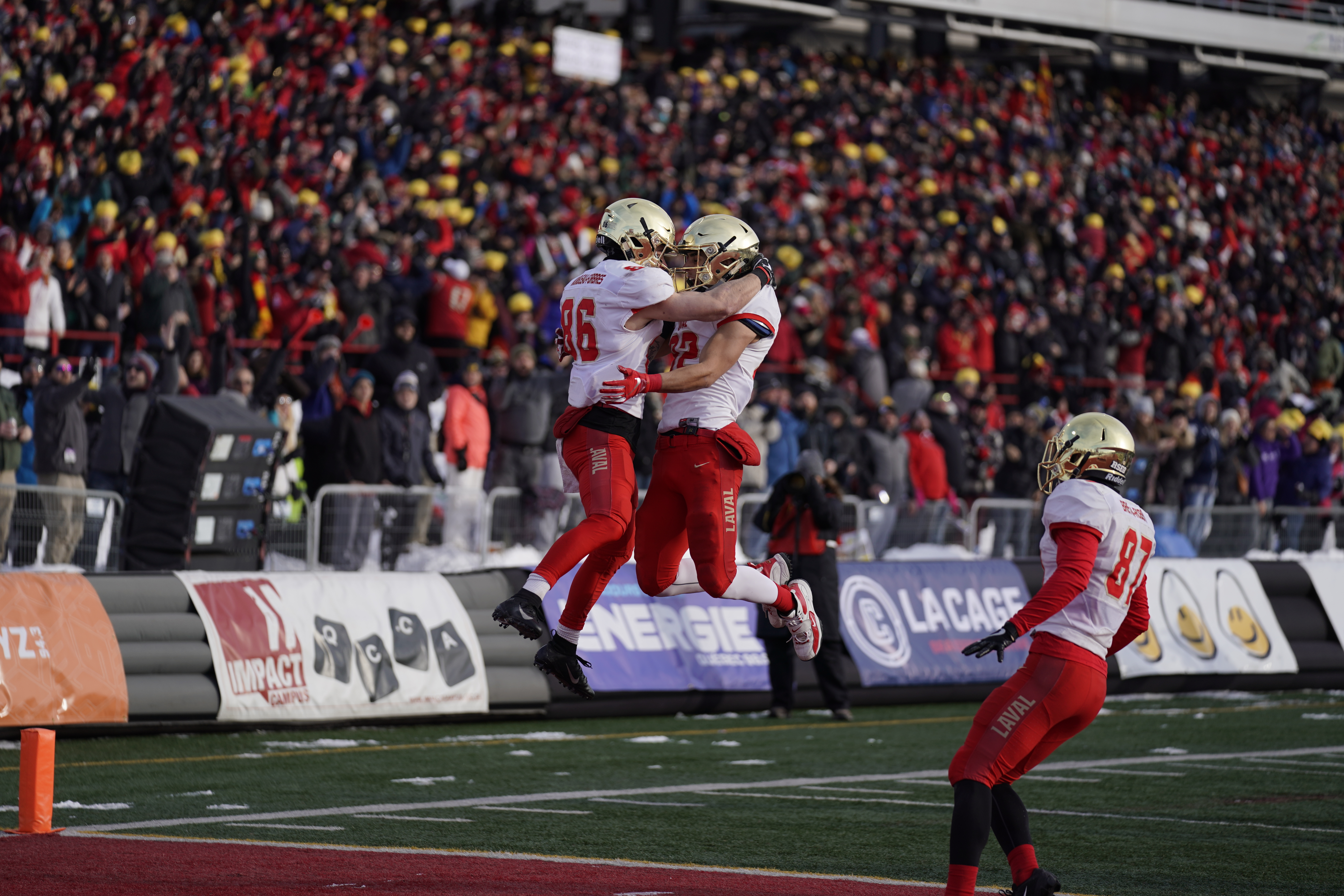 “We are excited that the first Vanier Cup coming out of the pandemic will be hosted by Université Laval. We had two options to consider: either play the Vanier Cup at the host of the Mitchell Bowl champion, or Laval and it was an easy decision, given the successful track record of Université Laval organizing U SPORTS championships.”

Previous iterations of the Vanier Cup in 2009, 2010 2013, 2015, 2018 and 2019 have attracted enthusiastic crowds at the 12,187-seat TELUS-UL Stadium.  Although the capacity for the championship game will be determined by public health officials, Université Laval and U SPORTS closer to the championship, student-athletes will be able to count on the support of Québec.

“Quebec City football fans have always risen to the call to support the team in the Vanier Cup regardless of the participants,” added Johnson-Stapley. “We know that they will be there on December 4 to create an amazing environment for our student-athletes.”

"We are eager for Université Laval to play a leading role in the revival of university sport and, above all, to be able to offer Quebec fans a large-scale event that they deserve after all that we have experienced in the last year. We are very happy that U SPORTS has placed their confidence in us once again and we will, as is our habit, do everything to make the Vanier Cup a success!”

Richard Bélanger, co-chair of the 56th Vanier Cup Organizing Committee and former Rouge et Or football player from 1997 to 1999 intends to draw inspiration from his personal experience to carry out this unifying project.

“As a football program alumnus who experienced the very first Vanier Cup triumph of the Rouge et Or, I am in a very good position to understand how this event will mark the lives of the players who will participate in the game this year – especially considering the special circumstances that it represents the return to play of our student-athletes following the pandemic,” said Bélanger. “The Rouge et Or alumni association that I represent want to get involved in the hosting and success of this great event, both for our region, our sport and for current and future players. " 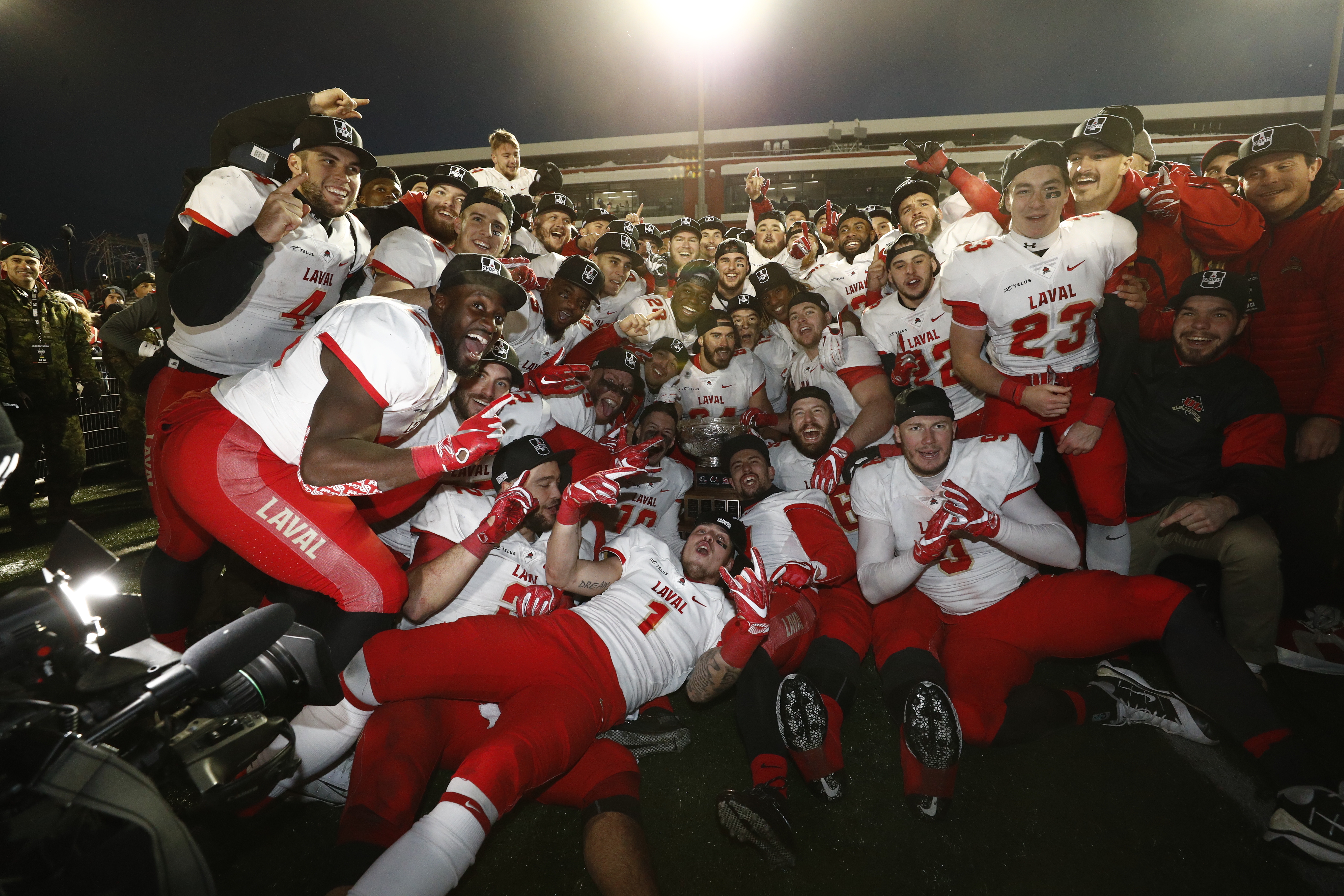 The Laval football program has enjoyed unparalleled success since its U SPORTS debut in 1996, both on the field and at the gate. The Rouge et Or have claimed a record 10 Vanier Cup titles in 12 appearances since first playing in the game in 1999. The Rouge et Or have also led the country in regular season attendance since the team’s founding, and have averaged 15,720 spectators in three appearances in previous Vanier Cup contests at home.

The Vanier Cup is played between the winners of the Uteck and Mitchell Bowl national semifinals, featuring the four U SPORTS conference champions. The 2021 Mitchell Bowl will feature the Atlantic University Sport (AUS) champion visiting the Ontario University Athletics (OUA) champion, while the Uteck Bowl will see the Réseau du sport étudiant du Québec (RSEQ) champion host the Canada West (CW) champion – with both games taking place on Saturday, Nov. 27.

The entire 2022 Winter Championship Host Rotation will be confirmed next week.