The fifth-year receiver was all over the scoresheet against the Lancers, putting up career-best marks in receptions, yards, and touchdowns in an important West Division matchup.

Eguavoen’s first big play came halfway through the second quarter to break up what was a defensive battle to that point, as he reeled in a 54-yard touchdown – which matched a career-long – to push his team’s lead to nine at the time.

The Mississauga, Ont. native doubled down with another lengthy touchdown of 48 yards in the fourth quarter. This second major capped off what was a 10-reception, 222-yard performance for the dynamic receiver in his team’s 33-8 victory.

With the performance, Eguavoen moved into second in the school’s record books for most receiving yards in a game, passing Stefan Ptaszek on the all-time list. 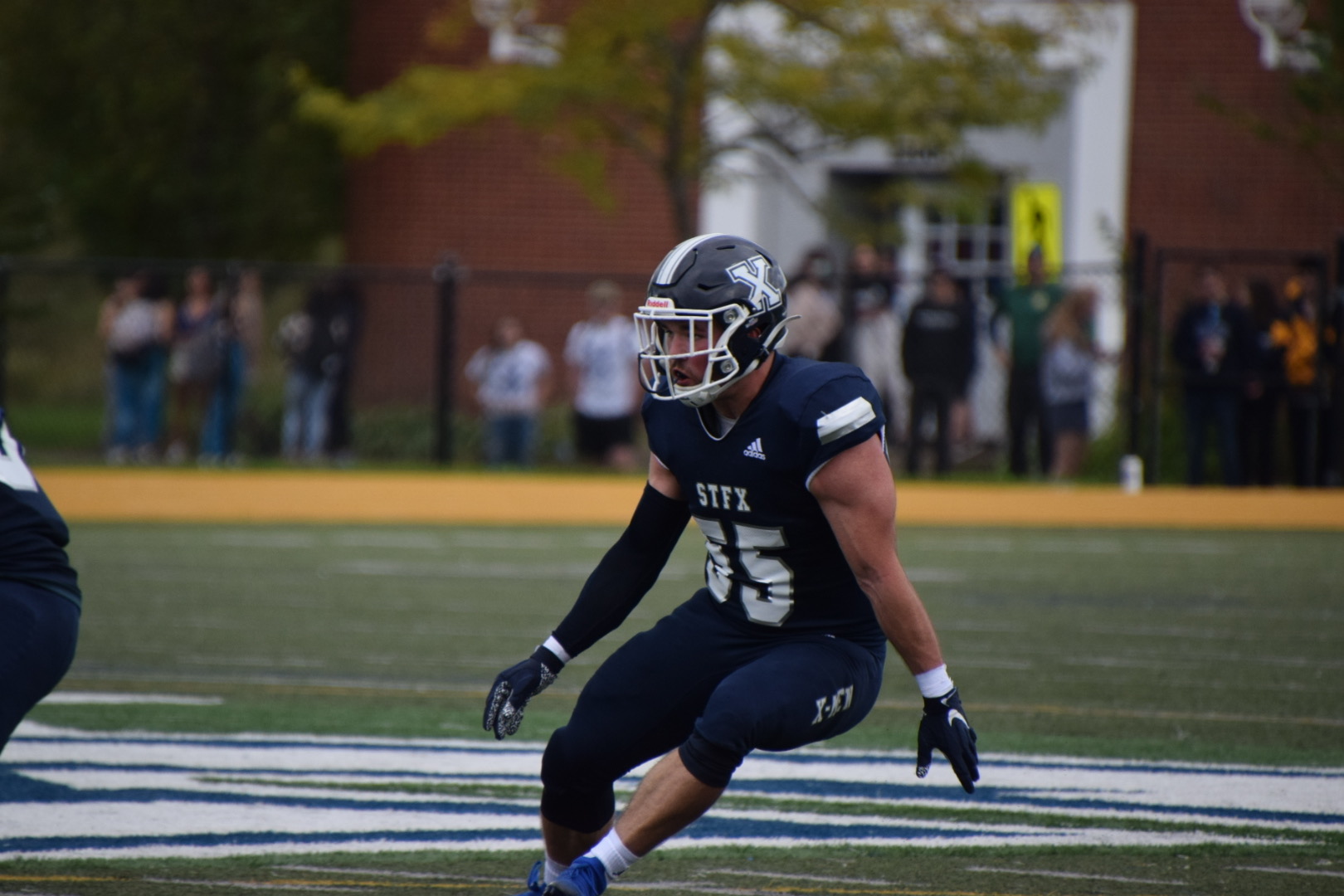 Ben Von Muehldorfer was a force for the X-Men’s defense in their 48-21 road win over Bishop’s on Saturday.

An education student from Calgary, AB, Von Muehldorfer led the team in tackles with six, including four solo tackles. The linebacker also had a tackle for a loss of one yard, a forced fumble, a fumble recovery, a pass breakup and returned an interception for a touchdown.

Von Muehldorfer’s interception was returned 44 yards for a pick-six to give the X-Men a 31-14 lead five minutes into the third quarter. The linebacker currently sits fifth overall in AUS tackling, with 22 on the season. 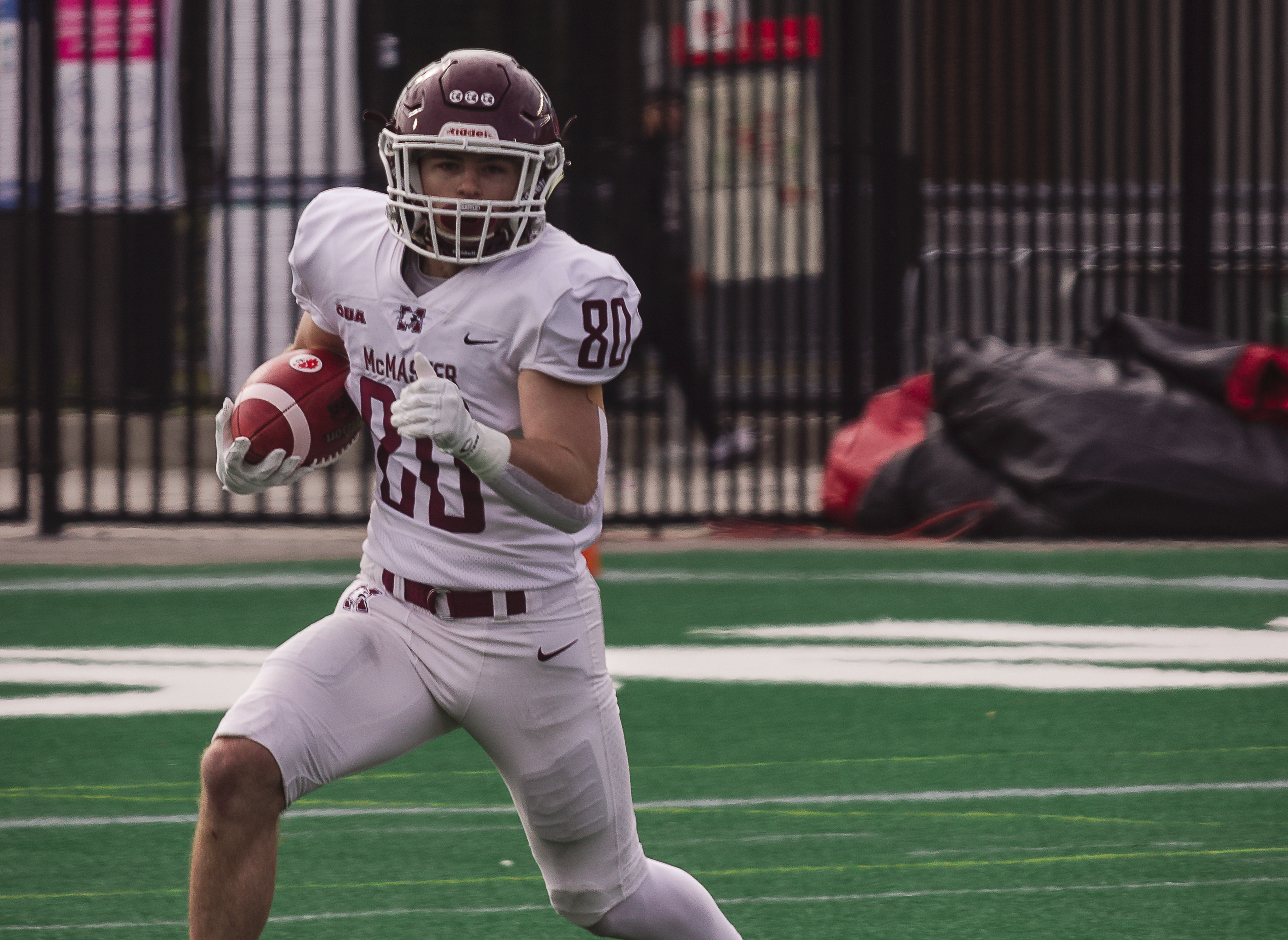 Jackson Cooling collected a total of 151 yards of punt return yards, which frequently helped McMaster earn the battle for field position and set them up for offensive success. The elusive return specialist was able to run back five returns of double-digit yardage, including four of at least 20 yards and two that put McMaster deep in York territory.

There was no cooling off the commerce major down the stretch, either, as Cooling capped off his day by putting McMaster’s final points on the board. The Burlington, Ont. Native did so with his longest play of the day, turning a 62-yard return late in the fourth quarter into a touchdown to close out a terrific day for the special teams standout and the Marauders as a whole.

Cooling would also add 66 yards receiving for the Marauders on offence.