LONDON, ON - The Western Mustangs defeated the traveling StFX X-Men in a commanding victory with a score of 61-6 on Saturday afternoon to advance to the Scotiabank Vanier Cup, presented by Levio.

Western ran the ball through and around the X-Men defense and scored 51 of their total points in the first half.

The Mustangs' first points came in the form of a safety from the X-Men offense, who traded Mustang field position for 2 points early.

This proved to be the spark the Mustangs needed as they sent Keon Edwards and Trey Humes in front of the St. FX linebackers and combined for 147 rushing yards in the first quarter alone. 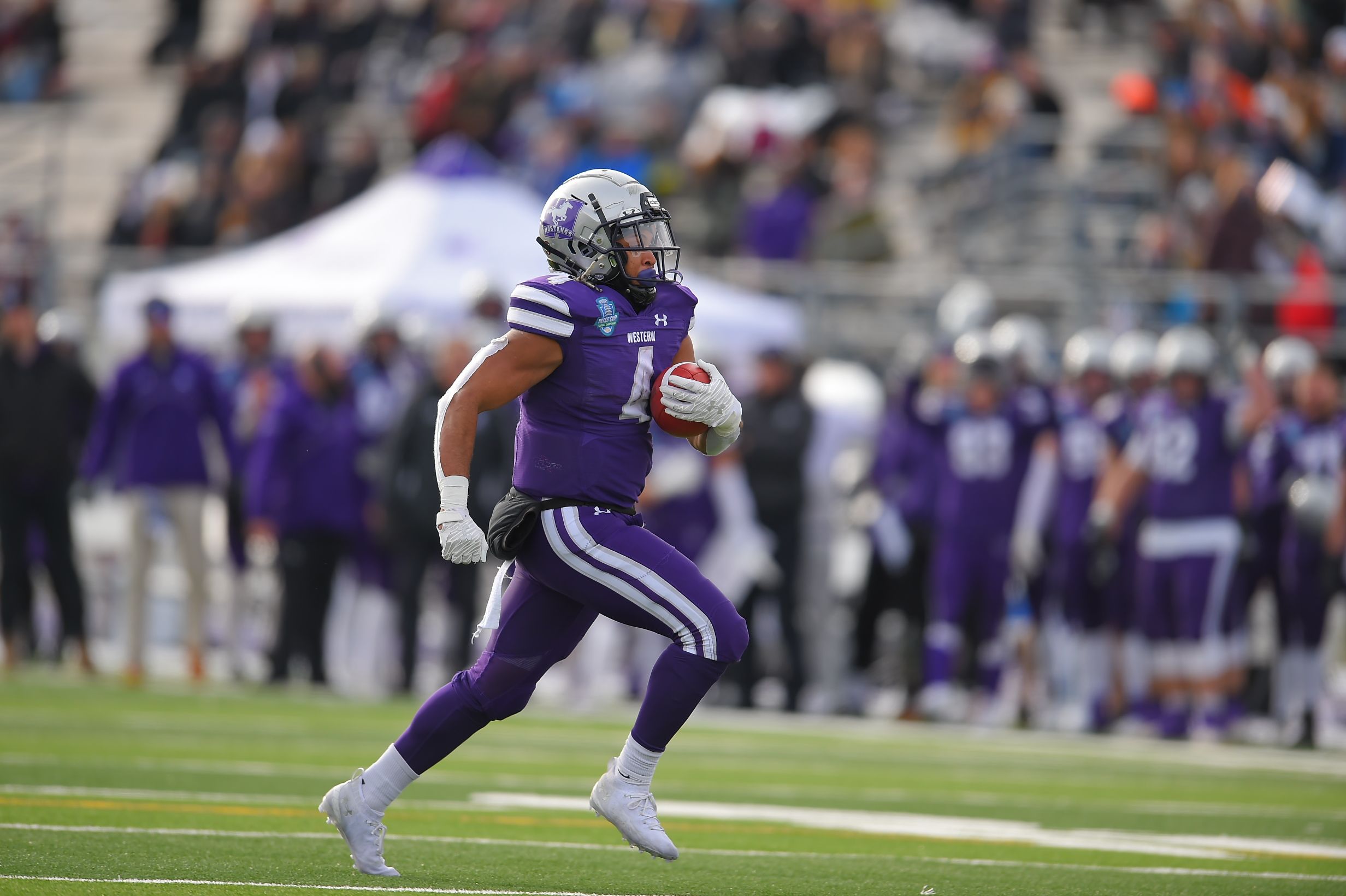 Humes worked his way through the middle and down to the corner to record the Mustangs' first touchdown. The first of his 3 on the day.

"We certainly dominated, they struggled to stop our run, I thought going into the game that might be the case but I really thought they're offense would be a little more productive, our defense played flat out unreal and just kept getting us the ball back" said Coach Greg Marshall post-game

The Mustangs backfield consisting of Edwards, Humes and rookie Eduoard Wanadi are integral to the Mustangs success. Running mate Wanandi matched Humes' touchdown total with 3 of his own.

"Seeing number 5, Keon Edwards, number 4, Trey Humes, they've been teaching me all year. I came her for a reason, the O-Line is crazy I feel happy because at the end of the day we're looking at the Vanier, everything's crazy" said Wanadi.

Western's defense was the unsung hero in this game as they held the X-Men without a touchdown and only allowing a pair of field goals.

Daniel Valente Jr. was a sparkplug in the defensive core that limited the X-Men offense to tallying their initial first down right before halftime.

"We just knew that if we played our Football and we executed, mind our gaps well and didn't hurt ourselves we knew we would win this game," said Valente.

"Playing well and I think it's a real credit to everyone in our defense, our coaches and our preparation. I will say we prepared harder for this game than any other because the emphasis on getting to know them" said Marshall.

Western will play the winner of the U SPORTS Uteck Bowl, Saturday December 4 to decide the Vanier Cup.