McMaster Marauders quarterback Andreas Dueck found Waterloo Warriors receiver James Basalyga with a 14-yard touchdown pass with 3:33 left fourth quarter to take the lead in what ended as an 11-8 Team West victory over Team East in the 2022 U SPORTS East-West Bowl at Ron Joyce Stadium in Hamilton on Saturday afternoon.

After taking a 9-8 lead, Dueck called his own number on a 2-point conversion to secure the victory for Team West.

Following a two-year hiatus, McMaster played host to some of the best prospects in U SPORTS football in the 18th edition of the East-West Bowl game. 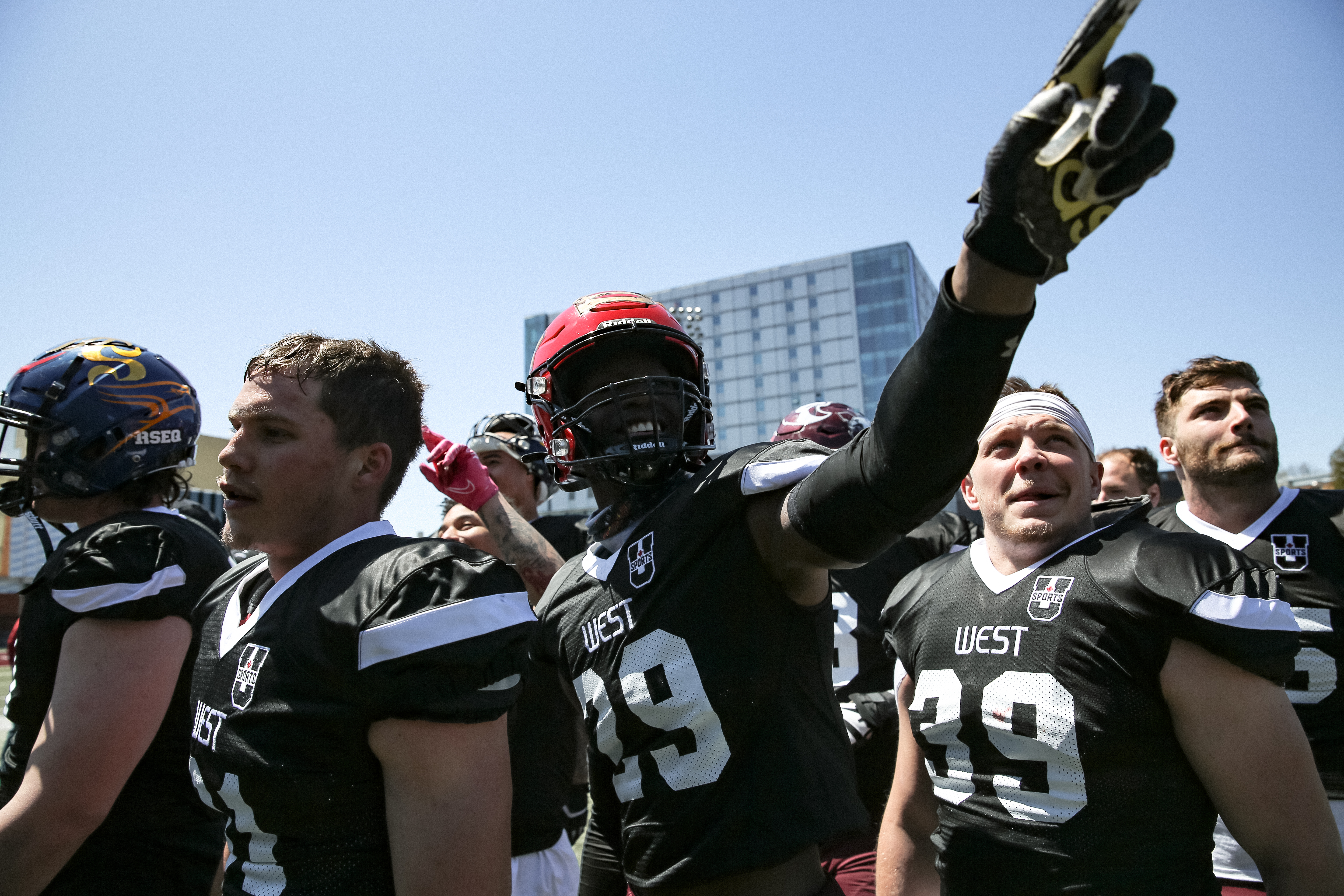 The event featured a week-long slate of festivities including the players combine that put both rosters of players to the test in front of CFL scouts.

The week also involved a CFL draft night watch party, as well as developmental and professional opportunities for the local community with a Coaches Clinic and CFL Free Agent Camp.

Going back to 2005, Jeffries’ Golden Hawks defeated Towriss and the Huskies 24-23.

Over 1,000 fans made their way to Ron Joyce Stadium on a warm, but fairly windy day that had quite the effect on the game that included numerous fumbles.

Much of the scoring took place in the fourth quarter, as Team West headed into the final frame with a narrow 3-1 lead in the low scoring affair following a rouge and safety prior. 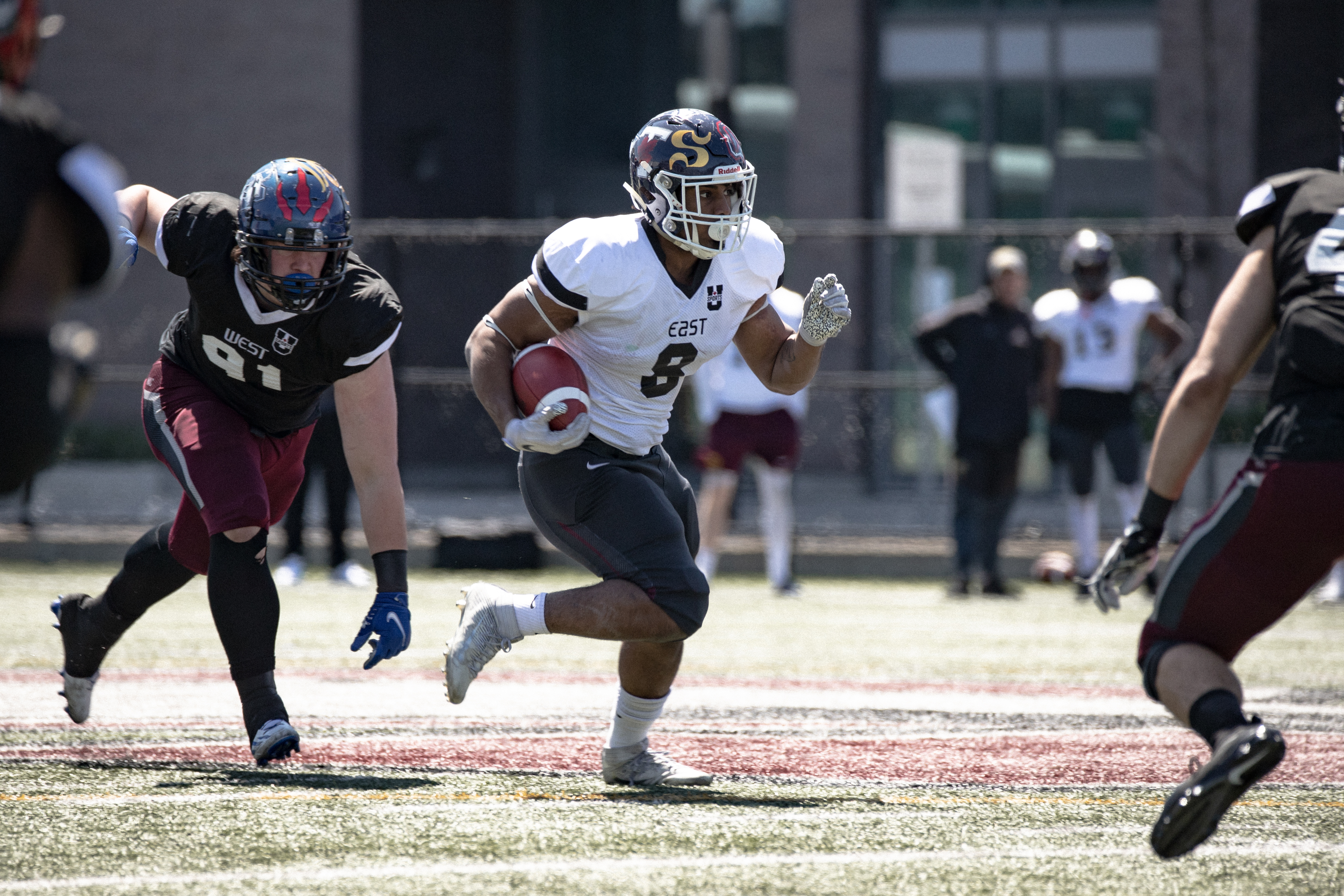 Running back Adam Williams of the Toronto Varsity Blues scored the first touchdown of the game at 10:33 in the final frame after punching in a one-yard rush to push the score to 8-3 in favour of Team East before Dueck’s late-game heroics turned the tide for Team West.

The victory gives Team West their fifth consecutive win at the bowl game, improving their overall record to 12-6 since the event began in 2003.