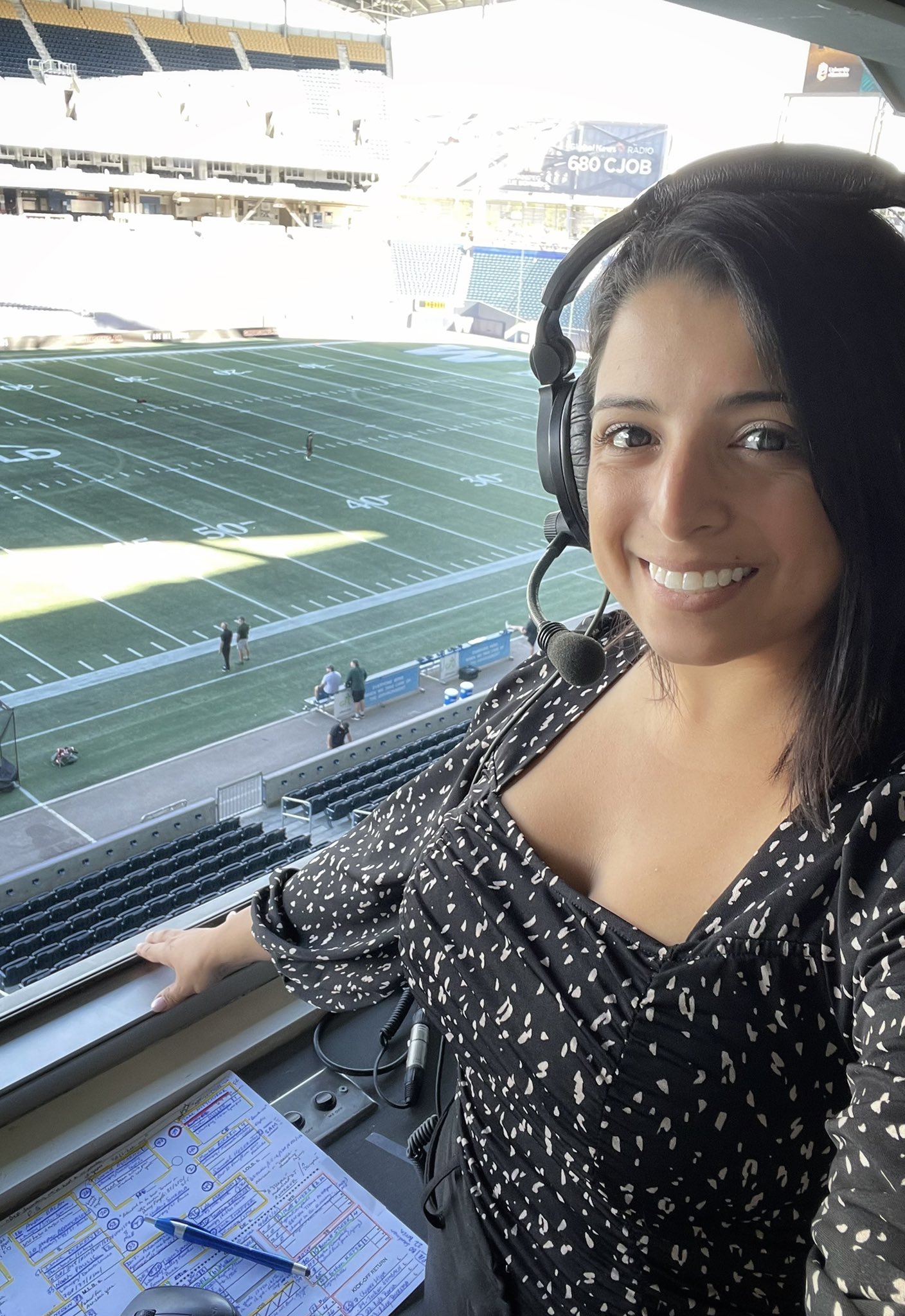 New ground was broken last Friday night as Daniella Ponticelli became the first woman to ever announce play-by-play on a U SPORTS broadcast when the Regina Rams took on the Manitoba Bisons.

The first-ever female voice of the University of Regina Rams could be considered a pioneer in broadcasting as she is also the first woman to work on Saskatchewan Roughriders radio broadcasts as a host and sideline reporter.

She said that Friday night’s broadcast was a little extra special, not because she was the first woman to call a U SPORTS game, but because she got to call the game in her Canadian hometown of Winnipeg; A place she moved to at the age of 10 when her family moved from South Africa.

Football Game of the Week: Sept 2-4