Receiver Kevin Mital, linebacker Charles-Alexandre Jacques and kicker Vincent Blanchard, all from Laval University, have been named the U SPORTS Football Players of the Week for the period ending Nov. 27, 2022. 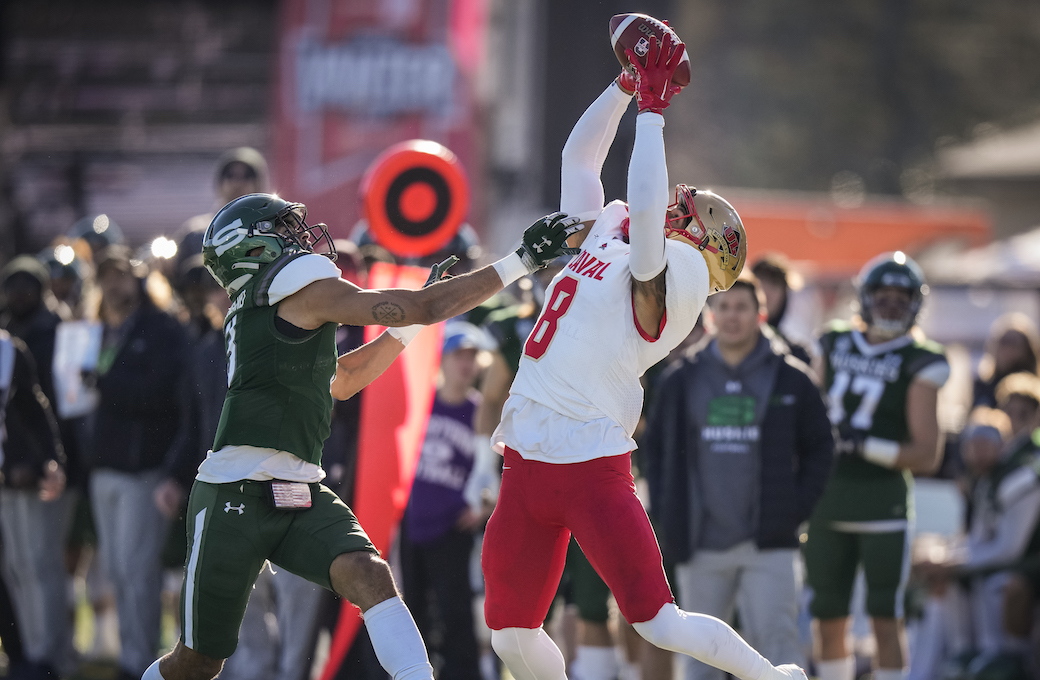 Kevin Mital caught eight passes for 142 yards in Saturday’s Vanier Cup, and also threw for the decisive touchdown as the Laval Rouge et Or downed Saskatchewan 30-24. Mital, who capped off a week that saw him win the Hec Crighton Trophy on Thursday, won the Ted Morris Trophy as the Vanier Cup most valuable player for his efforts. 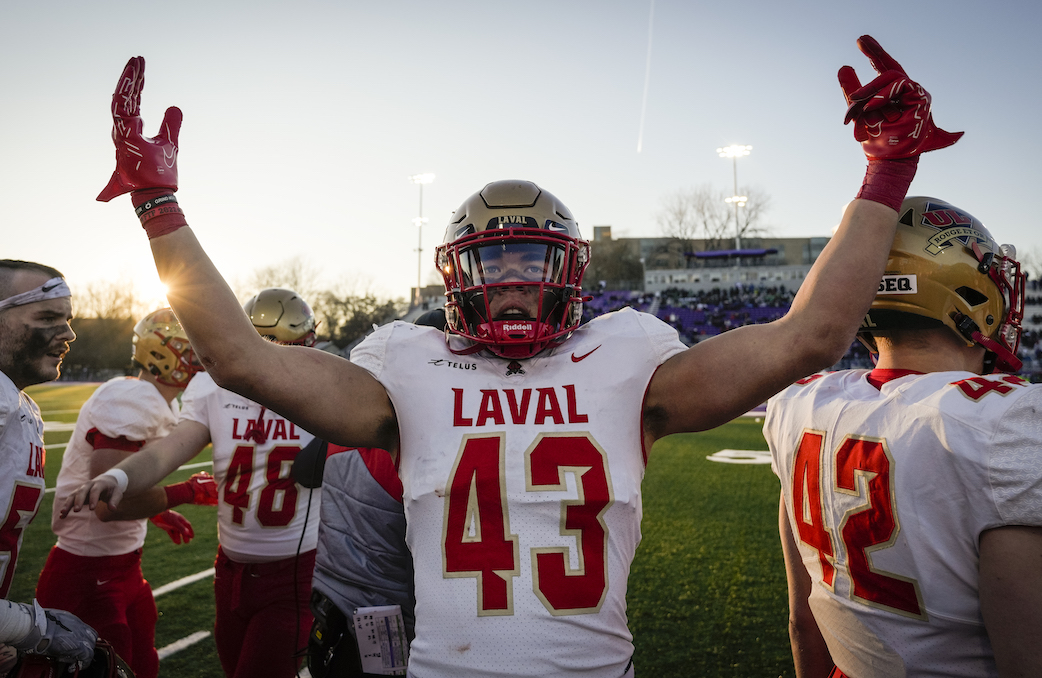 Charles-Alexandre Jacques made 5.5 tackles in Saturday’s Vanier Cup, recording one solo tackle and nine assisted tackles. The second-year linebacker won the Bruce Coulter Award as the defensive player of the game for his role in halting Saskatchewan’s late comeback bid. With 48 seconds left in the game, he was in on the decisive third-down tackle on third down that forced a turnover on downs. 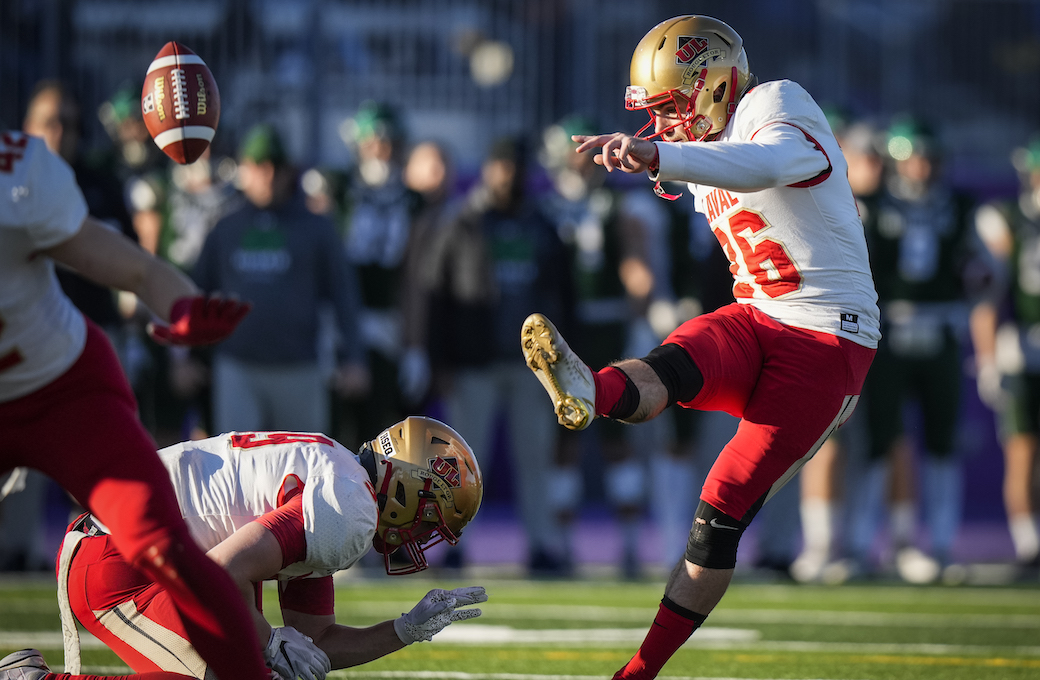 Vincent Blanchard tied the Vanier Cup record with five field goals in Saturday’s Vanier Cup. His longest kick, a 49-yarder on the stroke of halftime, was the second-longest in Vanier Cup history and sent Laval into the locker rooms with a 17-17 tie. He added an 85-yard kickoff single and two conversions to finish with 18 points, the second-highest by a kicker in a Vanier Cup.