The defending national champions are not leaving Québec empty-handed.

This is the 14th national medal with Doug Reimer as coach for the Thunderbirds. They have now amassed seven gold, four silver and three bronze. The Dinos finished in fourth place, their first participation in the U SPORT Championship since 2009 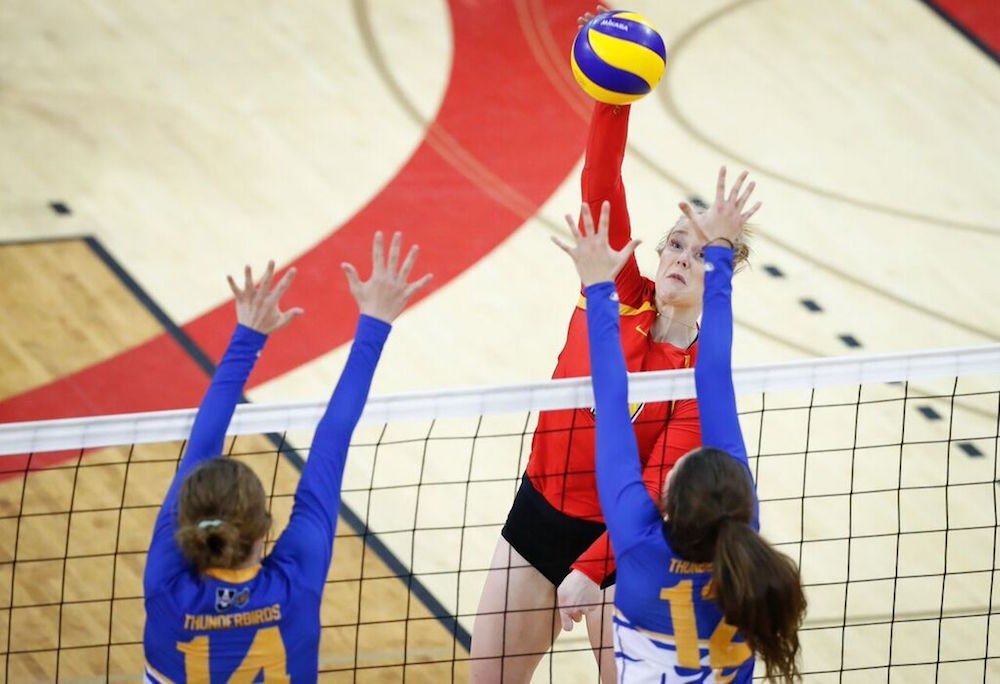 Although bronze was not the goal for the T-Birds when they arrived, Doug Reimer’s team was still happy to come home with some hardware.

“When you’re looking big picture, start of this year, lots of turnover, a whole bunch of injuries, to come out and finish third in the country is pretty impressive achievement for this group and they should be proud.”

What made the difference between yesterday’s defeat and today’s win?

“I don’t think she would mind me saying this - Olivia Furland didn’t have her best game and she wasn’t alone yesterday, so to see them process that, deal with that and play really well… better balance offensively,” said Reimer who had equal praise for Kiera Van Dyk and Samantha Patko. 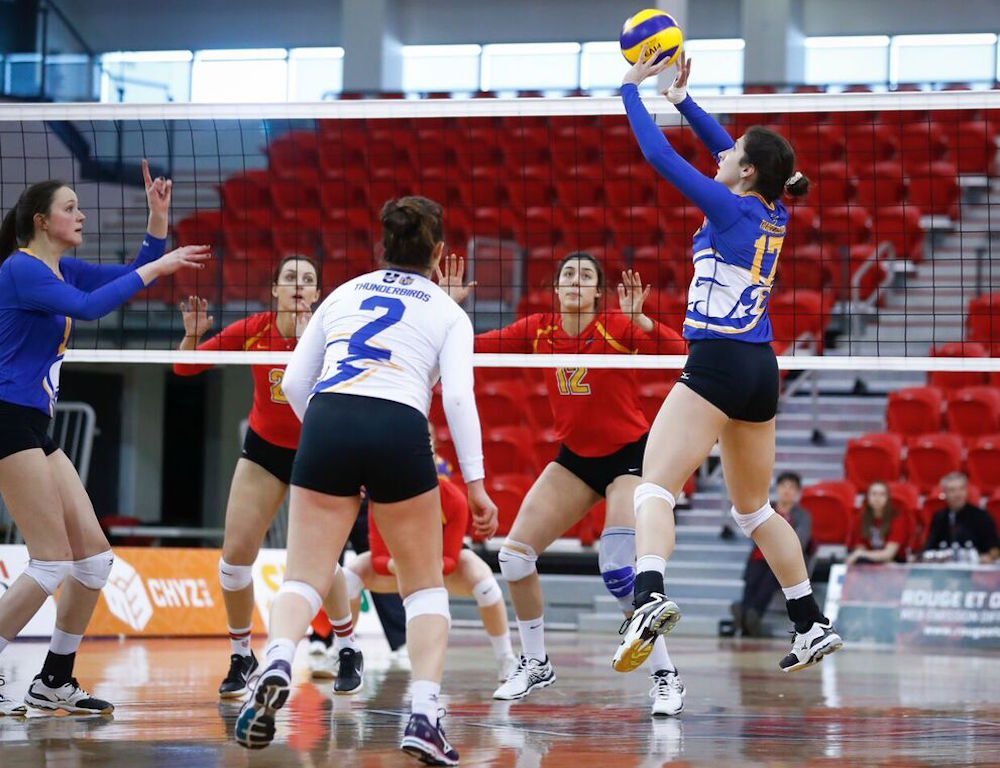 “I don’t know, they just couldn’t seem to get it going in a consistent enough way… pretty soon you’re trying to fight back all the time instead of fighting from the front.”

Looking back, Taylor, whose team was ranked first in the country during the year, had a great season.

“Tremendous season for the girls, a tremendous amount of growth as individuals. You know it has been a long time since we have been here and that’s part of the problem is that UBC has been here, U of A has been here on a regular basis and we need to get back in the groove so that our girls can understand what happens here and how hard it is. It is very hard to win a medal in Canada.” 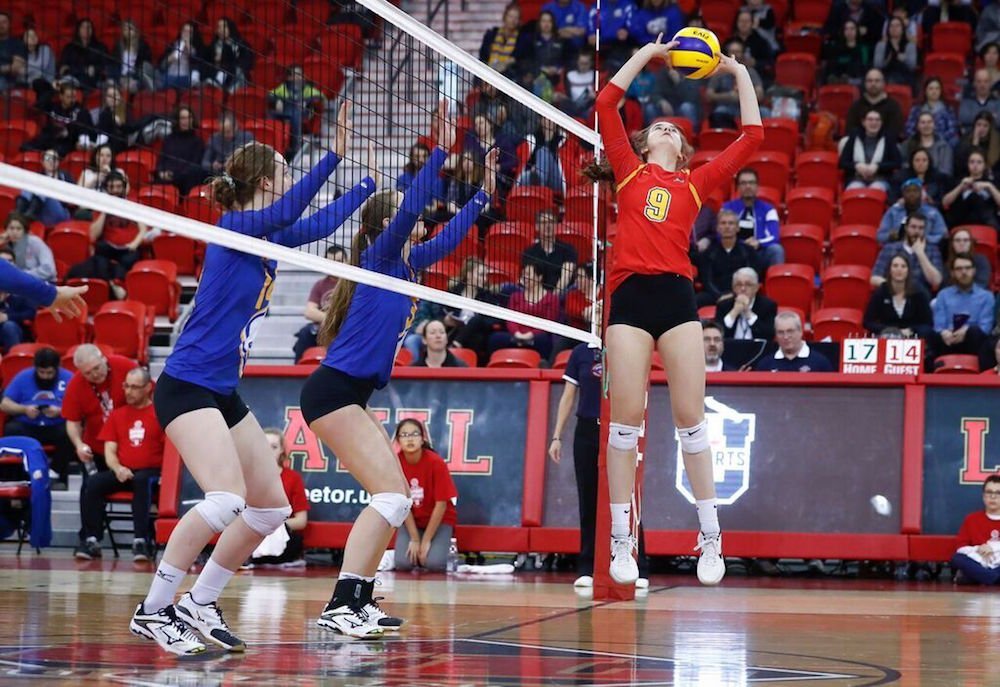 Ciara Hanly was named the player of the game for UBC. She accumulated 10 kills and two assisted blocks. For the Dinos, it was Laura McManes who accumulated seven kills, an ace and an assisted block to go along with 13 digs.