The Trinity Western Spartans have been named women’s volleyball tournament favourites in the lead-up to an action-packed weekend of #CHAMPSZN.

First serve of the 2019 U SPORTS Women’s Volleyball Championship, hosted by the Alberta Pandas in Edmonton, flies on Friday at the Saville Community Sports Centre and concludes next Sunday with the championship final at 8 p.m. ET / 5 p.m. PT. All games livestreamed at USPORTS.LIVE 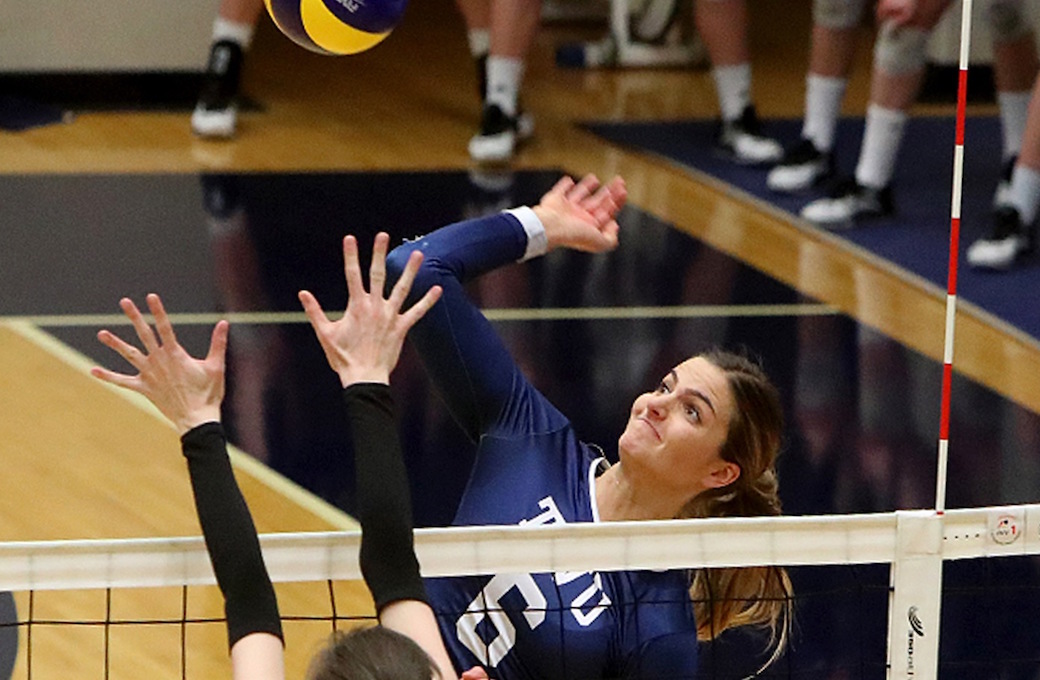 The Spartans had a record-setting regular season that saw them open the campaign with a program-best 16 straight victories. The team was ranked No. 1 in the U SPORTS Top 10 for four consecutive weeks before eventually finishing the regular season No. 6 after a 19-5 overall record and a second-place finish in the conference standings.

Led by the hard-swinging Hilary Howe on the outside, veteran setter Brie King (O’Reilly) and middle Mikaelyn Sych, who was the Canada West leader in blocks per set, the Spartans proved to be amongst the best in the country throughout the year, posting an overall record of 28-5, including the preseason and regular season. Coming off a rare year, in 2017-18, when the Spartans missed the U SPORTS championship for the first time since 2010, TWU returned to form in 2018-19, impressing through the regular season before earning their 11th trip to the national tournament in the last 14 years. 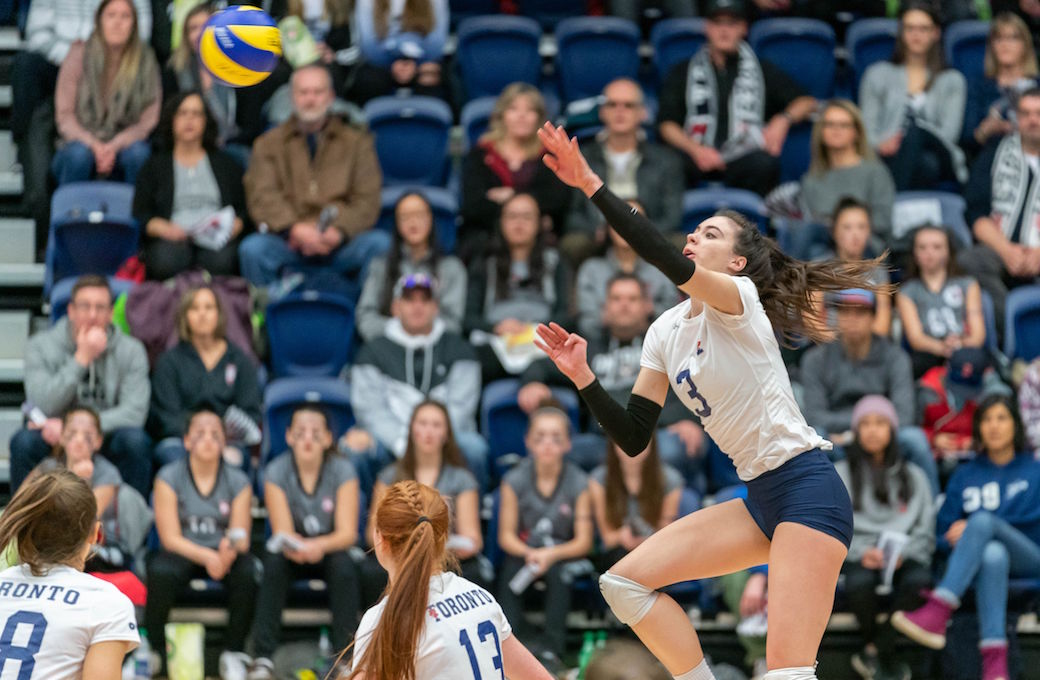 The Toronto Varsity Blues women’s volleyball team went 14-5 to finish second in the OUA East division. The Blues topped the Brock Badgers, 3-1, in quarterfinal action to advance to their eighth straight OUA Final Four. There, Toronto met the top-seeded and host Waterloo Warriors, defeating them 3-1 to punch their ticket to the Edmonton and the Quigley Cup final. The Blues then battled the Ryerson Rams for OUA gold, coming out on top, 3-0. Fourth-year right side hitter Alina Dormann led the Blues once again this season, ranking second in the OUA in both kills (3.91) and points (4.6) per set. Fellow veteran Anna Feore, who spent last summer with the Canadian women’s national team, also earned OUA First Team All-Star honours after leading the Blues with 211 digs and amassing 2.03 kills and 2.6 points per set. 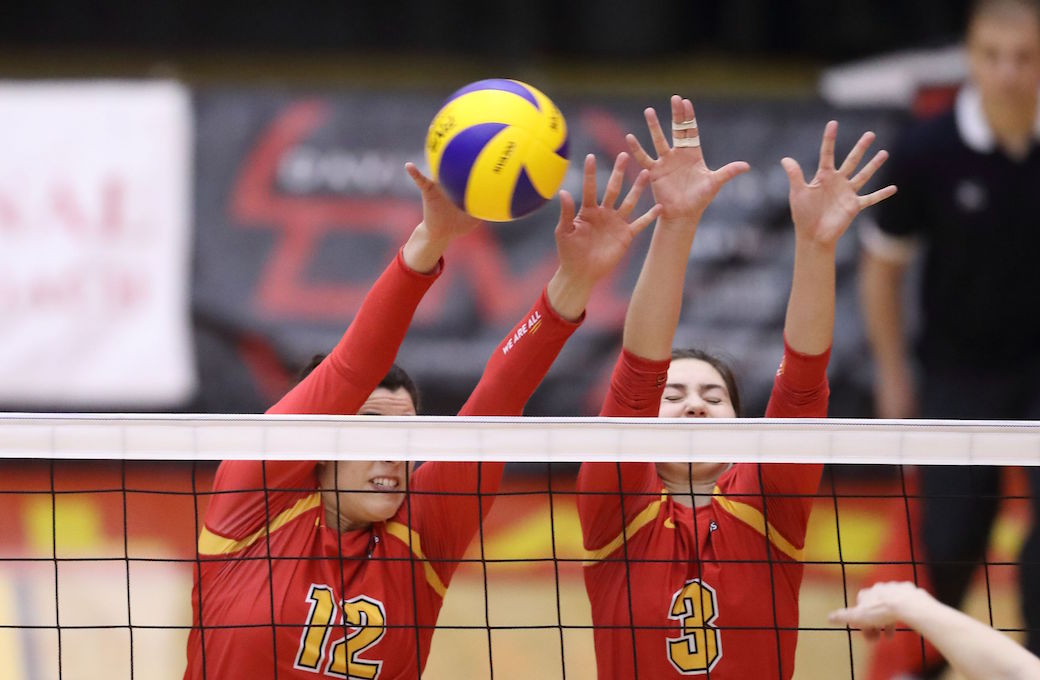 The Calgary Dinos return to their second straight U SPORTS championship after posting consecutive first-place finishes in Canada West. Eighth-year head coach Natalie Gurnsey makes her first U SPORTS appearance after missing last year’s championship due to the birth of her son, Levi.

The Dinos were ranked in the top three nationally all season, including seven weeks at No. 1. They swept consecutive playoff series over Manitoba and UBC to qualify for the national tournament before facing Trinity Western in the conference final, where they fell 3-0.

Fourth-year outside hitter Kate Pexman was the Dinos’ offensive leader all season long, earning First Team conference all-star status after an All-Canadian nod last year, but went down with a season-ending injury during the Dinos’ final match of the regular season against UBC. In her absence, the Dinos will look to third-year outside hitter Hannah Tanasichuk to take up some of the volume with 2018 All-Canadian middle Beth Vinnell, who finished third in the nation in hitting percentage, providing her veteran presence up front. And quarterbacking it all is the lone fifth-year senior on the squad, setter Leah Shevkenek.

Calgary will host the 2020 U SPORTS Women’s Volleyball Championship in the Jack Simpson Gymnasium. 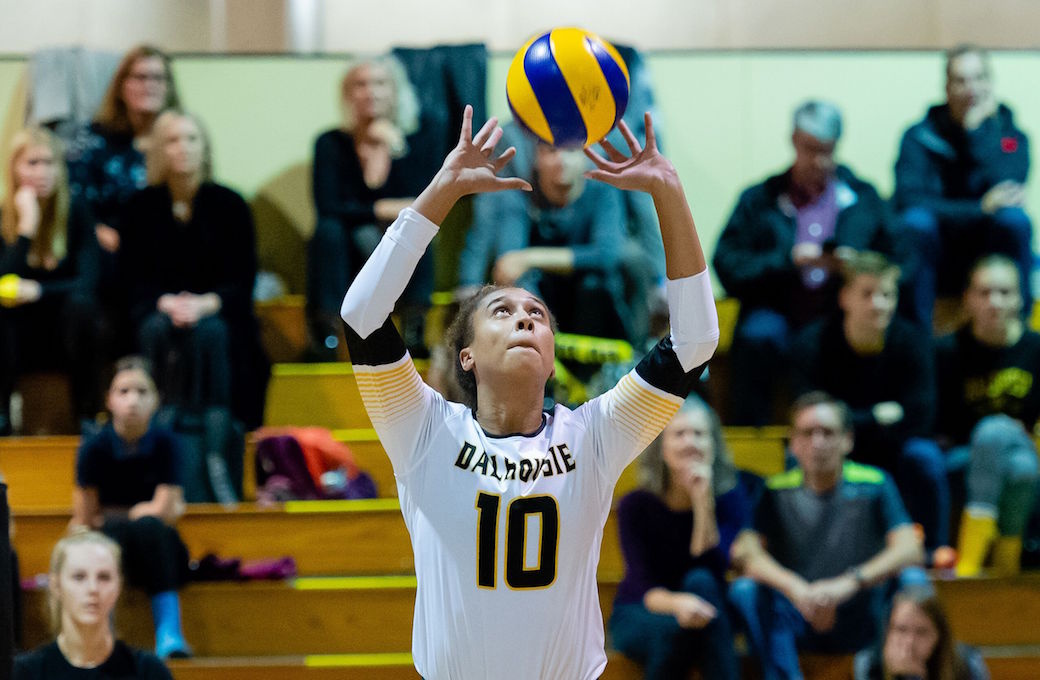 Led by two-time AUS MVP Courtney Baker and four-time AUS All-Star Mieke DuMont, the Tigers were a force to be reckoned with in the AUS conference all season long.

Starting off the season in their typical fashion, the Tigers were undefeated through the first half of the year and had been on the losing side of just two sets through those nine matches.

The momentum continued through the month of January, with the Tigers going on a 7-0 run, and didn’t drop a single set in any of those matches. The run gave the Tigers national attention, giving them their first No.1 ranking in the U SPORTS Top 10 in program history.

A fantastic 18-2 regular season record gave the Tigers the No.1 seed and a No.3 ranking in the U SPORTS Top 10 going into the conference championship tournament. There, they defeated Saint Mary’s 3-0 in the AUS semifinal, before topping the UNB Reds 3-1 to earn their seventh-consecutive AUS championship banner. 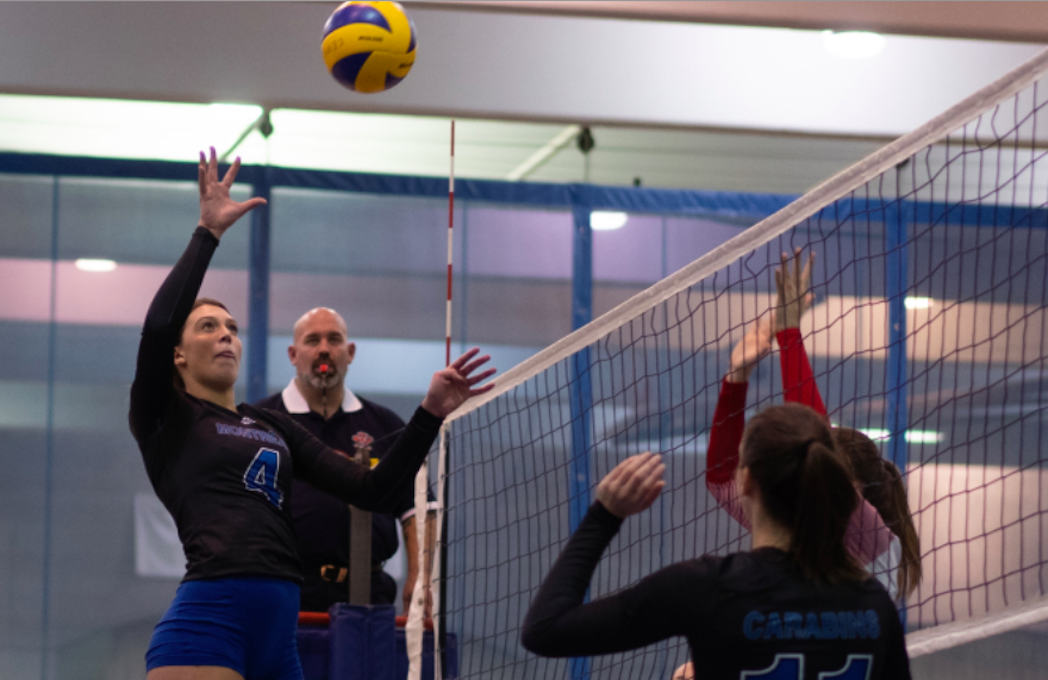 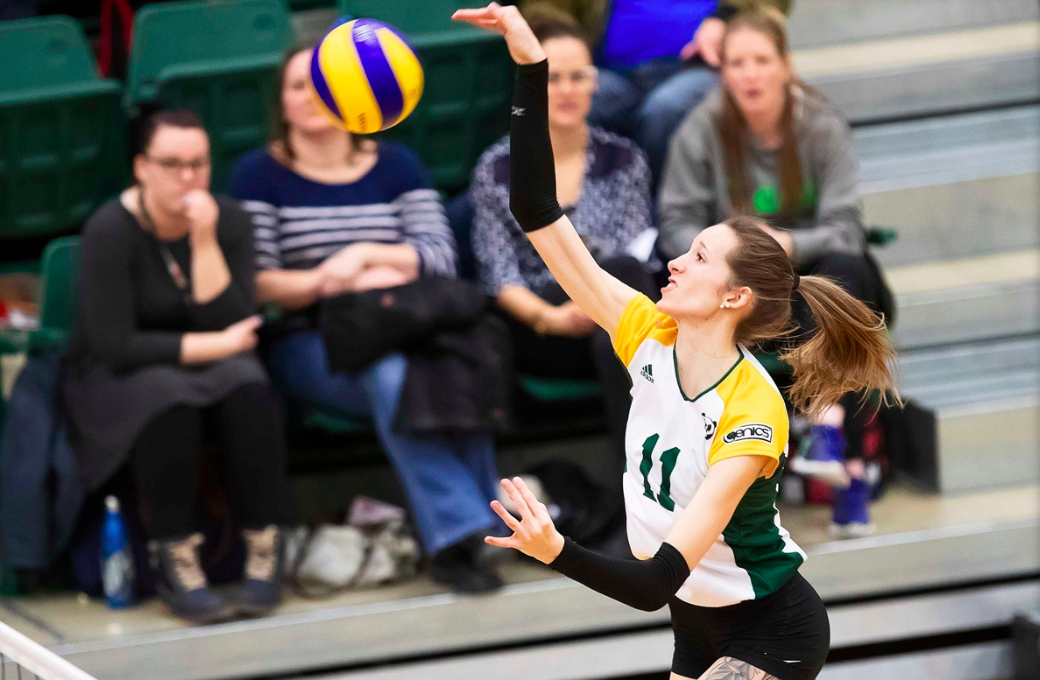 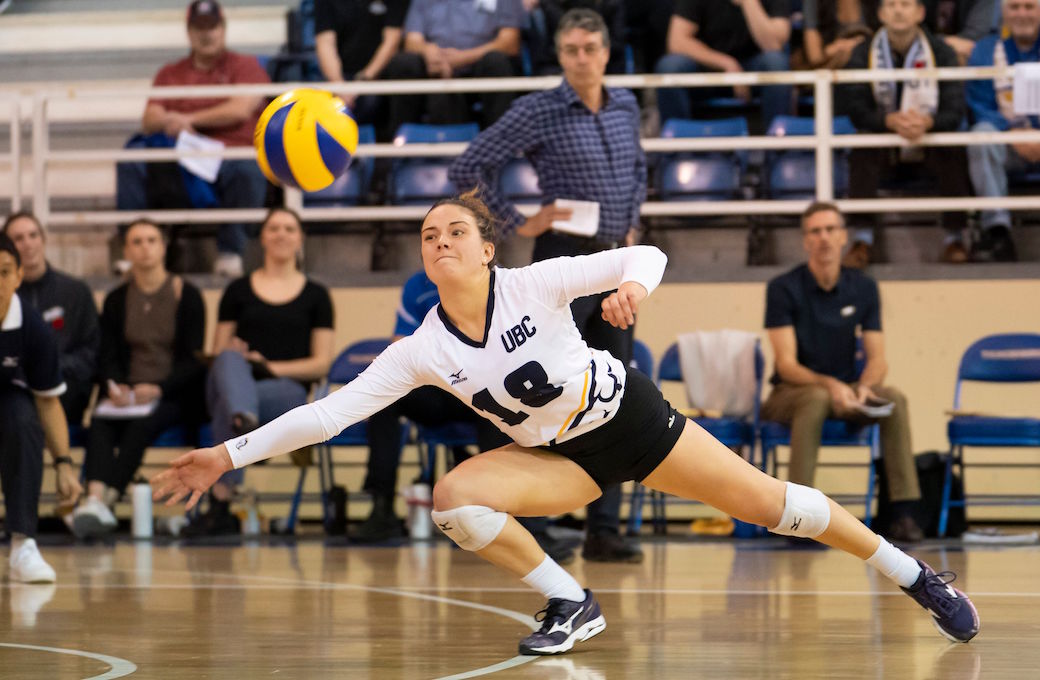 Following a 2-4 start to the season, the Thunderbirds won seven of their final nine matches of the season for a 15-9 finish. UBC went into Regina and swept the higher-seeded Cougars in two straight matches to advance to the Canada West semifinals while also earning a 12th straight trip to the U SPORTS national championship tournament.

Featuring a roster that includes seven first-year players, head coach Doug Reimer attends his 21st national championship in his 22 years as head coach at UBC, a run that has seen the ‘Birds finish with seven gold medals, four silver, and three bronze.

Getting to know your U SPORTS coaches: Melissa Bartlett, Western Mustangs