The Montreal Carabins defeated UNB in straight sets to finish in fifth place and claim the consolation title at the TELUS 2018 USPORTS Men’s Volleyball Championship on Sunday at McMaster University.

Led by Alyson Francillon, the Carabins disposed of UNB with set scores of 25-19, 25-17 and 25-22, sweeping the Varsity Reds to close the tournament for Montreal.

Francillon was named Player of the Match for his efforts, posting nine points on seven kills, one service ace and one block. He also had five digs in the win. Teammate Godefroy Veyron-Trudel was the Carabins’ leader in points with 11, while contributing 10 kills in the match.

Carabins setter Gabriel Chancy was able to efficiently run the Montreal offence, passing the ball with ease and registering 30 assists in the game. 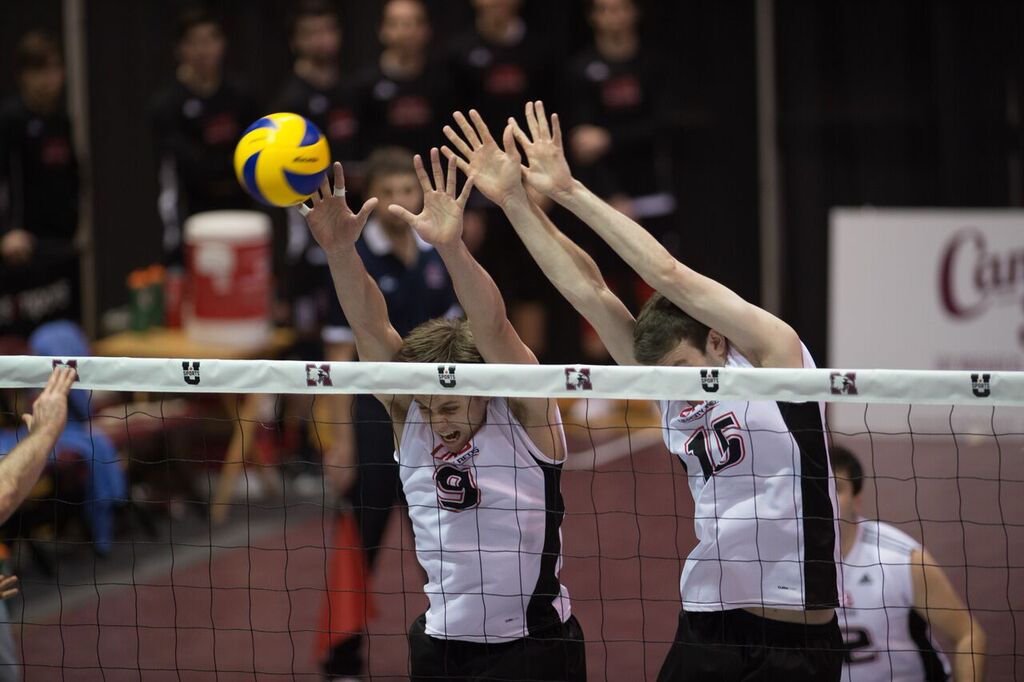 “He’s our first setter and all year he was a constant, said Montreal head coach Guazi Guidara. “He has worked very hard and showed his discipline and responsibility on our team. This is his third year, with one or two more to play, and he’s already a wonderful player with a great comportment. He gives his maximum and we’re very happy to have him with us.”

UNB’s top player all tournament long was Ryan Colpitts, and in the consolation final he registered a game-high 12.5 points on 10 kills, one ace and 1.5 blocks.

The Varsity Reds struggled all game with their offensive attack and did not have answers to solve the Carabins defensively, which led to their downfall.

The Carabins separated themselves from UNB, using a four-point run after the second technical timeout to push the score to 20-14, which ultimately secured the set victory. 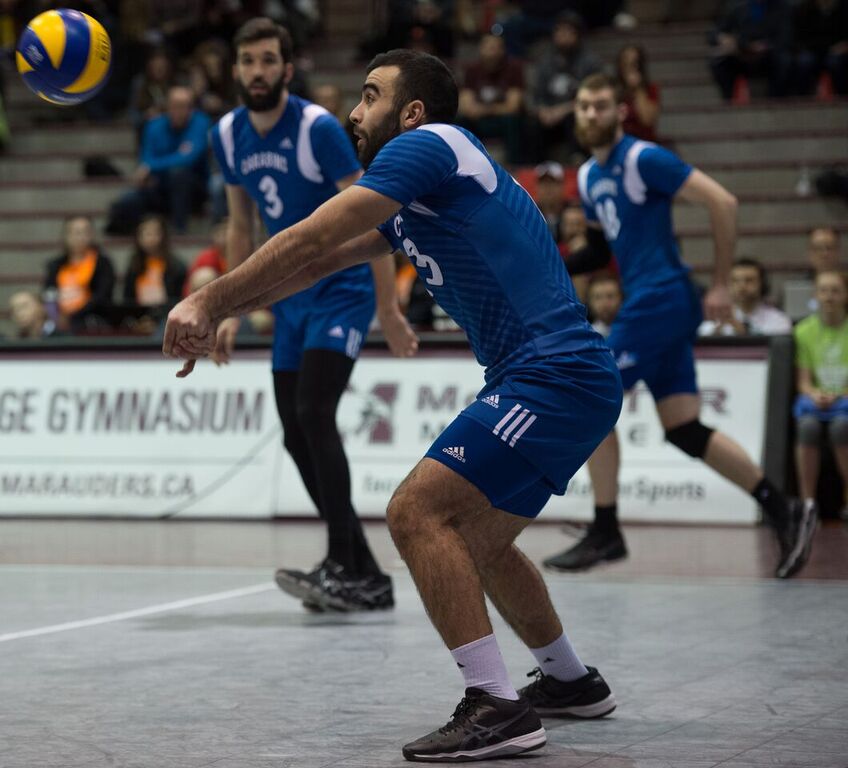 UNB got off to a stronger start in the third set, as the Carabins fell behind early and lost a bit of their momentum.

“I took a timeout at 10-6 in the third,” said Guidara, a two-time Olympian as a player. “I told our staff that we needed to give our team more energy, and they fought very well to win the third set and improve our performance along the way.”

That proved to be a key timeout, with Montreal applying pressure and UNB committing several attack errors.  Montreal surged ahead for good at 18-17, with UNB staying close for the remainder of the game. Francillon closed the contest with a kill at 25-22.

While not the outcome Guidara wanted for his team this week, he was satisfied with the promise in the future of his program.

“I think we’ll take this experience, and although I’m not happy to finish fifth as a coach, we can use this to progress and improve.” said Guidara “We have many players returning who are already very good and can only improve from here. We improved each match in our comportment and our efficiency, and progressed together while enjoying and taking pleasure in our game.”