Improving on their seventh-place finish from last year, the Gaels rounded out their tournament with a win, coming close to their program-best fourth-place finish in 2012. As for Mount Royal, they finish sixth at their first-ever appearance in a national championship, with one win under their belt.

At the heart of his team’s offence, middle Dylan Hunt was selected Player of the Game for Queen's with six kills and an ace. Hunt also stood out on defence with four digs and five blocks.

For the Cougars, middle Luis Lange received the honour, tallying eight kills on 17 attempts for a hitting percentage of .410 and one ace.

“We didn’t have a lot of time to prepare (the players), but what we laid out for them, they executed fabulously. Our serving, regardless of the errors, was on point; we really put them on their heels,” said Gaels head coach Gabriel deGroot.  “Huge credit to Zane (Grossinger), he distributed the ball really well and made our attackers look good. 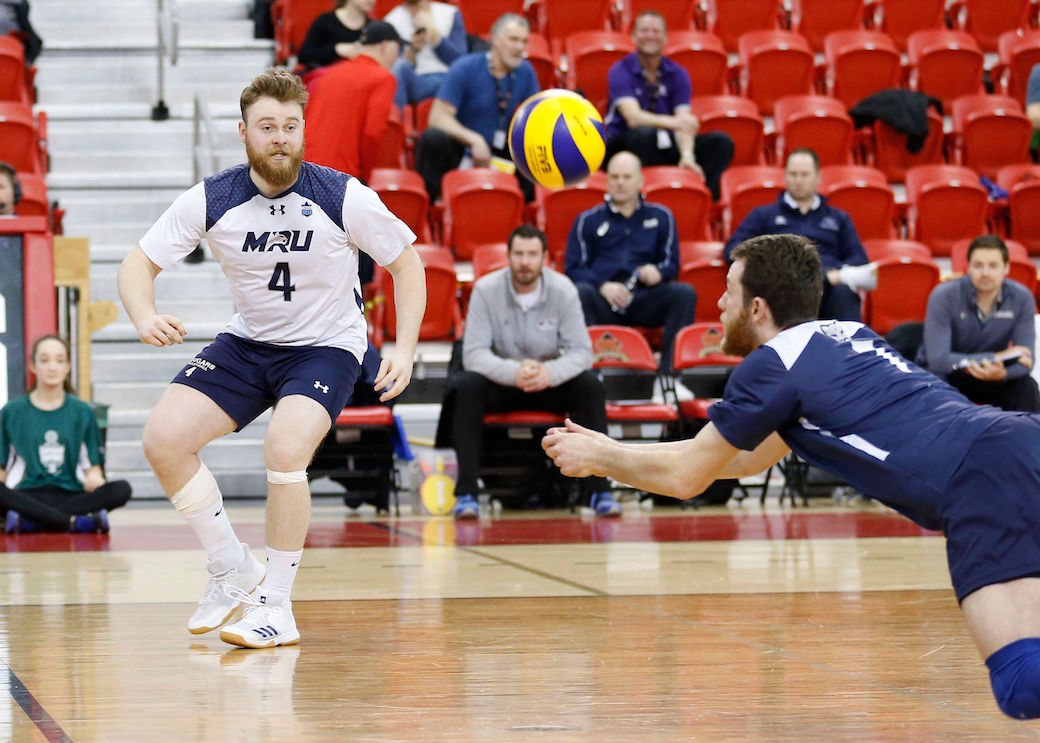 “We’re really proud of the performance the team put in this week, such an amazing team effort. I don’t know if everyone can tell in the stands, but this team has a lot of fun and it showed in their performance today.”

Cougars head coach Shawn Sky could only pay tribute to his opponents.

“Queen’s played really well; they were the better team today by far. They had a great game plan for us and played with good energy. In all honesty, we probably ran out of gas,” he said. “Now, what we’re going to do is celebrate how fantastic our season was as a whole, we’re not going to be defined by just this one moment.”