The No. 2 Trinity Western Spartans moved on to the next round at the 2019 U SPORTS Men’s Volleyball Championship Presented by Hôtel Universel Québec in a high quality match against the No. 7 McMaster Marauders.

Spartans outside hitter Eric Loeppky was awarded Player of the Match, tallying 12 of his team’s 33 kills, while adding two aces and eight digs. For the Marauders, middle Dylan Romero Marshall was chosen MVP with 14 kills and two aces.

"That match was a great display of what defence can do. I have to hand it to McMaster who gave us a hard time at the net. Fortunately, our defence was also excellent and we managed some key plays that made the difference," said Spartans head coach Ben Josephson. "We only had 33 kills and we weren’t passing that bad, it was just really hard to score on those guys.” 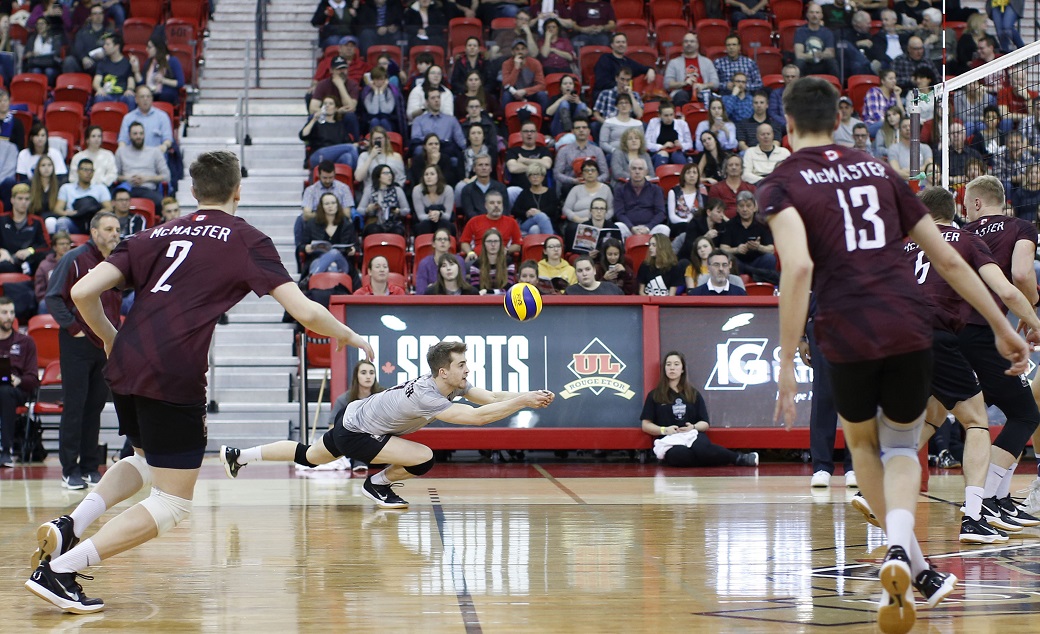 For McMaster head coach Dave Preston, his team’s serve game was the difference.

"We knew we had to live and die by our serves tonight, so we had to put some pressure on them or we were going to pay the price,” he said. “I’m very proud of our guys, I found we battled really hard tonight, executed a lot of the stuff we wanted to, but Trinity (Western)’s a great team and they came out on top.”

Having reached the podium four years in a row, the Spartans will play the winner between the host Laval Rouge et Or and Queen's Gaels in Saturday’s semifinal at 8 p.m. ET / 5 p.m. PT, for a chance to play for their third national title in four years. All but one of Trinity Western’s players competed in last year’s National Championship, where they left with a silver medal. As for the Marauders, they will face the loser of the Laval - Queen's game on Saturday at 3 p.m. ET / 12 p.m. PT.