The Mount Royal Cougars found the path to victory at the 2019 U SPORTS Men’s Volleyball Championship Presented by Hôtel Universel Québec, winning in five sets (23-25, 25-23, 28-26, 22-25, 15-9) against the Montreal Carabins Saturday afternoon at Université Laval in Quebec City.

Setter Tanner Greves was named Player of the Match for Mount Royal with 66 assists. For Montreal, outside hitter Julien Boileau stood out with 17 kills, two aces and 12 digs, leading his team in each category.

The Canada West semifinalists continued to make the most of their first National Championship appearance and will battle for fifth place on Sunday at 11 a.m. ET / 8 a.m. PT against the winner of the Queen's and McMaster match up. Meanwhile, the Carabins, who finished fifth in 2018, go home with a seventh-place finish.

“Tyler (Schmidt) and Tanner (Greves) were leaders for us all year long and they came through for us again today. Honestly, I want to commend the entire team. The difference was that we were able to compose ourselves and made good quality changes,” said Mount Royal head coach Shawn Sky. “This is our first National (Championship), whether we like the order of it or not, it’s also our first win in a National Championship, and there’s a lot of pride for us in that.” 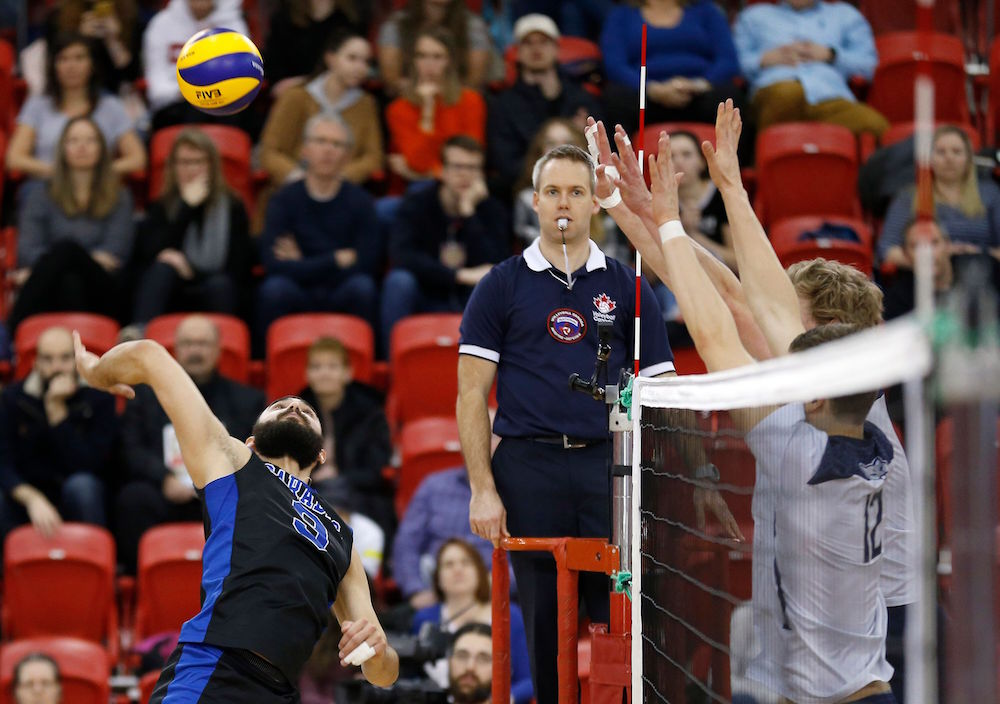 Even though they were defeated, Montreal still felt satisfied with today's performance.

"We gave everything we had, but we ran out of energy at the end of the game,” said head coach Ghazi Guidara. “Obviously, losing yesterday was tough. Nevertheless, we gained valuable experience that will serve us next year."