Queen's is still in the running for fifth place at the 2019 U SPORTS Men’s Volleyball Championship Presented by Hôtel Universel Québec, defeating McMaster in three sets (25-21, 25-18, 25-19) and therefore winning two in a row after also beating them in the 2019 Ontario final. The Gaels move on to the consolation final on Sunday at 11 a.m. ET / 8 a.m. PT in Québec City. As for the Marauders, they return home without a win after reaching the podium every year since 2013. 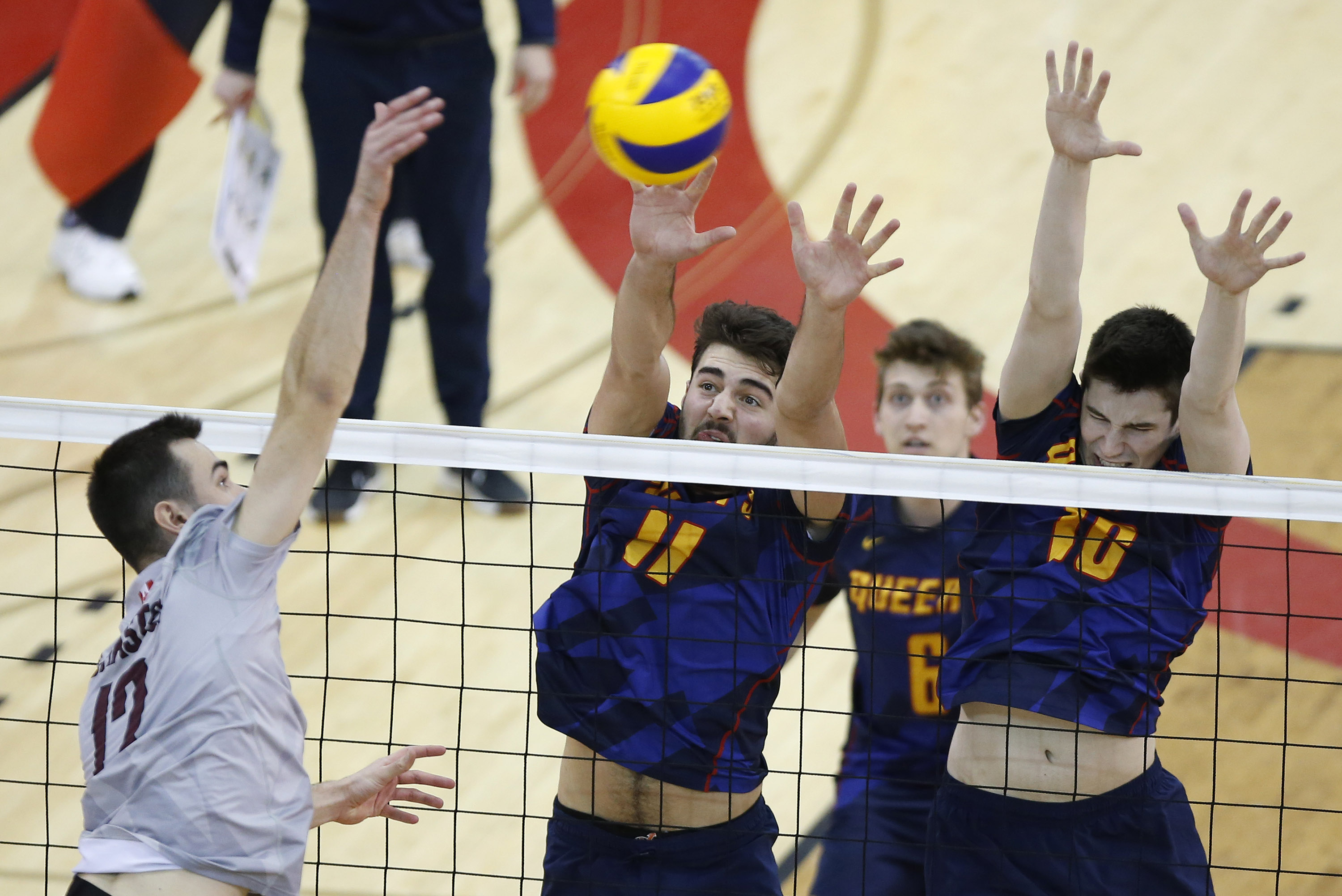 Setter Zane Grossinger came out on top for the Gaels with 35 assists and four aces, whereas Marauder Matt Passalent stood out by serving four aces and scoring six kills.

“I was a little concerned about which team was going to show up today. Our guys were determined to have fun. I told them, we don’t just do this to win, we do this because we love the sport. It resulted in them playing relaxed and carefree and ultimately playing their best, and that was good to see,” shared Queen’s head coach Gabriel DeGroot. “We want to push and make this program much stronger and we’re looking forward to coming back here next year.”

Marauders’ head coach Dave Preston was disappointed with the pace of the match. "Fundamentally we couldn’t put enough serving pressure on them, we made too many serving errors that let them off the hook,” he said. “They beat us in both aspects of the game (offense and defense) and the results speak for themselves.”