The Trinity Western Spartans will move on to the gold medal match after beating Laval Rouge et Or on their home turf at the 2019 U SPORTS Men’s Volleyball Championship Presented by Hôtel Universel Québec.

The championship match will boast two Canada West rivals, as Trinity Western will face the Brandon Bobcats at 4 p.m. ET / 1 p.m. PT on Sunday. The RSEQ champions on the other hand, will try to get their hands on the bronze medal and first podium finish since their last title in 2013, against the Alberta Golden Bears Sunday at 1 p.m. ET / 10 a.m. PT. 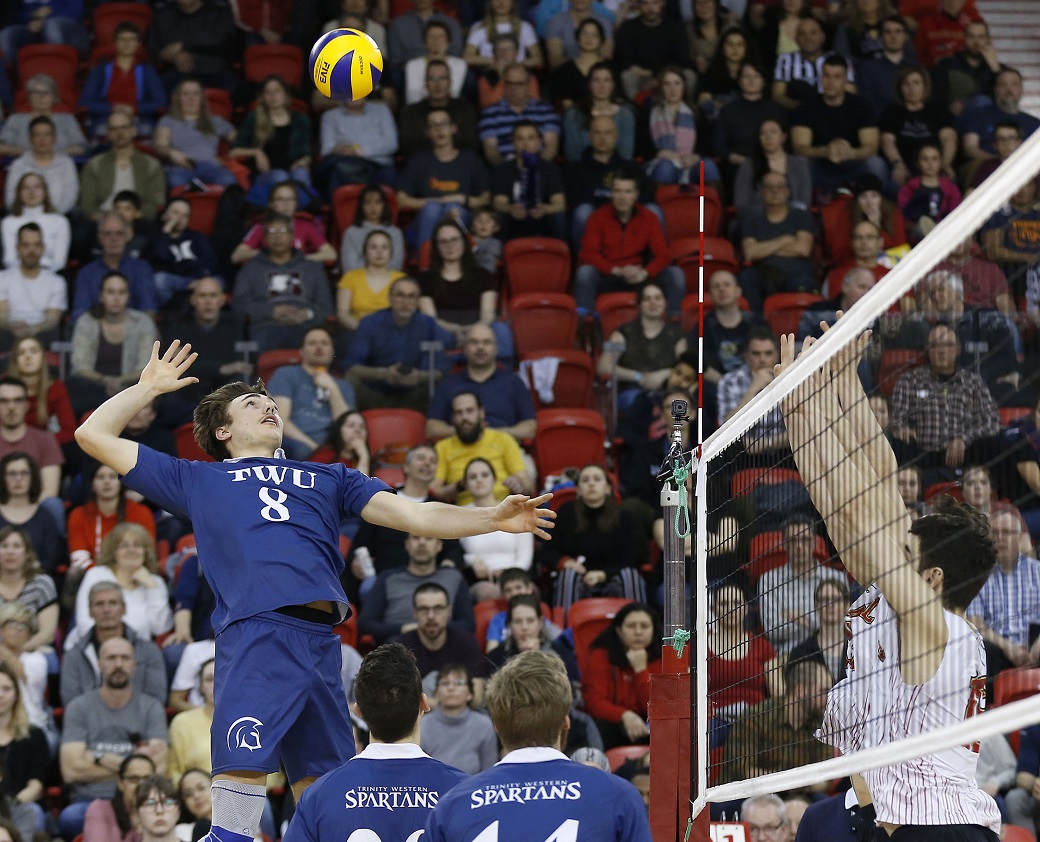 Eric Loeppky was the obvious choice as Player of the Match for the Spartans. On top of his six aces, his 22 kills out of 36 attempts tallied a hitting percentage of .610. For the Rouge et Or, Vicente Ignacio Parraguirre Villalobos led the offence with 21 kills, one ace and eight digs.

“It was exactly what we thought it would be. Laval is one of the toughest teams to beat at home. No. 2 and 3 in the country, of course it’s going to go to five sets. This is what you dream of as a student-athlete, to get a chance to play in front of that many people, excited for or against you. The energy was just awesome,” said Spartans head coach Ben Josephson. “When the stakes are down and the match is on the line, guys like Eric (Loeppky) make their legends in these moments. That might have been Eric’s best match for us.”

"We just weren’t able to get back to their level in the fourth (set) and were completely outplayed in the fifth,” he said. “Our tournament continues and we have to give everything we have to win the bronze tomorrow.”