The No. 5 Alberta Golden Bears won the all-Canada West matchup against the No. 4 Mount Royal Cougars in three sets (26-24, 25-18, 25-23) in the second quarterfinal of the 2019 U SPORTS Men’s Volleyball Championship Presented by Hôtel Universel Québec Friday afternoon at Université Laval.

Outside hitter Taryq Sani led the way for the Golden Bears with 18 kills, a remarkable two more than the combined total of all other Alberta players, while adding four aces and five digs. For Mount Royal, outside hitter Tyler Schmidt was chosen Player of the Match, leading his team’s offence with 11 kills, five aces and six digs.

The Golden Bears have had the Cougars’ number this season, winning both matches in five sets. Alberta will continue their drive towards a potential ninth title of their program history, their last coming in 2015. Alberta came in fourth at last year's National Championships. They will face the top-seeded Brandon Bobcats in the first semifinal on Saturday at 6 p.m. ET / 3 p.m. PT. 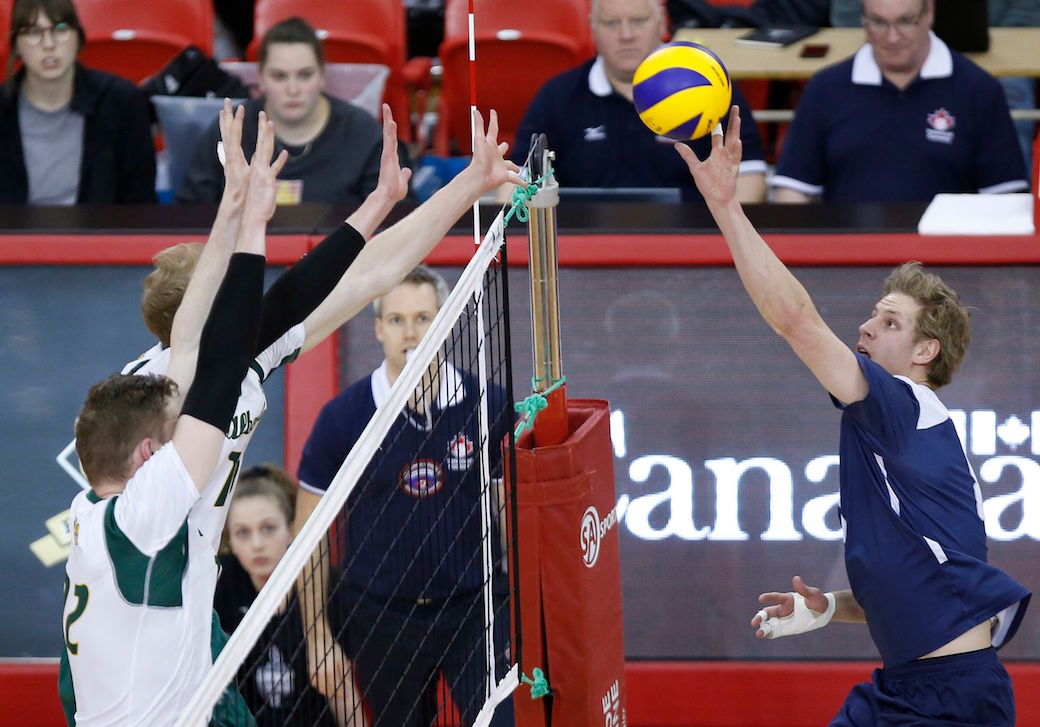 "It feels really good. I was expecting a tough start to the game as we’ve had two weeks off,” said Golden Bears associated head coach Brock Davidiuk. "But our players quickly found their bearings. We were excellent when we needed to be. The ice is broken but we’ll have to be at our best against Brandon." 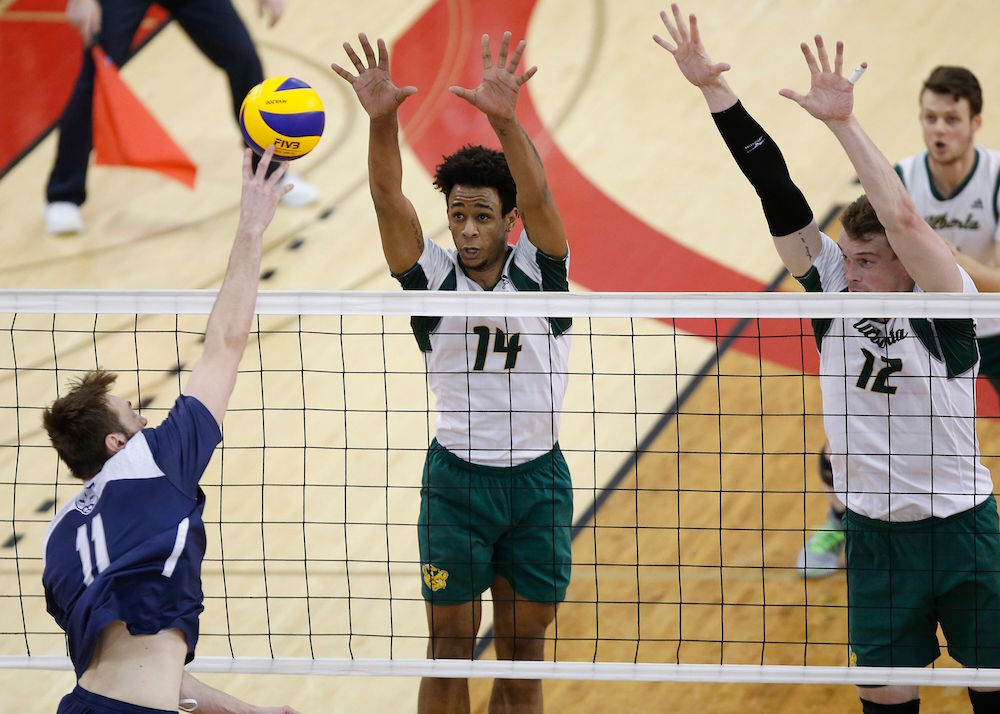 Mount Royal, meanwhile struggled to clinch sets when given the opportunity.

"It was clearly the turning point. We had the lead in each set, but we were unable to maintain it,” commented Cougars’ head coach Shawn Sky. “Now we need to get ready to be better tomorrow."

Quarterfinal 1: Bobcats assert themselves from the start