The Laval Rouge et Or defeated the Alberta Golden Bears in four tight sets (26-24, 21-25, 25-22, 28-26) to win bronze at the 2019 U SPORTS Men’s Volleyball Championship Presented by Hôtel Universel Québec. The hosts step onto the podium for the first time since 2013, when they clinched the national title in front of their home crowd.

For the second year in a row, the Golden Bears finish just shy of the podium, having competed in their 19th consecutive national championship, winning gold in 2015.

Right side Alexandre Obomsawin was chosen Player of the Match for the Rouge et Or, leading the team’s offence with 24 kills and nine digs.

For the Golden Bears, middle George Hobern earned the honour with 10 kills on 14 attempts for a hitting percentage of .714.

"I want to thank my players. They offered quite a show for our fans and overcame yesterday’s disappointing semifinal loss," said Laval head coach Pascal Clément. "We played a strong game, but had a lull that could have been devastating. The guys showed character to come back in that fourth set and win a medal at the Nationals. What a great achievement.” 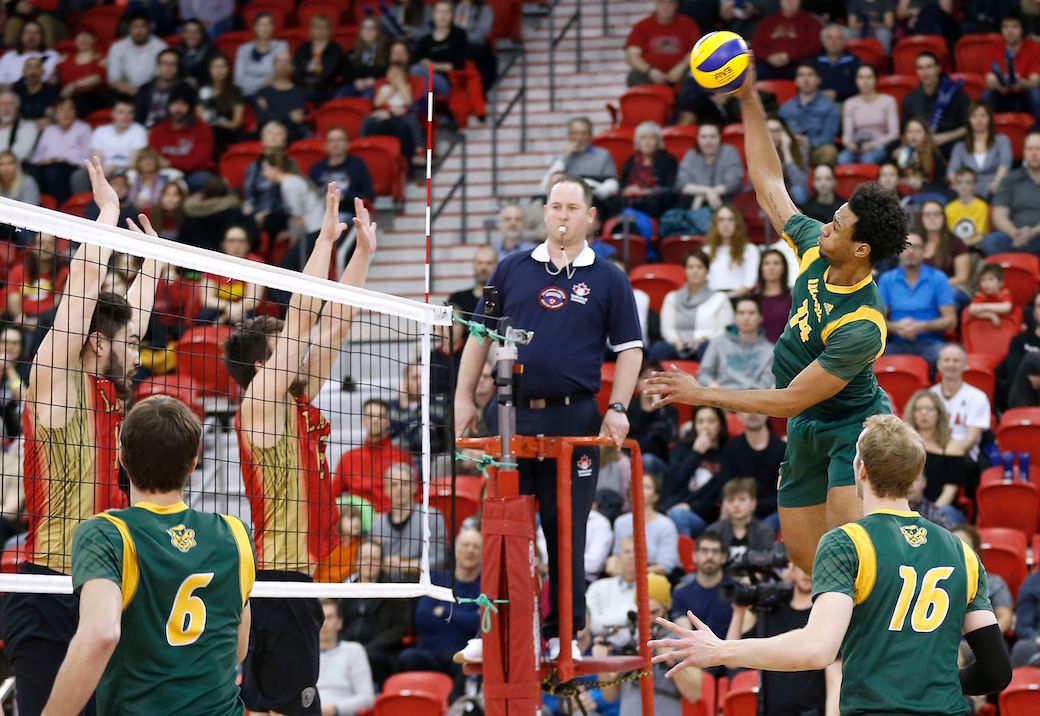 “Laval’s a good team and they were better than us at times. Performing at this level, it’s often about whoever’s going to clinch the big moments and Laval outplayed us today,” he said. “We did a good job after our quarterfinal loss coming here and were grateful to get a second chance, but we’ve been lacking consistency and that makes it hard to be successful at the top of the best stage.”