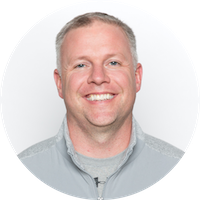 1. How did you first get involved in coaching? What was your path to your position as head coach of Mount Royal?

I grew up in a small town where you played every sport. It was great for exposure to all kinds of people and coaches. I think you see sport differently when you get to play multiple sports. I started coaching when I was 19. I took a coaching class from Leigh Goldie at Grande Prairie Regional College and ended up coaching the Junior Varsity team at GP Composite while playing on the college team. From there I was hooked.

I kept coaching throughout two undergraduate degrees at the University of Alberta and then became a high school teacher. I spent a number of years coaching high school, club (Northern Alberta Volleyball Club) and provincial teams. I was really fortunate to coach some terrific people and had some incredible mentors. A number of future university and national team athletes played on those club teams. In my six years with NAVC, we won three club national championships. That opened a number of doors.

From there, I took a Masters in Sport Psychology at the University of Idaho with aspirations of becoming a professor and coach at university. During my time in Idaho, the head coaching position at Grant MacEwan College – now known as MacEwan University - opened up. Two years later that lead to the opportunity at Mount Royal. In 2004, I became a professor and coach at Mount Royal. For the next 14 years, I coached and taught Sport Psychology. This past year I transitioned to full-time coaching.

My parents are my biggest influence. They are tremendous supporters and provided a foundation of principles to build a life on. Much of what I learned growing up is evident in my coaching philosophy. I wouldn’t be anywhere without them.

From a coaching context, the two biggest influences are Ron Thomson and Gane Olsen.

I played for Ron at Grande Prairie Regional College and learnt so much about the game. He’s the best technical coach I’ve ever met. Demanding, competitive. He’s inventive. In my first year we lost both of our setters, so he made me into one on the fly that season. He does an amazing job of getting the most out of his team and each individual. I only played for him for two years, but it was an incredible experience that shaped me as a person and most certainly as a coach.

For those that don’t know Gane (he’s the principal at Harry Ainlay in Edmonton now), he’s an incredible leader and coach but an even better person. The knowledge and patience he imparted was life changing. He essentially taught me a master’s class in coaching and life without me really knowing it. It significantly accelerated my growth. I was a young, inexperienced coach who thought I knew a lot. I made a lot of mistakes.

We would sit down and have talks that would last for hours. He never lectured, it was always about self discovery. Most involved me having to take a break as my head was swimming with too much information and I needed time to comprehend everything he was sharing. He did all of this while I was coaching his son Mike from Grade 8 to Grade 12. Mike once said about us “We grew up together, him as a coach and me as a player.” It’s true. It makes me shake my head how much patience Gane had. The amount I messed up as a coach, while coaching his son and the patience he displayed and the education he provided – I’m forever thankful. 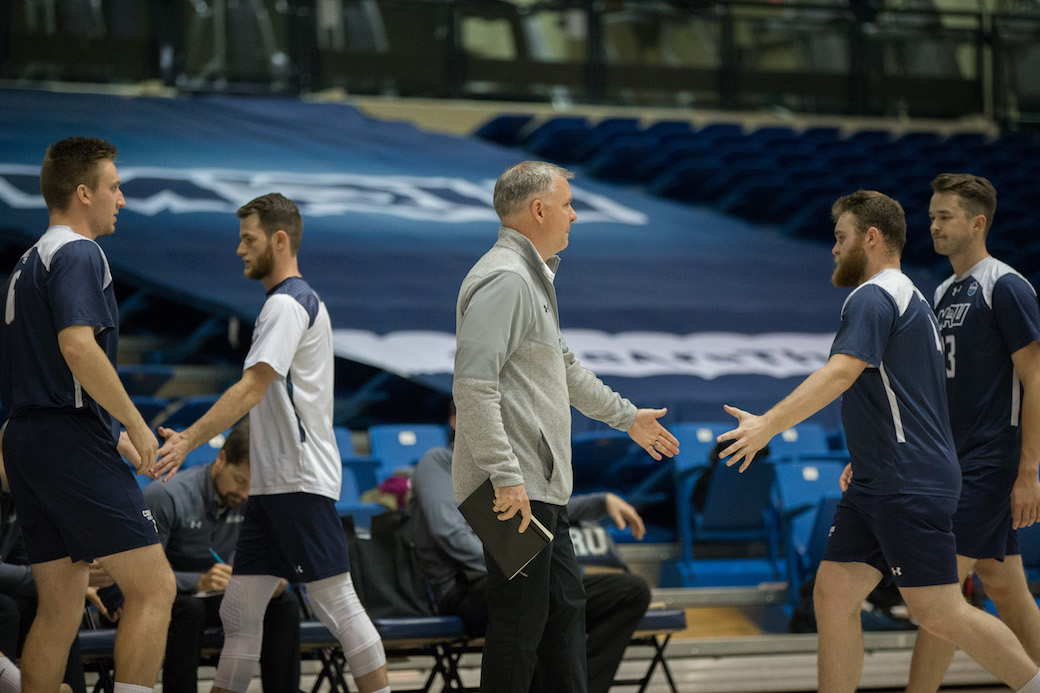 Great question. It’s definitely changed over the years and continues to evolve.

I think whatever you do, you have to continue to grow. Continue to learn. That’s probably similar to how I coach. Like Ron, I’m definitely demanding, fiercely competitive and believe in tough love. I believe in incorporating mental training into practice. It shouldn’t be separate. I have a strong technical and tactical focus but ultimately understand that sport is simply a vehicle for people to discover themselves. What I’m most interested in is helping people grow holistically. If all our guys do is become better at volleyball, then I’ve failed.

Two incredible coaches and incredible teachers. Highly principled and more interested in people and relationships than results. They have the perspective we should all strive for. Sport is a vehicle for life and there are far greater things than sport. They built lifelong relationships with the athletes they coached. Highly successful in multiple ways.

I think it’s our job to constantly think outside the box. That’s coaching. It’s a lot of fun to experiment with the way the game is played, be it systems, lineups or positions. Too often our game can get very rigid in terms of how it’s played. I love when I see teams and coaches experiment.

Early in my coaching career, we won U18 club nationals playing a 6-foot-2 with only one middle - 2 setters, 1 middle, 3 small outsides and our biggest outside was 6-foot-1. Unreal ball control. Very unorthodox but lots of fun. When people think you can’t because it's different, it adds to the enjoyment.

I think the same thing applies to players/positions. Athletes are boxed in playing a certain position but that position might not fit them and limits their growth. Colton de Man and Josh Kirkham both started their post-secondary careers at MRU as setters. Once we got to know them, it made sense for them to do something else to flourish. Colton transitioned to left side during his second and third years and went on to play at the FISU, FTC and pro levels. Josh became a middle in his third year and was a Canada West All-Star by his fifth. He could have easily played pro if he wanted to. 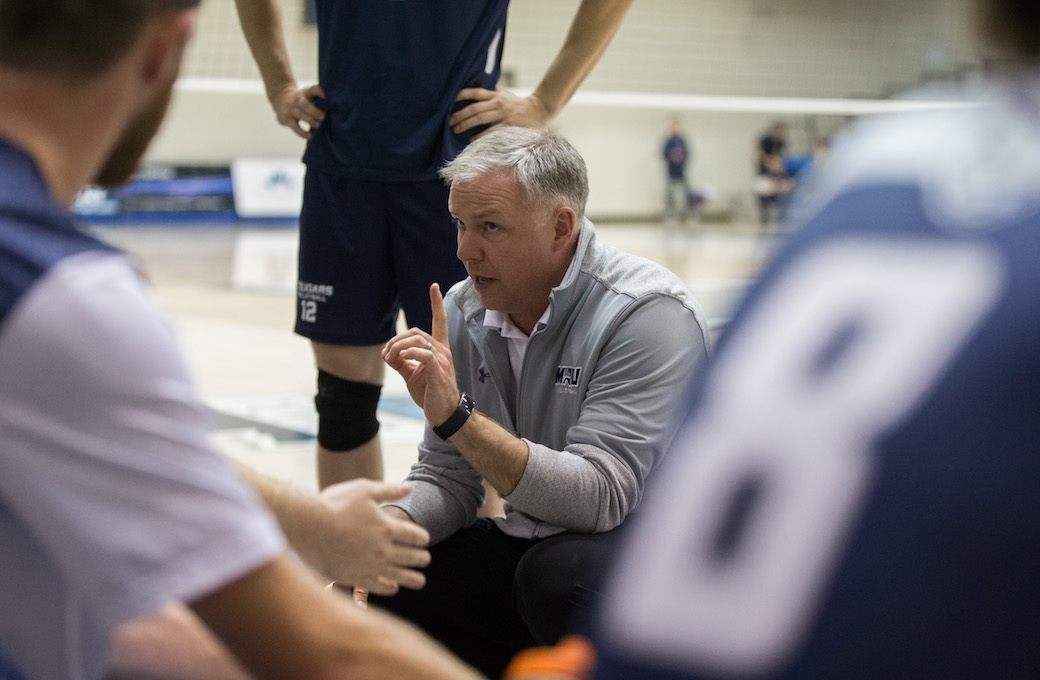 There are a number of moments I’m very proud of. This past season was tremendous. Some big milestones for our program. Our team made the U SPORTS Championship for the first time. It was the first time a team from MRU had qualified for a National Championship at the U SPORTS level. Seven years ago, we transitioned from the Canadian Collegiate Athletic Association to U SPORTS. It’s been a grind. So this year is a big step forward and one for the history books. I hope it's the start of many more for our program and school.

Anytime you win a National Championship, whatever the level, it’s a surreal experience. The joy of people’s faces is awesome. We’ve done it at the CCAA level. I really want that for MRU in U SPORTS.

I’ve twice had the privilege of representing our country. As an assistant coach with our junior national team back in 2006 and as the head coach of our youth national team this past summer. Tremendous experiences and such an honour.

This may sound cliché, but I don’t care. The truly greatest moments are the relationships you form with people. You met through sport, you get to be a part of each other's’ life and it can last a lifetime. Nothing beats that.

It has to be about getting an education. Sport is terrific. It can open many doors. But even amazing professional careers in sport end in one’s 30s. At the end of the day, sport is a complement to one’s education. Find the right academic fit above all else. Take your time and when choosing a school be selfish about that choice. Academics has to be at the forefront. Pick the place that is right for you.

Play all kinds of sports. It’s better for you. Especially in regards to your mental and physical well-being. There is way too much sport specialization occurring. A lot of it is being driven by the monetization of sport. Burnout is a real thing. We play sports because we love them. That needs to be protected. Play multiple sports for as long as you can. You will be a better overall athlete. You will enjoy it more. For me, that means all the way through high school if you can afford it academically and financially. 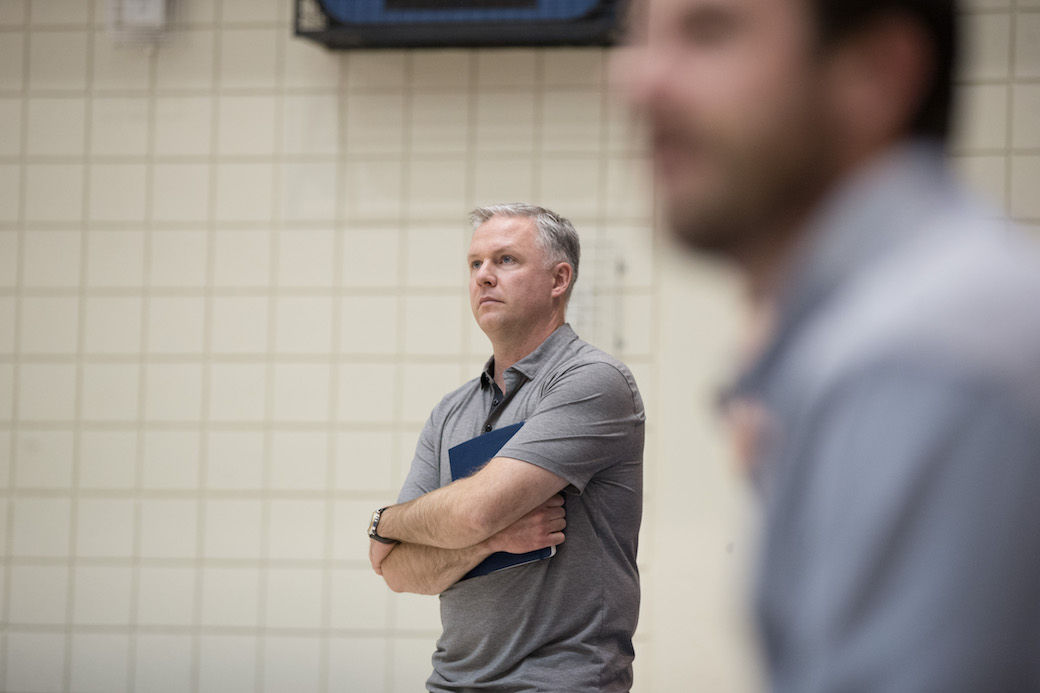 My athletes and alumni will say I’ve definitely mellowed. I’ve changed or grown for sure. I think having kids of your own does that the most.

But my core values haven’t changed. While I’m incredibly competitive and I love to win, I believe that whatever sport or level you coach (be it U6 soccer or Canada West volleyball), it should be about three things: development, Discipline and Fun.

Development is simply a focus on growth. Working to improve yourself and make your team better.

Discipline means self-discipline. How hard are you working? What’s your buy in and commitment level? We talk all the time about giving 100 per cent of whatever you have that day.

Fun is when we play our best. Everyone has a different definition of fun and some people don’t like the term but when we are having fun, we typically play our best due to our mindset - we are in the present, process focused, relaxed and confident.

Spending time with my family. I’m a very lucky person. I am blessed with an amazing wife and we have two energetic young daughters - Ella and Mackenzie. We are a pretty active family, skiing, swimming, skating, biking and travelling whenever we can. The girls play a bunch of sports, from ringette to soccer. Outside of that, I love to fly fish and my wife and I love to golf.

I don’t have one instance but thankfully there isn’t much video of my early years coaching in the CCAA. At least I hope there isn’t. I was pretty demonstrative from time to time. I’m guessing it would be pretty embarrassing to watch now.

Getting to know your U SPORTS student-athletes: Seth Friesen, Brandon Bobcats