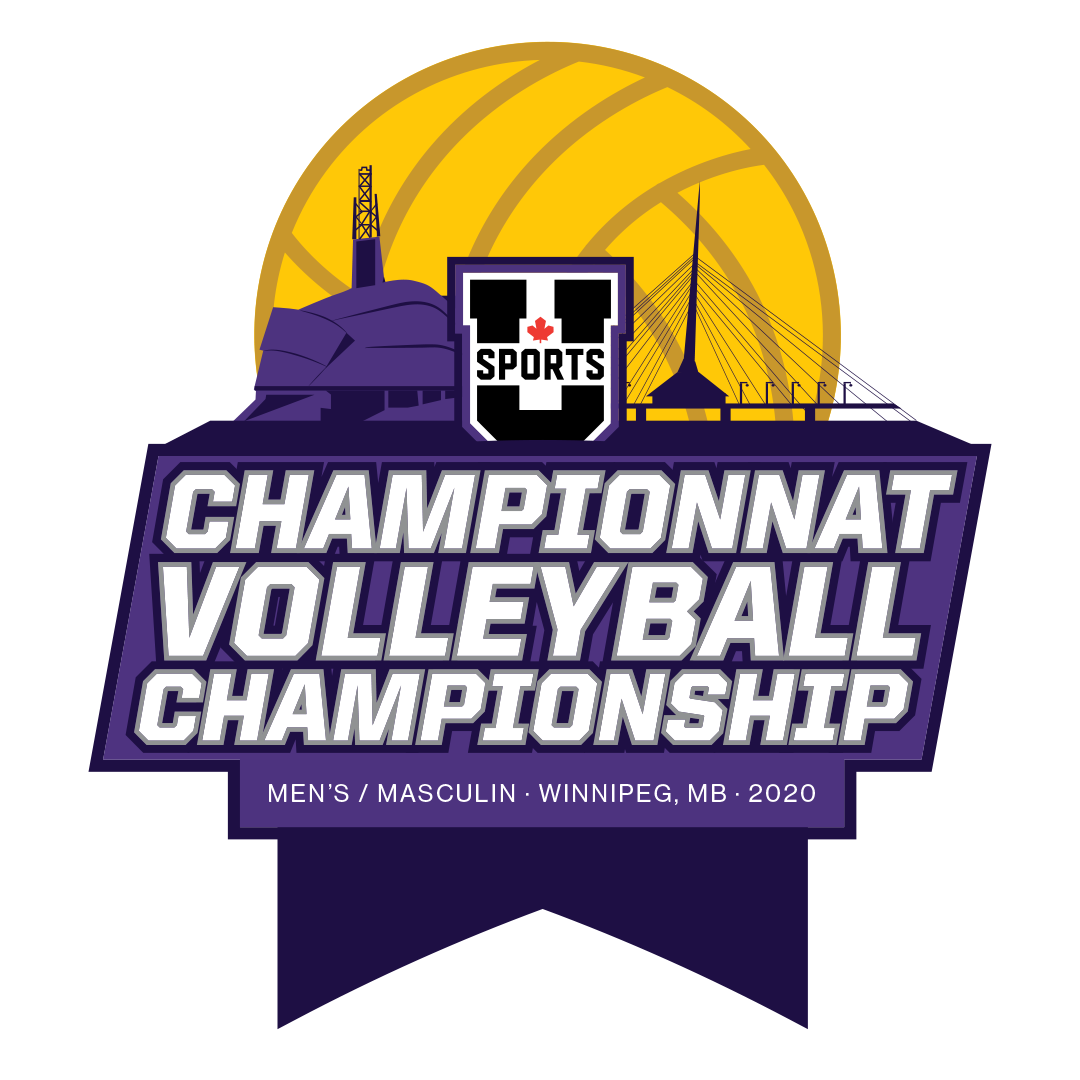 The Trinity Western Spartans were named tournament favourites on Sunday, as the seeding and quarterfinal matchups were announced for the 2020 U SPORTS Men’s Volleyball Championship.

Hosted for just the second time by the Manitoba and first since 1976, first serve on the tournament flies on Friday and the event concludes Sunday with the gold medal game at 8 p.m. ET / 5 p.m. PT. All games be played at the Investors Group Athletic Centre.

Livestreaming is available via subscription on USPORTS.LIVE. 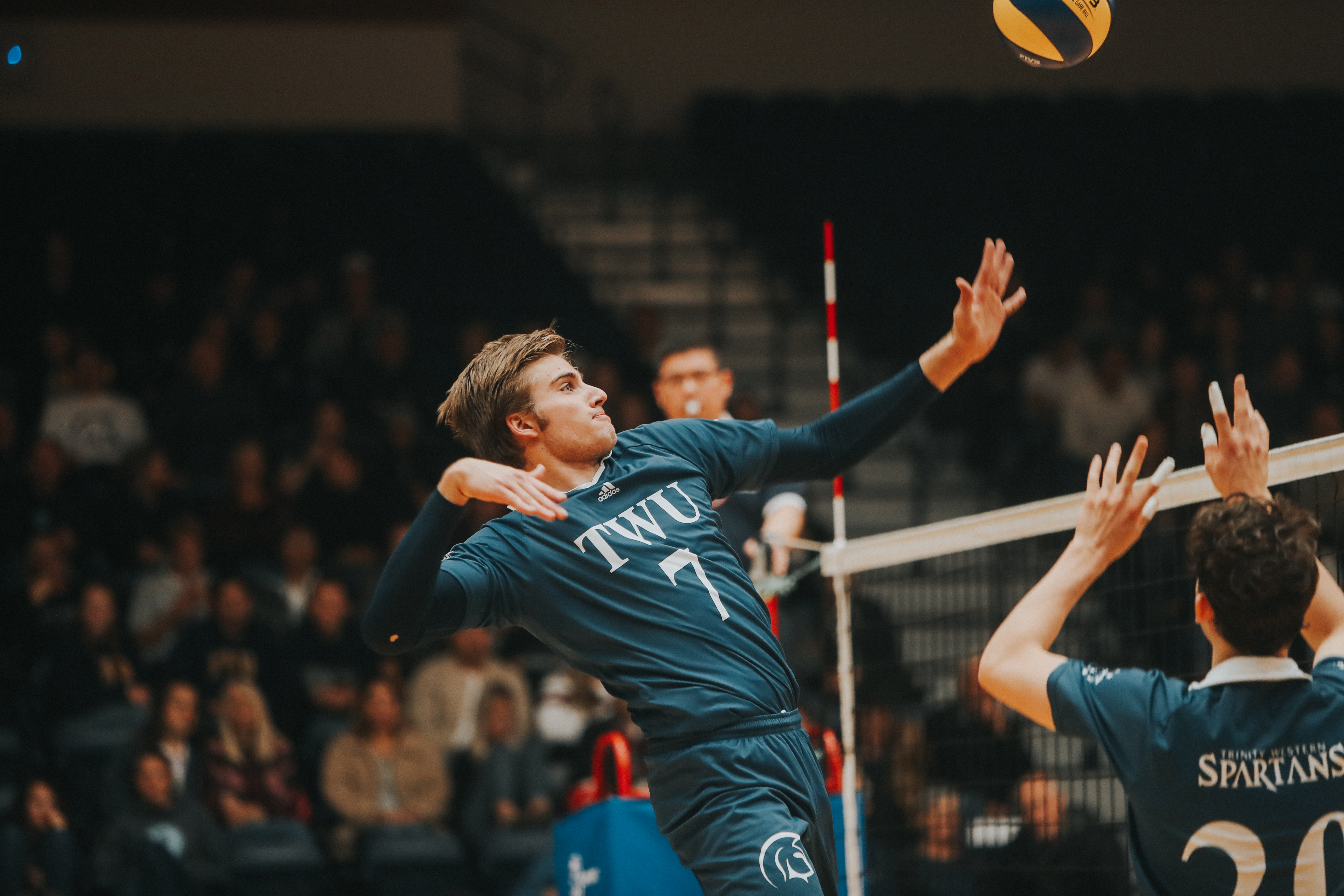 The defending national champion Spartans were No. 1 in the U SPORTS Top 10 in every ranking this season, as they rolled to one of their most dominant regular seasons in program history. Along the way, TWU put together a program record 19-match winning streak, while also winning at home record 34 straight sets. 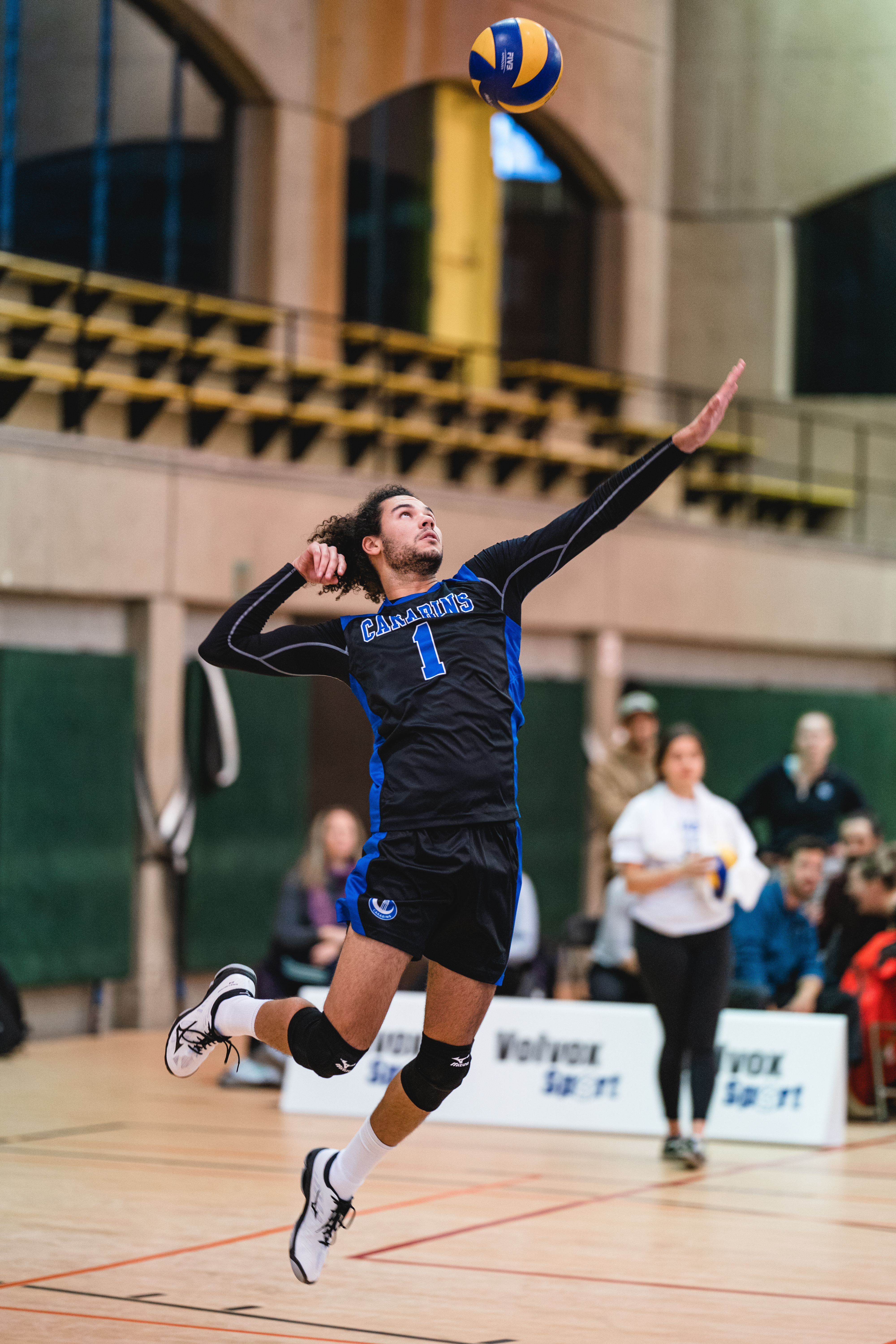 The Carabins had a fantastic season finishing 15-1, the best in program history en route to an RSEQ championship.

Led by last season's quintessential player Gabriel Chancy, the Carabins grabbed top spot in the conference standings.Chancy finished the year with an average of 11.1 assists per set, to lead the nation.

While group of veterans is solid, the next wave of succession is also flourishing, with outside hitter Alexis Tournier contributing greatly, earning RSEQ Rookie of the Year honours. 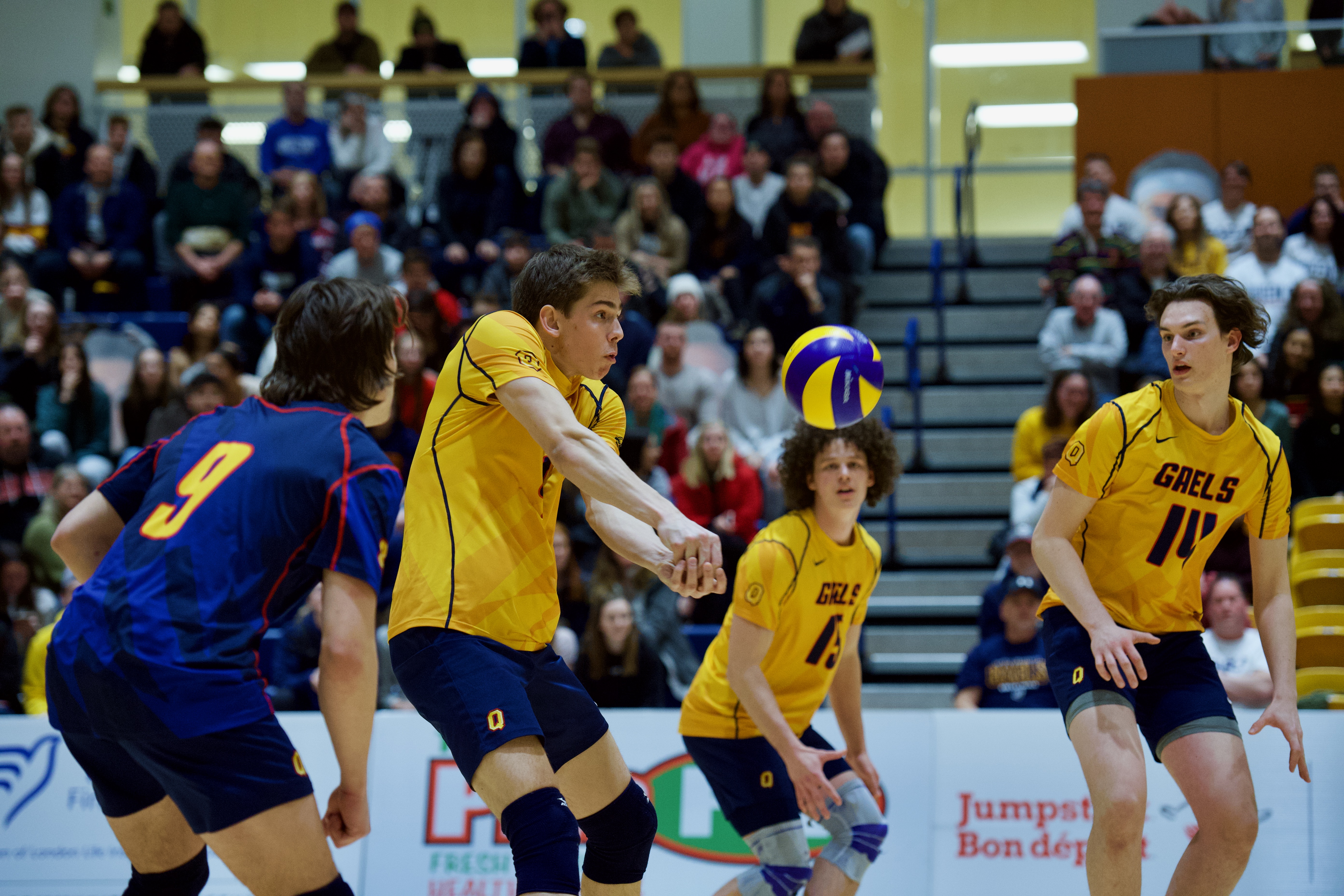 Coming off a 2019 OUA title and U SPORTS fifth-place finish, the Gaels were looking to defend their conference crown and get back to the national championship tournament. After struggling out the gate to start the year, the Gaels went on a 14-2 run and finished as the second team in the OUA East division. The Gaels also saw themselves consistently in the national rankings and climbed as high as No.4 nationally heading into the conference final four. 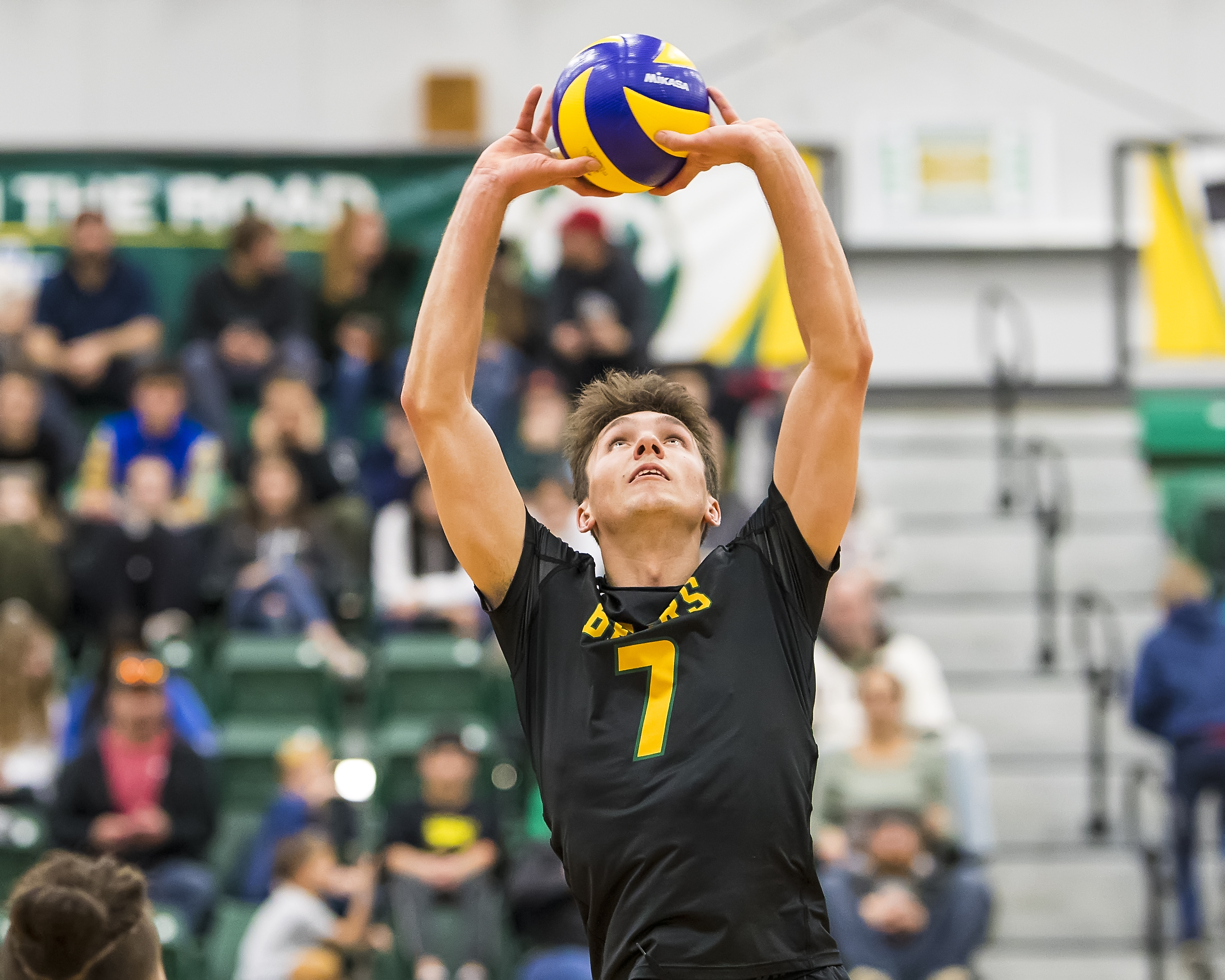 After losing to Trinity Western in the Canada West Final for the second time in three years, the Golden Bears head to Winnipeg looking to get revenge on the national stage.

Alberta heads to the U SPORTS Championship for a 20th straight year, looking for their first championship banner since winning back-to-back in 2014 and 2015.

First year head coach Brock Davidiuk led the Bears to an 18-4 conference record, second best to the Spartans. The Golden Bears were also outstanding in the second half, winning all 12 regular season matches in 2020.

The Bears will rely on CW first team all-stars Jackson Kennedy, who led the team with 3.24 kills per set, and setter Max Elgert, who finished fourth in Canada with 10.21 assists per set. 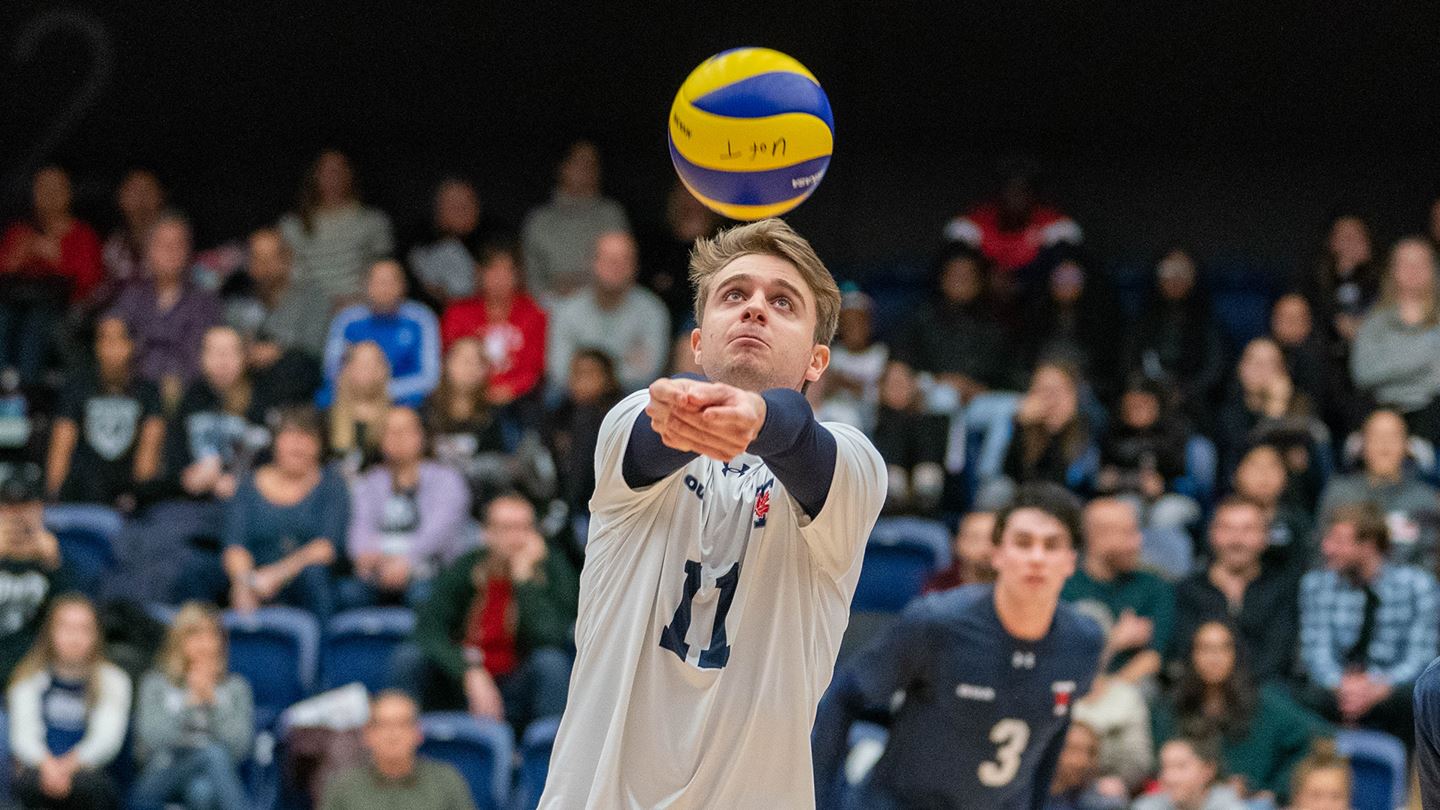 The Varsity Blues, led by head coach John Barrett, rolled through the OUA regular season, finishing atop the East after registering a 17-1 record with a 13-match win streak entering the playoffs.

Toronto’s fluid attack is fuelled by senior Jordan Figueira, a talented setter who racked up 618 assists (9.5 per set, good for second in the conference). In addition to pacing the OUA in total assists (744), the well-rounded Blues were also tops in kills (797) and digs (663), and second in hitting percentage (2.70). Second-year outside hitter Evan Falardeau was a problem for opponents, leading his team in kills with 239 (fourth in the OUA in kills per set at 3.57). But Toronto can defend as well as it attacks and the catalyst on that front is junior libero Daniel Tudor. Tudor showed his willingness to sacrifice defensively all season by registering 167 digs, which ranked him second in the conference with 2.49 digs per set. 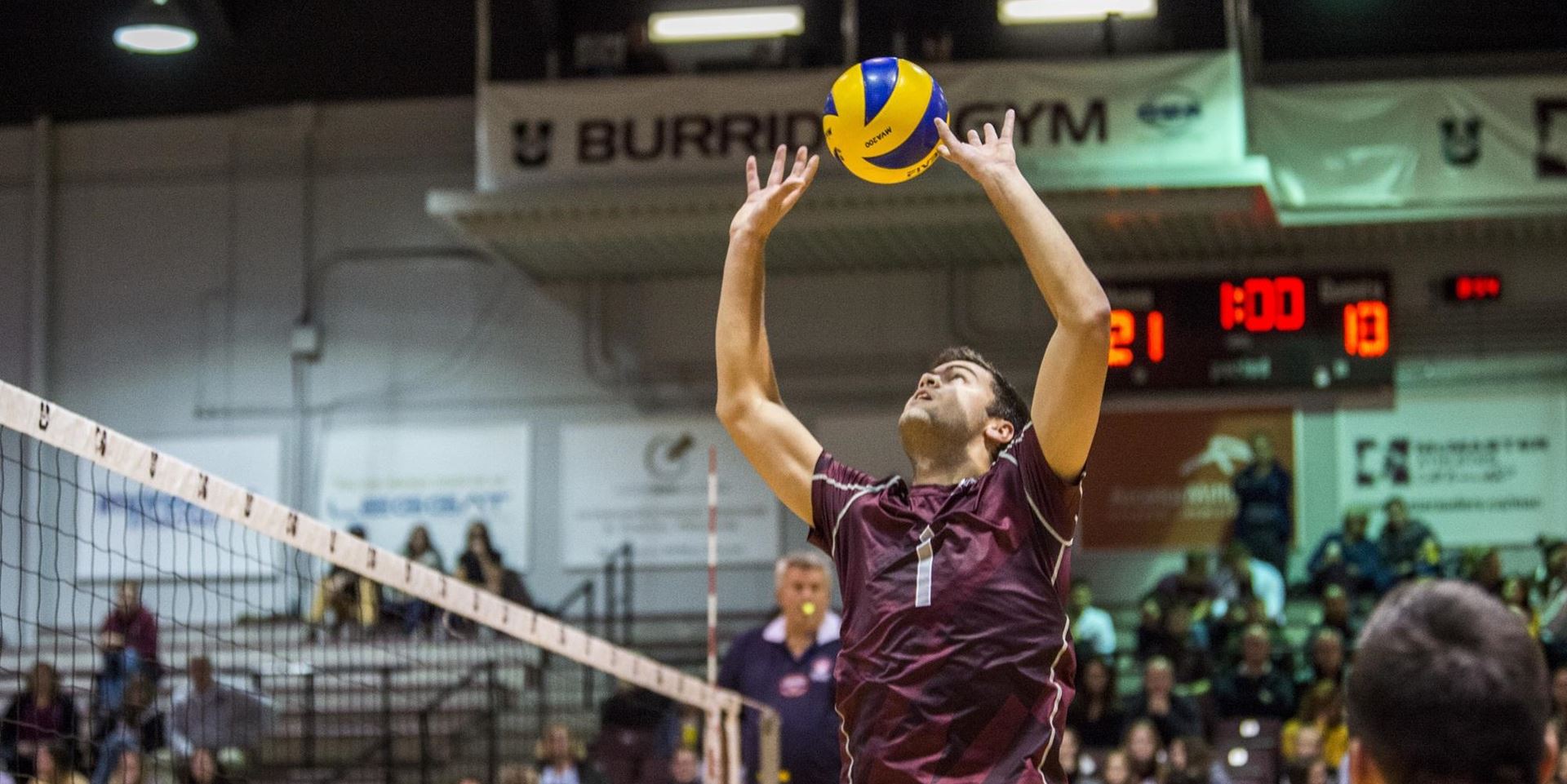 The Marauders were a force again in the OUA West, topping the division with a 15-2 record. They surprisingly dropped their final match of the regular season in straight sets on the road against the Windsor Lancers, but seemingly took out any residual frustrations with a surgical 3-0 win over the Nipissing Lakers (25-14, 25-16, 25-12) in the conference quarterfinal.

McMaster can get the job done in a variety of ways. The team finished second in the conference with 11.66 kills per set, thanks in part to having three players register at least 128 each. Senior outside hitter Craig Ireland paced McMaster with 140 kills. The front line was also efficient, ranking third in the league in hitting percentage at .263. Senior setter David Doty ran the offence well and ended the regular season third in the OUA with 9.33 assists per set, while fourth-year libero Jordan Pereira was a key defensive presence with a team-best 103 digs.

There’s another weapon in third-year outside hitter Nathan Delguidice. He only played in 11 matches this season, but wound up ranking second in the OUA in kills per set at 3.83. 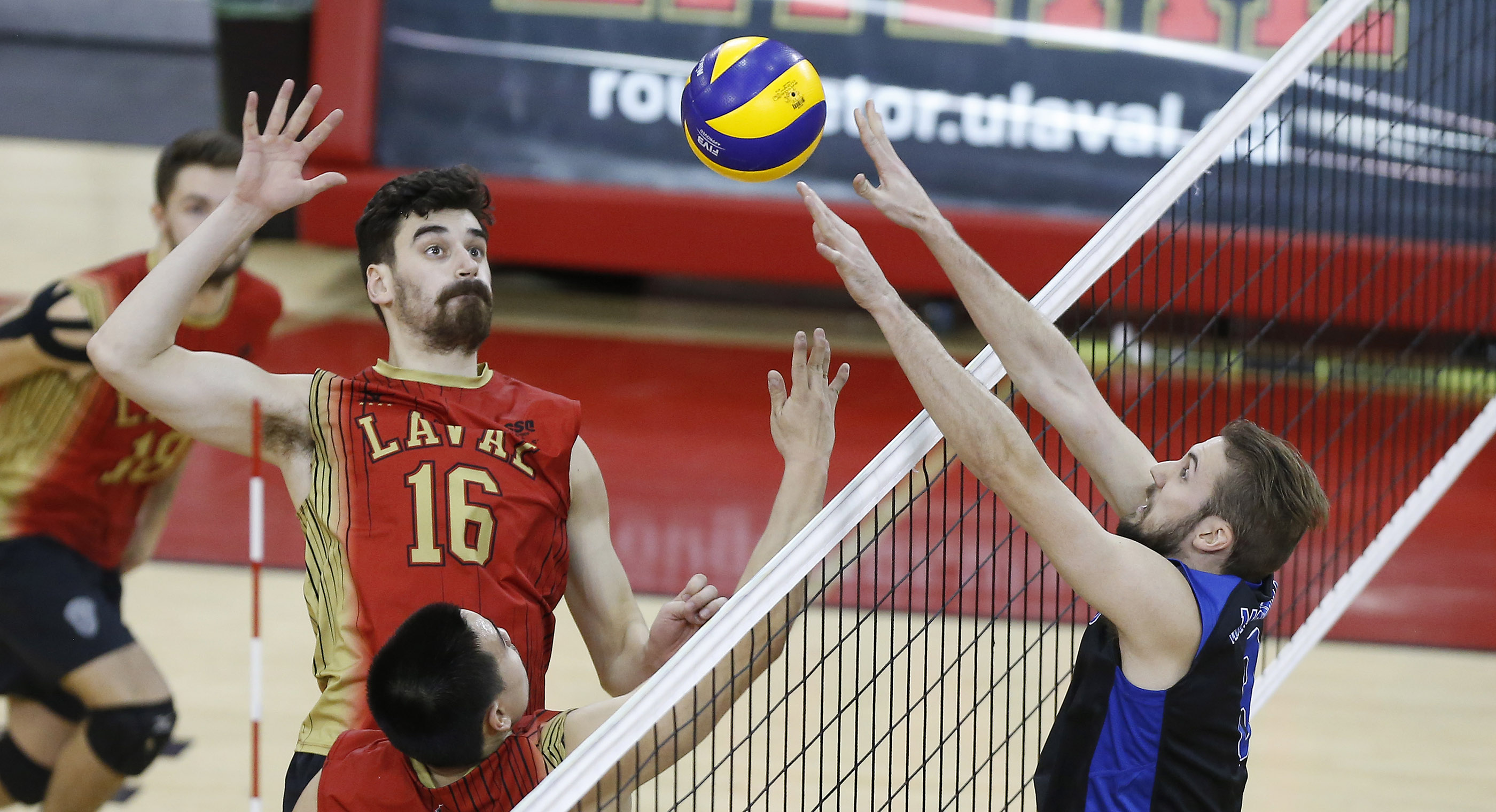 It was a year of transition for the Rouge et Or, who had to learn to live without their former RSEQ MVP over the past five years, Vicente Parraguirre. The arrival of excellent rookie Nicolas Fortin helped to compensate for this loss, as he maintained a 4.35 kills per set average, the third best in the country. However, injuries haunted the Rouge et Or throughout the campaign.

Fortin, outside hitter Alexandre Obomsawin, a member of last year’s U SPORTS Championship all-star team, fifth-year all-star setter Ethan Ellison and fourth-year libero all-star Rémi Cadoret all missed games at different times in 2019-20. Despite all of this, Laval managed to keep an 11-5 record, good for second place in the RSEQ. 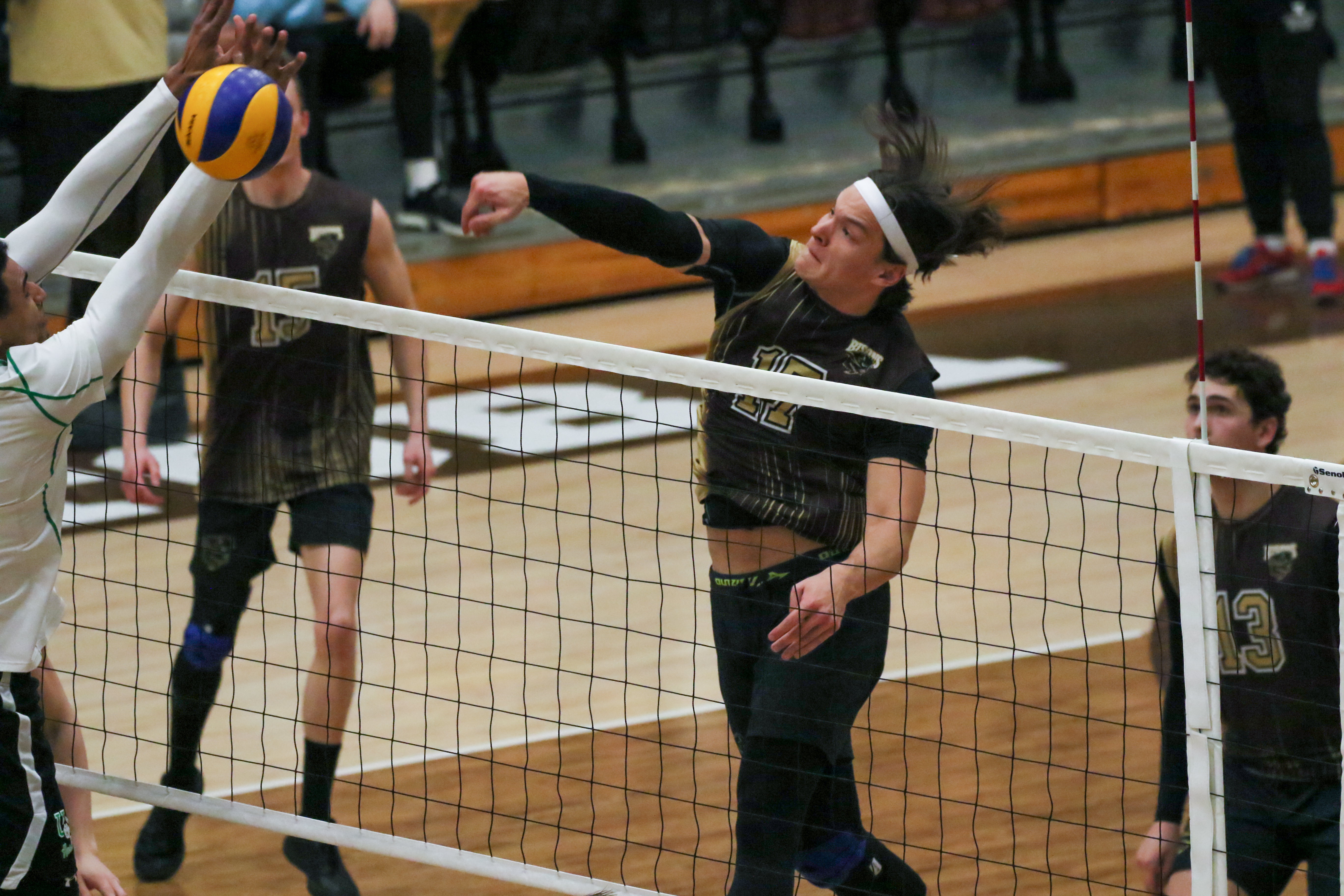 With a young roster, the Manitoba Bisons have rallied around veteran leadership in an 8-14 campaign, with fifth-year outside hitter Kevin Negus posting impressive numbers once again from the right side. The Sioux Lookout, Ont. native has posted 3.57 kills per set, good for fourth in the Canada West conference. The team has also received help from Canada West All-Rookie middle Darian Koskie, who has filled in admirably for an injured Brendan Warren, who led the conference in blocks last season. Koskie has tallied 55 blocks and 95 kills in 22 matches.

The 2019-20 season is also the last for legendary head coach Garth Pischke, whose 38th season at the helm of Manitoba will be his last. Pischke is coaching in his 28th national championship and the first at home, having won nine U SPORTS gold medals, nine silver medals, five bronze medals, and in incredible 14 straight years from 1978 to 1991 of winning at least a medal.