The Brock Badgers’ band of wrestlers were pushed to the limit on Saturday at the University of Calgary’s Red Gym, but they once again proved to be the lords and ladies of the mat.

For the sixth consecutive season, the Badgers’ men and women swept U SPORTS championship status at the 2019 national championships. The men’s contingent finished with 83 points, well in front of Concordia’s 58 and Alberta’s 52. On the women's side, Brock accumulated 53 points, followed closely by Saskatchewan at 48 and Concordia at 37.

In the Day 2 finals, Brock competitors won a total of 15 medals, seven of them gold.

The Badgers lost seven individuals off last year’s national championship squad, so this was a bit of a retooling year for head coach Marty Calder. Yet, the outcome was – at least for the opposition – painfully similar.

“I’m extremely proud of the effort they put in on a day-to-day basis,” said Calder. “I feel like they’re chasing the dream and it’s exciting for a young kid. We’re there to help them. They represented themselves well, all of them. I tell you, it’s very difficult losing these kids. When we lose them, it’s disheartening.”

One of those Calder will lose is Jevon Balfour. Capping off an amazing varsity career, Balfour defeated McMaster’s Benjamin Zahra in the 76 kg division for his fifth individual national title.

There’s not many people who have done five, a bunch of legends,” smiled Balfour. “The coaching staff is ridiculous. They all put so much passion and care into us. If you care as much about it as they do, you can’t help but succeed.”

The women’s competition was a see-saw affair, with the Badgers hounded all day by the Huskies. When Tina McLaren, top-ranked in the 51 kg, was disqualified in her set-to with Concordia’s Jade Dufour, the Huskies led by one. But a subsequent win in 72 kg by Darrion Sterling vaulted the Badgers up again and additional victories by Emily Schaefer in the 55 kg and Hannah Taylor at 59kg sealed the Brock crown.

“The University of Saskatchewan on the women’s side were awesome, what a battle,” praised Calder. “They showed up.”

“It’s my last year with the varsity team, so it’s nice to end on a really positive note,” grinned Schaefer, who has never not won a national team title. “I’m so proud of my girls, I love them to death.

“There are a lot of expectations and there is a lot of pressure, just depends on how you look at it. It was something we’ve done before so it gives us confidence we can do it again. We want that pressure.”

“It’s always a great feeling but I’ve done this twice before,” pointed out Hildenbrandt, who was at junctures in the match slapped, elbowed in the head and poked in the eye. “It’s more about being focused yourself and being ready to go.”

In his fourth year, he will attempt to close out his eligibility with yet another win.

“That’s in the plan,” he said. “We have the 2020 Olympic trials coming up, so that will play a factor to winning next year. We’ll see what the future holds.”

Fraser Valley’s Ana Godinez Gonzalez earned female Outstanding Wrestler honours following her win at 63 kg, while Concordia’s Alex Moore took the top individual honour on the men’s side thanks to his gold medal win at 90 kg. 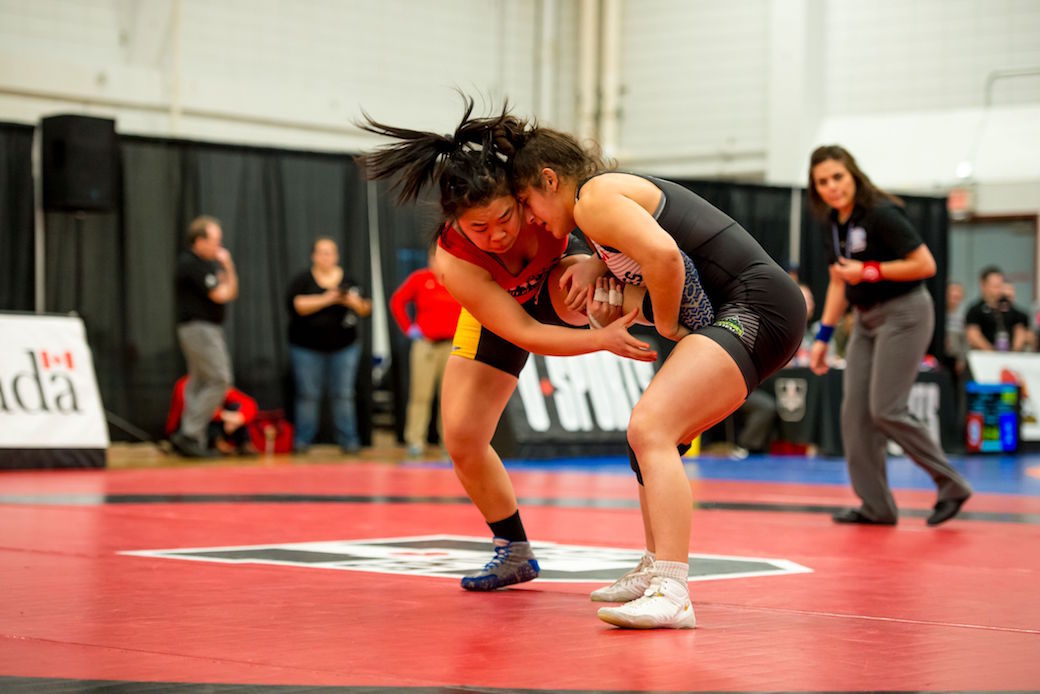 Logan Sloan of Saskatchewan, gold medallist at 54 kg, and Alberta’s Katie Mulkay, who fell to Godinez Gonzalez in the 63 kg final, earned U SPORTS Rookie of the Year honours. Brock’s Calder and Saskatchewan’s Daniel Olver were selected by their peers as, respectively, the men’s and women’s Fox 40 Coaches of the Year. 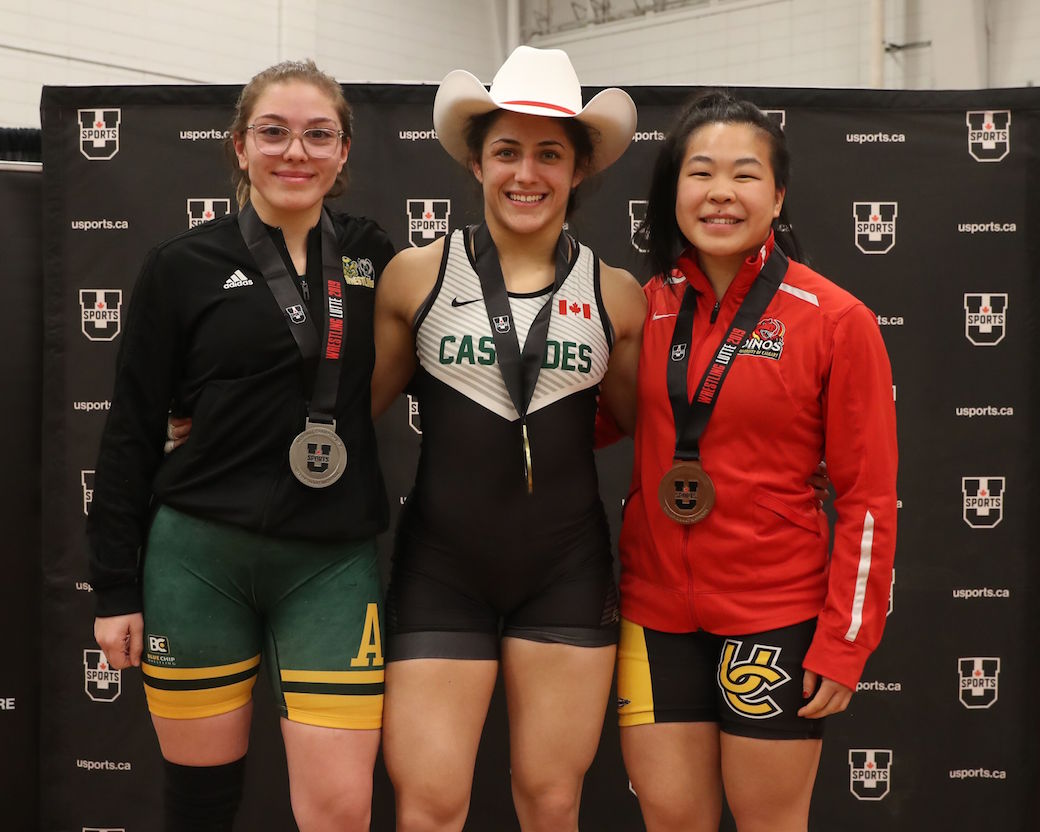 The Student-Athlete Community Service Honours went to Shadab Rohalia of York and Drew Persson of Calgary. Rohalia, a fourth-year business student from Rawalpindi, Pakistan, joined the Lions wrestling squad this season. He has worked to develop an Enactus chapter at York, taking on projects that benefit the community through entrepreneurship, youth empowerment, financial literacy, and environmental sustainability.

Persson, a freshman from Eckville, Alta., volunteers as a coach with the Dinomites wrestling program and helps operate youth programs at Crank Gym in Calgary. She also served as a volunteer coach at the 2018 Alberta Winter Games. Outside of wrestling and sport, Drew is a volunteer at the Benalto Pro Rodeo and at the Bethany Care Centre in Sylvan Lake and Eckville, Alta.