The Brock Badgers wrestling team will be aiming for its seventh straight national title sweep as it hosts the U SPORTS Wrestling Championships this week.

Both the men's and women's teams head into the championships ranked No. 1 in the country, having recently won their fifth and sixth-consecutive provincial titles, respectively, in dominating fashion.

The Badgers wrestling program has momentum going into the National Championships with many athletes competing at the Canadian Wrestling Trials in nearby Niagara Falls last December.

The U SPORTS Wrestling Championships – which are being hosted by Brock for the ninth time in men’s competition and sixth for the women, but the first occasion since 2016 – get underway Friday, Feb. 21 at 10 a.m. ET / 7 a.m. PT at the Bob Davis Gymnasium.

For the first time since 2015-16 the Saskatchewan Huskies men's wrestling team are the best in the west after they finished first at the Canada West Championship, hosted in Calgary on Feb. 9.

After finishing second by just one point last year, the men took care of business in 2020 by racking up 43 points to finish five clear of the Alberta Golden Bears.

Two other trophies will also be making the trip back to Saskatoon with the Huskies after Carson Lee was named the male Rookie of the Year and Daniel Olver won Coach of the Year honours.

The men’s top wrestler was Fraser Valley’s Amarvir Atwall, who came out on top of a tough field in the 76 kg weight class. Atwall defeated Alberta’s Myles Kent by fall in the third round to win the gold medal, with Kent taking silver.

With five gold medals in eight weight classes, the Calgary Dinos women returned to the top of the Canada West wrestling world with their record 11th conference championship.

Led by a pair of rookies in Grace Lew (51 kg) and Ellise Daynes (67 kg), the Dinos also got big performances from Miki Rowbottom (63 kg), Amy Bellavia (59 kg), and Grace Chambers (55 kg) to edge the Saskatchewan Huskies by four points, 36 to 32, to win their first conference team title since 2016.

Lew was also a double winner of individual awards, earning both Rookie of the Year and Student-Athlete community service honours. The men's student-athlete award also went to the host Dinos, with 100 kg silver medallist Steven Sheppard accepting the honour. 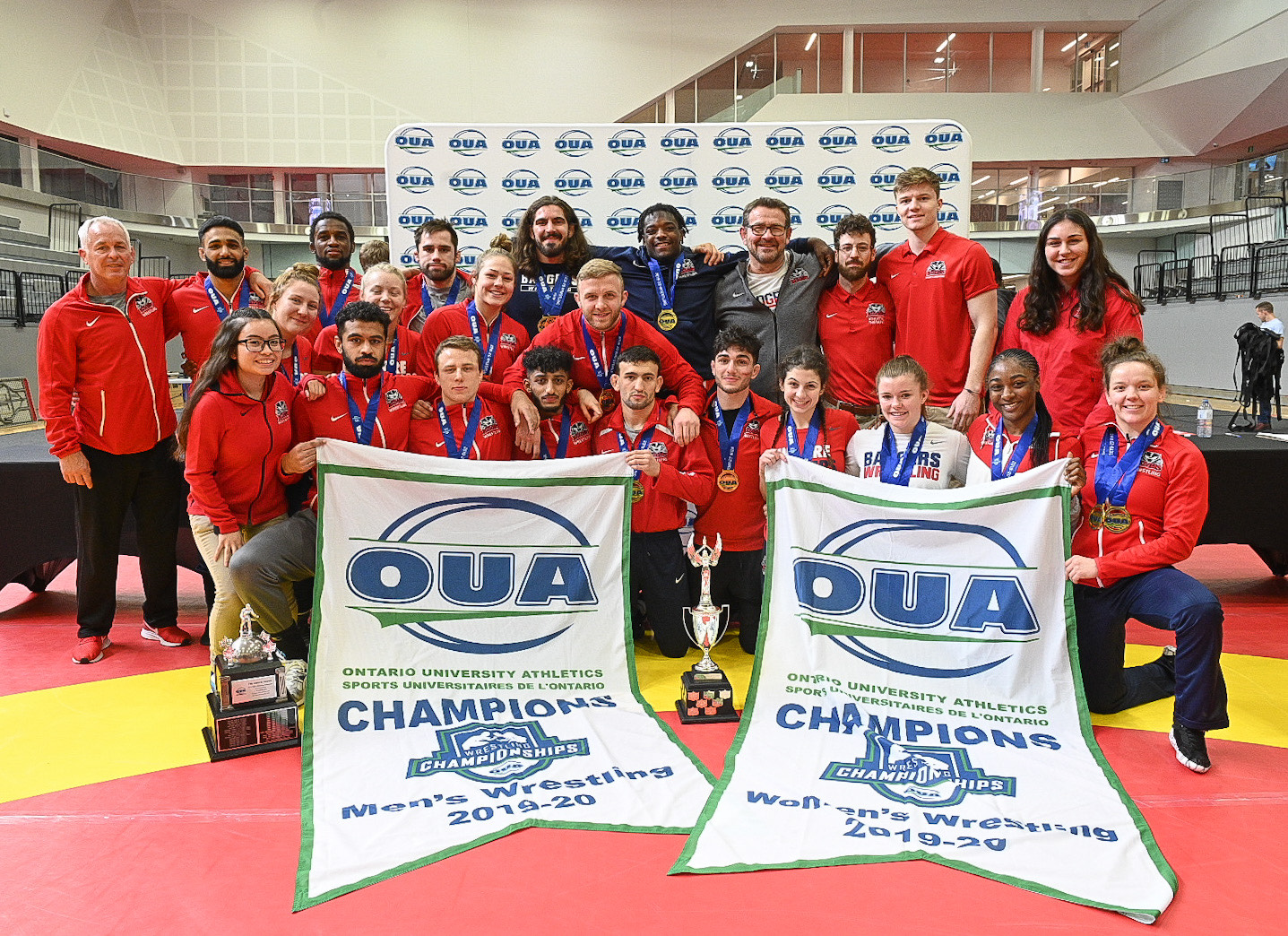 For a fifth straight year on the men's side, and a sixth consecutive year on the women's side, the Brock Badgers took home the team titles at the OUA Wrestling Championships, with Brock wrestlers claiming 10 of the 19 gold medals handed out.

While Brock ran away with team titles on both the men’s and women’s sides, the rest of the OUA was well-represented in the conference’s major award winners. McMaster’s Ben Zahra took home the Outstanding Male Wrestler award following his gold medal run in the men’s 76 kg, while Madison Parks from the Western Mustangs was named the Outstanding Female Wrestler after an undefeated run in the women’s 51 kg weight class. 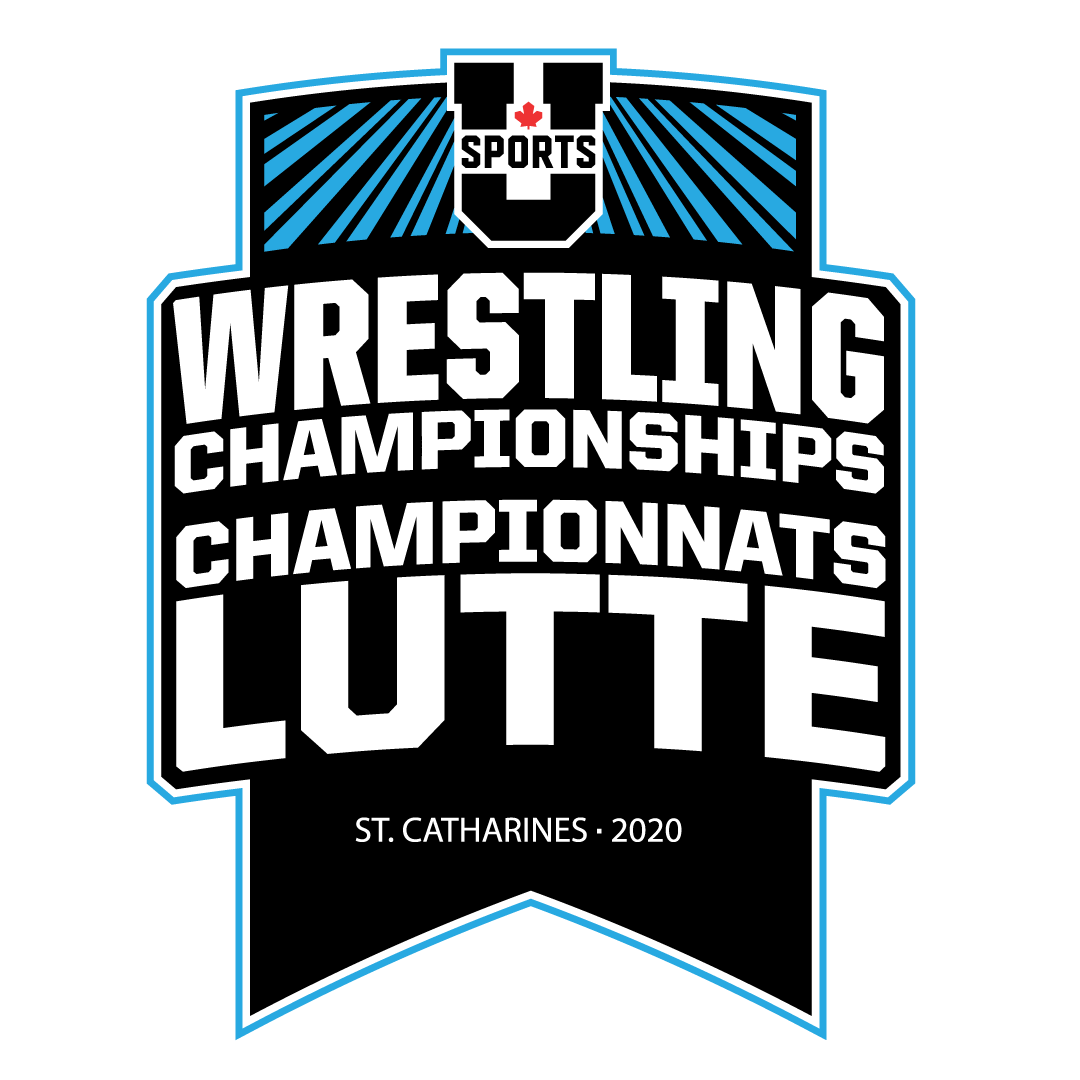