Leading up to the 2017 Summer Universiade taking place in Taipei City Aug.19-30, U SPORTS profiles the athletes set to don the Maple Leaf in our weekly feature series "Meet Team Canada."

Call it what you will, but Regan Yee is heading back to the FISU Games for a second time. She’s no stranger to the Summer Universiade – just two years ago she finished seventh in the women’s 3000-metre steeplechase in Gwangju, South Korea.

“When I went two years ago I was pretty much just shocked and surprised that I even made the team so I was just stoked to be there,” says Yee. “Obviously I wanted to be competitive in the race, but I was just in the pack.”

With a seventh-place finish Yee emerged a little bit bolder, a little bit more confident, and walked away with a taste of international competition.

Currently training and competing for the Trinity Western Spartans track and field squad, Yee sees these games as the perfect opportunity to not only build on her international racing repertoire, but take charge of a fresh race. After spending the past few years establishing herself in the steeplechase, she decided alongside with Spartans endurance coach, Mark Bomba, that it was time to focus in on the 1500m.

“This year was about having her run more 1500s vs 3000m steeplechases,” Bomba says. “She needed both the training and the racing experiences she had not previously had.”

Unlike any other summer, her race volume increased with competitions throughout the Pacific Northwest, as well as in Portland, Ottawa and just last week a mile race in Philadelphia. Several 800-metre races also littered the summer, purely to practice and increase speed.

Beyond the preparations, however, Yee points out that making these Games is both crucial and natural in her progression as an athlete. “So far in my track career I’ve followed a pretty standard developmental pathway,” says Yee. “I made Pan Am Juniors, then World Juniors, and last summer was at the U23 (North American, Central American and Caribbean Athletic Association Championship), so it made sense for me in my stepping stone pathway that the next competition would be (FISU).”

Rewind one year to summer 2016, and Yee saw a chance to make the Rio Olympic team. Despite the possibility and a shot at the Canadian Trials where she placed fourth, last summer’s competitions and not making it to Rio was a blessing in disguise.

“(Last summer at NACAC’s) was a huge confidence boost...then, this summer, it would have been an unnatural leap to go straight to world championships. I’m hoping doing well at FISU will be the next step before making a bigger team, like the Commonwealth (Games).” When you race as often and for as long as Yee has, patience is key and trusting the system and program built for you is crucial. At the same time, a pathway to something bigger and the environment which Universiade host city Taipei provides make for ideal conditions to take advantage of. Not yet at the thunderous stage of world championships, but still prepped and ready for challenging international competition, Yee sees these Games as the best thing that could happen to a university athlete:

“You’re all university students,” she says. “It’s still also a lot about the experience and you’re there to have fun. I think it’s the perfect taste of international competition and what the Olympics could be like and it makes you hungry for more. 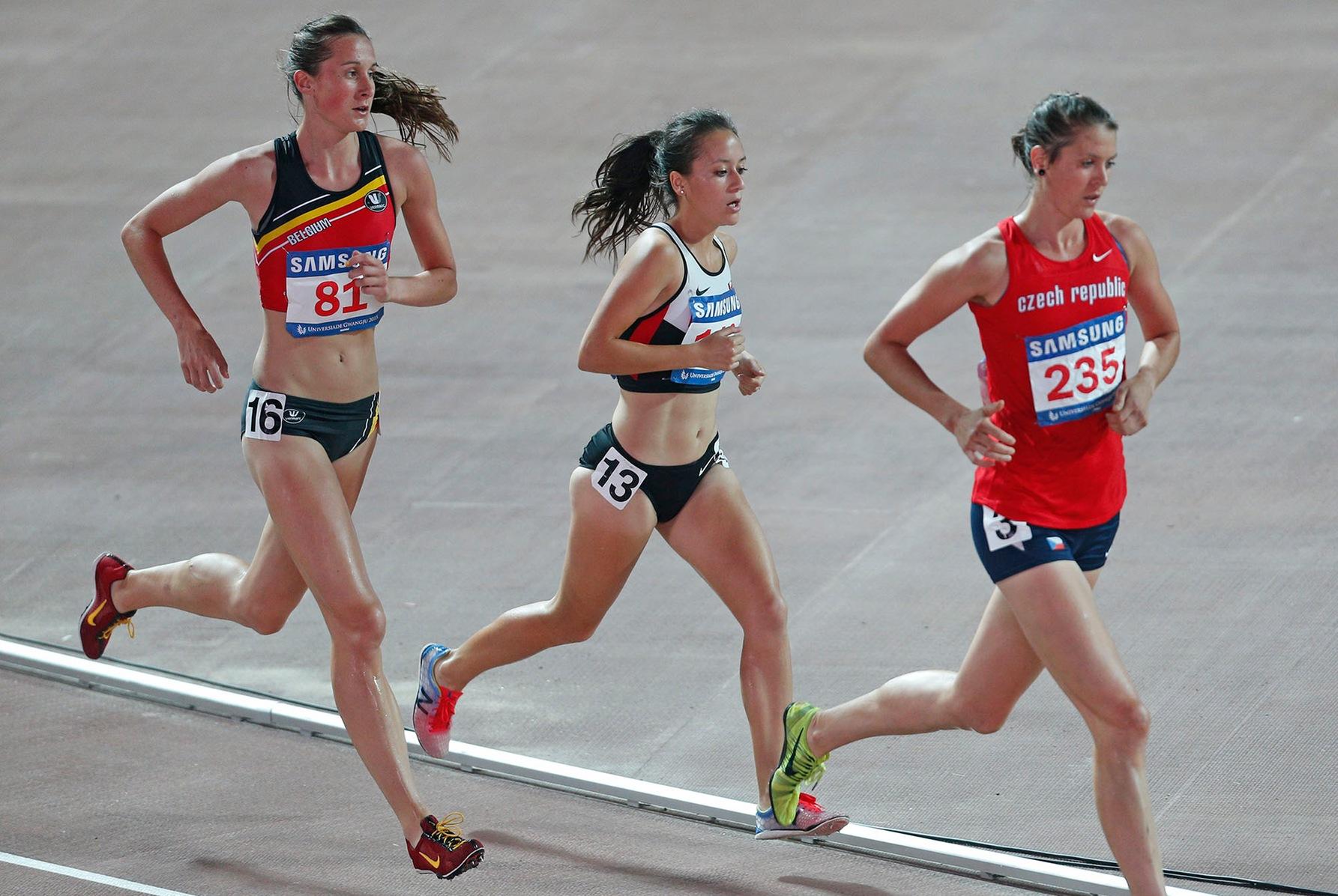 Adds Coach Bomba: “Any chance one gets to compete against a different level of competition is helpful to progression… in Regan's case the fact she gets to do it a second time (at the Universiade) means it's no longer something 'new and shiny' and she is now a veteran on the team.”

With one Universiade under her belt, a summer of consistent and committed racing, Yee is ready to prove herself at the top of her game. While the experience of travelling to Taipei City with other Canadians will never wear itself off, the South Hazelton, B.C., native means for intentional and well-planned racing.

“This year I am definitely feeling like I’ve earned it, and I can do well in this race,” says the Trinity Western veteran. “I’m here to be competitive and I’m not just here for the experience. Having that first experience at FISU, the surprise of making the team has faded away and now this year is business.”