U SPORTS announced Friday the rosters for Canada’s men’s and women’s hockey teams set to compete at the 2019 FISU Winter Universiade.

The two squads bring Canada’s total delegation heading to Krasnoyarsk, Russia to 121, joining the first five teams and 45 athletes announced last month for the Mar.2-12 World University Games. Both teams are exclusively composed of U SPORTS student-athletes and are being managed by the national office. Among the group, seven players have competed for the U SPORTS All-Stars either against Hockey Canada’s World Junior Prospects in December or the National Women’s Development Team at the annual Summer Showcase in August. Three of the seven former U SPORTS All-Stars have also suited up at a previous FISU Winter Universiade.

Behind the bench, Kevin Hamlin of the Windsor Lancers has been named head coach of the men’s team, joined by Richard Lim of the RMC Paladins, and Michael Sirant and Devin Himpe of the Manitoba Bisons as assistants.

On the women’s side, Stacey Colarossi, head coach of the Laurentian Voyageurs, returns as bench boss following two consecutive years at the helm of the U SPORTS Women’s Hockey All-Stars at the Hockey Canada Summer Showcase. Colarossi will be joined by fellow Summer Showcase staff Terry Rhindress of the Mount Allison Mounties and Greg Bowles of the Ottawa Gee-Gees. Ottawa assistant Chelsea Grills rounds out the bench staff and will serve as Team Leader.

“We have worked diligently to put together a group of athletes who we feel will positively represent all conferences across the country,” said Colarossi. “Our staff are looking forward to representing U SPORTS and Canadian university hockey.”

A total of 12 teams will vie for gold in the men’s competition, while six will compete in the women’s tournament. The Canadian men will open play on Saturday Mar. 2 12:30 a.m. ET / 9:30 p.m. PT, Friday, Mar. 1 (12:30 p.m. local time on Mar. 2) against Great Britain, with Latvia, Switzerland, Sweden, and Kazakhstan making up the rest of the group. The second group includes Hungary, Japan, Czech Republic, Slovakia, Russia and the United States. 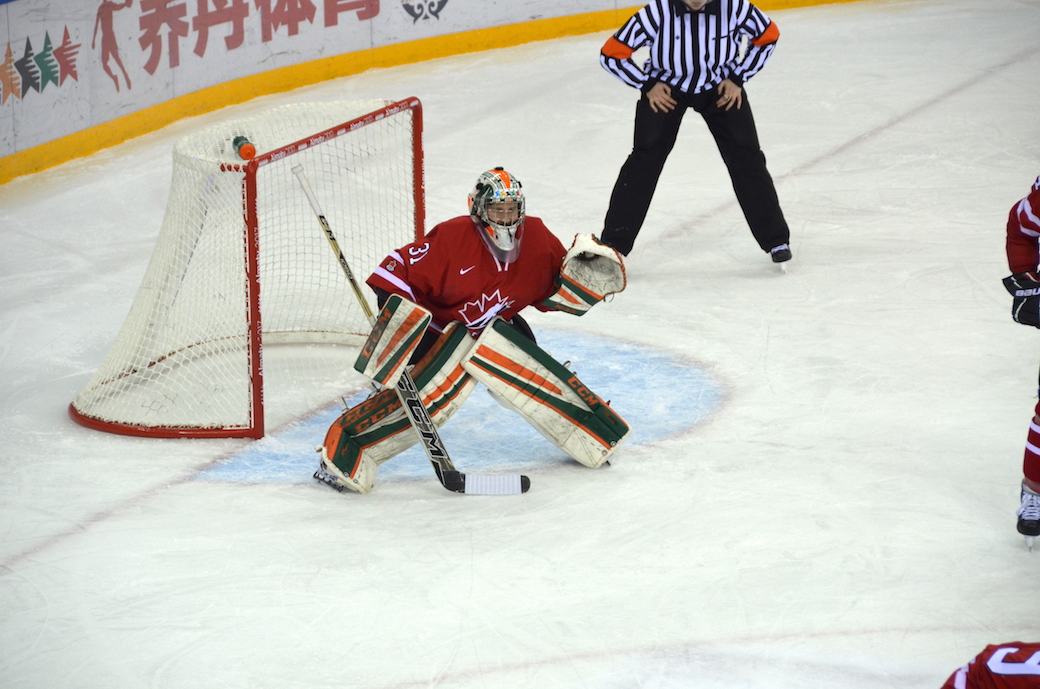 “It’s an honour to represent Canada and I’m looking forward to the experience of competing against others from around the world,” said Hamlin. “Our team is assembled with student-athletes and coaches from coast to coast. This is a once in a lifetime opportunity and I’m confident all participants will make Canada proud.”

In the women’s tournament, Canada begins its title quest against China at on Mar. 1 at 4 a.m. ET / 1 a.m. PT (4 p.m. local time), with additional games scheduled against Japan, China, Switzerland, Russia and the U.S.

Canada won three medals at the 2017 FISU Winter Universiade, including a silver medal in women’s hockey and a bronze in men’s hockey. Canada has reached the podium in 20 of 21 appearances in ice hockey overall, including seven gold medals, since a men’s team debuted in 1968 and the inaugural women’s tournament in 2009. Full Team Canada medal history at the FISU Winter Universiade is available here.

To support Team Canada through the Be a Game Changer RallyMe fundraising campaign click here.

***Faubert and Théorêt have committed for the 2019-20 season, and are currently playing for John Abbott College and Collège Champlain, respectively

Note: Former U SPORTS All-Stars Ailish Forfar and Kaitlin Willoughby have completed their U SPORTS eligibility, and play for Markham and Calgary in the CWHL, respectively

Getting to know your Team Canada 2019 FISU Winter Universiade athletes: Will Malisch, Snowboard