In women’s hockey, Canada defeated Japan by a score of 5-1 in the semi-final game and now advance to the Finals to play for gold on day nine against host Russia.

The Canadian women’s hockey team have the rematch they wanted. 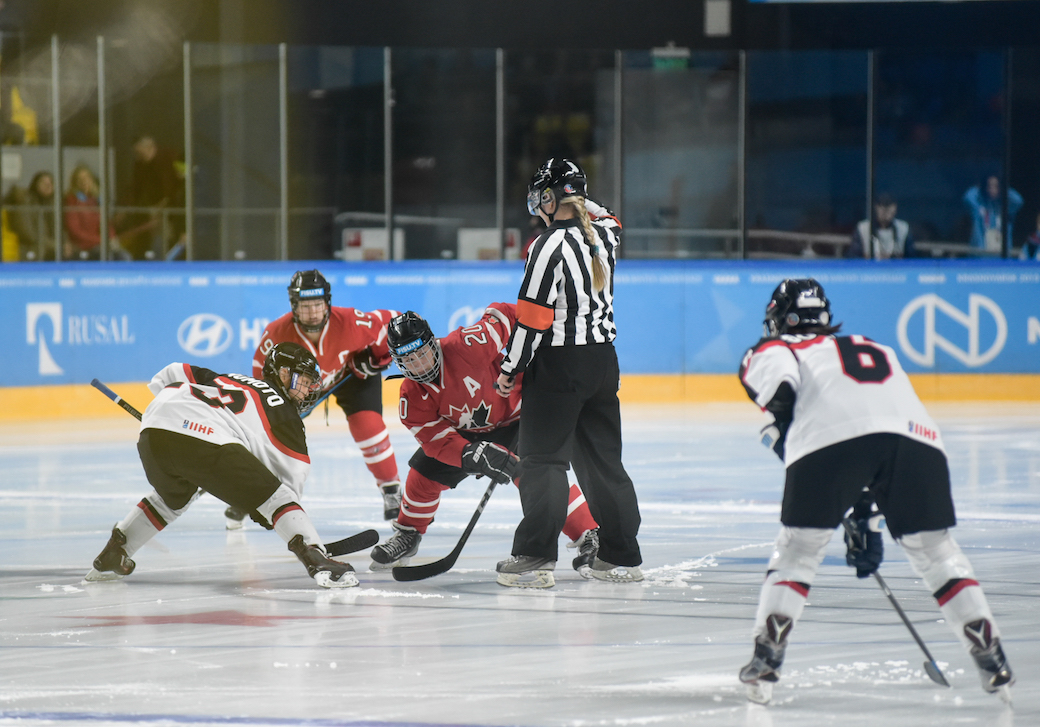 Head coach Stacey Colarossi (Laurentian) quickly talked about facing Russia one more time as they met in the round robin with Canada losing a squeaker 4-2. “We are where we want to be. We have a lot of work ahead of us to prepare for tomorrow’s gold medal game.”

The Canadians jumped the quick lead when defenceman Cassandra Labrie (Moncton; Cole Harbour, N.S.) made a nice deke move on the Japanese goalie only eight minutes in. 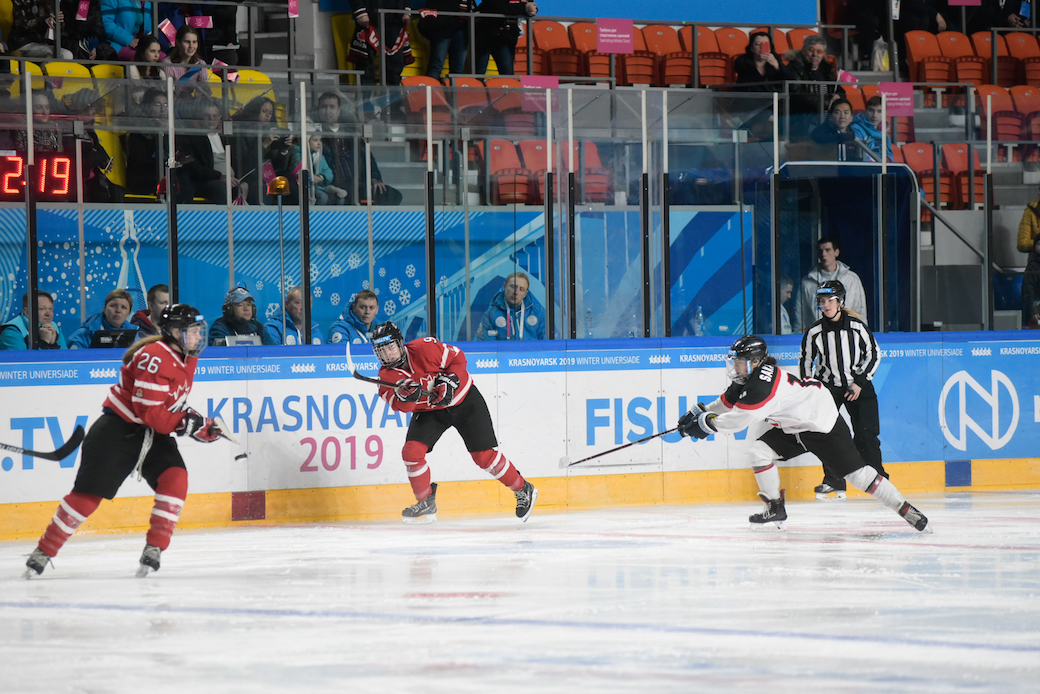 Team Canada did not let up as forward Mélodie Bouchard (Ottawa; Sept-Iles, Qué.) added another at the 12 minute mark followed up with forward Morgan McCann (Laurentian; Parkhill, Ont.) scored off a rebound from Katryne Villeneuve (Moncton; Casselman, Ont.) shot. After one, Canada 3-0.

Colarossi continued about the emphasis about the first period. “We wanted to start quick tonight. We got low puck movement right away and popped a quick goal. We came out of the gates real fast for the rest of the 20 minutes. We then tried to settle and make some adjustments over the course of the game. Obviously, this is the outcome we wanted today.”

In the middle frame, Villeneuve had her second point of the semis with an unassisted goal with a wrister from the high slot. The final 20 minutes had the shutout broken by Japan but the maple leaf squad also add one more from forward Ailish Forfar (Ryerson; Sharon, Ont.), who notched a tally when she flew down the left wing and pocketed a goal on the right side. Villeneuve added an assist for her third point of the contest.

Canada outshot Japan by a 38-20 margin. Goaltender Jessica Vance (Saskatchewan; Prince Albert, Sask.) made 19 saves in her third win so far in Russia. 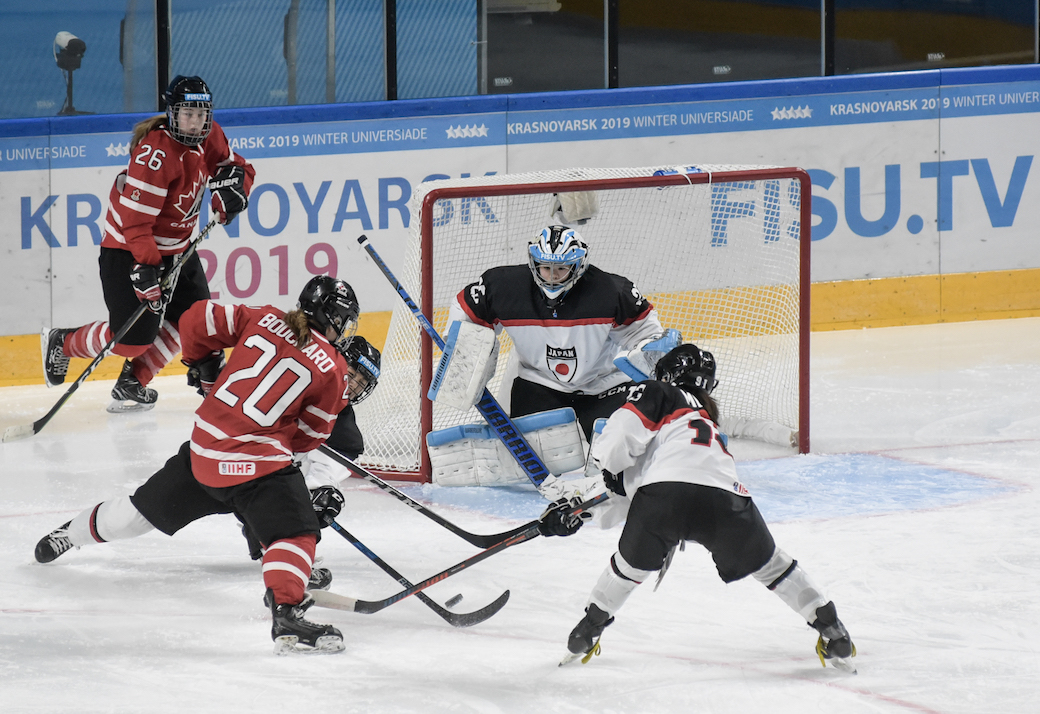 Captain Kaitlin Willoughby (Saskatchewan; Prince Albert, Sask.) described the mood heading into the Finals. “Lots of emotions. We are very excited and I couldn’t be more proud of this group going to the tomorrow’s gold medal game. “

Willoughby looked ahead to the big match-up. “Since we lost to Russia earlier, we can’t let that get into our heads as we need to go in with confidence and do the things we need to come out on top. Mental prep is big. Physically, we need to get our bodies ready tonight and we do have a longer break than they do. Hopefully that will be an advantage for us in the gold medal game.” 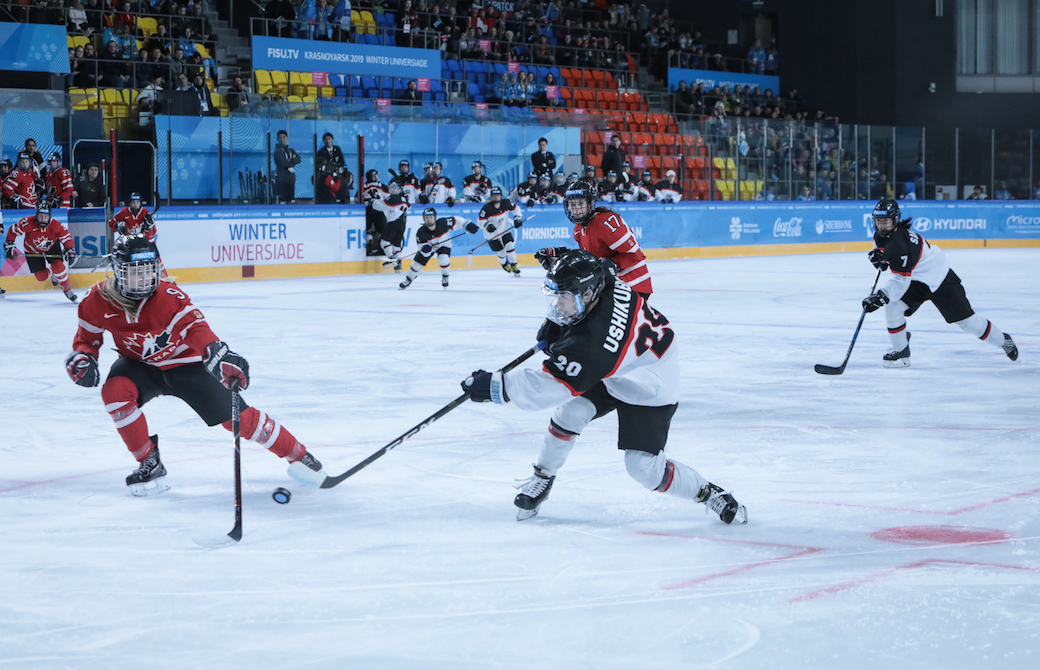