As the action picked up on Day 4 at the 29th Winter Universiade, Canada had more Top 20 performances. Alexander Maycock (Nipissing; Orangeville, Ont.) stood out as he skied to a fantastic 19th place result in a field of 83 in men’s cross country individual sprint. His result advanced him to the quarter-finals against a tough field. In addition, Corey Farber (Western; Richmond Hill, Ont.) finished 14th in men’s snowboard parallel slalom race plus Richard Moss (Guelph; Toronto, Ont.) was 15th in the same event.

The young squad of three 18 years old and one 19 year competed against some World Cup biathletes. Pottie talked about her experience so far in Russia, “It felt very fast and the skiing was really good. I am definitely one of the young athletes here and really happy to race against this field.”

On the men’s side, Matthew Hudec (Regina; North Battleford, Sask.) had the highest Canadian finish with his 23rd placing while Mathis Roth (Volkshochschule Ulm; Chelsea, Que.) ended up in 34th position in the men’s 10 km sprint

Hudec commented after his race, “I’ve been battling a head cold this week but definitely worked hard and my prone went well today.” 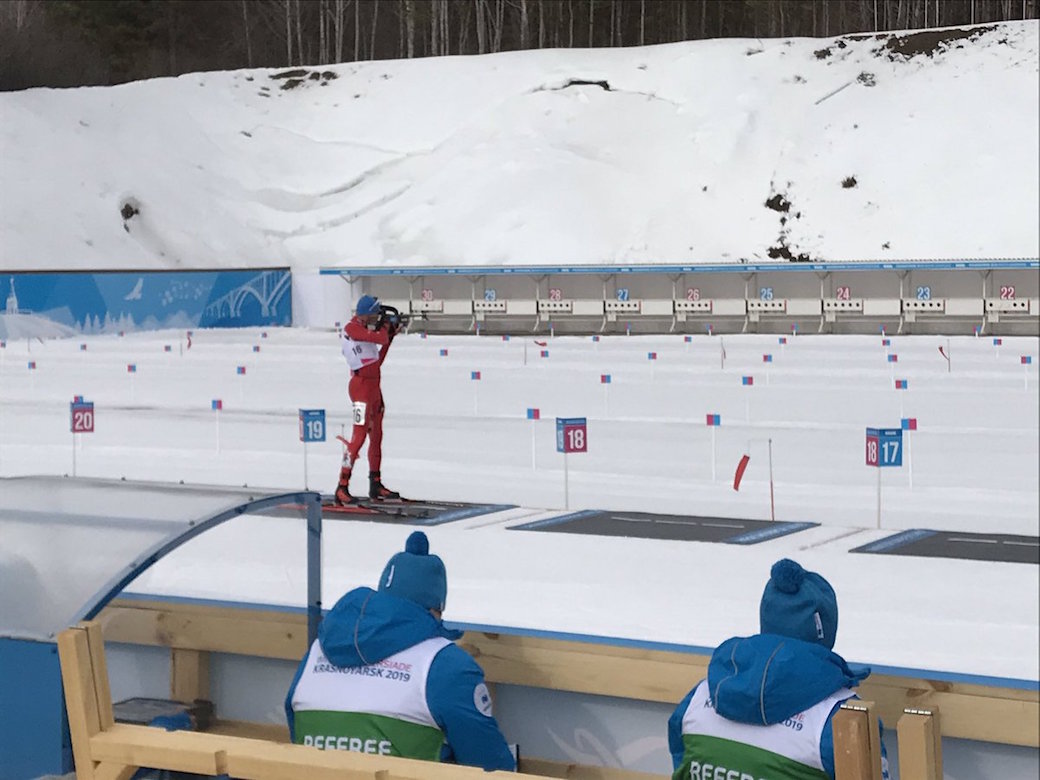 At Raduga Cluster, both cross country skiing teams were back on the course and had another ideal weather day for skiing. The women’s team had as strong finish by Top Canadian Alex Slobodian (Carleton; Stittsville, Ont.) who finished in 36th in the individual sprint (1.1 km) in a field of 69. Next, was Ember Large (MacEwan; Edmonton, Alta.) in 42nd and followed by Marianne Scherrer (Laval; Quebec City, Que.) ended up 45th. Katherine Denis (Ottawa; New Liskeard, Ont.) in 48th spot while Camille Hamm (Lakehead; Thunder Bay, Ont.) in 53rd and then Freya Hik (Alberta; Toronto, Ont.) was 54th spot. 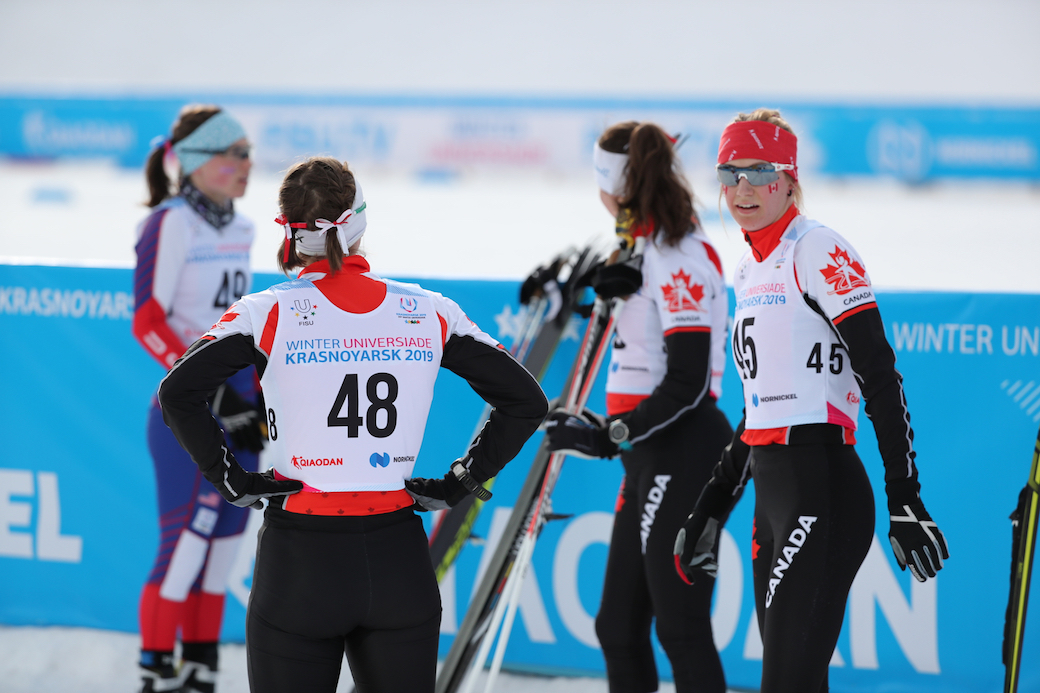 For the men’s in the individual sprint (1.3 km), the big news was Alexander Maycock with his Top 20 performance. He advanced to the quarter-final round where he finished sixth in his heat.

Maycock commented afterwards, “I was super happy with the day and my results. It was great racing, great skis and just a great day overall.“

At the Sopka Cluster, the Canadian snowboard team raced to two Top 16 results as Corey Farber and Richard Moss continued to competed against some of their idols and legends in the men’s parallel slalom. Farber was top Canuck in a 14th showing while Moss finished in 15th against an International and championship field.

Farber, who has both parents and sister in Russia to cheer live, raced against Russia's Dmitry Loginov, who just won the 2019 snowboard world championships. The day before, Moss raced against Loginov in the parallel giant slalom.

Farber talked about his runs against the champ, “It was definitely a tough race but I think my first run, I went right with him. My second run, you can’t keep up with him but I was really happy overall with my experience today. I hope to be back at the Universiade in two years.”