Canadian student-athletes are continuing to push themselves in order to prove that they have what it takes to represent Team Canada at the 30th FISU Summer Universiade.

Although participation in the event most certainly requires student-athletes to be elite in their respective sport, those selected must also have the financial means to pay for their transportation, accommodations and registration costs.

“As students in the first place, they don’t necessarily have full-time jobs or even part-time jobs to support themselves while they are going to school. So having to think about trying to find funds to be able to participate in an international competition just kind of adds to that stress of performing well in school, performing well in their sport, and being a student-athlete all together.”

With this in mind, the U SPORTS International Program is once again turning to Canadians to show their support for Team Canada by donating to RallyMe, after previously using the platform for the U SPORTS Women’s Hockey All-Star Team, the Canadian Women’s Futsal Team that competed at the 2018 World University Championship and the 2019 FISU Winter Universiade

“The RallyMe campaign is called (Be A) Game Changer,” says Thomasos. “It (is) a crowdfunding campaign to try to generate fundraising for the FISU Summer Universiade taking place in Naples, Italy in July.”

“The Universiades aren’t only just international competitions for student-athletes,” says Thomasos. “National Sport Organizations here in Canada, have aligned the competition as a test event or qualifying event to get to the Olympics and other international games as well.”

In recent years, this connection between U SPORTS, the FISU Universiade and the Olympics has been ever more apparent.  At the 2018 PyeongChang Olympics, 62 members of Team Canada either competed for or attended a U SPORTS institution, while Olympians Marc Kennedy, Keri Morrison and Neville Wright also participated in a past FISU Winter Universiade.

The importance of competing in a FISU Universiade in order to reach the Olympics for a U SPORTS student-athlete also rings true for summer sports. Just ask Kylie Masse, who a year after capturing Gold in the 100m backstroke at the 2015 FISU Summer Universiade in South Korea, competed in her first Olympics the following year, earning a bronze medal in the same event.

Due to the high level of competition that Canadian student-athletes face at these FISU Universiades, their focus must be squarely on their athletic preparation, and not on worrying about finances.

“This is what keeps high-performance athletes up at night. It’s an expensive business to be a high-performance athlete and this is one singular event that alone is going to cost them $5,000-$6,000. Let alone, all the investment they’re going to make in the months and even years leading up to that. To be able to take away that (financial) stress from these athletes and allow them to have a greater focus on preparation and performance is huge going into a games like this.”

While rosters have yet to be announced, by showing your support you will ensure that Canada’s best student-athletes and future leaders, do not forfeit a once in a lifetime opportunity to represent Canada  because of financial obstacles.

“Be the Game Changer that moves them forward towards that potential Olympic performance.”

You can show your support for Team Canada by donating here. 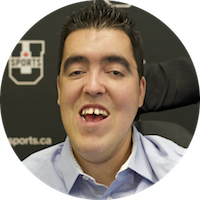 Matt is a fourth-year Radio & Television Arts: Sport Media student at Ryerson University. His experience includes writing a wide variety of sports reporting for The Eyeopener, Ryerson’s campus newspaper, and for several online outlets. Matt served as the Communications Intern at U SPORTS during the summer of 2018.