Canada’s hopes for a medal in the 2019 Summer Universiade men’s basketball tournament were dashed Monday night with a razor-thin 82-80 defeat at the hands of Ukraine at PalaDelMauro in the quarter-final round.

Canada (3-1) will play Argentina Tuesday, looking to advance to the fifth-place game at the biennial Games hosted by Naples and the Campania region of southern Italy.

The Canadians let the game slip away in the third quarter, after a solid start and found themselves down as many as 15 midway through the fourth quarter. Canada made an inspired comeback bid and cut the deficit all the way to just two, but that’s where it ended as Ukraine was able to pull out the victory and advance to the semifinal, where they will play Australia

“It’s international basketball, and you have to be ready for everything,” said Canadian head coach Shawn Swords. “Basically, in the third quarter our energy was really low, and that’s usually a good quarter for us. They put us on our heels right off the bat in that quarter, but we did a good job rallying and getting back into it.

“Guys stayed with it, down 14 or 15 there in the fourth and nobody on the bench thought it was over. We almost got them tight enough, and if we had an extra minute there, maybe it would have gone the other way.”

Canadian flag bearer Kadre Gray took over the game in the fourth quarter, scoring 15 of his 24 points in the final frame to spark the comeback bid. It was his best individual performance of the tournament, but the other side had a stud too in Ukraine’s Serhii Pavlov. Pavlov caused no end of problems to the Canadian defence all night, going 11-for-11 from the free throw line and pacing Ukraine with 31 points. 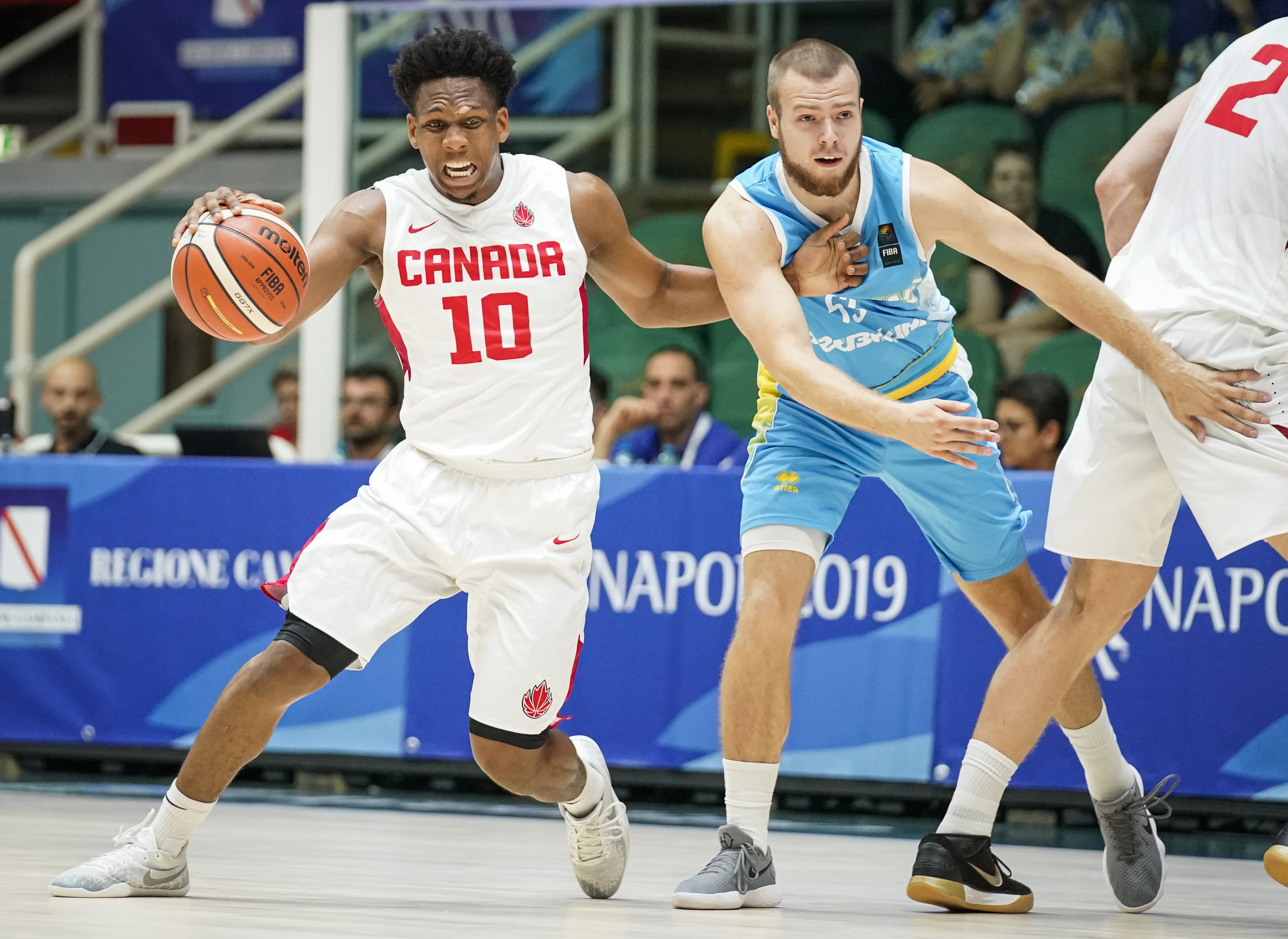 The Canadians jumped out to a five-point lead after the first quarter, and held that same five-point advantage heading into the third. But Ukraine started the third quarter on a 13-2 run, turning the tables and putting the pressure on Canada, while winning the frame 27-13. Canada managed to put up 30 points in the fourth but fell one basket short.

Alex Kappos had a big night off the bench for Canada, hitting a trio of clutch threes to finish with 13 points. Mambi Diawara was the only other Canadian in double digits with 11 points, while Brody Clarke scored eight and hauled down 10 rebounds.