Canada’s men’s basketball entry got off on the right foot at the 30th Summer Universiade Thursday night, dropping host Italy 96-70 at Palasport Del Mauro in Avellino.

The Canadians also had a strong day in both diving and swimming, while women’s basketball, men’s artistic gymnastics, fencing and table tennis were all in action on Day 1 of competition. 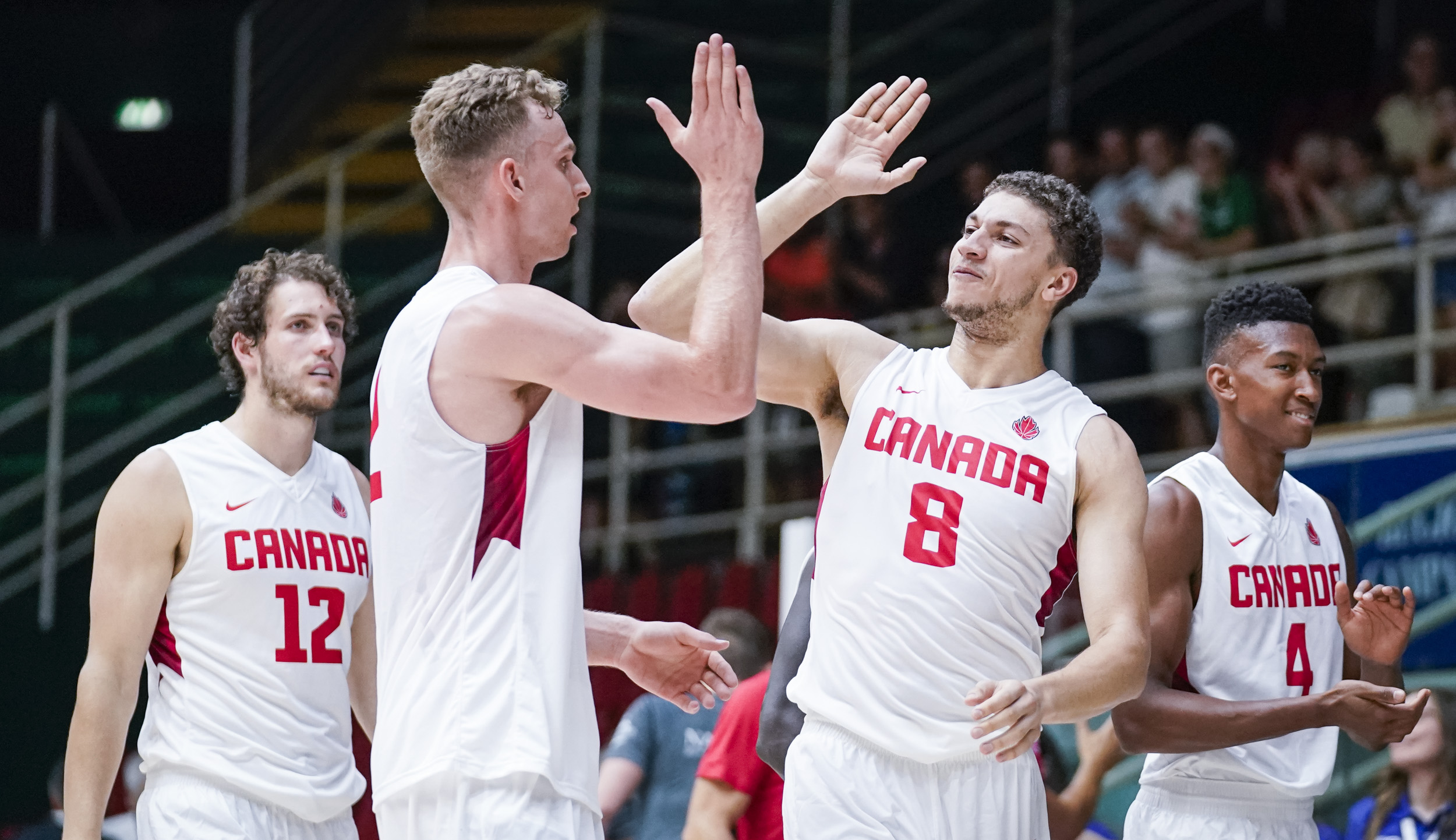 At Avellino, it was a night that featured a little bit of everything: big runs on both sides, a hostile crowd, a near-comeback, and finally a Canadian victory.

“I’m pleased with the way they played,” said Shawn Swords, the Canadian head coach. “We knew they would make a few runs based on the energy of the crowd, and they certainly did, and I liked the way our guys handled it. We were able to execute offensively and really execute some possessions defensively during those tough times.

With a partisan crowd behind the azure-clad home side, Italy stormed back in the late stages of the third quarter and early in the fourth. A lead that had been as high as 23 was cut down to just six at 71-65 early in the fourth quarter, but Canada found another gear when the heat was on. The team of U SPORTS stars embarked on a 21-0 run, quieting the crowd and taking the win to improve to 1-0 in Group D action.

Carleton’s Munis Tutu was Canada’s leading scorer with 19 points, picking up 10 rebounds for the double-double. 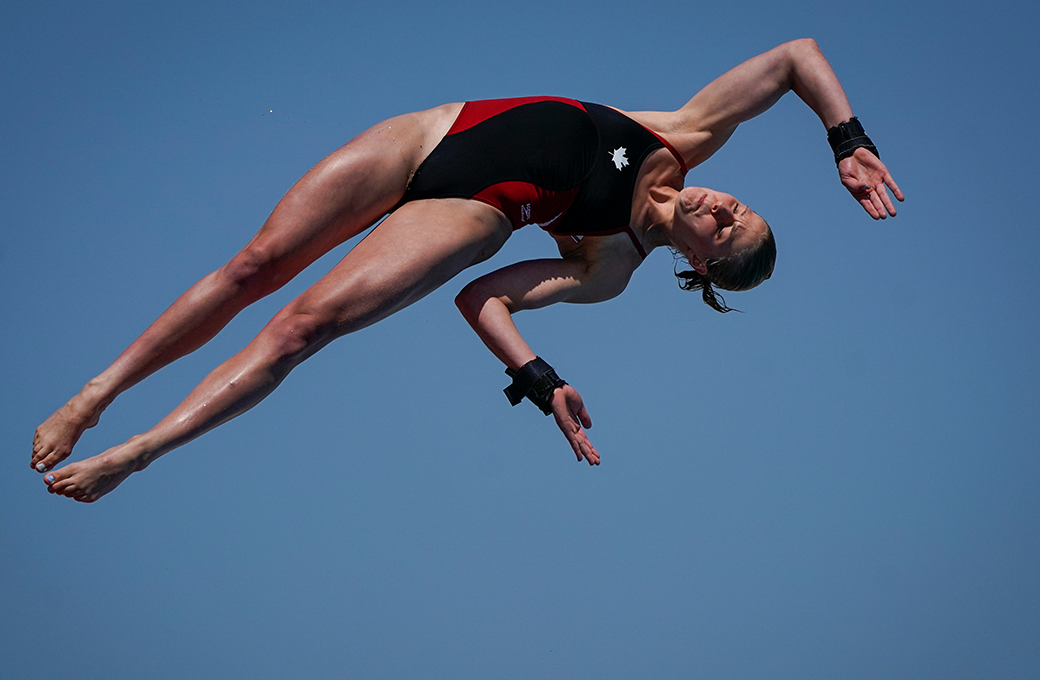 At Naples, Elena Dick fell just short of the podium, finishing fourth in the women’s 10 m platform. The University of Toronto kinesiology student registered an overall score of 291.00 points, just 3.80 shy of Great Britain’s Gemma McArthur. After a tough fourth attempt, Dick bounced back with a session-high 65.60-point dive, but it did not prove to be enough for a medal.

After qualifying second in the morning’s semifinal session, Peter Mai of Montreal, Que., placed seventh in the 3 m springboard final. The Ahunstic College student accumulated a score of 377.45.

‘’It didn’t go as I had hoped,’’ said Dick. ‘’I ended up missing my inward dive which was frustrating but my front three and half continued to be consistent. It has come a long way since the start of the season. Overall a bunch of little mistakes ended up making a big difference.’’

Mia Vallée rounded out Thursday’s results with a seventh-place finish in the women’s 1 m springboard final. The Collège de Maisonneuve student scored 220.65 points in a competition that was topped by a pair of Chinese athletes.

"It was a good day, with three divers in the finals; now we must do what is necessary to get the medals that we want,” said Canada’s head coach Stéphane Lapointe.

At Naples, Rio 2016 Olympic bronze medalist Kennedy Goss made a splash for Canada on Day 1 of swimming at Scandone Swimming Pool.

“I think we did pretty well,” said Goss, who swims for the University of Indiana. “It’s a pretty young team. We have two girls who have just moved up to the senior level so them getting the international experience is great for next year. I think it’s a really young team and they’re going to do great going forward.”

Earlier in the night, Goss also qualified for Friday’s 200 m backstroke final, touching the wall in 2:12.74 to hold the seventh fastest time out of the semifinals. Olivia Ellard of the UBC Thunderbirds will swim in the B final after registering a time of 2:14.74.

On the men’s side, University of Calgary standout Rob Hill advanced to Friday’s 100 m backstroke B final with a time of 55.74 in the semifinals. 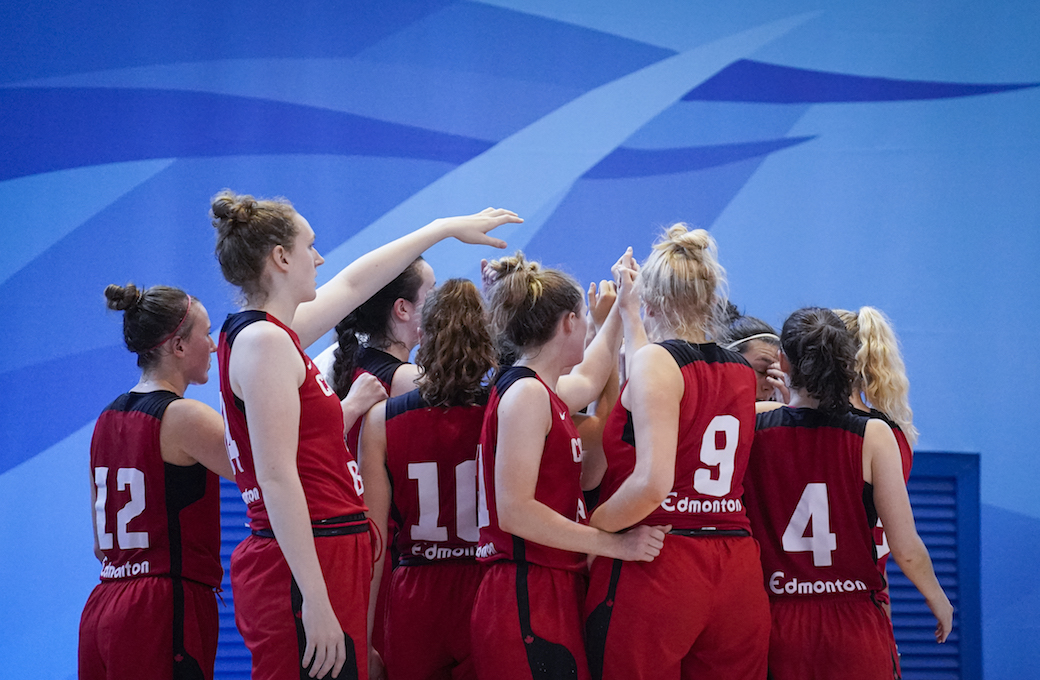 At Avellino, the Canadian women dropped their second game in as many days, falling 85-51 to Australia at Palasport Del Mauro.

The two losses relegate Canada to play in the consolation bracket, which will follow their last preliminary game Friday against Finland.

“We are building up and getting better and better as we go,” said Canadian forward Hannah Brown, whose 13 points led the way for Canada. “I’m proud offensively – we weren’t executing in spots, but toward the second half and near the end of the game we were able to produce what we wanted and do the things we wanted to do.” 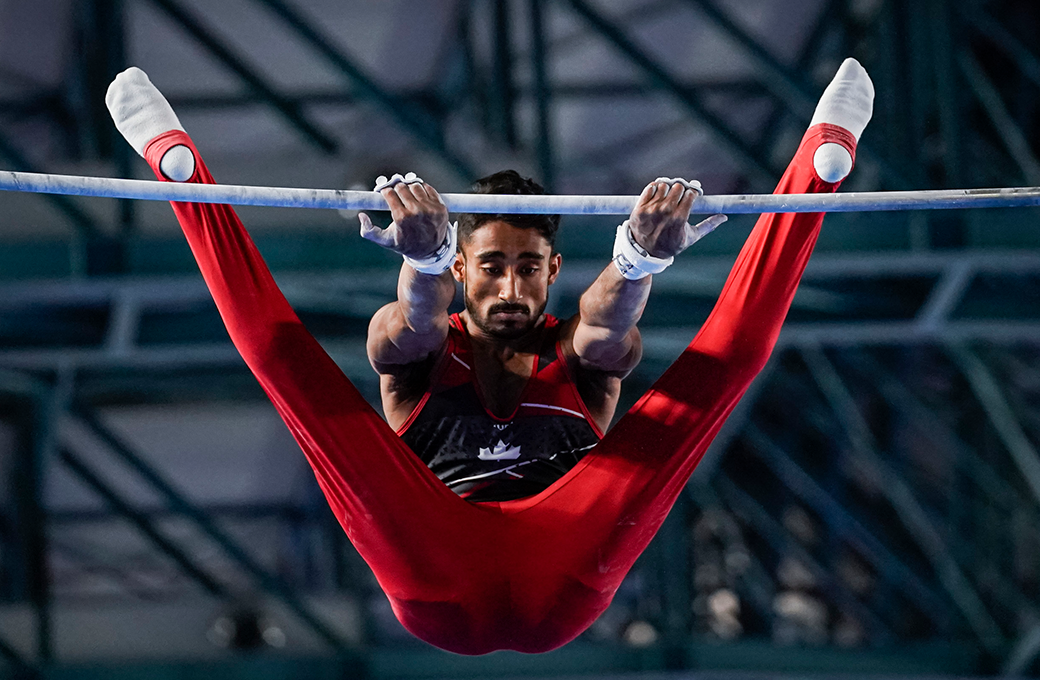 At Naples, Jeremy Bartholomeusz, Jacob Bonnay and Damien Cachia opened their competition in Naples by finishing seventh overall in the men’s team competition with a combined team score of 156.250 points.

Individually, Bonnay qualified for the men’s pommel horse final, ranking eighth with a score of 13.400, while Bartholomeusz finished just outside of qualification in ninth with a 13.350.

At Baronissi, Tamara Booy led Canada’s fencing tea by reaching the Round of 64 and placing 47th overall in the women’s épée event, while Philip Pitura was the lone male in action and finished 49th in the men’s sabre competition.

The competition continues Friday with the individual men’s épée and women’s foil events.

At Monterusciello, Canada opened up round robin action with three 3-0 losses in the men’s and women’s team table tennis events. Jacie Liu, Vida Sieu and Alayna Chan fell to Romania, while Chan, Sieu and Justina Yeung lost to Poland.

Bryan Ho, Matthew Lehmann and Angelo Au fell to Chinese Tapipei in the lone men’s match of the day.