As the women’s soccer team from University of Ottawa made their way up Mount Qingyuan early on Friday morning, they had much to pray for in front of the thousand-year-old stone carving of Lao-Tze, founding father and deity of Taoism.

A day ahead of playing the University World Cup grand finale against Paulista University of Brazil, the Canadians took a short trip to this historic and religious spot just on the outskirts of Jinjiang. The ancient site has many Taoist and Buddhist stone sculptures, hundreds of religious stone inscriptions and the largest stone statue of Lao-Tze in China, which dates back to the Song Dynasty. 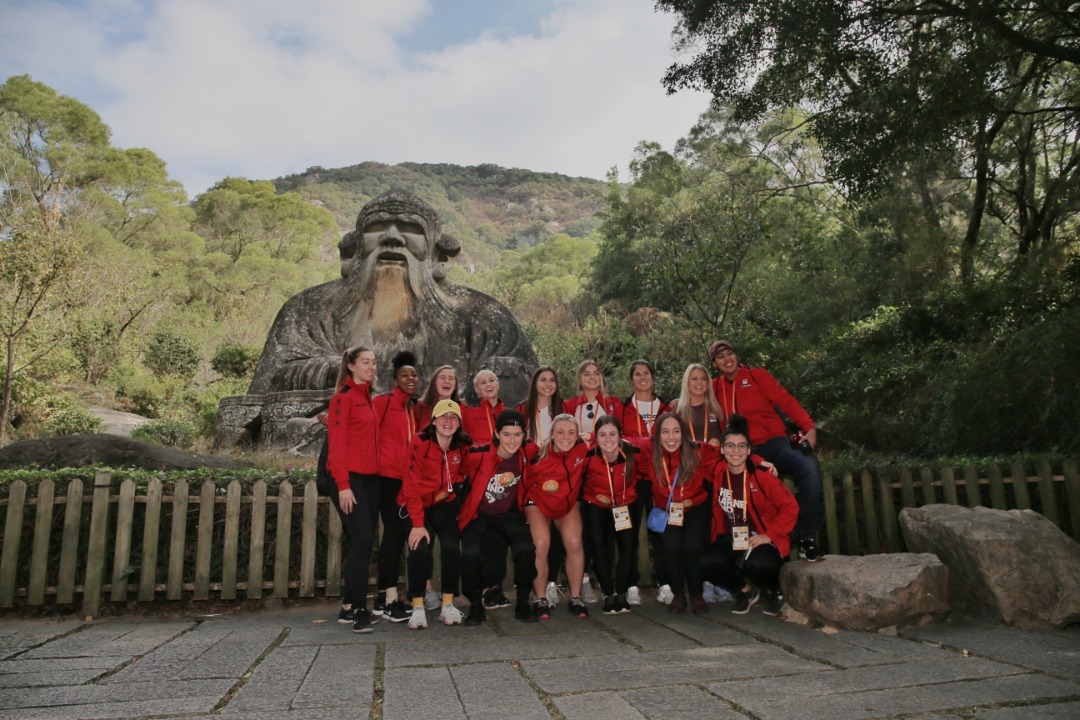 The firebrands from Ottawa, known as the Gee-Gees, have seared their way through the draw here at the inaugural University World Cup; undefeated in group play and coming through 5-3 on penalties in the semifinal against Beijing Normal University. Hugely popular with local crowds and other teams alike, the Canadians have impressed all with their power-packed play and big personalities.

But perhaps their most impressive aspect has remained undiscovered throughout these two weeks here in Jinjiang. Even as they’ve managed their frenetic schedules with matches every alternate day and trainings in between, the women have been studying as furiously as they’ve been playing soccer. 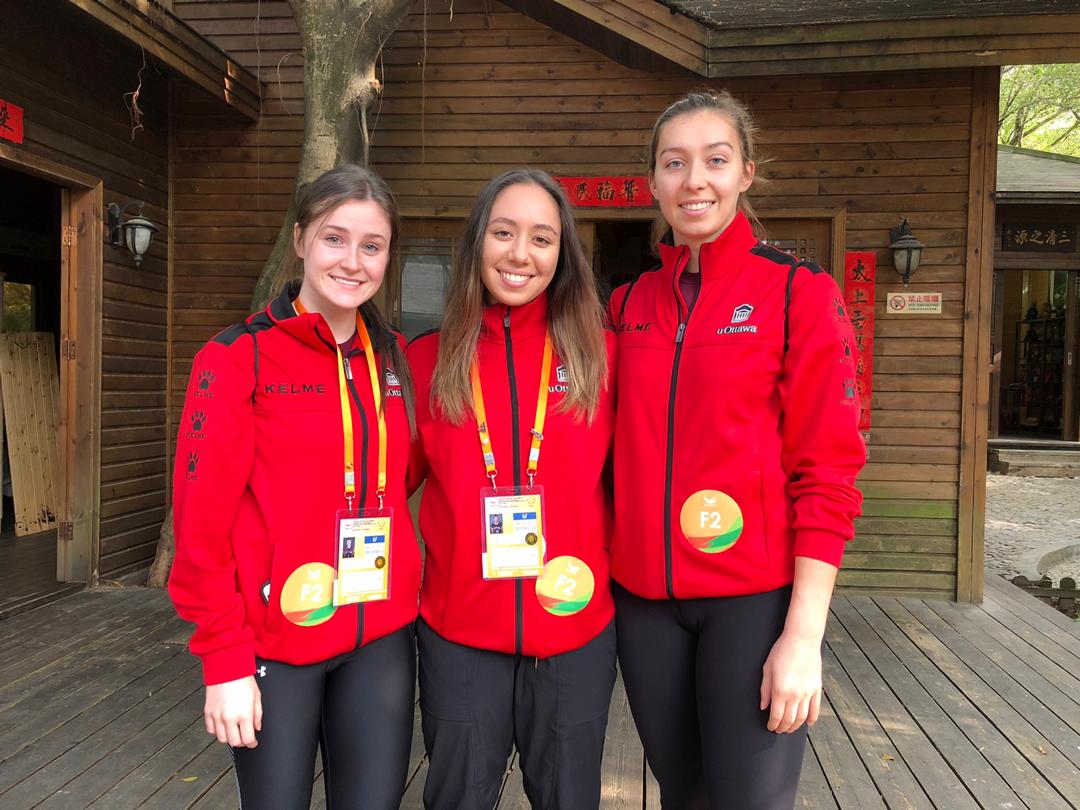 “We have been trying to balance school and soccer while we’ve been here,” explains goalkeeper Margot Shore, the undisputed star of the semifinal against Beijing. It was her block of Beijing's second penalty kick that won them the match and the place in the final.

“We get back home on Dec. 3 and most of us start our exams on Dec. 5,” says the fifth year civil engineering student. “So, we are all trying to keep up with our schoolwork, along with focusing on our matches. We don’t want to have too much work to do when we get back! One of us has even taken a mid-term exam while we’ve been here.”

She is referring to midfielder Adriane Devlin who has also been instrumental in their wins. Devlin, a first-year biomedical sciences student, wrote an exam from her hotel room a couple of days ago.

“It was my chemistry mid-term and I just felt like I needed to get it done,” laughs Devlin. “It wasn’t easy though. I had to get permission to have Danika Smith (Head of Delegation) to be a proctor for my exam.”

“Many professors don't feel comfortable about students taking exams outside the classroom but mine agreed. So, they sent the exam here, we printed it out and then I had to sit in the hotel room and write it!”

“But everyone else was studying too because we all have exams as soon as we’re back,” adds Devlin quickly making it quite clear she’s not alone.

“When we go back, I have five exams to take in five days,” exclaims defender Trinity Esprit, who studies sociology. “So, I have a lot to do when I get back. That’s why I’m trying to study as much as I can right now.”

It is much the same for most of them.

“It’s school season and exam season and we have to of course focus on our soccer, so it’s been hard. Hard to get out, to take time off and explore as much of China as we’d like to,” quips Thea Nour, a fourth-year mechanical engineering student. 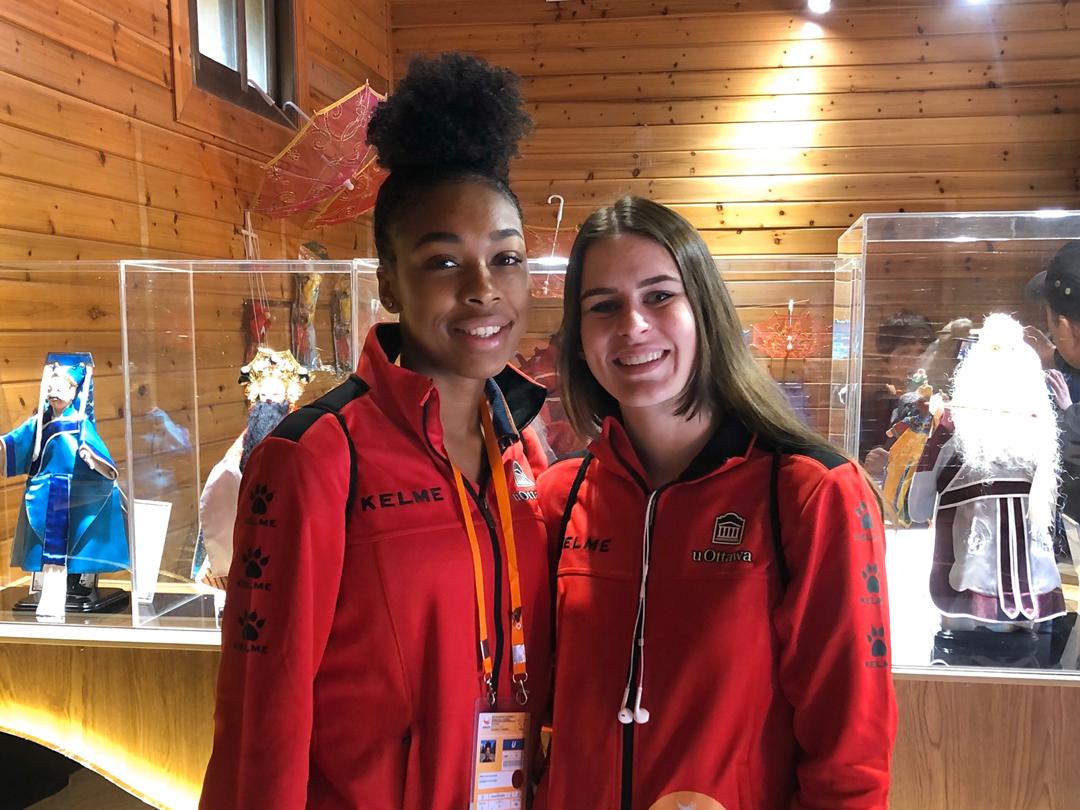 They all agree that they would have loved more opportunities to explore Jinjiang and its surroundings, but balancing football and academics has made that difficult.

“It’s really nice to come out here today, to see this statue that is a thousand years old,” continues Nour. “Also the setting, because it’s always nice to see nature. We’re mostly in the city, so I like it that we came out and saw a bit of green.” 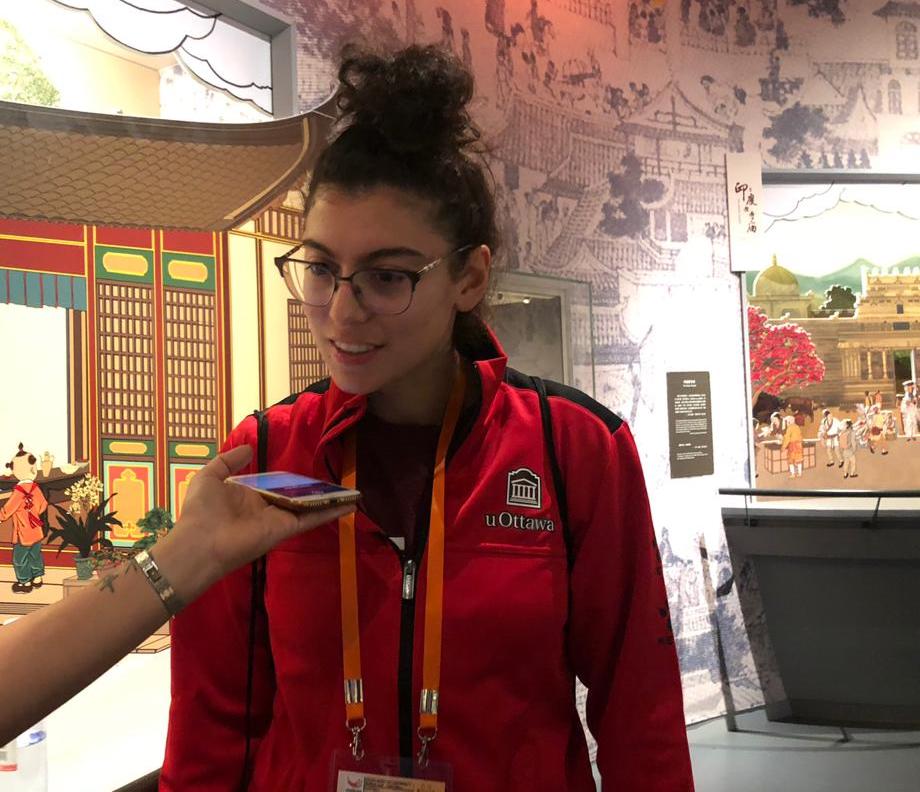 “This is really very nice. We finally got to go out and do something different for a change. I’ve never been to China before, so it’s something completely different and new for me.”

The entire experience of the University World Cup has been an eye opener they say, despite the limited outings and tours. There was much to learn and absorb just on field and at the team hotel, through interaction with others. 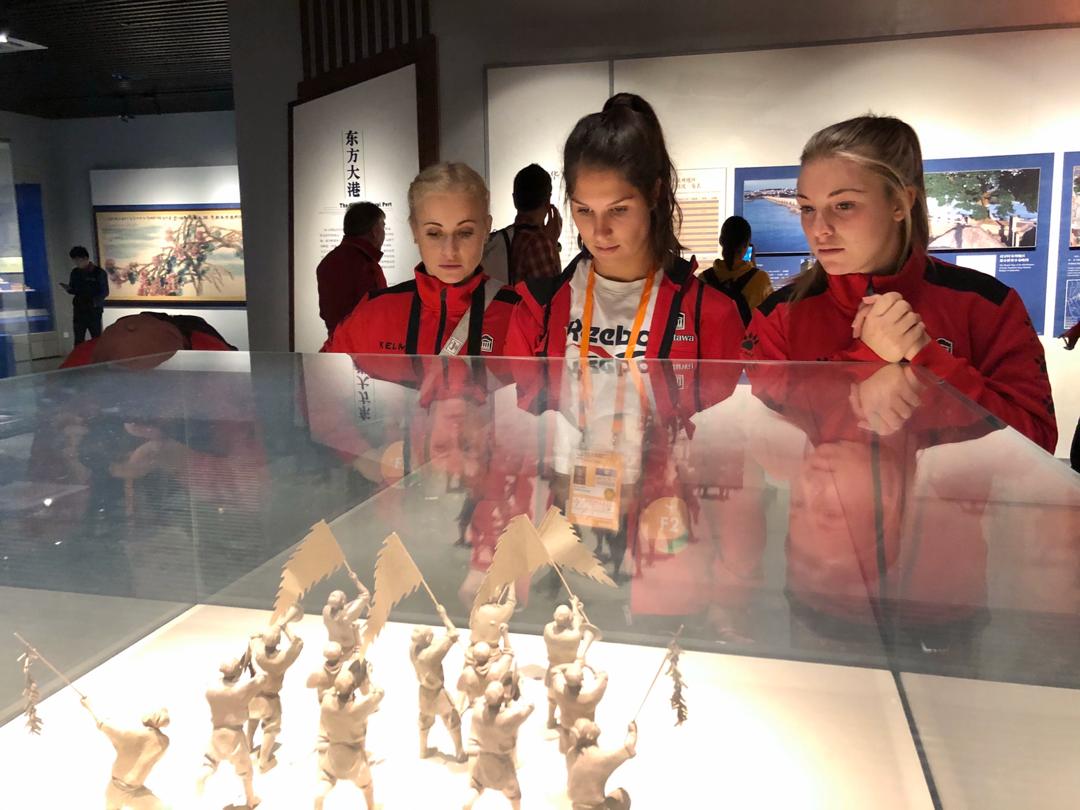 “I really enjoy interacting with the other teams and learning about the other cultures,” says Nour. “I talk to them and find out how life is in their country.”

"The differences and the language barrier make the exchanges even funnier. It’s been an amazing experience and I’m so happy to have also made the final with this team, which is like one big family.”

Looking ahead to the final, Shore says, “We know the Brazilians are really good opponents and it’s going to be a good challenge for us."

"The semifinal against Beijing was a good test and now, against Paulista who are undefeated and have barely conceded any goals, it’s going to be exciting and challenging.”

So, are the books being kept away for a day at least?

“Not really! We are trying to fit in the studying anywhere we can!” laughs Devlin. “Yes, it is a little stressful, but finding the balance between soccer and academics is always very important to us.”

Considering the fact that Taoist philosophy emphasises living in harmony and balance, the Gee-Gees were probably at the right spot on Friday morning, to seek just the blessings they need.