The men will certainly add a 13th on Sunday, as they qualified for the final by beating Kazakhstan in their semifinal matchup. Shilo Rousseau completed her dream week in biathlon, and the short track speed skaters had bad luck in the relays. 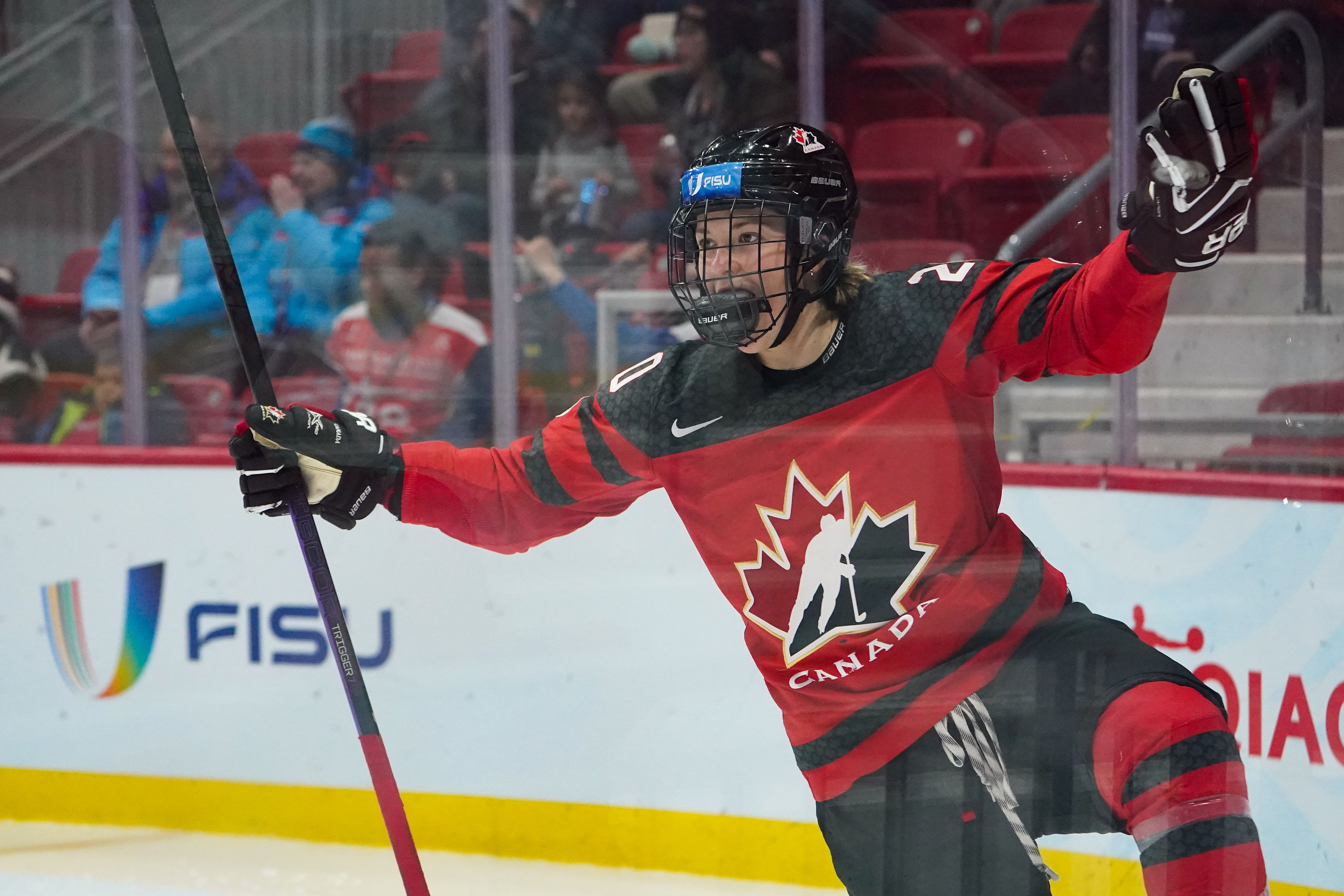 For the first time in a decade, Canada is golden in women’s hockey at the FISU Games. Completing a run of absolute dominance, Canada topped Japan 5-0 on Saturday, concluding the tournament with a stunning 42 goals for and just three against in seven games (read full story here).

UNB’s Kendra Woodland earned the shutout, concluding an incredible tournament that saw her stop 63 of the 64 shots she faced, good for a .984 save percentage.

It was Canada’s first gold medal at the FISU Games since Trentino 2013. 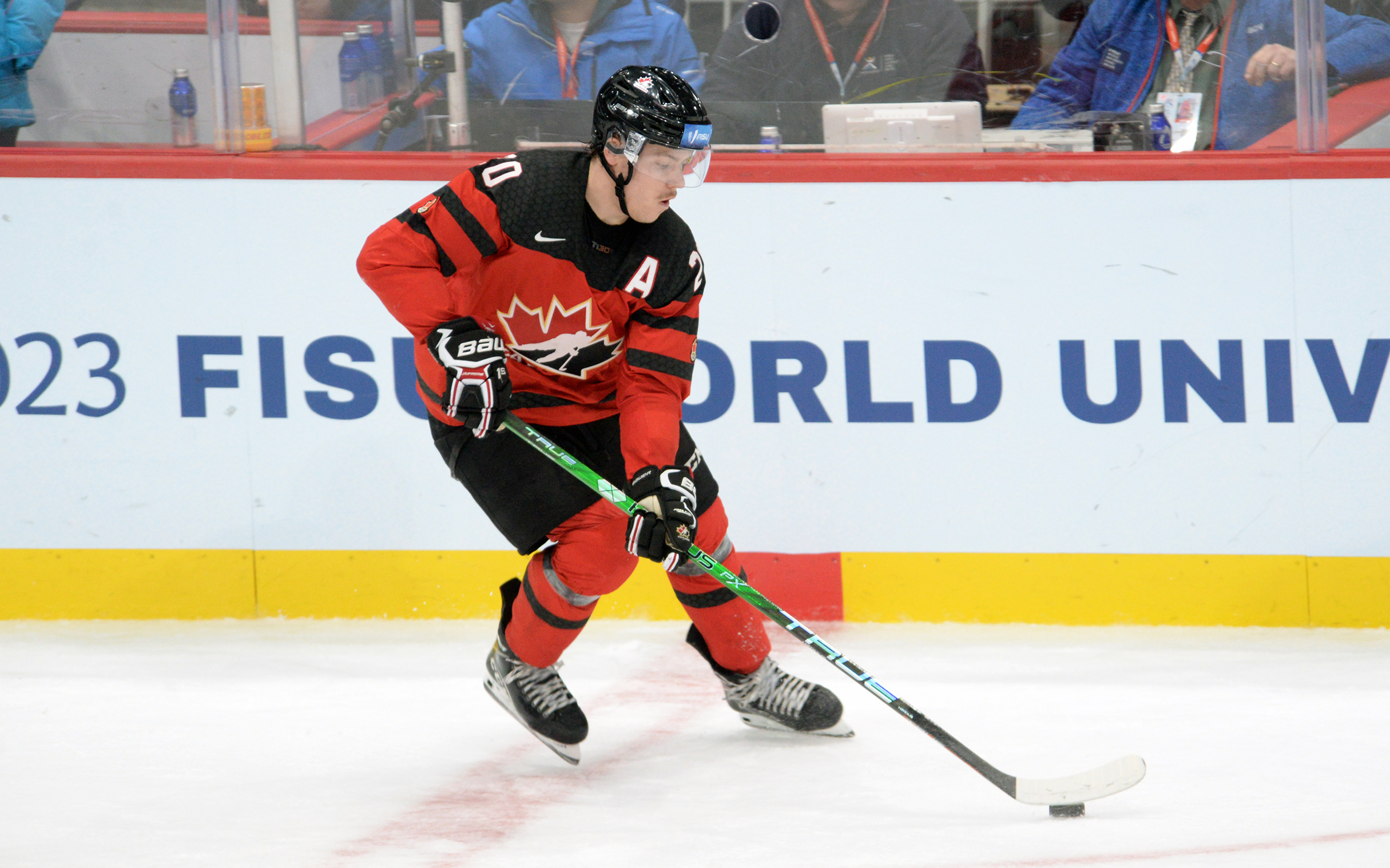 Canada will take on the United States, who beat Japan 4-3 in overtime in the other semifinal, Sunday at 5:10 p.m. EST at Lake Placid’s Herb Brooks Arena. The game will be available to Canadian viewers on TSN2. 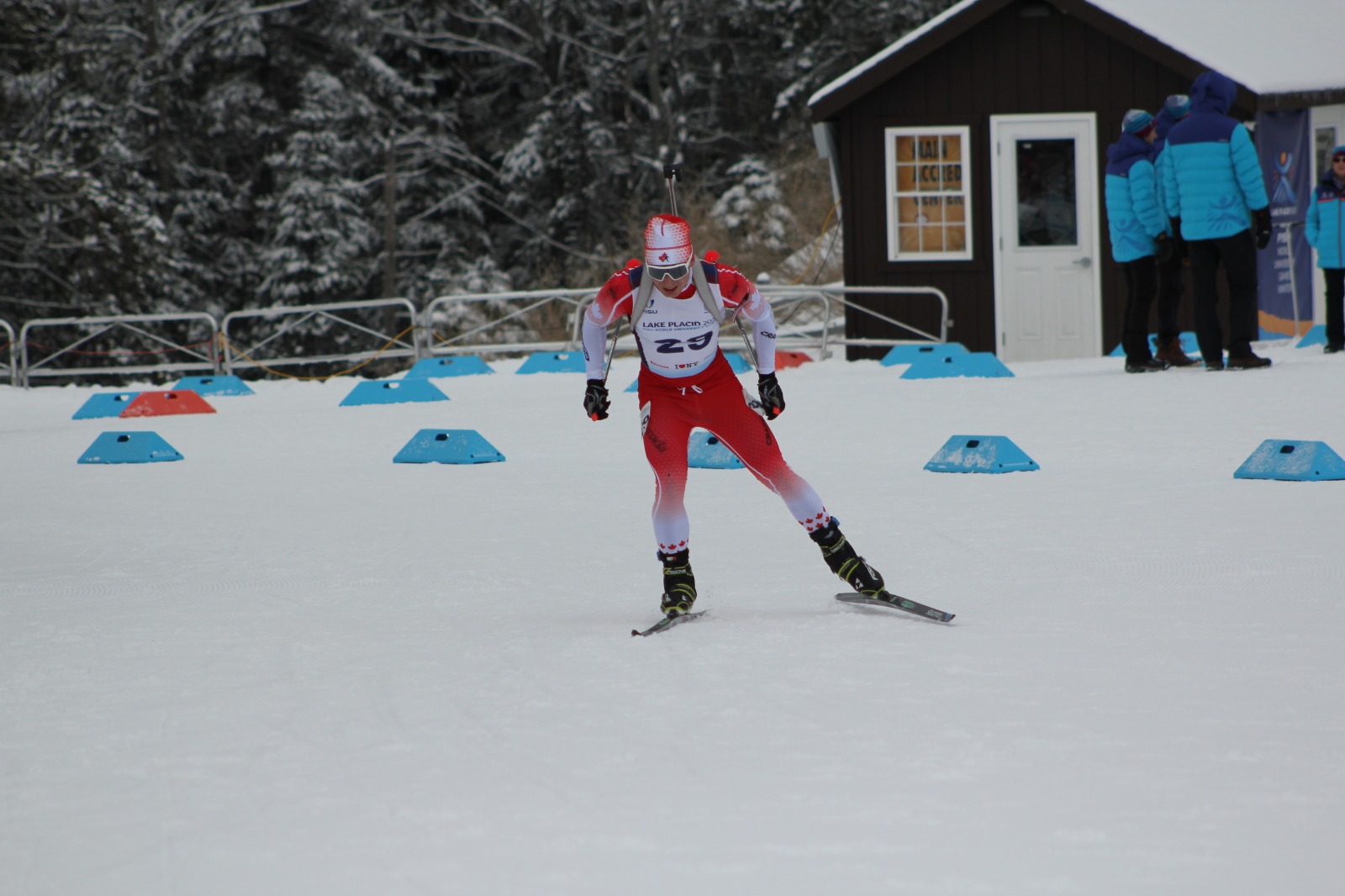 The mass start was on the schedule today, as the last event of these FISU Games in biathlon.

In the women’s 12.5km, all eyes were on Shilo Rousseau (Ottawa), after her historical performances this week.

It looked promising early, as Rousseau came out of the range clean on her first lap to take the first-place spot. On her second prone and first standing round, she missed two of her five shots on each and lost the lead. Her skiing wasn’t enough to get her back in medal contention, but she finished 54.7 seconds back of the gold medal, in 6th place.

Zoe Pekos had a solid race, moving from her starting place of 17th up to 13th overall. The University of Ottawa student shot 16/20 from the range.

On the men’s side in the 15km, our top Canadians, Zachary Demers (Cégep Garneau), Simon Gauthier (Laval), and Will Moineau (Cégep de Lévis-Lauzon) finished right behind each other in 23rd, 24th and 25th respectively.

Will Ng (Ottawa) closed out the Canadian contingent with a 29th-place finish and 14/20 from the range. 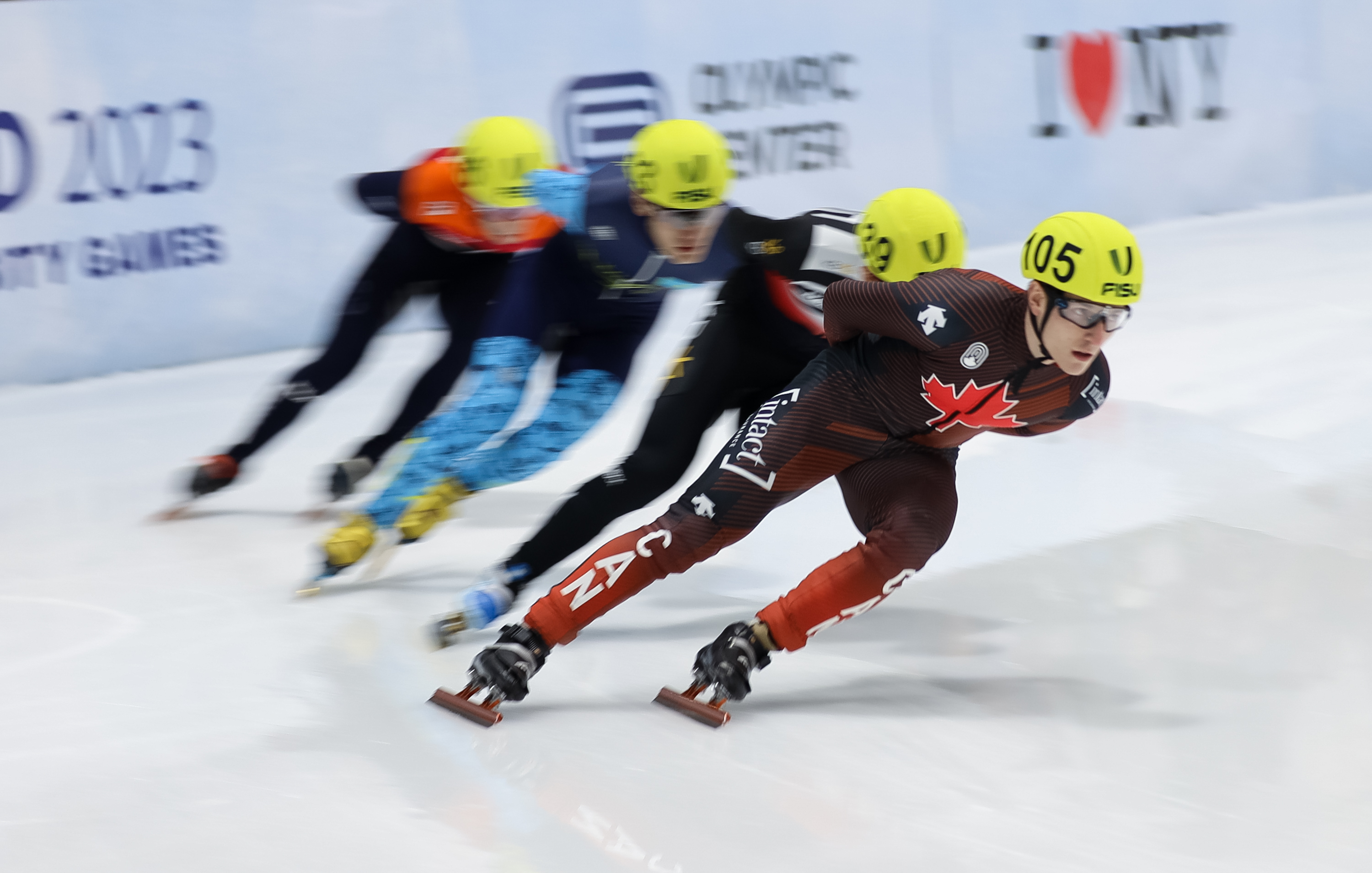 On the final day of competition in short track speed skating, there were medal hopes in the women's and men's relays, with both Canadian teams advancing to the A finals.

Unfortunately, in both the men's and women's races, the Canadians fell, giving them fourth places.

In the 1000m individual, it was Philippe Daudelin (Collège de Maisonneuve) who obtained the best Canadian performance with a 9th place. Jérôme Courtemanche (McGill) failed to advance to the quarterfinals.

On the women’s side, Anne-Clara Belley (Collège de Mainsonneuve), Wren Acorn (Athabasca) and Karina Montminy (UQAM) were unable to reach the quarterfinals. 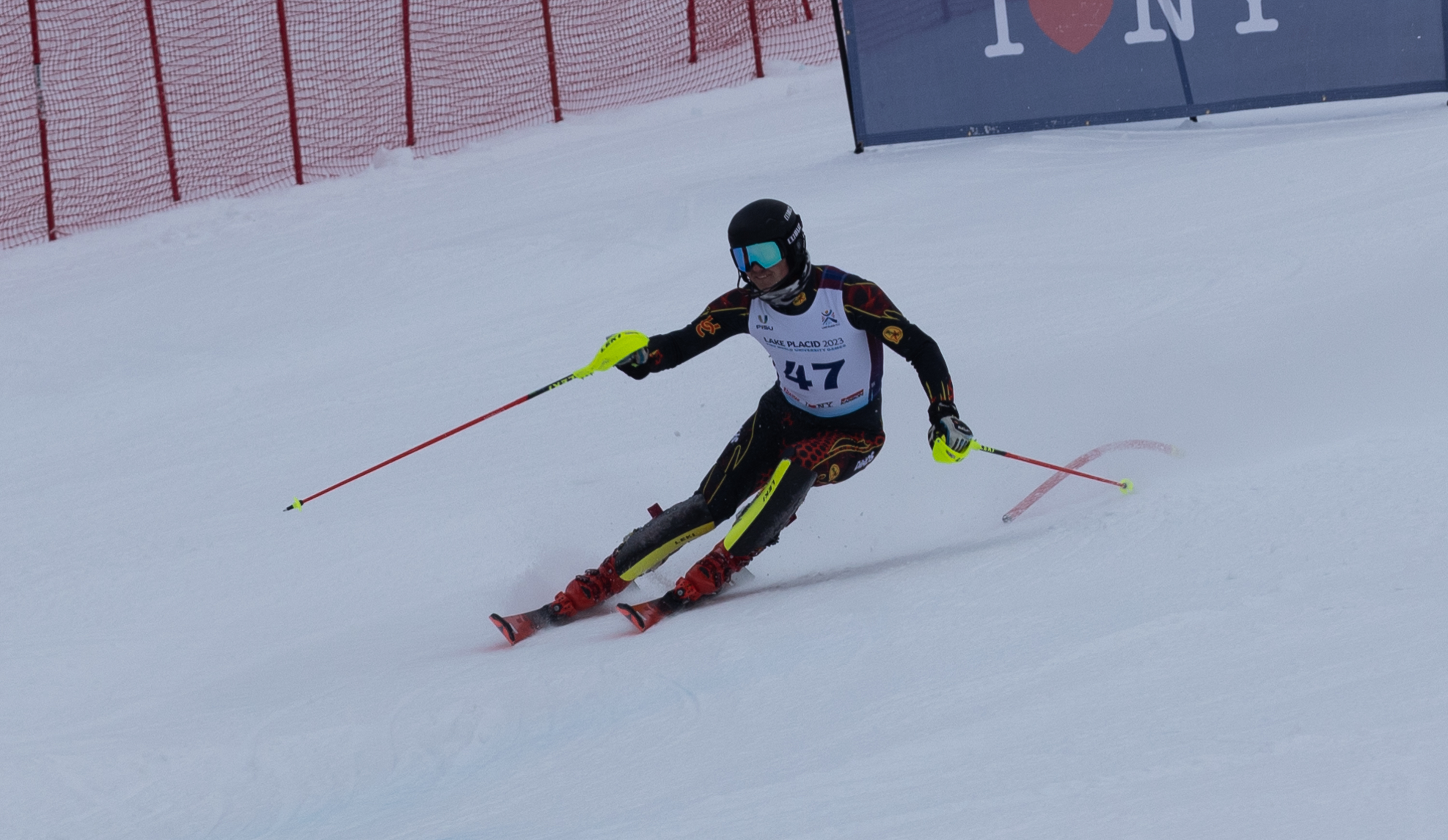 The alpine ski team concluded its Games with the presentation of the men's slalom on Saturday at Whiteface Mountain.

Taras Dets (Calgary) was the top Canadian with a 29th place. Colin Kress, also of Calgary, was 31st, while Pierre-Elliot Poitras (Montréal) and Caeden Carruthers (Alaska Anchorage) were 33rd and 34th, respectively. 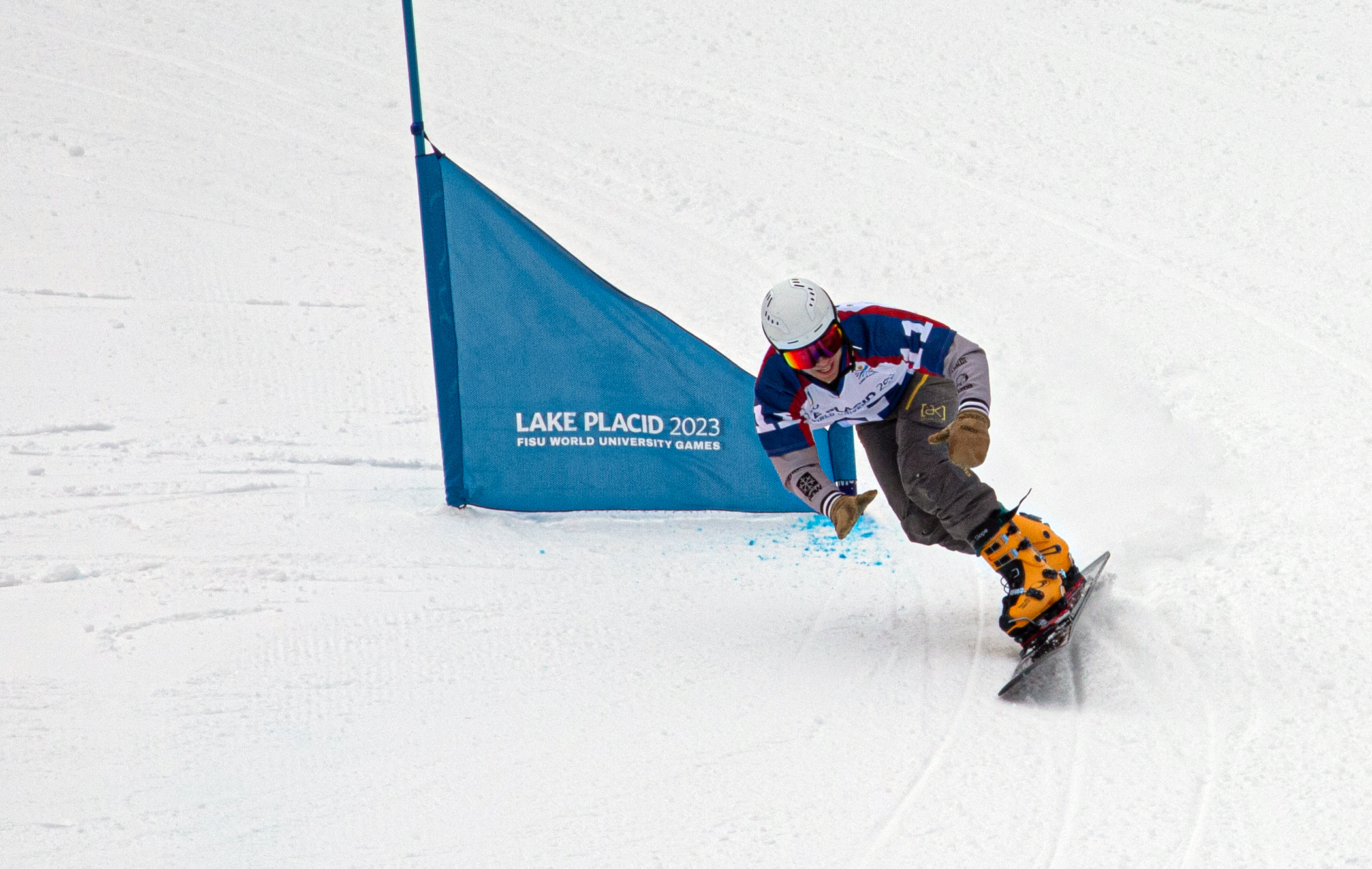 Canadian alpine snowboarders made their debut at these FISU Games, with the presentation of the parallel giant slalom. Canada had four men competing in this event.

Snowboarders will resume action on Sunday in the parallel slalom event.

The results of the FISU Winter Games 2023 are available here. Catch all the action on TSN.ca or the TSN app.