Every Tuesday, U SPORTS announces the Top 10 national rankings in its championship sports.

After an exciting first half of the season on our 56 campuses across the nation, this week we’re counting down the Top 10 moments of 2016 since the summer. From Olympic and World medalists, to exciting national championships; from major award winners to a new brand for university sport in Canada – the first half of the 2016-17 season was an impactful one. 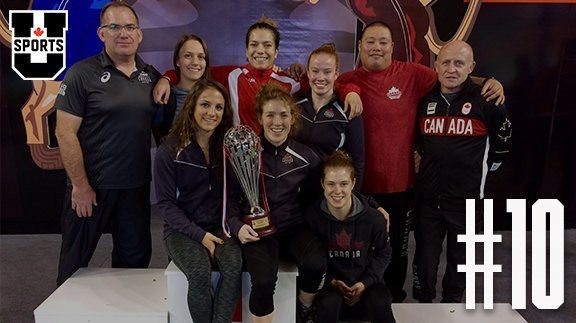 As the calendar turns, U SPORTS Team Canada is looking ahead to the 2017 Winter Universiade in Almaty, Kazakhstan (Jan.29-Feb.8). Team Canada rosters in the U SPORTS offerings of men’s and women’s hockey and curling will be announced the second week of January on usports.ca. 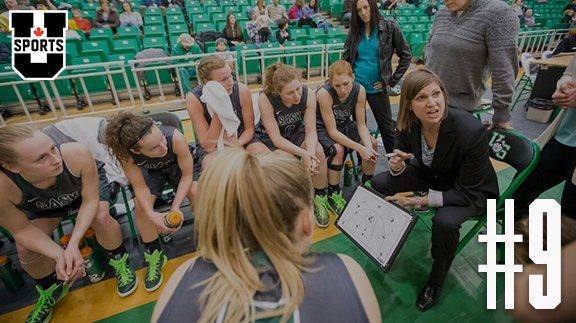 A number of prominent long-time U SPORTS staff had significant influence on their athletics programs in 2016.

Saskatchewan’s Lisa Thomaidis, head coach of the Canadian national team at the Rio 2016 Olympics, led the Huskies to their first national championship last March. Under Thomaidis’ watch, Saskatchewan has transformed into a perennial contender, with four Canada West titles, seven national appearances in the last eight seasons, and consistently being ranked in the U SPORTS Top 10 over the last nine years.

Another bench boss, Laval’s Glen Constantin, led the powerhouse Rouge et Or to their ninth Vanier Cup, the most of any U SPORTS football coach in history. Constantin, who has been with program since its inception in 1999 – first as a defensive coordinator – and then as head coach since 2001, has been a part of all 10 Vanier Cup appearances.

A  trio of of U SPORTS leaders also went in various directions this year – Toronto’s Beth Ali was named director of KPE co-curricular athletics and physical activity programs, while Western’s Thérèse Quigley called it a career after more than 20 years years serving the Mustangs and McMaster Marauders and Concordia’s Patrick Boivin, who served as athletic director since 2013, was also recently hired as president and CEO of the Montreal Alouettes. 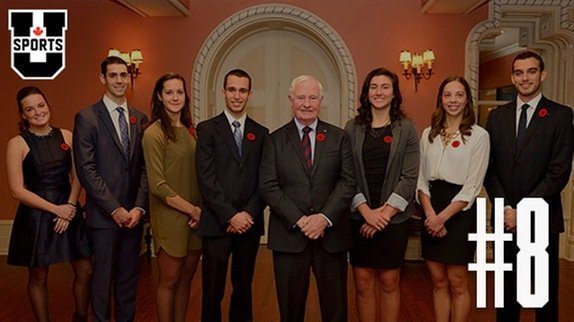 The eight honourees – one male and female from each conference – each achieved an academic average of 80 per cent or better during the 2015-16 season, while competing for one or more of their school’s varsity teams. Collectively, six different sports and seven majors are represented by this elite group of student-athletes. 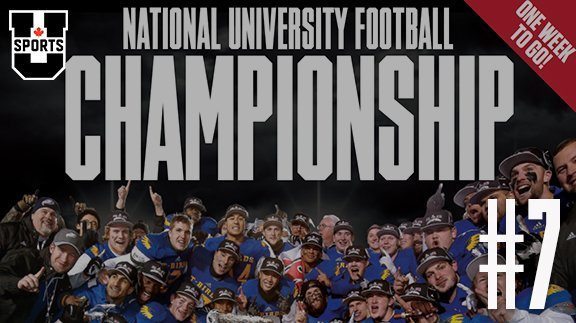 This season, U SPORTS launched a national Correspondent program, allowing student-journalists from across the country to tell the human interest stories behind our student-athletes, coaches and championships. The program gives student media the opportunity to build their portfolio on a national platform, while providing U SPORTS the chance to feature its members more prominently.

In the week leading up to the Uteck and Mitchell Bowl national semifinal games, U SPORTS Correspondents produced the content for an eight-page insert in the Hamilton Spectator, the main daily newspaper of the host city of the 52nd ArcelorMittal Dofasco Vanier Cup. This special section highlighted the final four teams in contention for the championship game, as well as the event’s history, both all-time and related to McMaster and the City of Hamilton’s involvement.

# 6. U SPORTS Football Game of the Week on City TV 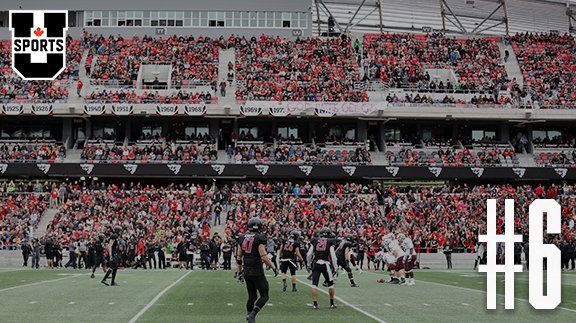 U SPORTS regular season football returned to national television in 2016 for the first time in three seasons after an extension of the agreement with Sportsnet, which now includes the U SPORTS Football Game of the Week on City TV. From Sept. 17 to Oct. 15, four highly-anticipated games aired from coast-to-coast, highlighted by the annual Panda Game between the Ottawa Gee-Gees and Carleton Ravens. A sellout of 23,000 at TD Place – the largest crowd in modern history to take in a regular season U SPORTS football game – saw the Ravens prevail 43-23 over their cross-town rivals, in the annual battle for football supremacy in the nation’s capital.

The remaining three games included Western visiting Queen’s and Guelph, in the opening of the new Richardson Stadium and an OUA Yates Cup rematch on homecoming weekend, along with an AUS homecoming battle featuring Acadia hosting Mount Allison. 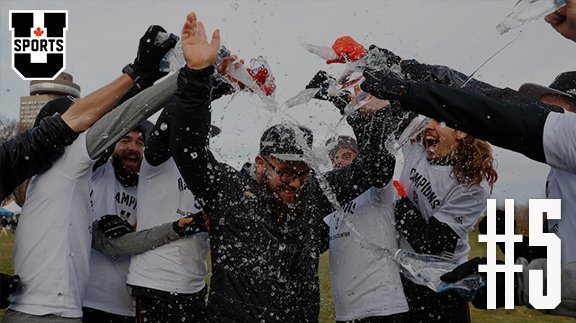 The UBC Thunderbirds extended an unprecedented run on top of the women’s field hockey podium, winning a record sixth straight and 18th title overall, via a 2-1 comeback shootout win over rival Victoria.

In women’s rugby, the StFX X-Women handed the Ottawa Gee-Gees its first loss of the season in the championship final – a 27-19 victory for its fifth national title.

In women’s soccer, striker Léa Chastenay-Joseph scored the game-winner in the 88th minute, as the Laval Rouge et Or captured their second championship in three seasons with a 2-1 win against No.1 and defending champion UBC.

The Alberta Golden Bears earned their first men’s soccer championship banner since 2006, as midfielder Ajay Khabra scored the title-clinching goal in the 58th minute in a 1-0 win over UQAM.

In cross country, Guelph continued its dominance on the national level, winning its 12th straight women’s title – a run that began in 2005. Meanwhile, the Laval men, running on home course on the Plains of Abraham in Quebec City, brought home the Rouge et Or’s second title of the fall season and first in men’s cross country.

# 4. U SPORTS athletes bring home the hardware at Rio Olympics 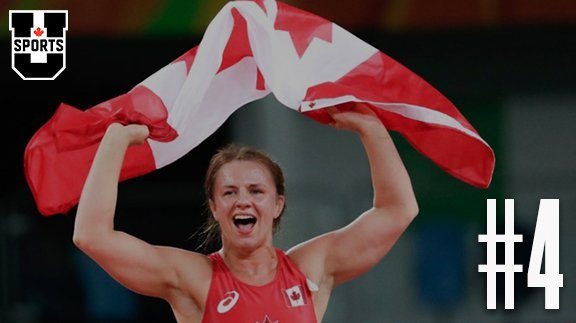 Current and former U SPORTS athletes proved they can compete with the best in the world this summer, with 16 athletes winning medals for Canada at the Rio 2016 Olympics. 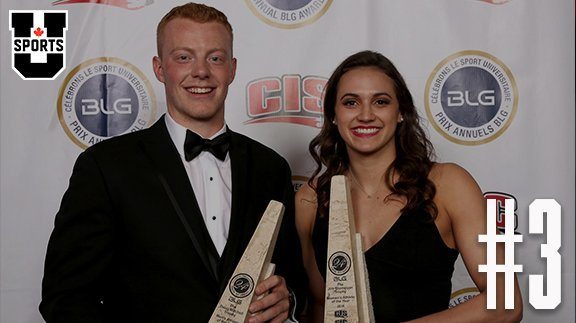 Since winning the prestigious BLG Award as U SPORTS Athletes of the Year for the 2015-16 season in May, current Toronto Varsity Blues swimmer Kylie Masse and former Calgary Dinos quarterback Andrew Buckley took their game to the next level in 2016.

Masse, a second-year kinesiology major at U of T, won the bronze medal in the 100-metre backstroke at the Rio 2016 Games, breaking her own Canadian record of 59.06 seconds – set at the Canadian Olympic trials in April – in the process, with a time of 58.76. Masse followed up her Olympic performance with a pair of silver medals in the 100-metre back and 4x100-metre medley relay at the FINA world short course championships in December in her hometown of Windsor, Ont.

Buckley, who was drafted by his hometown Calgary Stampeders in the 2016 CFL Draft, appeared in all 20 regular season and playoff games, scoring eight rushing touchdowns, tied for most by a Canadian quarterback. Buckley also recorded a touchdown in the Grey Cup against the Ottawa RedBlacks, becoming the first Canadian QB to do so since 1968. 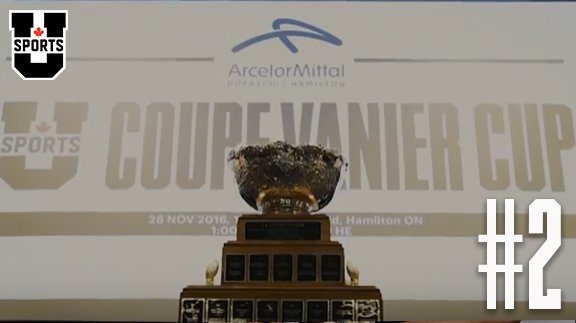 On November 26th, the Laval Rouge et Or defeated the Calgary Dinos 31-26 to win a record ninth Vanier Cup title and first since 2013 at Tim Hortons Field in Hamilton, Ont. The first national championship awarded under the U SPORTS brand, the 52nd ArcelorMittal Dofasco Vanier Cup was also the first national football championship organized in house by U SPORTS. The event, which was broadcast across the country on Sportsnet and TVA Sports, also included a week of ancillary events leading up to the big game, featuring an official kick-off with local partners and sponsors, a live meet-the-teams media conference on Sportsnet NOW, and a pre-game festival presented by Horizon.

# 1. A new brand for university sports in Canada 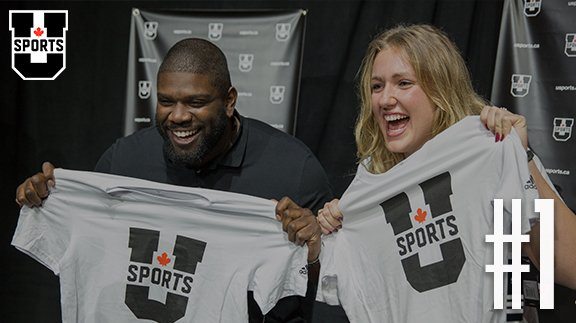 On Oct.20, U SPORTS was born to mark the beginning of a new era.  The new official national brand of record for university sports in Canada, which replaced former moniker Canadian Interuniversity Sport (CIS), unites 12,000 student-athletes, 500 coaches, 56 universities 21 national championships and 12 sports.

The U SPORTS brand was launched through a double event (Toronto and Montreal), which was visible across the country via webcast and innovative live-coverage on social media including an exclusive series of videos involving key OUA and RSEQ student-athletes. The brand and logo was developed by design firm Hulse & Durrell, who have created new national brands for sports organizations such as the Canadian Olympic Committee, Swimming Canada and Equestrian Canada, among others.

Story of the brand: